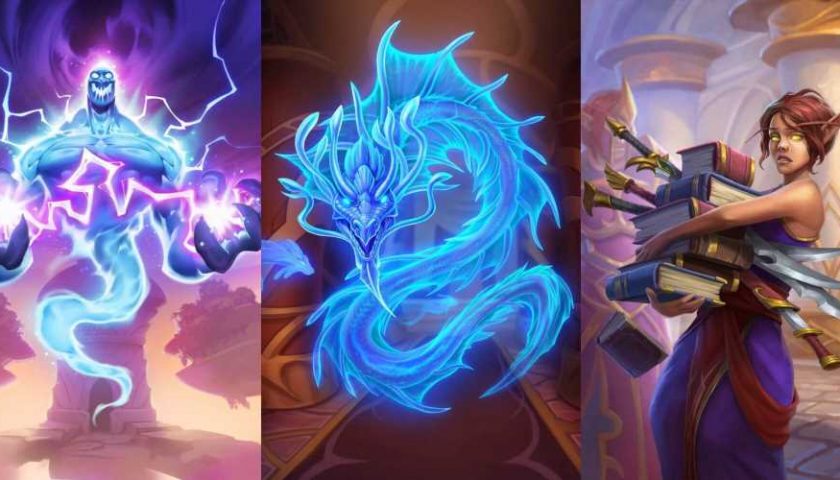 The March of the Lich King expansion pack brings 145 more cards to Hearthstone, including ten more for the Mage class. Even though there aren’t many Mage cards in the expansion, the ones here are fit for a wide variety of usage.

When building a deck, you want to consider how cards will interact with each other and how you intend to play them against opponents. This makes aspects such as cost, stats, and abilities all matter, and can make what might seem like a great card alone less appealing when grouped in with others. March of the Lich King brings creative Mage cards to your deck that can suit any need. 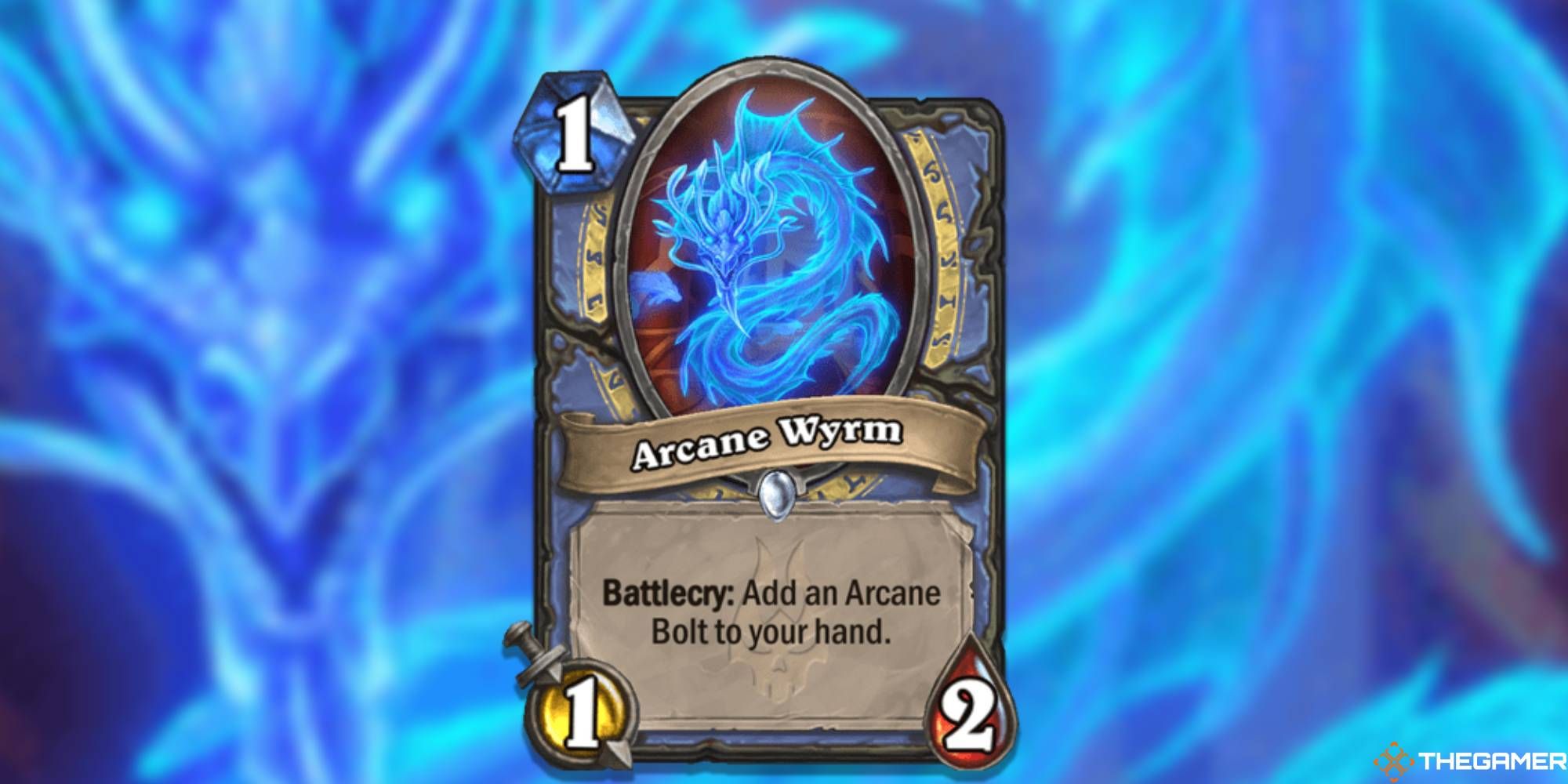 Arcane Wyrm is a common Minion that’s cost-efficient to play. Its Battlecry will put an Arcane Bolt in your hand, which will deal different amounts of damage based on your available mana.

The Arcane Bolt this card brings is more powerful than the card itself, so it depends on your personal deck and gameplay whether you find Arcane Wyrm more or less helpful. That said, the ability to get another card just by playing this one does make it useful, especially early in the game. 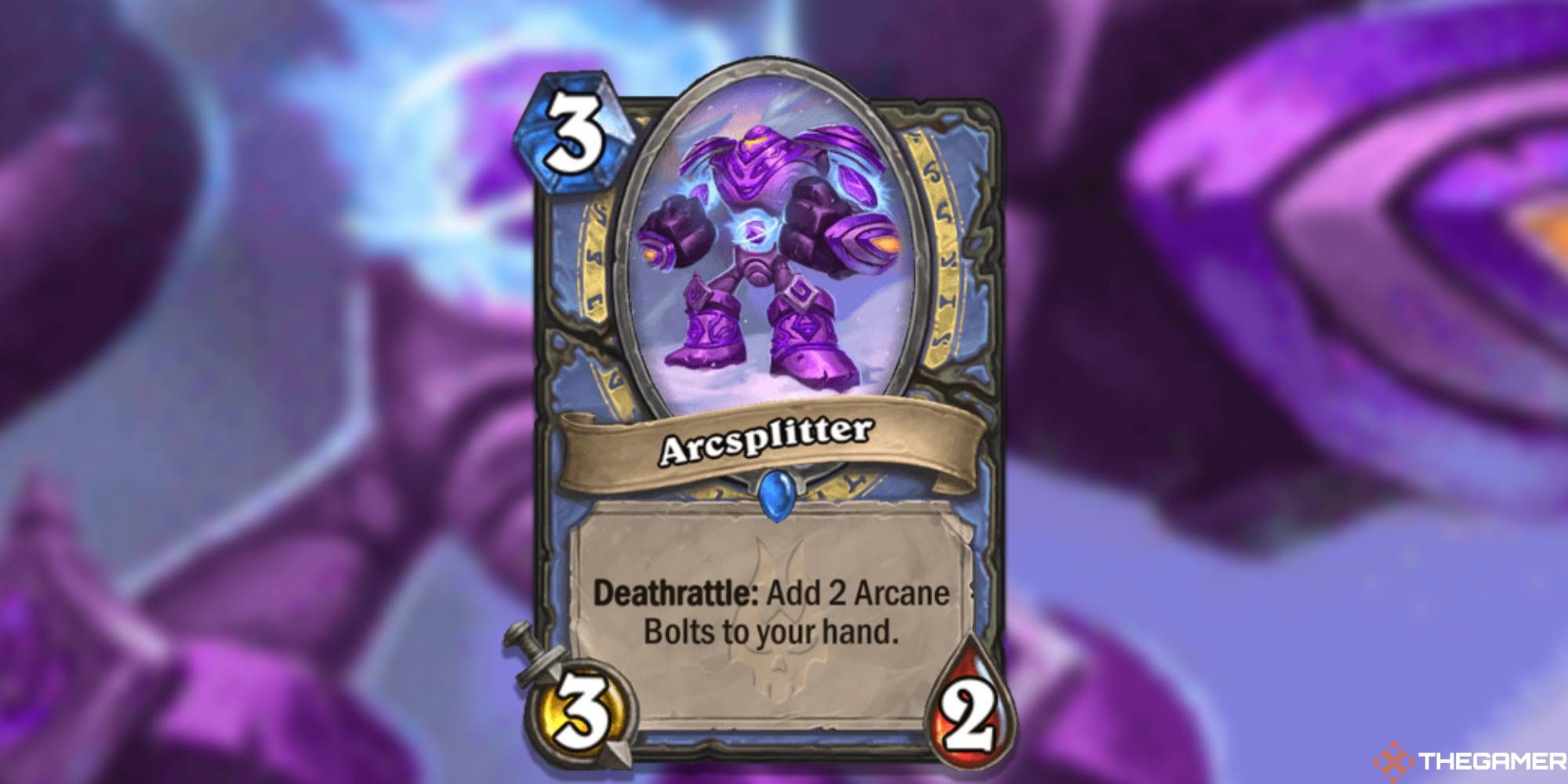 A rare Minion, Arcsplitter provides 3/2 stats, unlike Arcane Wyrm, and gives you two Arcane Bolts with its Deathrattle, so if you can get this card, adding it to your deck will be more beneficial than Arcane Wyrm.

Since it has low stats, you’re probably still going to want this mainly for the Arcane Bolts it brings after it has been destroyed, but at least it can do some damage to enemy cards before it meets its demise. 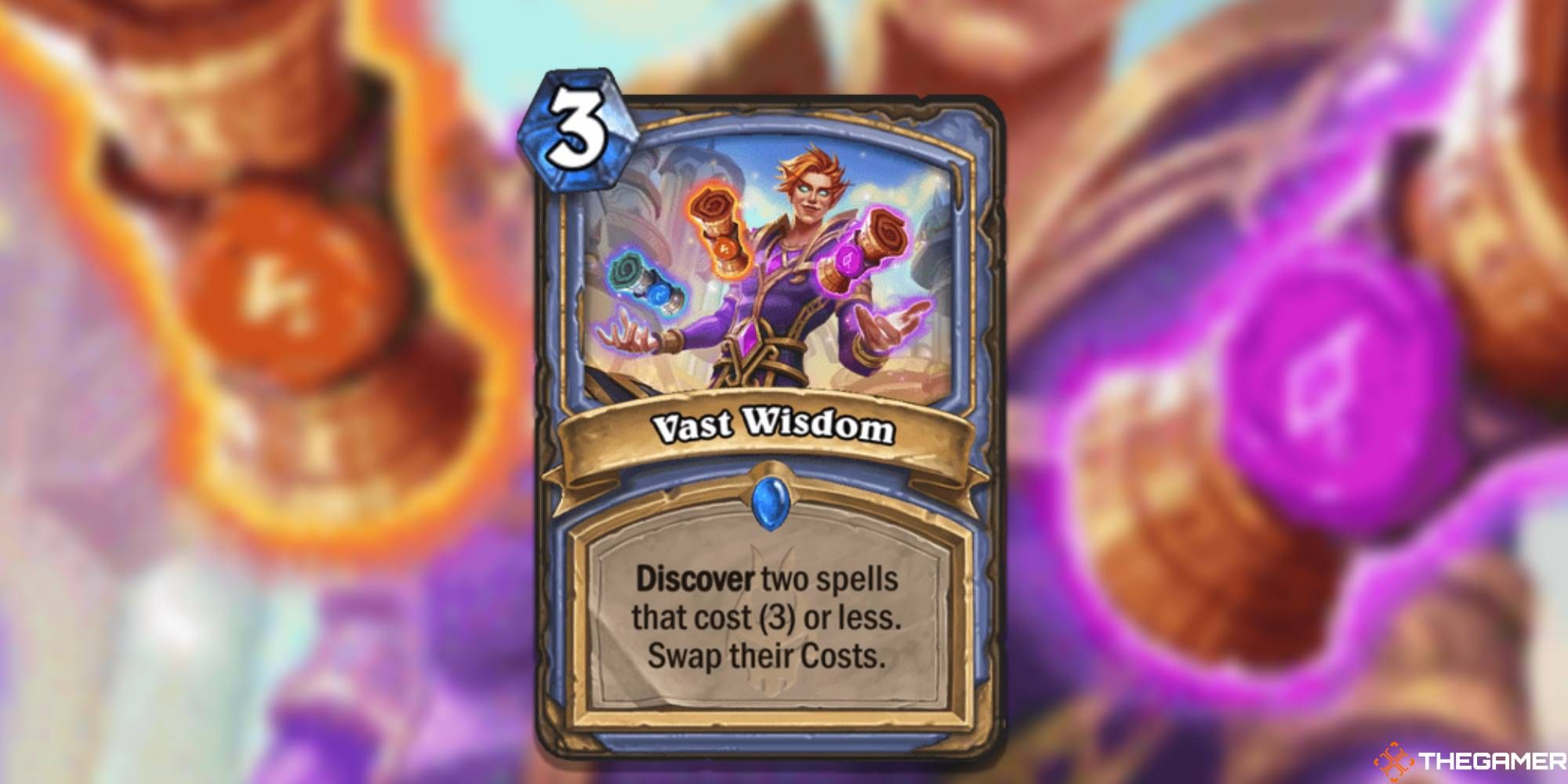 Vast Wisdom is a rare Spell that will allow you to Discover two Spells that cost up to three mana, then switches their price. How important this card is to you will depend on what Spells you have in your deck, and which ones are cheap to use.

Still, you’ll gain two Spells in hand that you can use early in the game by playing Vast Wisdom, which can give you the upper hand or at the very least give you more options with the limited mana you have available. 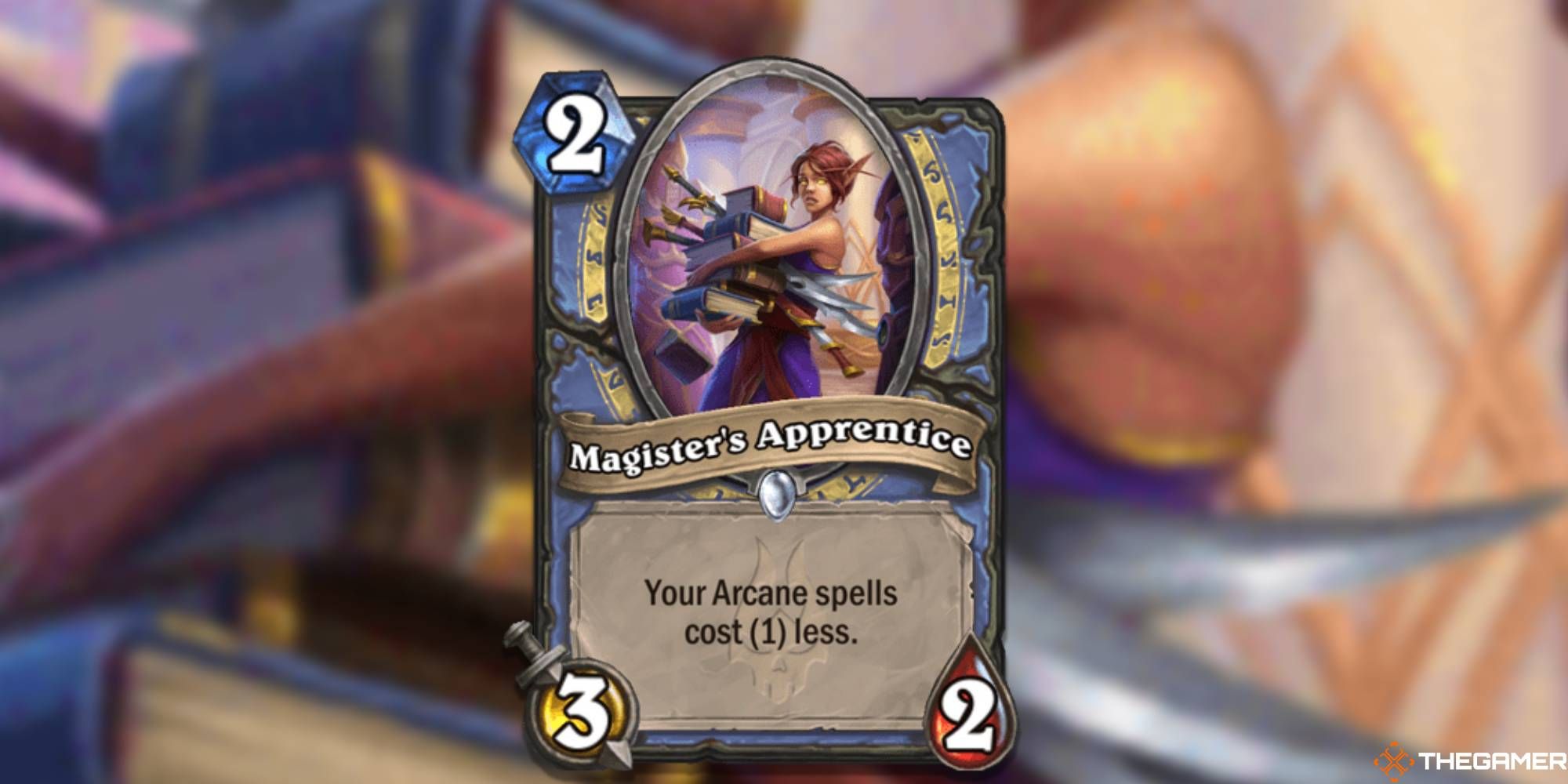 Magister’s Apprentice is a common Minion that’s low-cost to play and can deal three Attack damage. If you have Arcane Spells in your deck, you’ll definitely want to add this in there, too, because it will reduce the cost by one mana when played.

If you have this in your hand later in the game, it could save you some mana and allow you to play one card more than you otherwise would be able to if everything was full-cost. Even if that doesn’t affect how you intend to play your hand, Magister’s Apprentice having decent stats on its own makes it useful on the field. 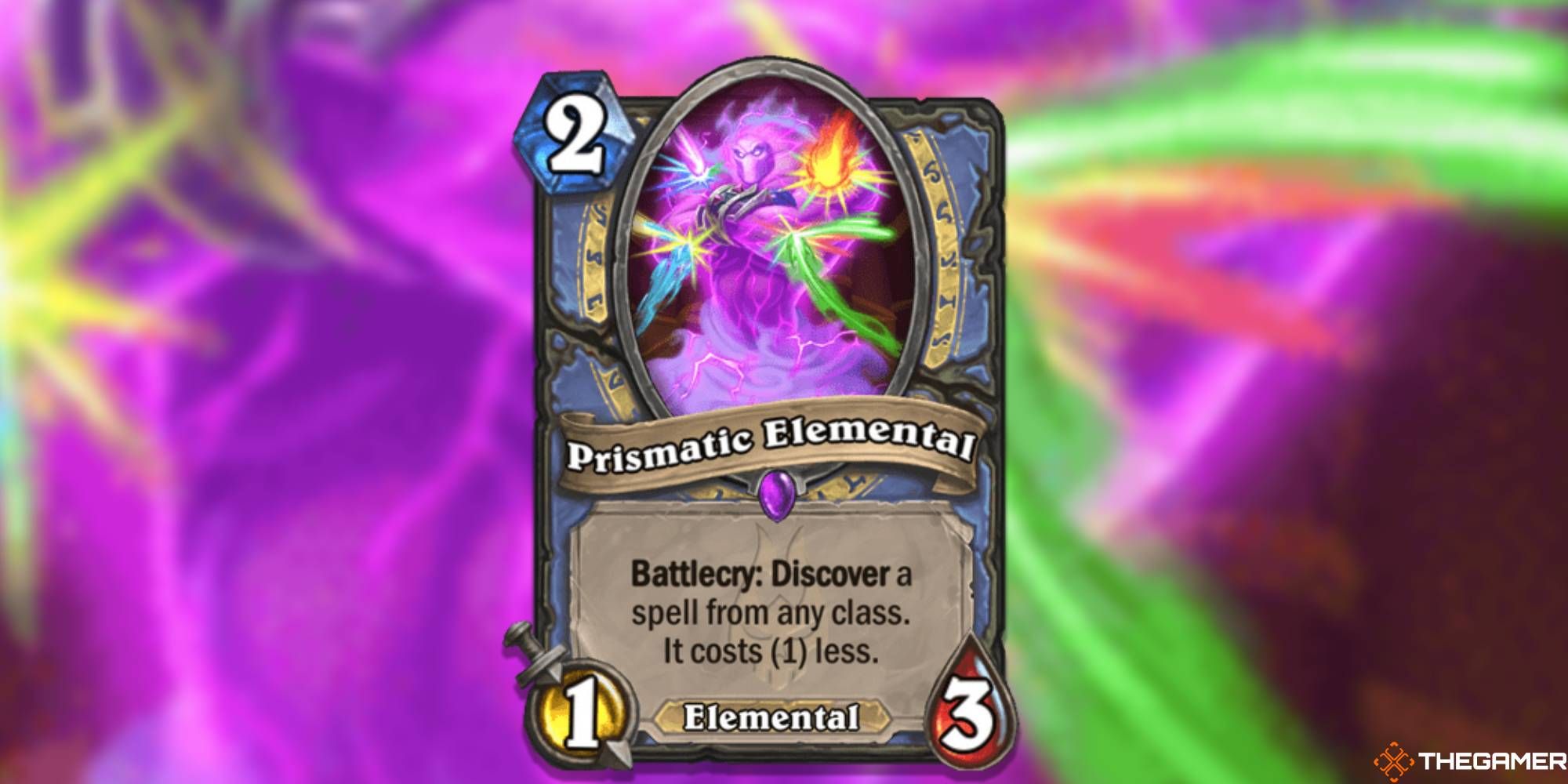 Prismatic Elemental is an epic Minion with low stats. It does, however, use its Battlecry to Discover a Spell from another class – no restrictions on which class it pulls from. When that Spell is played it will cost one less mana than labelled.

Though Prismatic Elemental doesn’t have great stats of its own to help you fight against your opponent, being able to use nearly any Spell in your deck at a cheaper rate will help. The stronger your Spells, the better this card is to have in your deck. 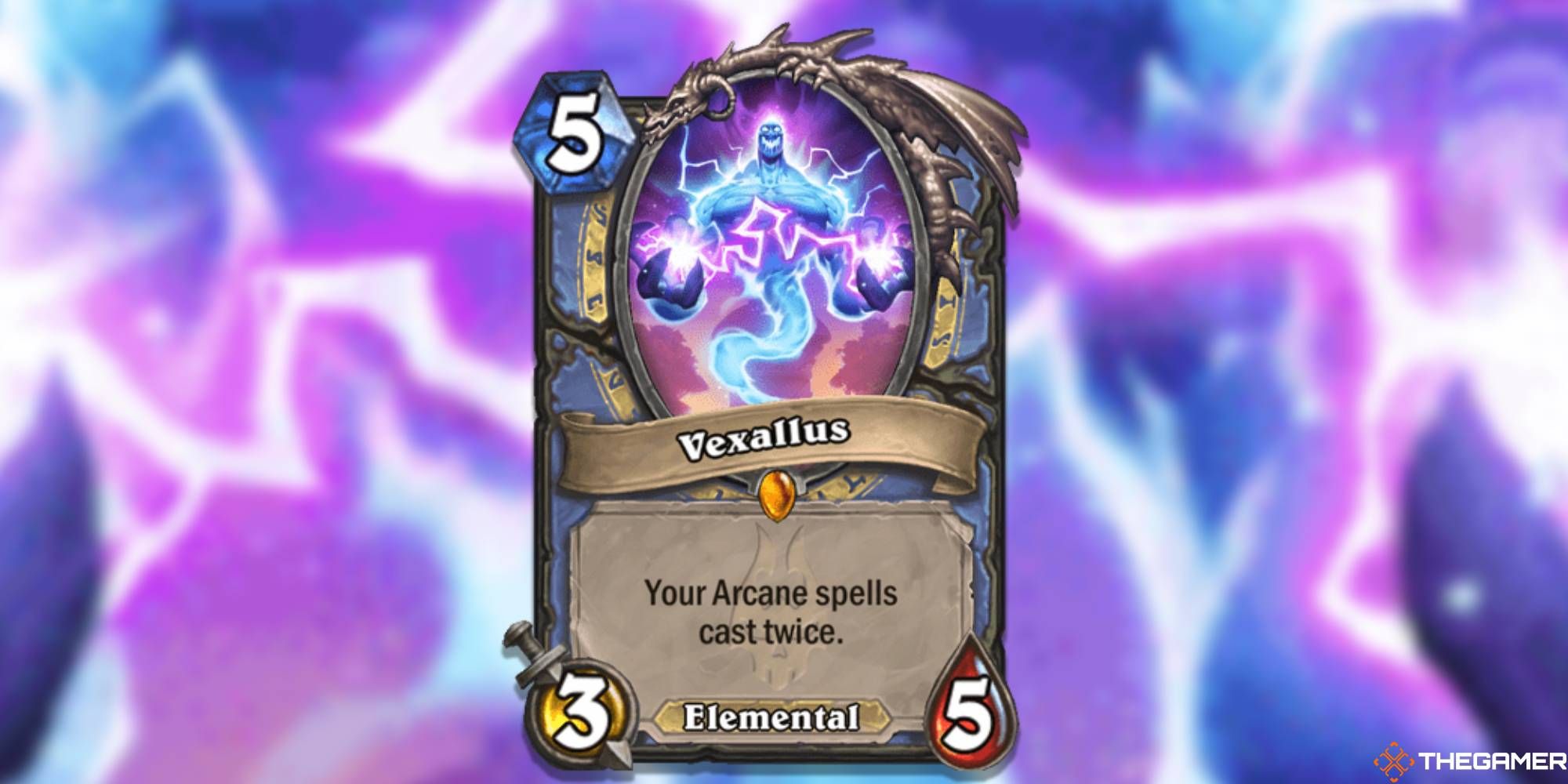 A legendary Minion, Vexallus will set you back five mana but makes your Arcane Spells work twice, which seems like a fair trade. Being able to cast Spells two times before the card is used up is a sneaky way of adding cards to your deck without actually doing it.

This means, however, you will need to be more deliberate and careful in your selection of Arcane Spells for your deck because you’ll want them to pack as much of a punch as possible when you’re using them double. 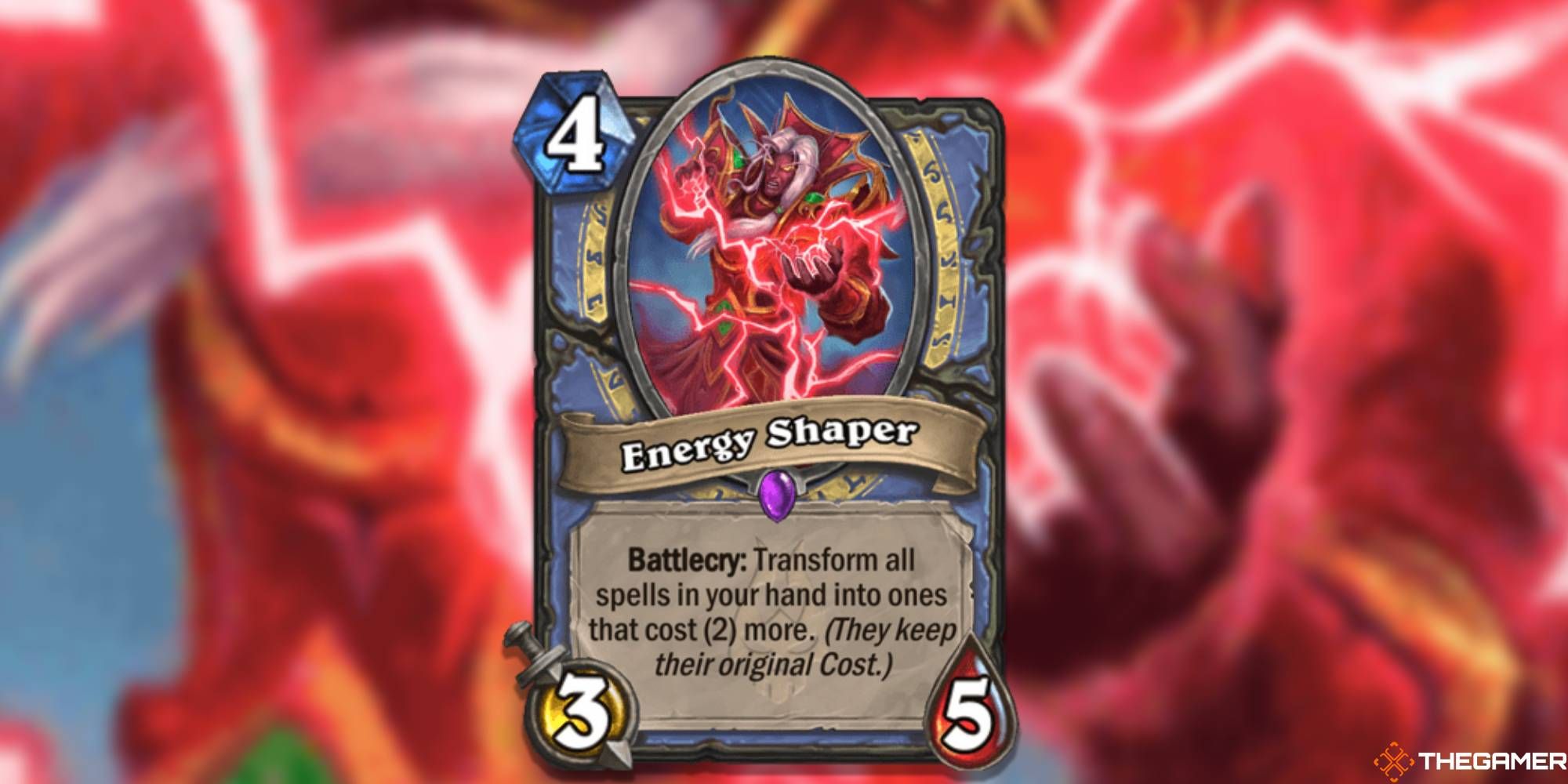 Energy Shaper is an epic Minion with a Battlecry that makes all the Spells in your hand change to Spells that cost two mana more, but the original mana price will remain. Essentially, Energy Shaper will give you better Spells in place of what you have without charging you more mana.

This card will work well with all Spells you have in your deck, as well as help on the field against your opponent’s Minions with three Attack and five Health stats. 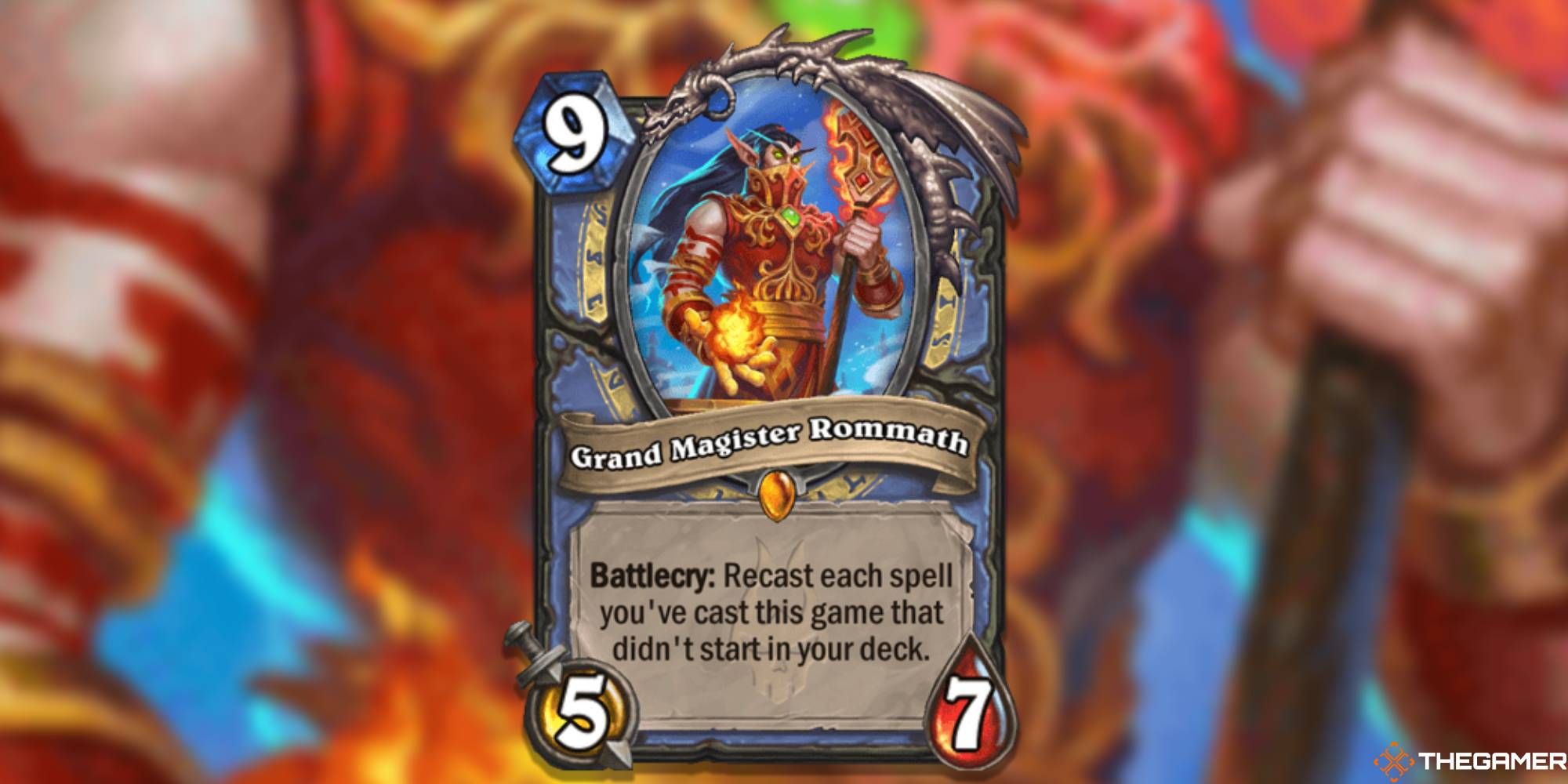 This legendary Minion costs quite a bit, and will most likely only be playable in the final two turns of your game. That said, Grand Magister Rommath does have 5/7 stats to give your enemy cards a run for their money.

You’ll also be able to recast the Spells you’ve used throughout the game that didn’t start in your deck, so however many you’re able to cast during your turns will determine how helpful this Battlecry effect is for you and your game. 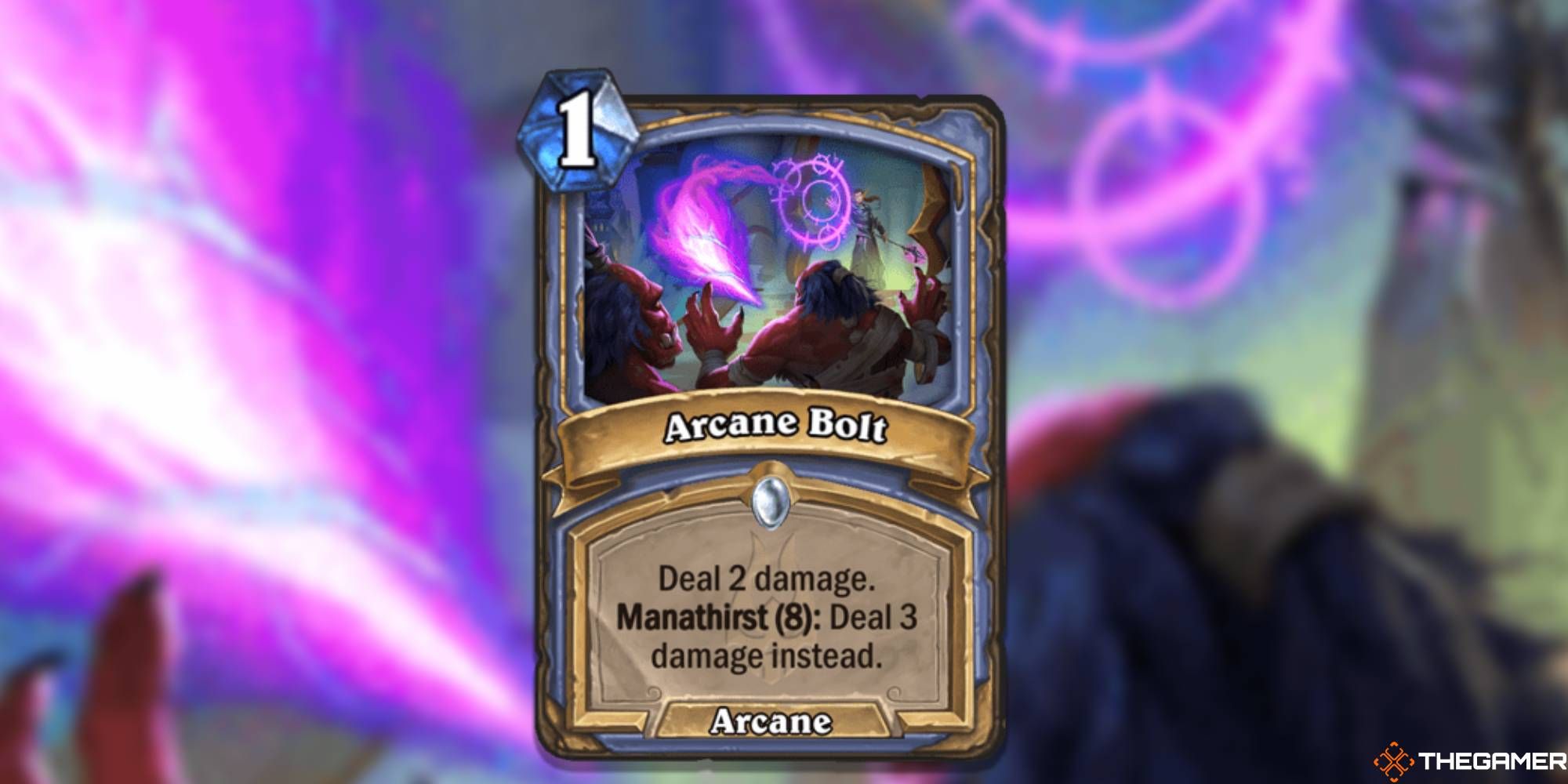 Arcane Bolt is a common Spell that deals two damage when used. This is most likely what you’ll gain from it when it's summoned by Arcane Wyrm and Arcsplitter, and while it isn’t a major hit, any damage helps you win.

If you have eight mana when you play Arcane Bolt, however, Manathirst is triggered and will make this deal three damage to a target. Again, this doesn’t seem like much, but later in the game when you’d have eight mana to spend, it could be the difference between winning and losing. 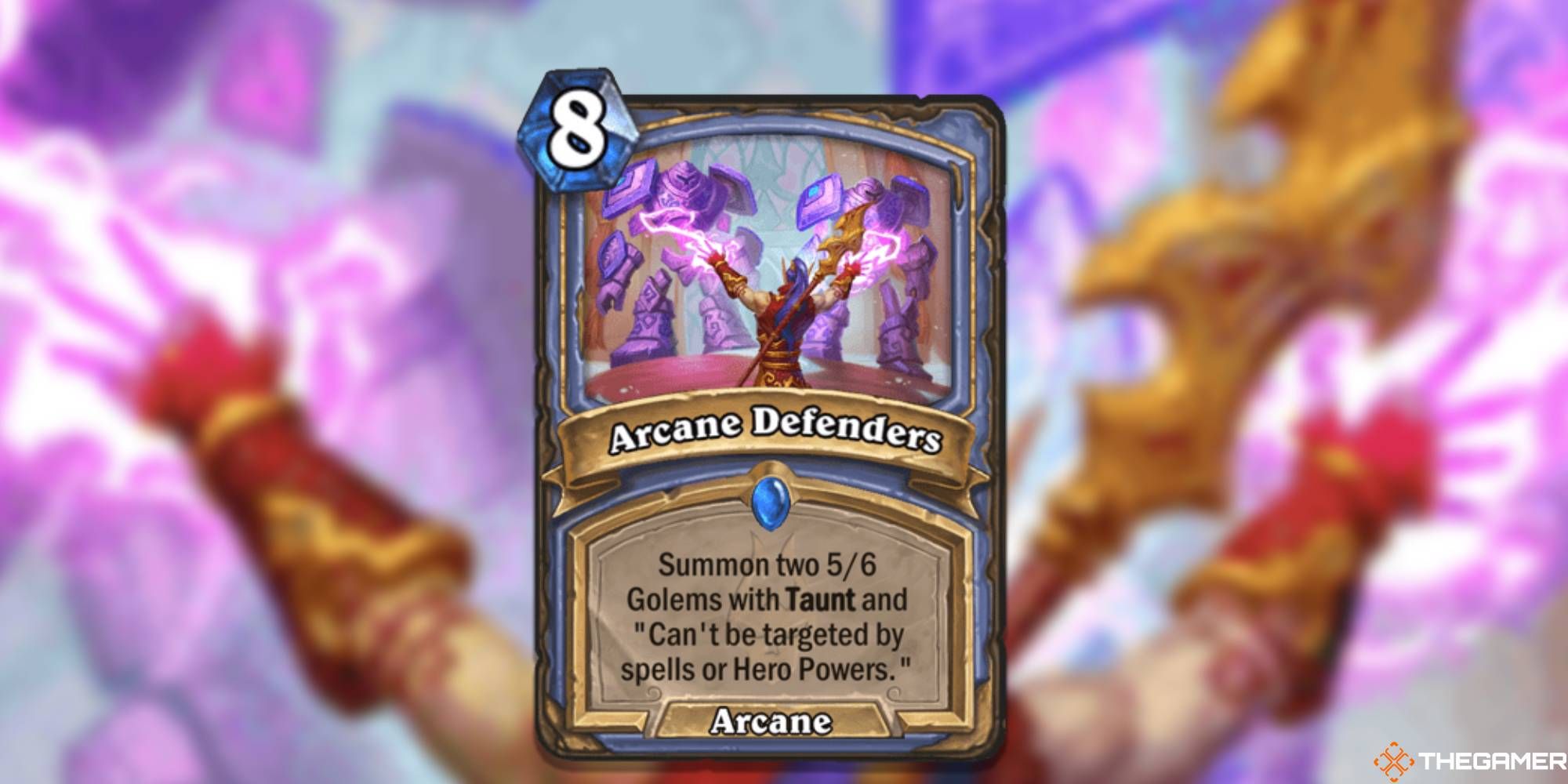 Arcane Defenders is a rare Spell that will cost you eight mana to play in the game. In return, you’ll gain two Golems with five Attack and six Health stats, and both will have Taunt active. These Golems will also be unphased by Spells or Hero Power, making them strong walls for your other cards.

You’ll be playing Arcane Defenders toward the end of the game, and with the extra security barring your opponent from attacking you or your other cards directly, this will do wonders for pushing you over the edge and giving you the victory.