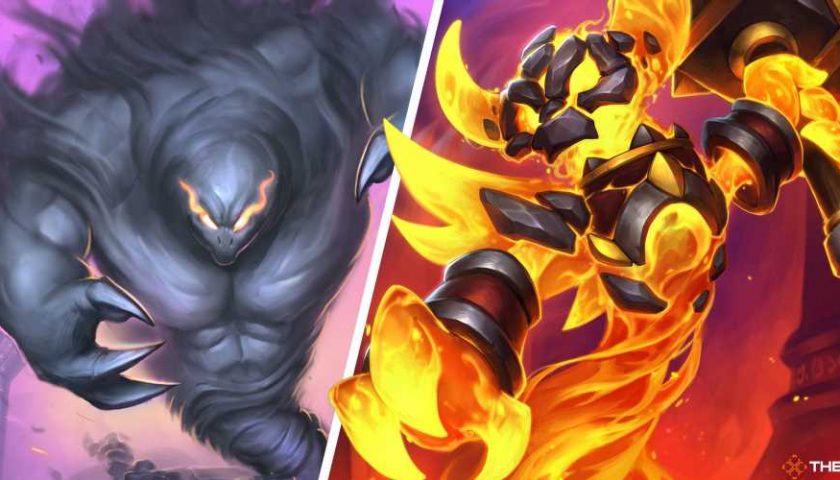 Elementals in Hearthstone Battlegrounds are all about creating minions with big stats. That's true of most builds, but Elementals really commit to it. They have many ways to get there, the most prominent of which is a neutral minion: Nomi, Kitchen Nightmare. But whatever path you choose, you will often end up with some of the highest stat totals in the game.

Many of these synergies don't really need specific Elementals to work, but some minions of this type are still better than others. This list will help you decide which are the best Elementals for helping you build stats, and the best to put those stats on. 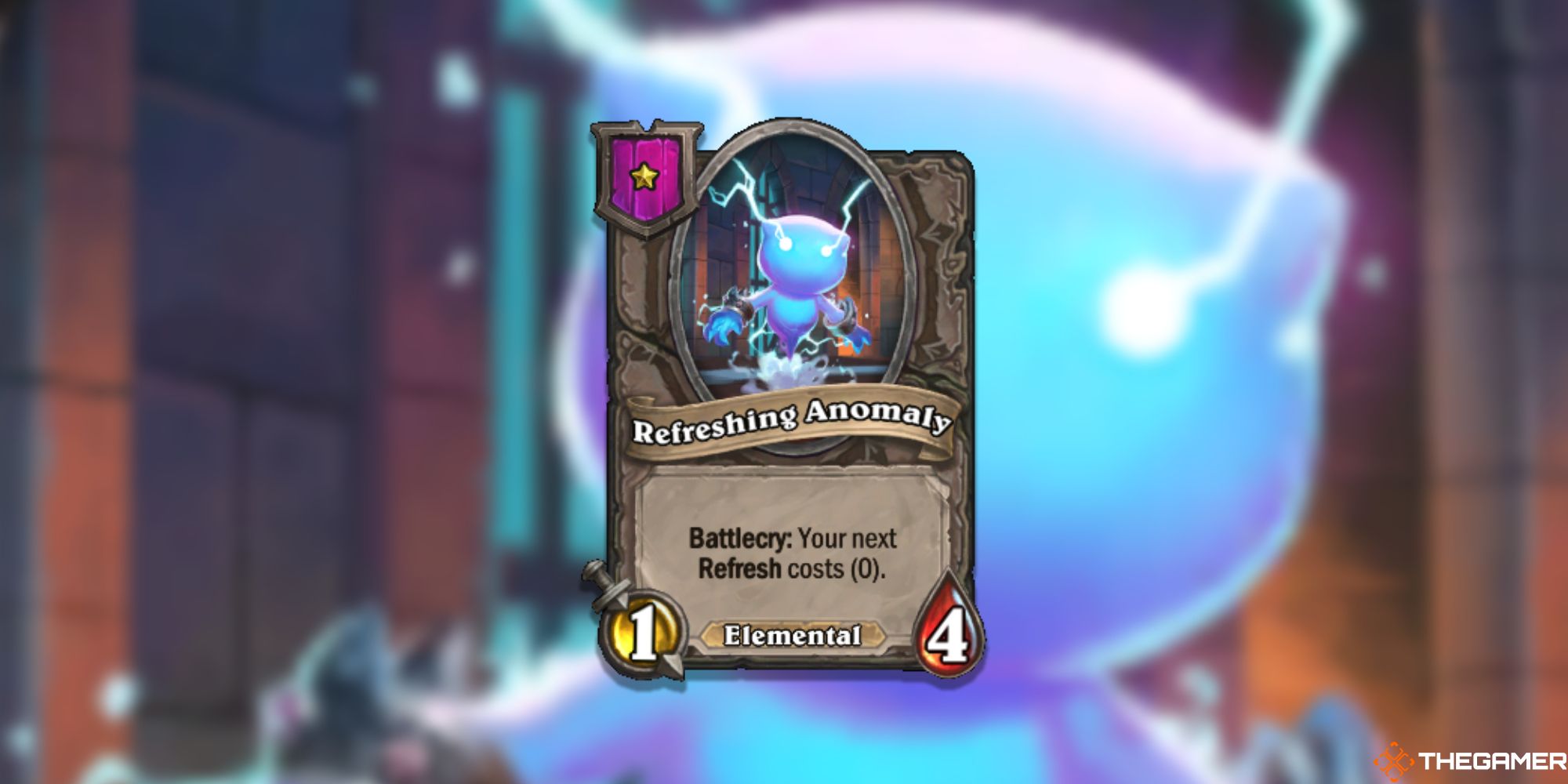 Free rerolls are good in basically every scenario, effectively giving you extra gold. However, the Refreshing Anomaly's ability has some flaws as well, most notably that its effect becomes redundant in Elemental builds later in the game, as they have better ways to accomplish the same goal. 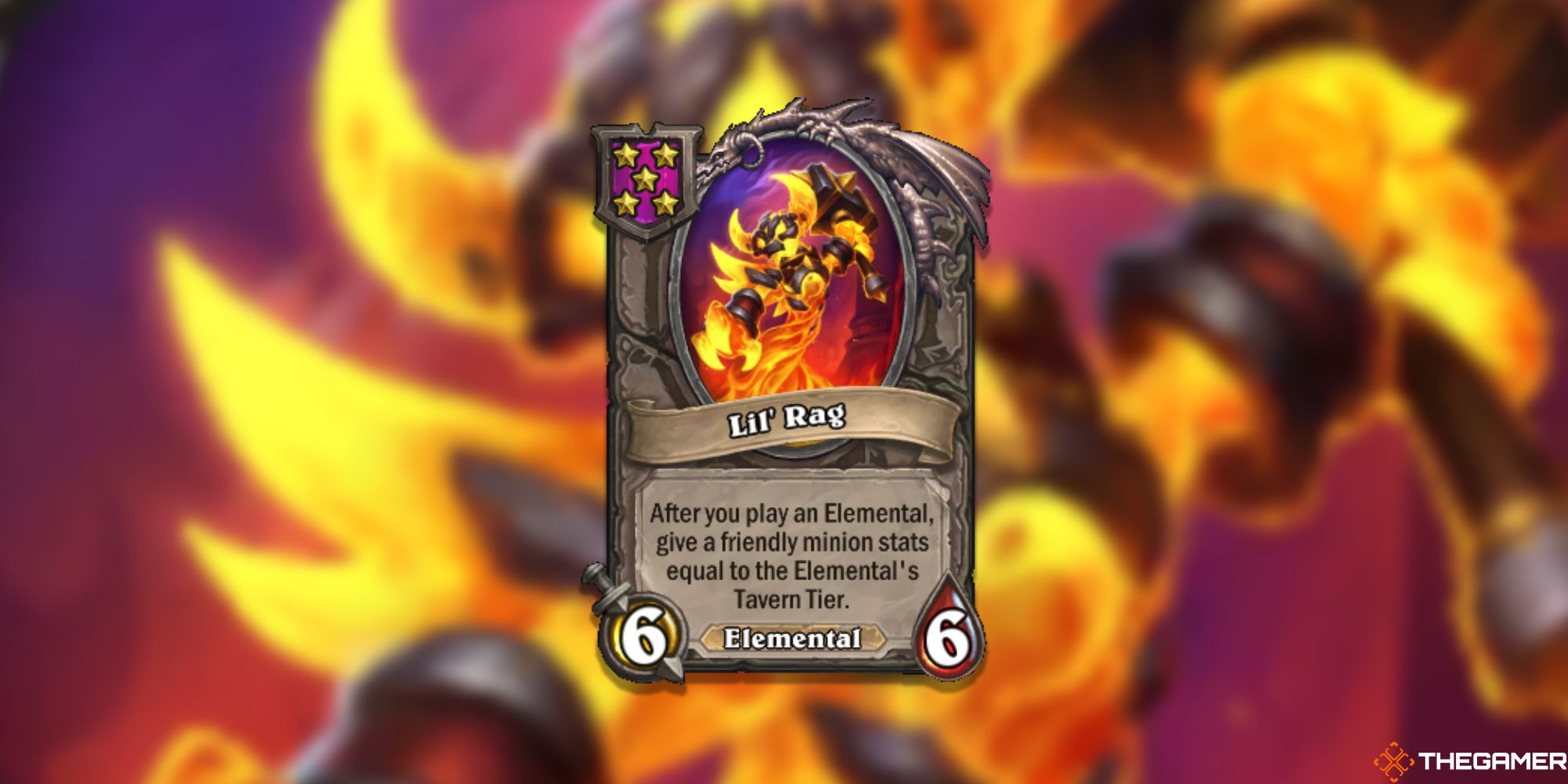 Lil’ Rag’s biggest problem is that he is just worse than Nomi. If given the choice between the two, Nomi will basically always scale your Elementals more. And since they are both Tavern Tier 5 minions, there is rarely a reason to take Lil’ Rag over his superior counterpart.

That said, Lil’ Rag does provide more stats in the short term, so if you need to scale Elemetals for the next fight, he can be a better option. And of course, there will be times when you play both Lil’ Rag and Nomi, increasing your scaling even further, although that’s often not needed in a fully online Nomi build. 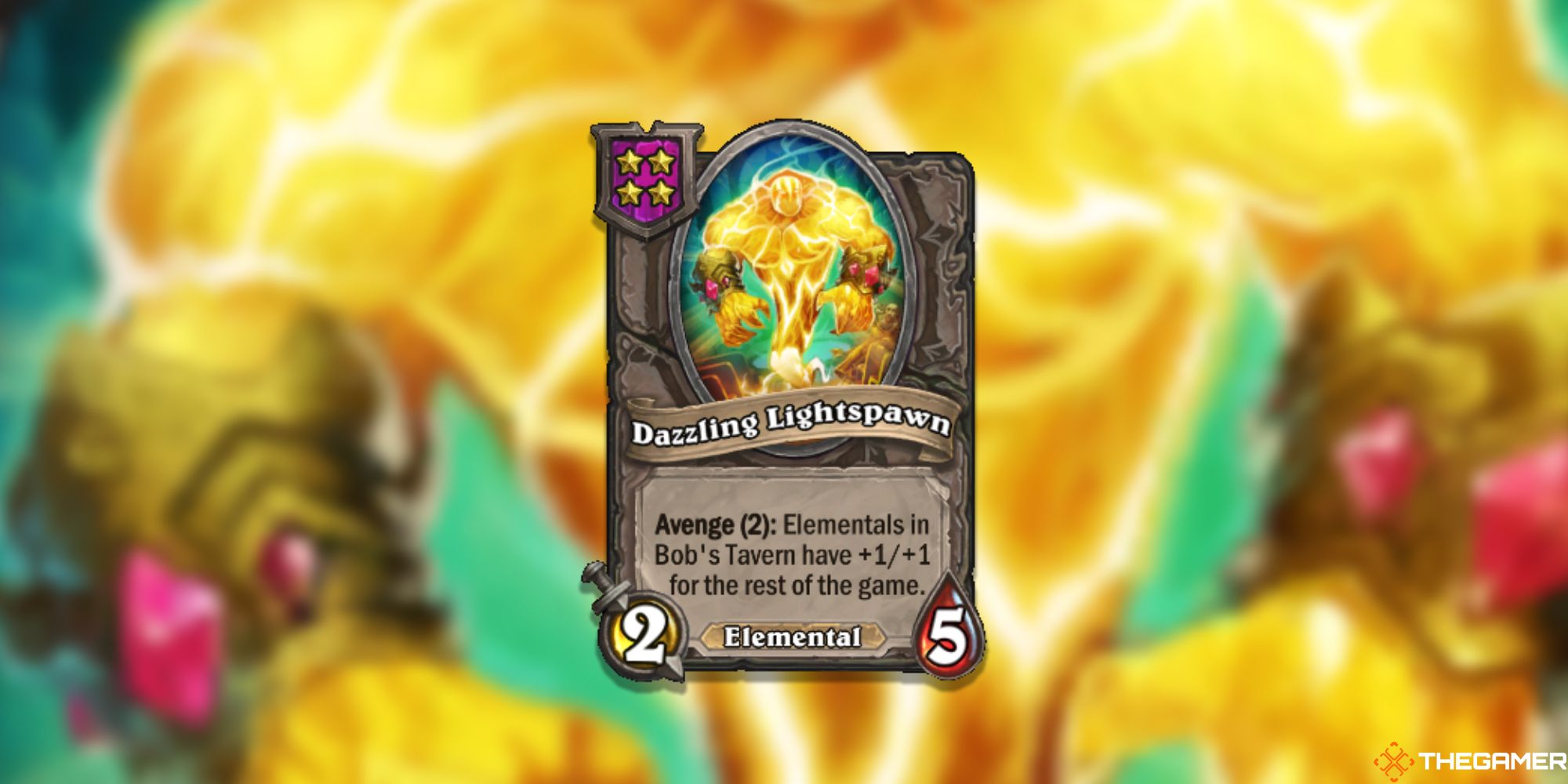 Dazzling Lightspawn is the scaling option Elemental builds use while they’re waiting to find Nomi. Even with some Deathrattles in your build, it just doesn’t scale quickly enough to compete with the heavy hitters of Battlegrounds.

But even though it will be replaced later in the game, the Lightspawn can still be a useful card to pick up. A couple boosts to the Elementals in your Tavern can be enough to win early fights. That is especially useful for Elemental builds, which can be slow to get going. 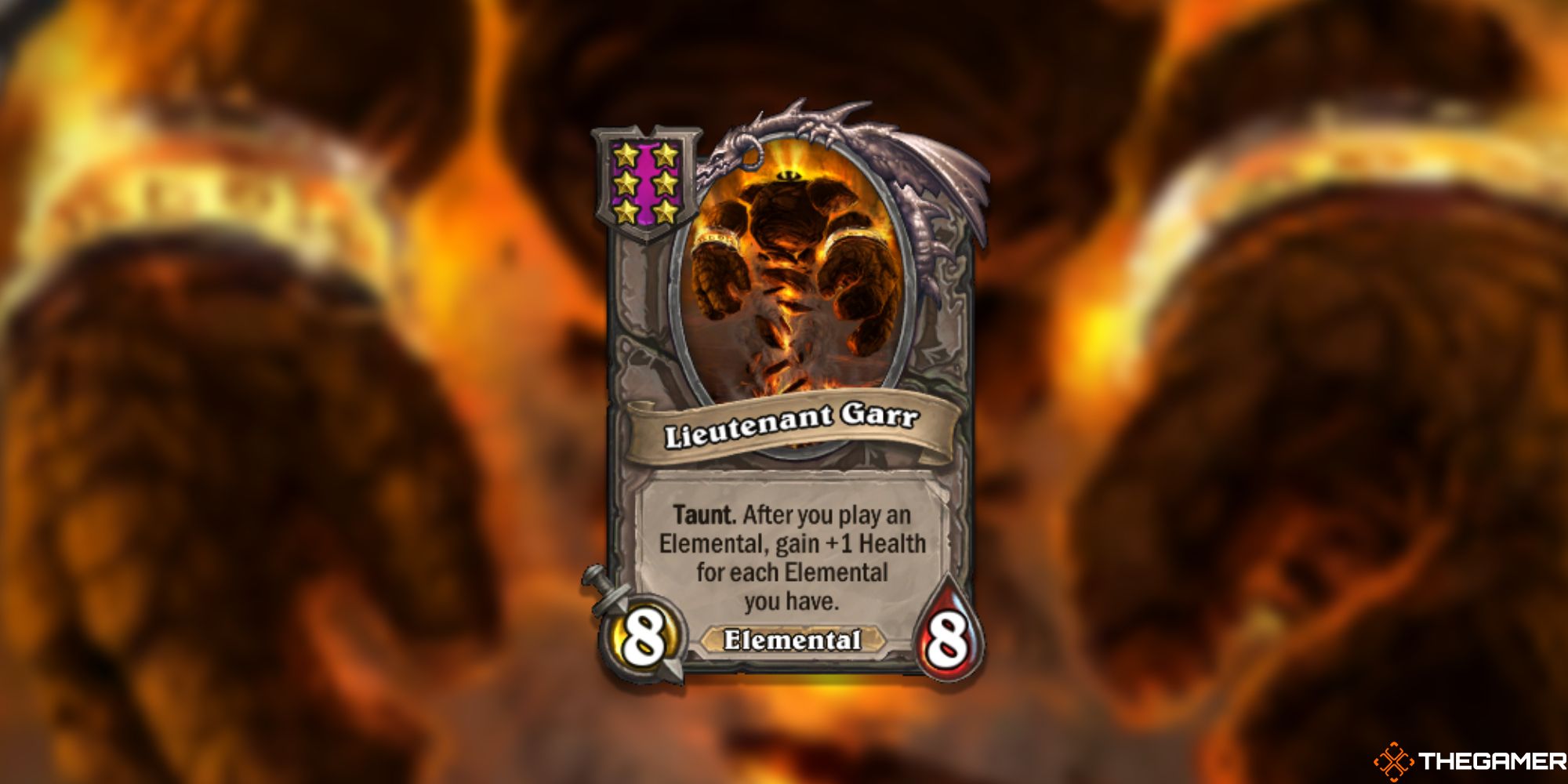 There are a few factors that make Lieutenant Garr a bit more niche than your average Elemental. The most impactful is that he’s a Tavern Tier 6 minion, which is a problem, because many Elemental builds simply don’t need to level to that Tier until the latest turns in the game, at which point it is too late to start scaling Garr.

If you want Garr to be useful, you either need to triple into him early, or rush to Tavern Tier 6 and find him that way. In the right circumstances, though, Garr can reach hundreds of health and dominate lobbies. 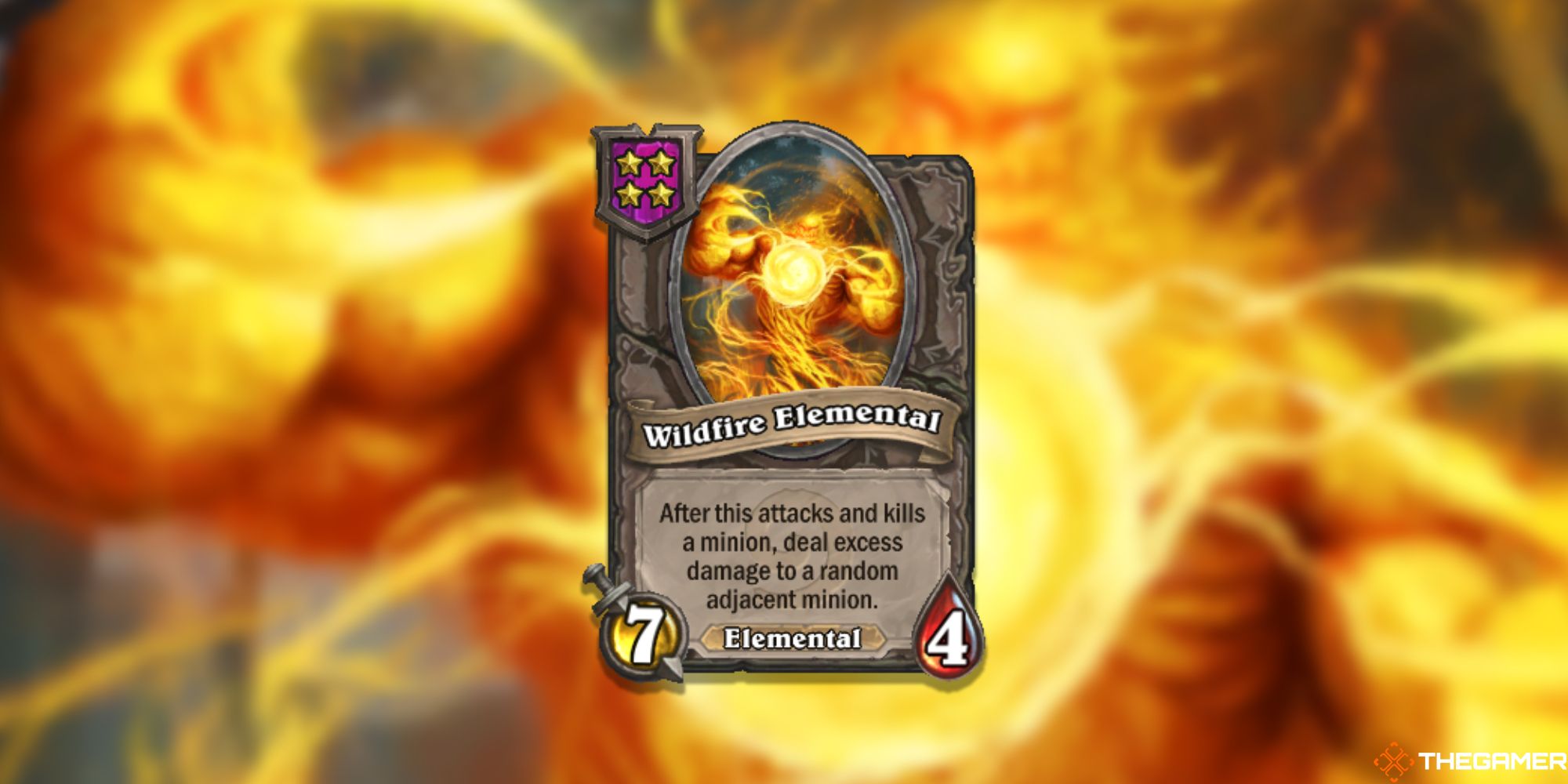 The Wildfire Elemental fills a strange role in Battlegrounds. Its ability to deal damage to one of the neighbors of a minion it kills (both if it’s Golden) is quite strong, but it’s also almost always worse than the similar effect you'll find on Ravenous Hydra or Foe Reaper 4000, which always damage neighboring targets. It also won’t deal as much damage to a single target as a minion with Windfury.

But being worse than some great abilities still makes it one of the better options to put stats on. A 100-attack Golden Wildfire Elemental is still going to destroy enemy boards, even if it’s not literally the best option. 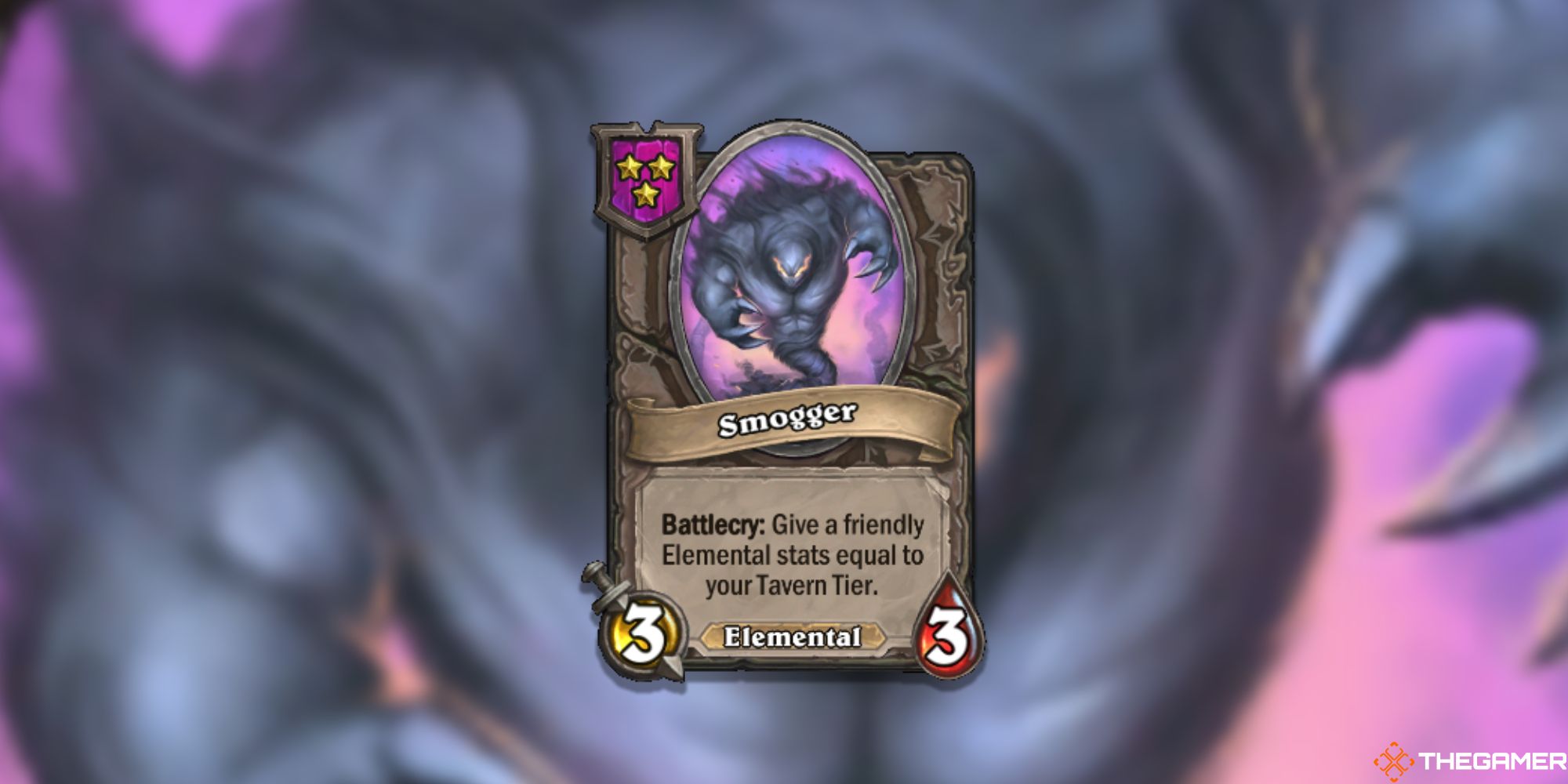 Smogger is a minion that gets better as the game progresses. Giving an Elemental 3/3 in stats isn’t too bad in the early turns, but as you progress to the higher Tavern Tiers, Smogger becomes one of the better buff minions in the game, especially among those that target a single minion.

When you are cycling through Elementals, Smogger is a great pickup, since the extra stats help you scale that much faster. It’s worth noting that Smogger is usually a bad minion to triple into, since it will only give 2/2 in stats on Tavern Tier 2. 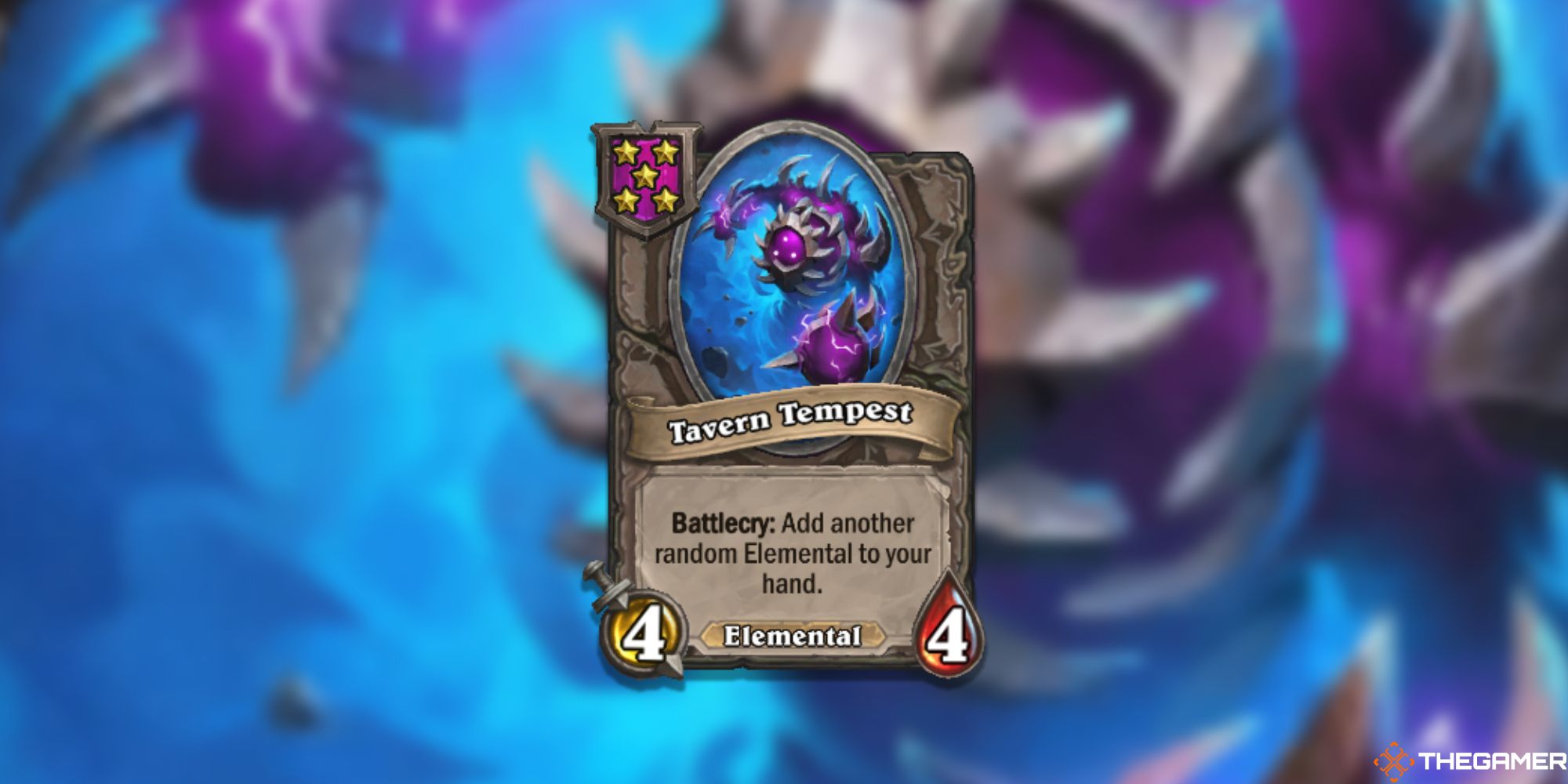 And unlike the Stasis Elemental from earlier on this list, it does so at a reduced price. In fact, if you are running Brann Bronzebeard, Tavern Tempest becomes free, giving you more gold to buy Elementals with. 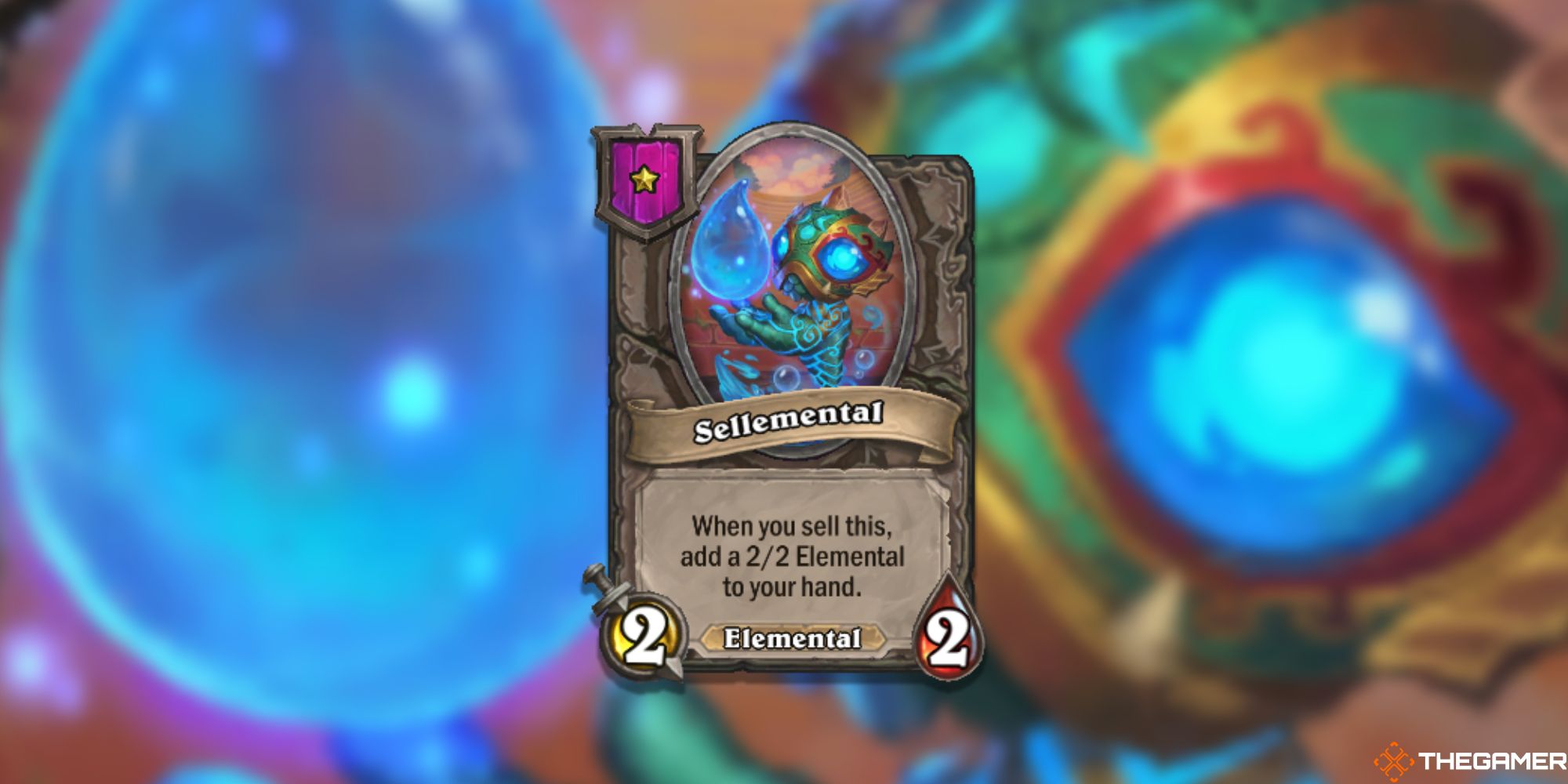 Sellemental might be the best of the Tavern Tier 1 minions that give you an extra gold. While their varying attack and health totals might be better or worse depending on your opponent, Sellemental’s ability to store that gold while still only taking up one slot on your board, and without losing power when you sell it, is quite special.

Sellemental also acts as two Elementals for the price of one when it comes to the many synergies revolving around playing Elementals. Neither of the Sellemental's bodies are especially powerful Elementals, but that doesn’t actually matter when all you care about is volume. 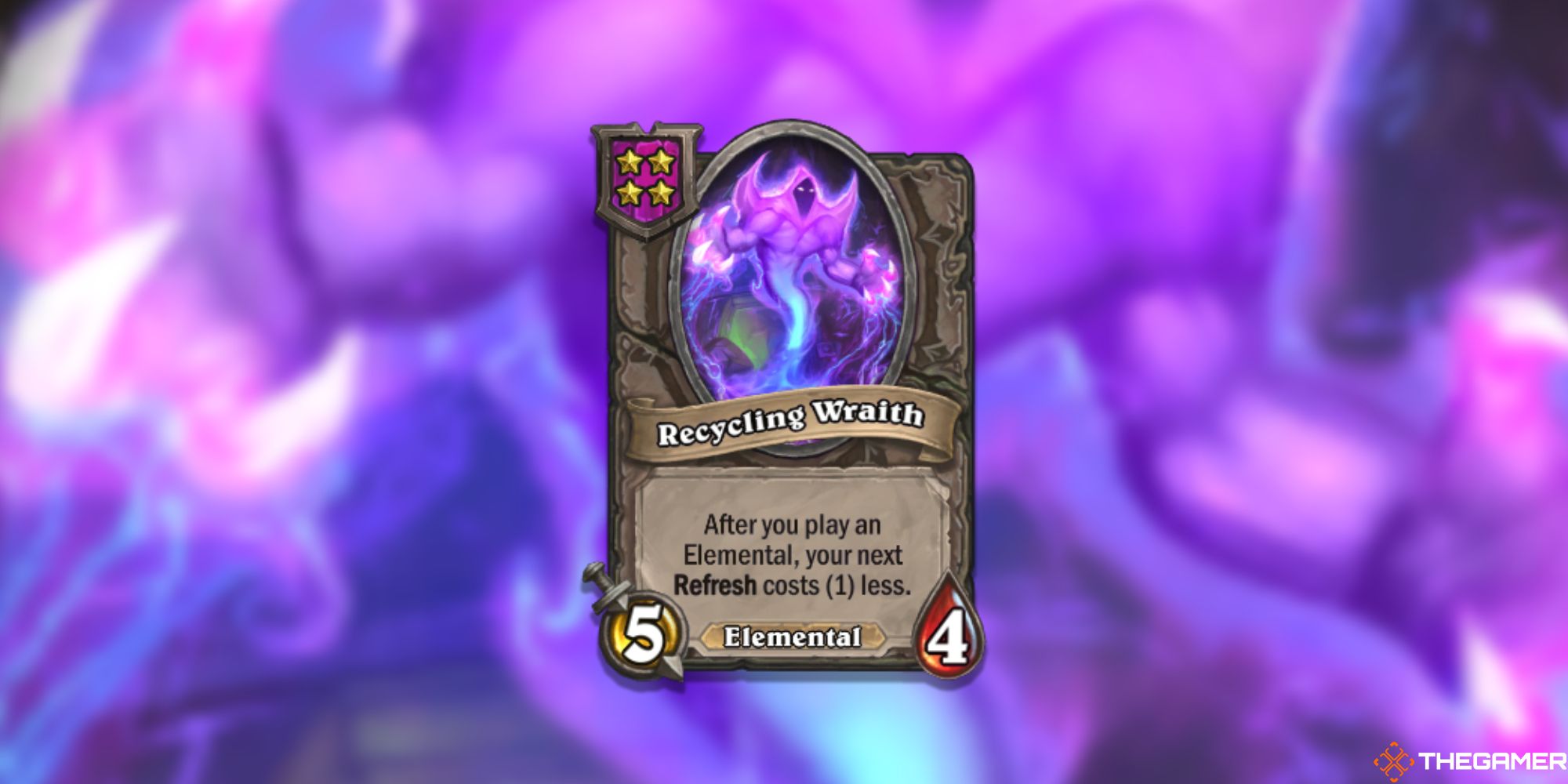 Elemental builds have a number of engines to build stats, but Recycling Wraith is the fuel that powers them. Whether it’s Majordomo Executus, Nomi, or Lieutenant Garr, all rely on playing as many Elementals as you can.

Having the ability to refresh the Tavern for free allows you to churn through far more Elementals in a single turn, saving you a lot of gold and increasing the amount of stats you can build up exponentially. The Recycling Wraith may not be the most important card for Elemental builds, but they wouldn't be half as powerful without them. 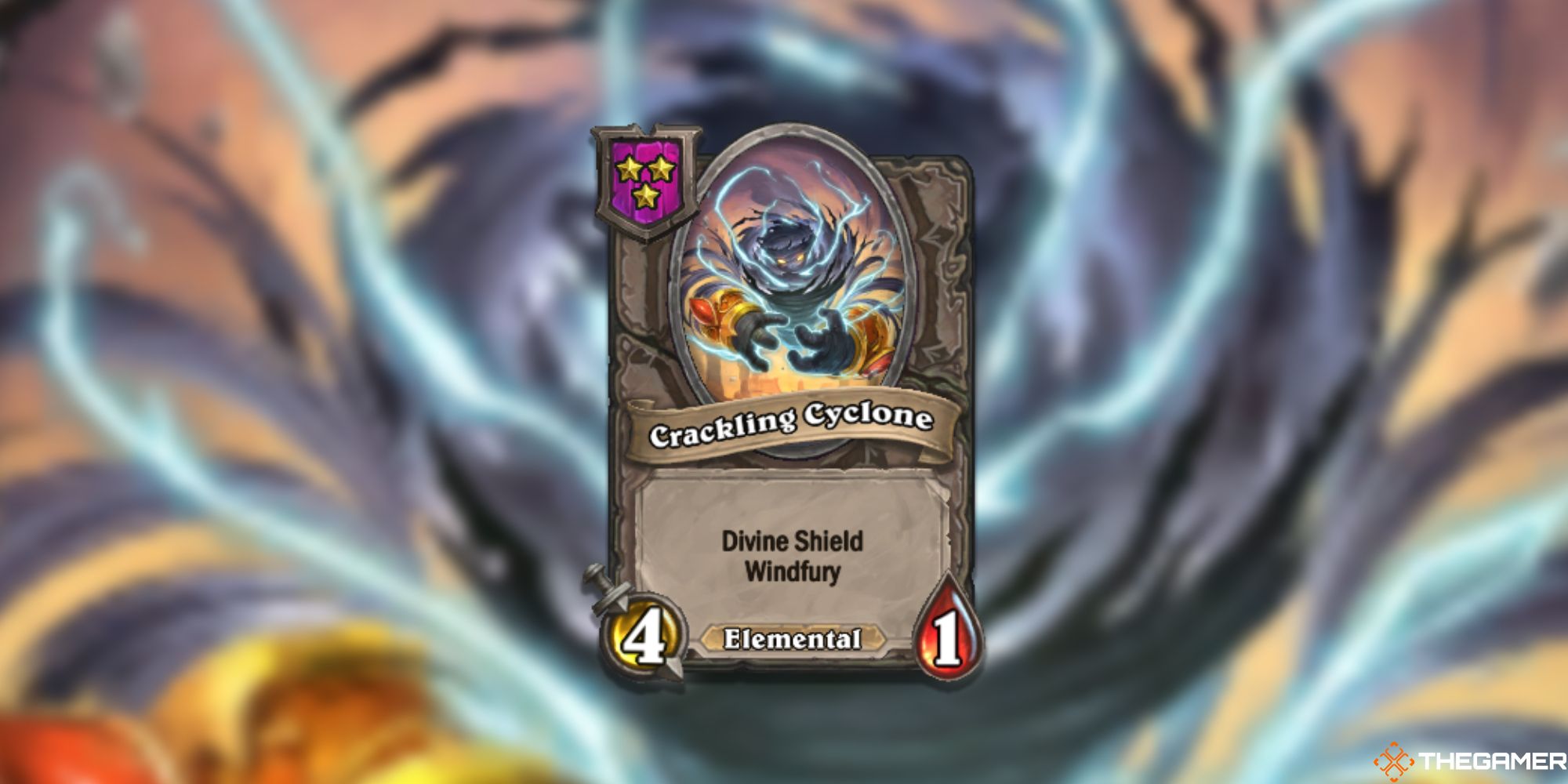 Crackling Cyclone is one of the best stat-holders you can find; not just among Elementals, but in all of Battlegrounds. The combination of Divine Shield and Windfury has the effect doubling its attack when hitting a single minion, and allows you to kill multiple minions before they get to do anything.

It also gives you more chances to kill minions with ongoing effects—like Titus Rivendare—early in the fight. And these attributes are only improved Crackling Cyclone is Tripled and it gains Mega-Windfury. These factors make Crackling Cyclone a key pickup in Elemental-focused builds, and also the best Elemental to go for if you’re playing a multi-type build.