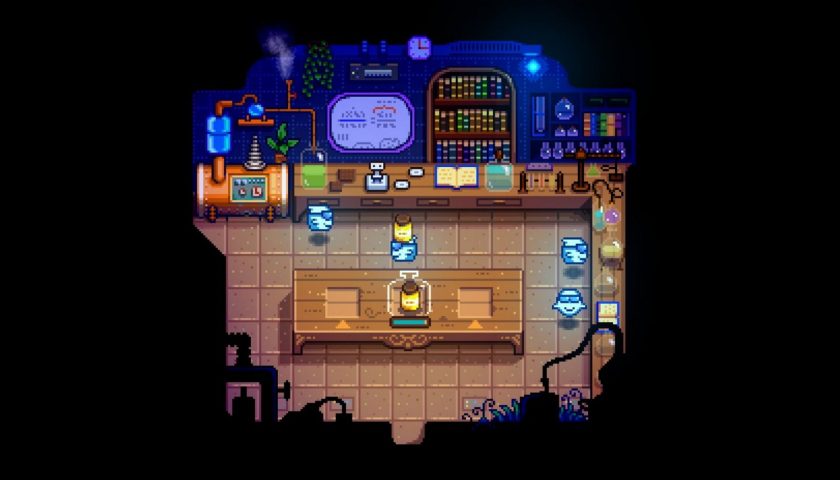 So it turns out that Haunted Chocolatier won't just have expanded combat compared to Stardew Valley, but it'll also have actual boss fights.

That's the big news that came from an interview between Stardew creator Eric "ConcernedApe" Barone and Reason Livestream, a YouTube channel for Reason music software. Barone himself confirms in the opening moments of the interview that he's been a Reason user for years and used it to create the soundtracks for both Haunted Chocolatier and Stardew Valley.

As you'd expect, the chat mostly centered around Barone's work in the Stardew Valley soundtrack, but around the hour and 36-minute mark, Barone reveals a track for "a bee boss." And before you ask, it becomes pretty clear upon listening to the track that Barone meant "bee" as in the insect and not "B" as in sub-boss. Also, the track’s name is simply “beeboss.” Take a listen for yourself (with time-stamp courtesy of PC Gamer).

That buzzing hook is pretty catching, but then it goes into a catchy salsa beat complete with drums and up-tempo trumpets. Also, there are boss fights in Haunted Chocolatier, which is a pretty astounding thing to hear considering Stardew didn't have a single boss to fight.

But it's not just boss fight music that Barone previewed. Elsewhere in the interview, Barone revealed another track called "Pristine Snow" which has a far more Stardew Valley-style of ambiance. Piano, oboe, and a little bit of sleigh bells for that cozy winter feel for a cozy game about making chocolate with ghosts.

"Most of the music in the game will probably sound like this," Barone said. "A sort of mysterious, somber, snowy feel. This is supposed to sound like a mysterious night in the snow."

Barone was also asked about what it's like to create Haunted Chocolatier after the massive success of Stardew Valley. "I can't help but think about Stardew Valley when I'm making this game. It'll manifest in ways like 'Oh, I can't do this. It's too much like Stardew Valley.' But then a lot of the things in Stardew Valley are the way they are because it just makes sense. It would be foolish to do it any other way."

"Lately I've just kinda been like 'you know what, screw it,'" he added. "If that means a lot of stuff in Stardew Valley was perfect and it doesn't need to be changed, then I'm just gonna do it the same way and not worry about it. If people say it's cut and paste Stardew Valley, well so be it. What did you expect? Did you expect me to make a sports game or a racing game? This is just what I do."

Haunted Chocolatier is still in development, with the last progress update being last December with a few screenshots shared over the New Year. Stardew fans will have to be patient on this one.