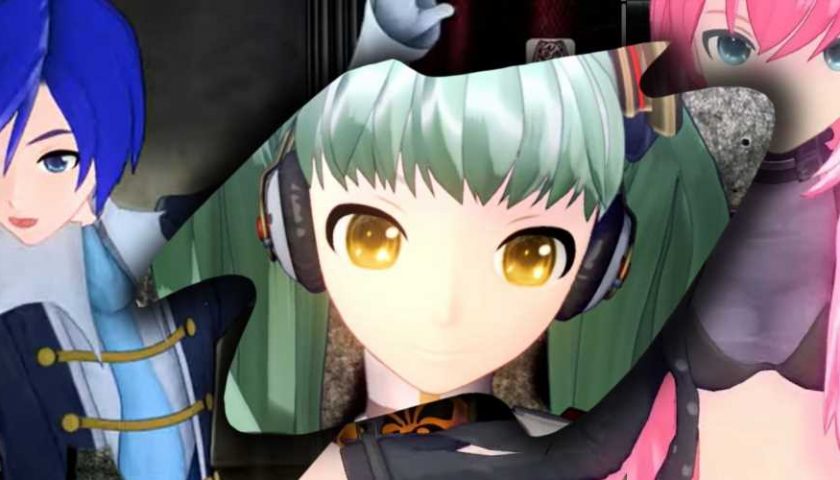 As with any rhythm game, the difficulty of each beat map in Project Diva MegaMix+, the newest entry in the Project Diva series, is different, and some beat maps have higher difficulty options than others. If you’re looking to 100 percent the game, you’ll need to get a perfect score on every beat map, even at the most significant difficulties. So, here are the maps you’ll need to practice more often on your quest to fully complete the game. 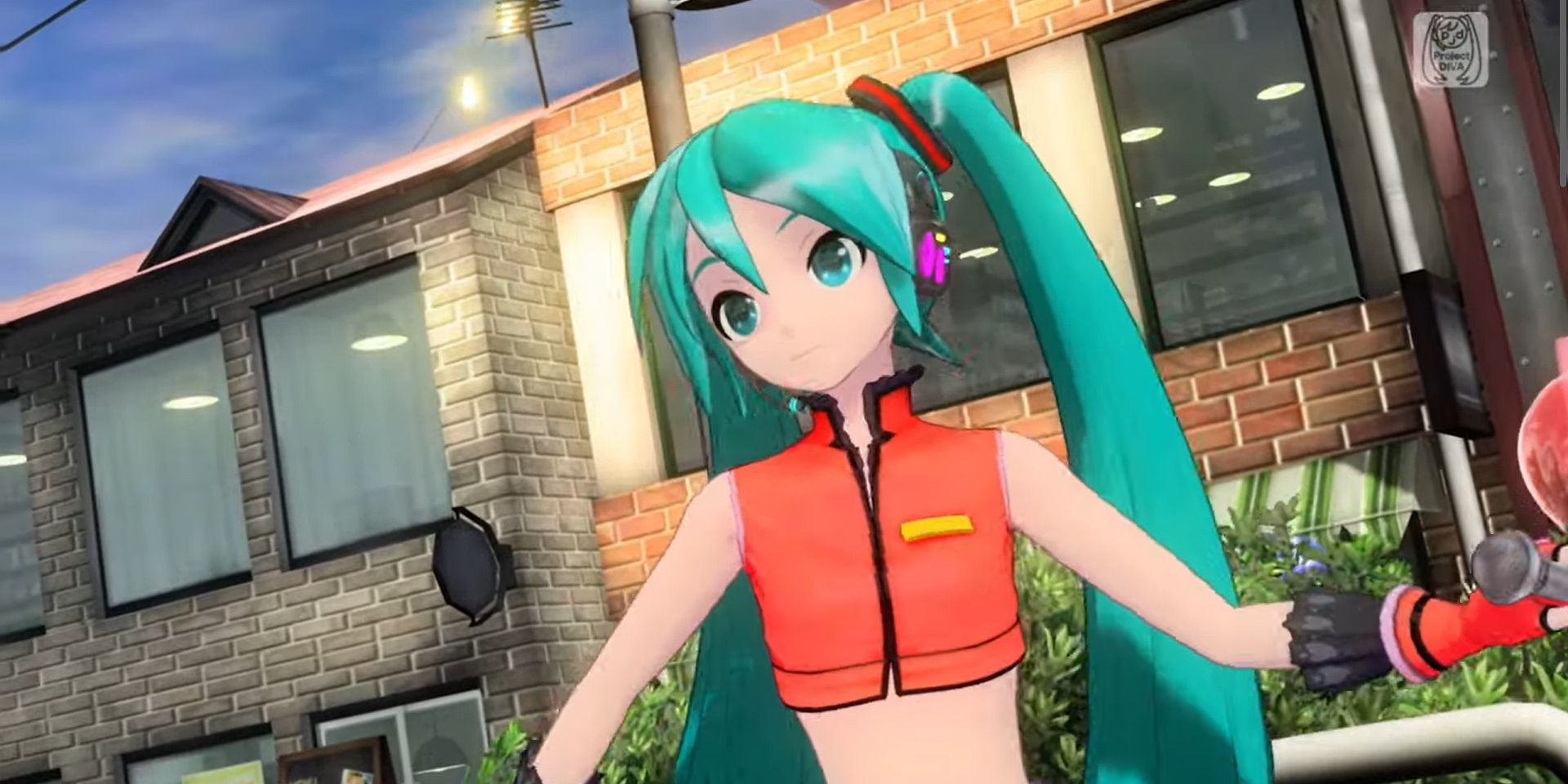 The opening measures of Aikotoba are deceptively simple and can lead to some early mistakes, especially when you’re first learning the song. As soon as you’ve finished the intro, the game jumps straight into hard mode, and the map is instantly littered with slide notes, multi-notes, and tonnes of overlapping single notes.

One of the most important things to remember is to keep yourself aware of the song’s overall high tempo, even during lulls in the map. Getting too complacent with the beat map will lead to careless mistakes. 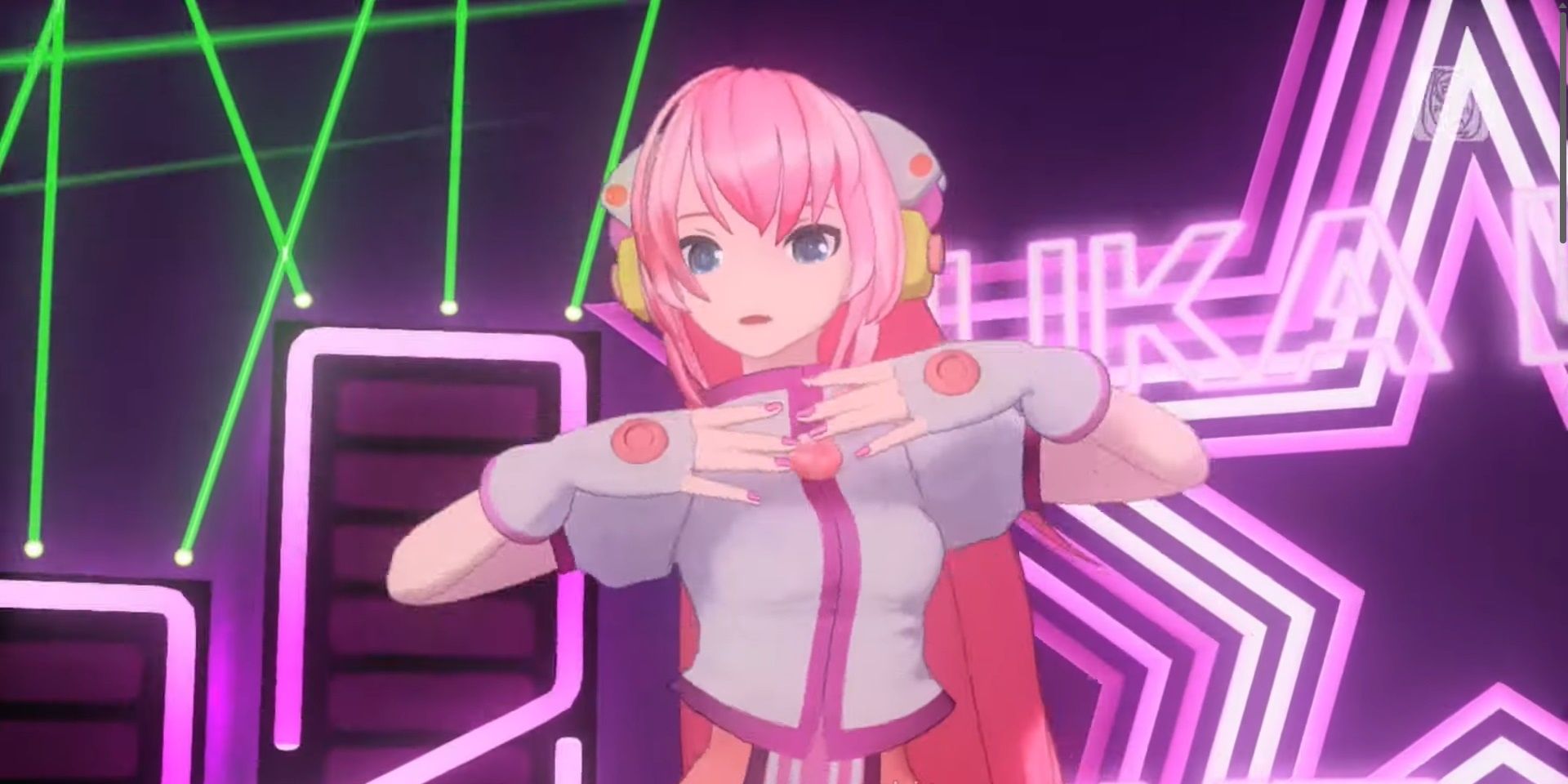 This song is a beloved member of samfree’s Night series and is by and far the most well-known entry in the series. In Project Diva, it is one of the more difficult entries to 100 percent because of the volume of the information displayed in each frame.

Luka Luka Night Fever has so much going on in the beat map. Its fast tempo and absolute love for side notes make the song almost chaotic to play and watch. While the map doesn’t have the same use of the different note types as Aikotoba, the song still feels chaotic when played on its highest difficulty setting. 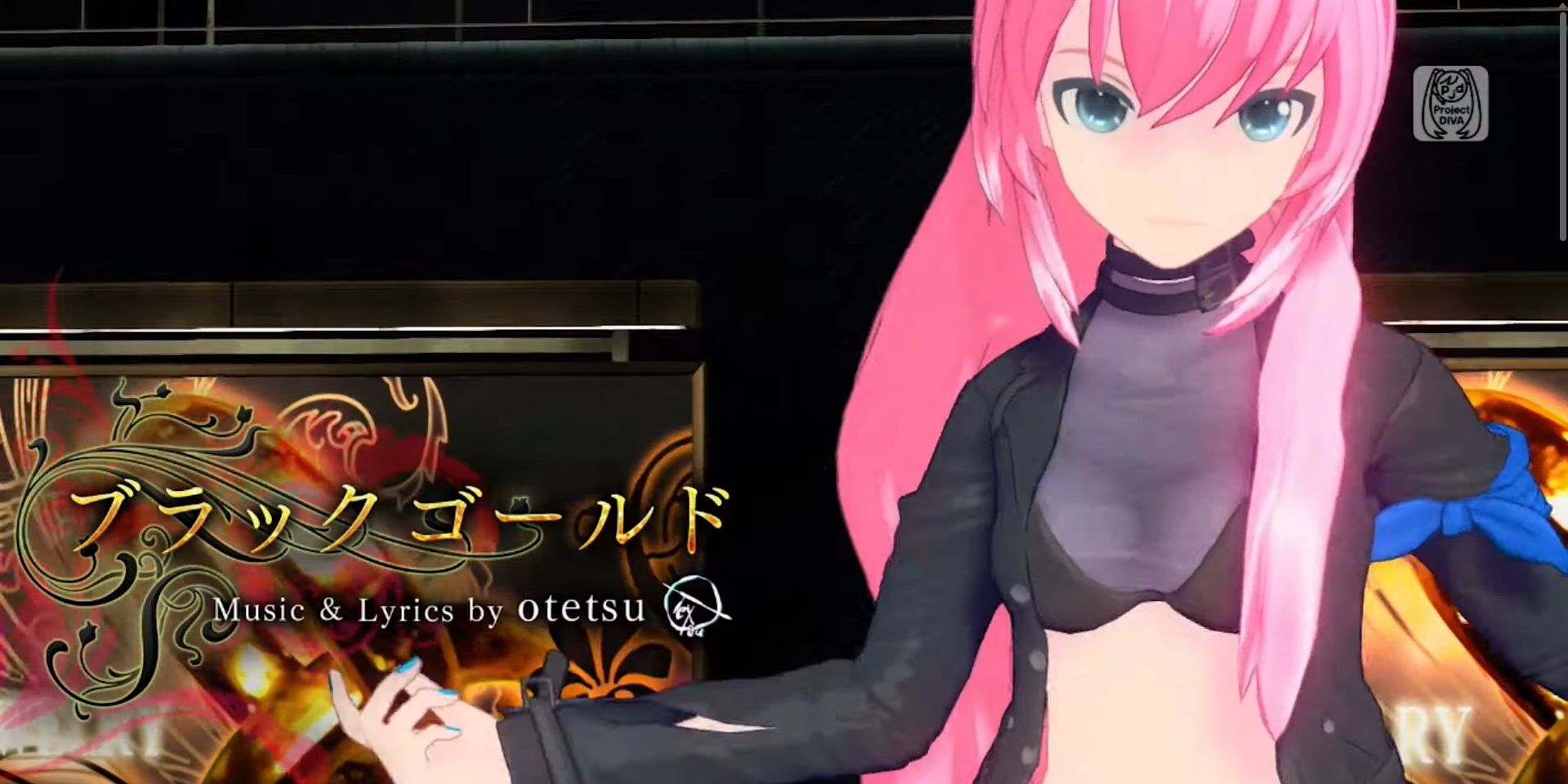 Black Gold is a unique member of this list because, unlike the others, its difficulty isn’t based primarily on the volume of information in the beat map. What makes Black Gold so tricky is that the beat map doesn’t feel like it follows the rhythm of the song closely.

While some beat maps in the game spike in difficulty because of the sheer volume of notes, Black Gold can sometimes feel like there aren’t enough notes. It sometimes feels like the beat map should follow a more prominent part of the song. 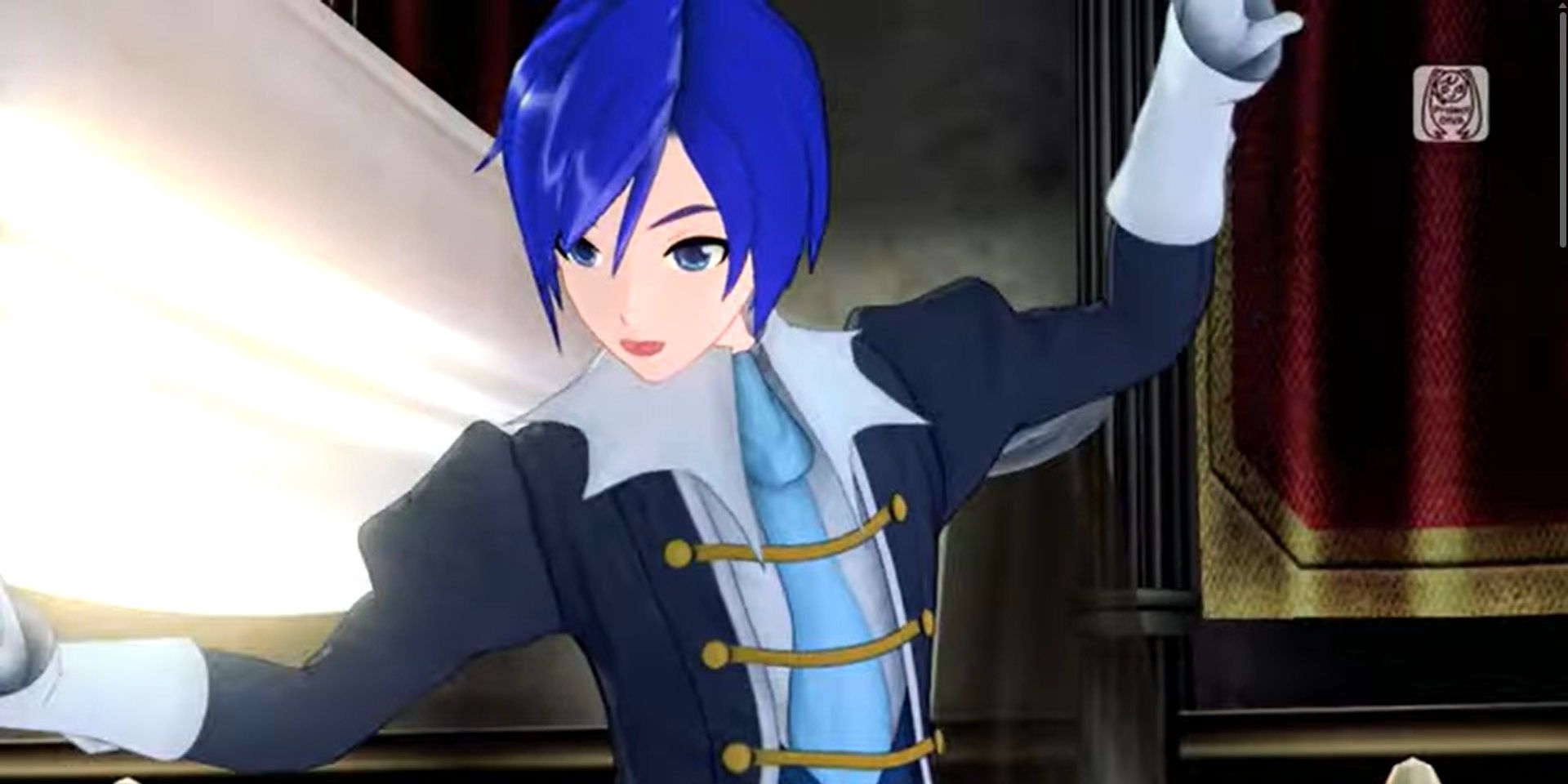 Cantarella is another viral and iconic entry in Vocaloid’s history. It wouldn’t feel like an actual Vocaloid game without it! However, that iconic position means it’s more likely to receive a little extra love from the devs regarding the beat maps.

Cantarella’s hardest difficulty features many overlapping notes that must be pressed quickly while maintaining the rhythm of the song. This, paired with its fast tempo and heavy use of multi messages, make it a difficult one to 100 percent.

Additionally, Cantarella features a treacherous lull in the bridge of the song that can give it a bit of whiplash where you want a faster piece because you’re excited from the initial tempo. It can also lull you into a false sense of confidence that trips you up after the bridge. 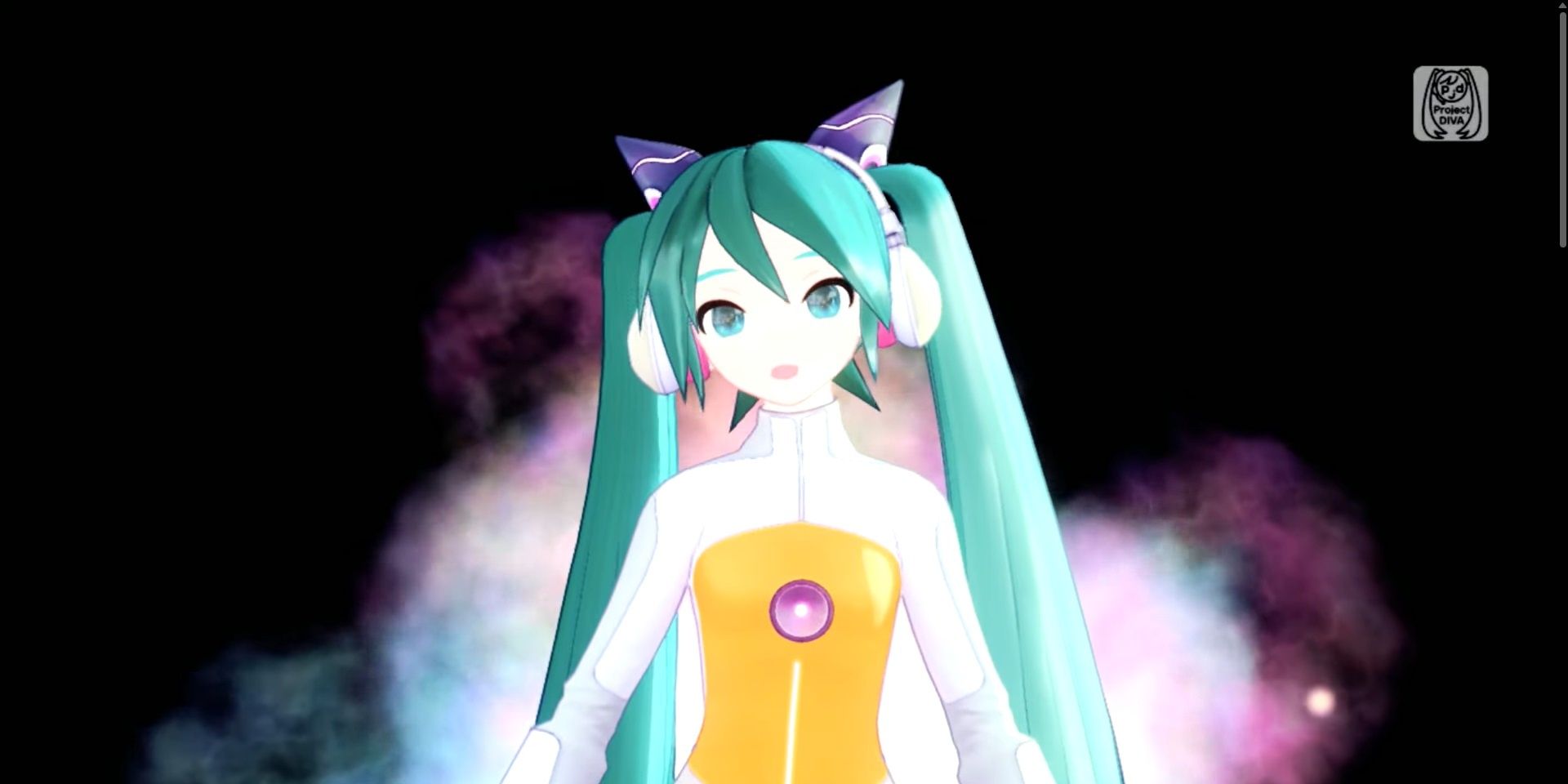 Odds & ends should come with a warning for excessive slide note usage because it is made primarily of slide notes. It’s also relatively difficult to keep up with because a lot is happening in the beat map.

Odds & ends is also a tad random feeling when it comes to the rhythm of the beat map. A lot is going on in the song, so, it makes sense that you wouldn’t be able to follow every part, but it feels like the beat map isn’t following the most prominent portions of the song. 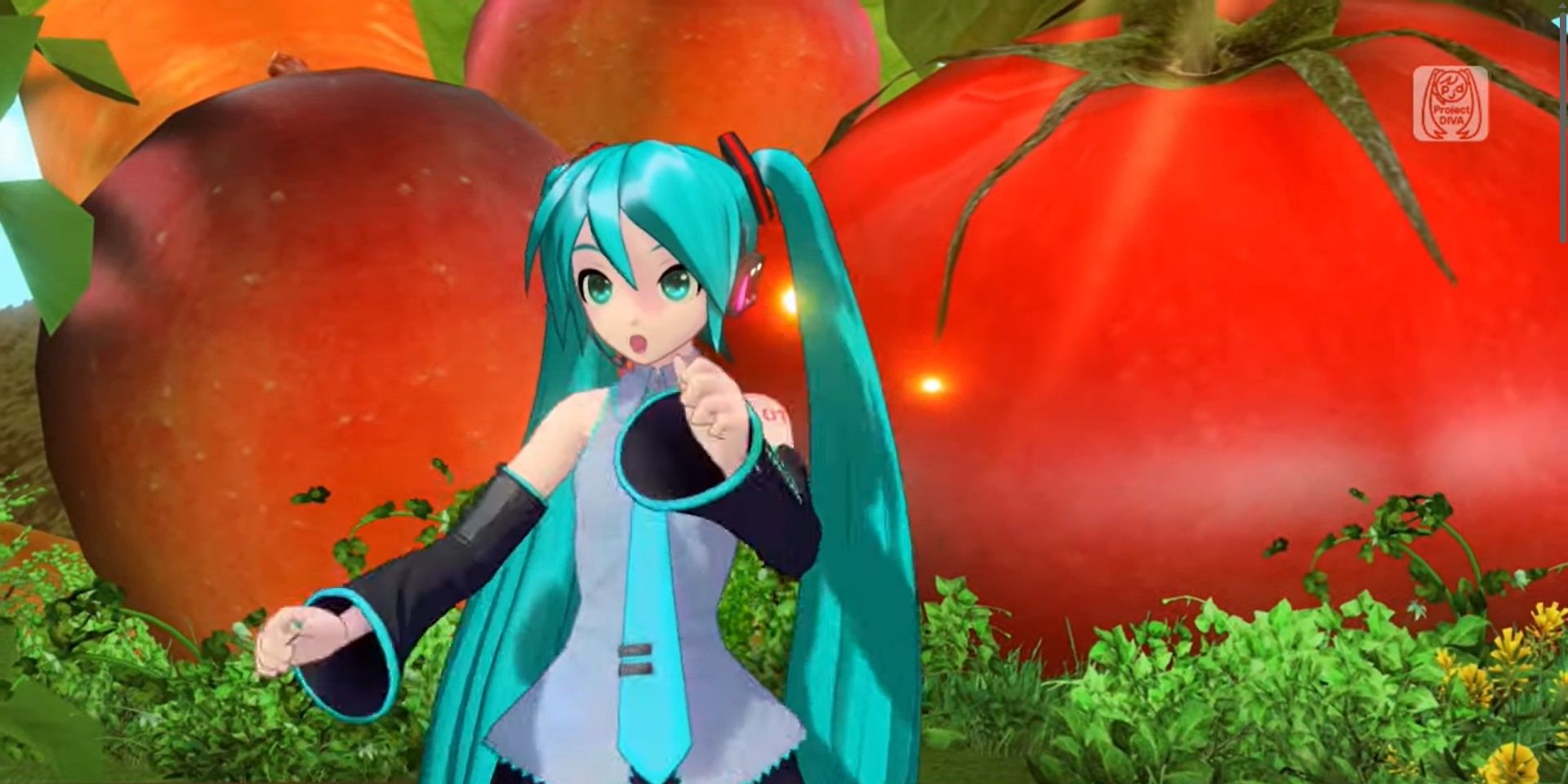 Po Pi Po is another iconic Vocaloid song that would be noticeable if it were not included in the game. The beat map has a lot going on, which matches what’s happening in the song nicely. The notes overlap a lot, and the tempo and beat map are both fast and chaotic.

This song is one of the few songs to reach the ten-star difficulty rating, and it shows what the dev team is capable of when it comes to developing these beat maps. 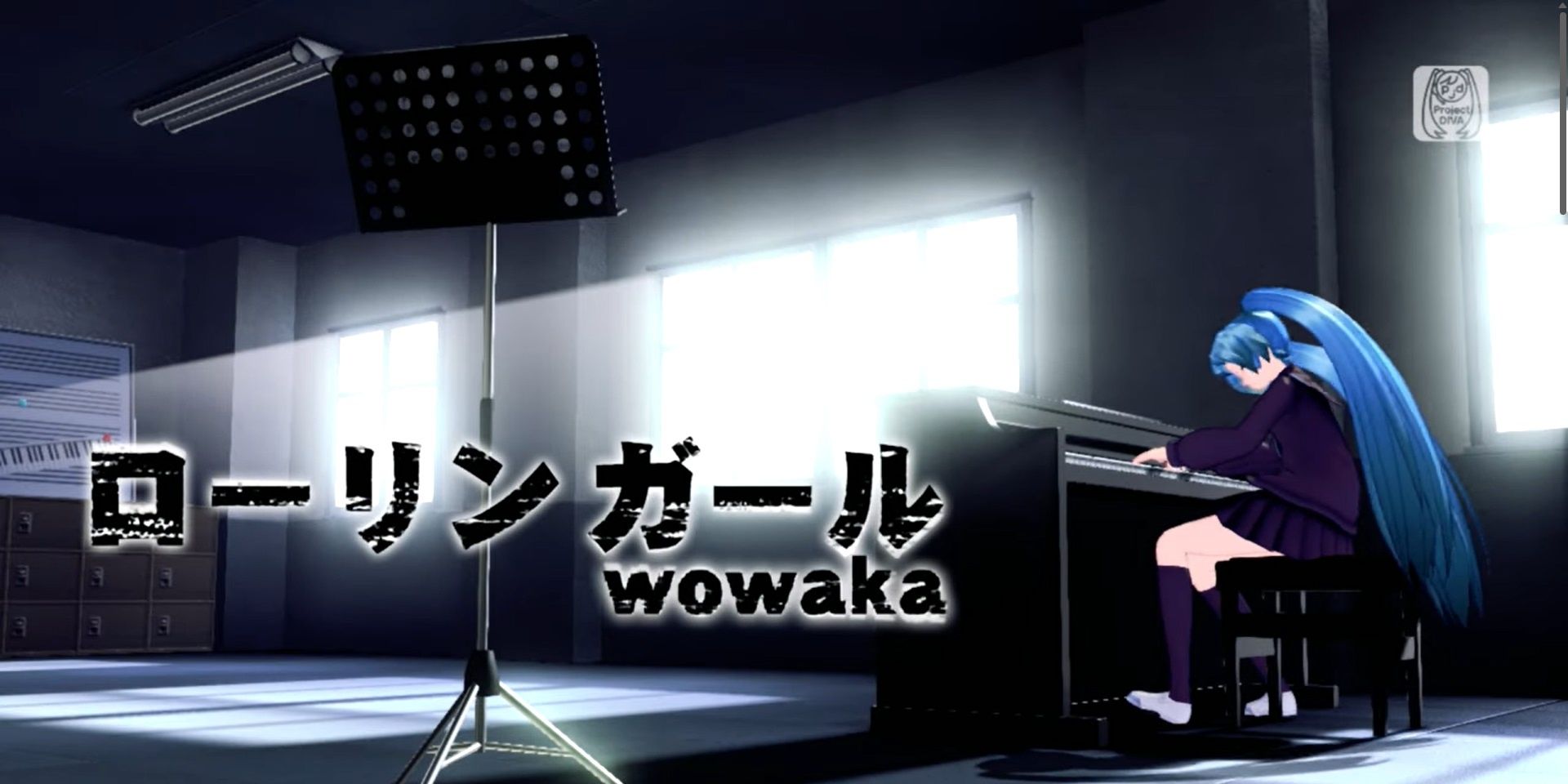 Rolling Girl is an iconic Vocaloid song written by the late composer Wowaka whose legacy is in high-tempo pieces with dark and potentially controversial topics. Rolling Girl tells the story of a young woman who battles depression and thoughts of suicide, and the most significant difficulty on the beat map can feel like an uphill battle like the song.

This song has a speedy tempo and is full of slides and multi notes, making the music incredibly chaotic to play and understand. So, you may end up taking a little extra time on this one when you get to it.

5 The Disappearance of Hatsune Miku 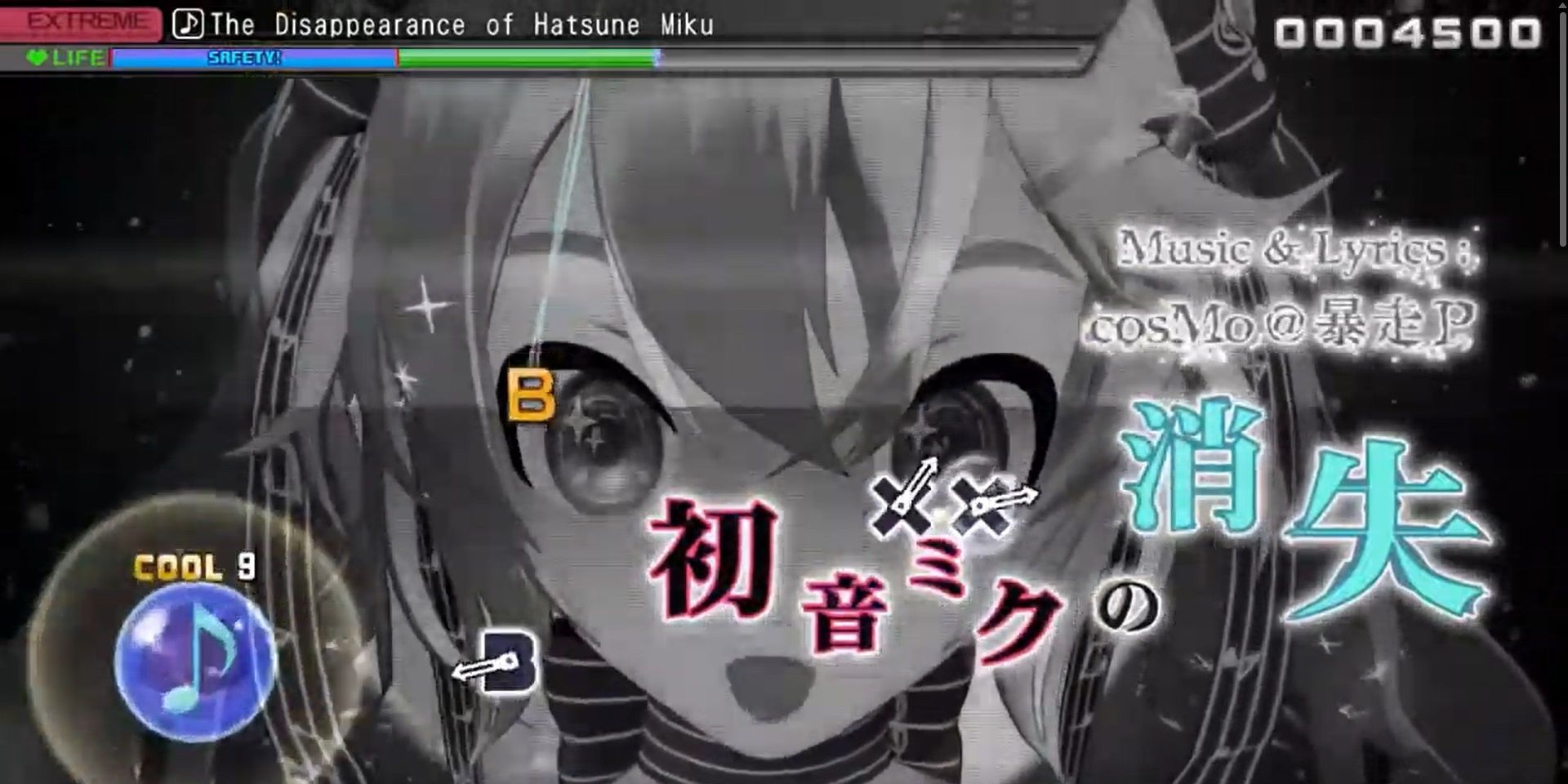 The Disappearance of Hatsune Miku is an iconic song that tells the story of Miku as her composer uninstalls her from the computer. The song represents her now-sentient desperate plea for her life at the hands of her composer.

The song is well-known because it’s nearly impossible to sing. The beat maps follow the chaotic and impossibly fast tempo of the music. The longer the song goes, the harder it gets as it attempts to follow Miku’s impassioned plea for her continued existence.

4 The Intense Voice of Hatsune Miku 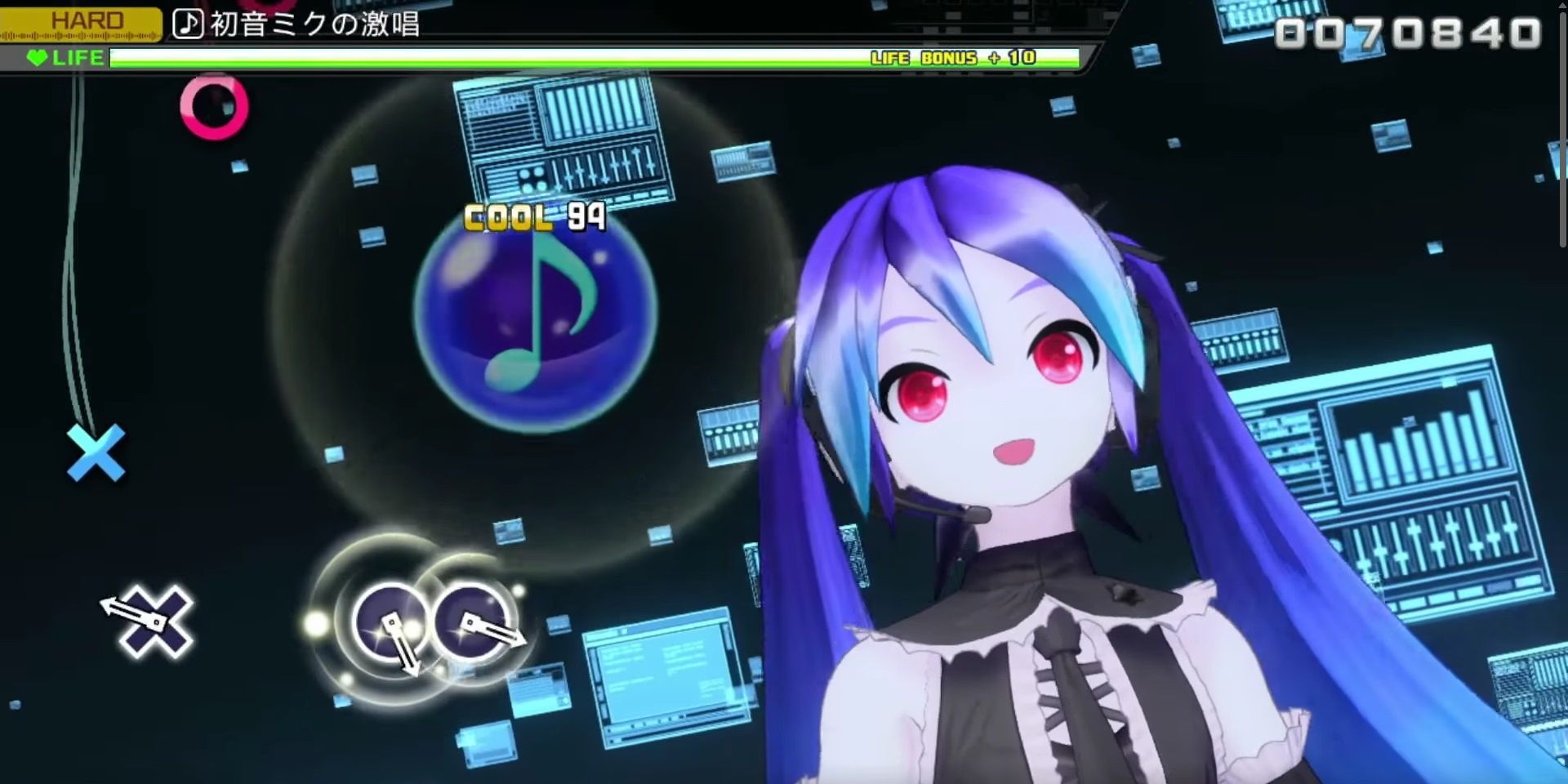 This song is lesser known than others on the list, but that doesn’t mean it’s terrible! Conversely, the beat map for this song is sure to light a fire in your veins, though that may be a heart attack from trying to 100 percent the song!

The Intense Voice of Hatsune Miku features a start-stop tempo that will cause you infinite frustration as you try to get the tempo changes down in muscle memory. The abrupt tempo changes make the song much more chaotic and challenging than a fast or slow tempo song. 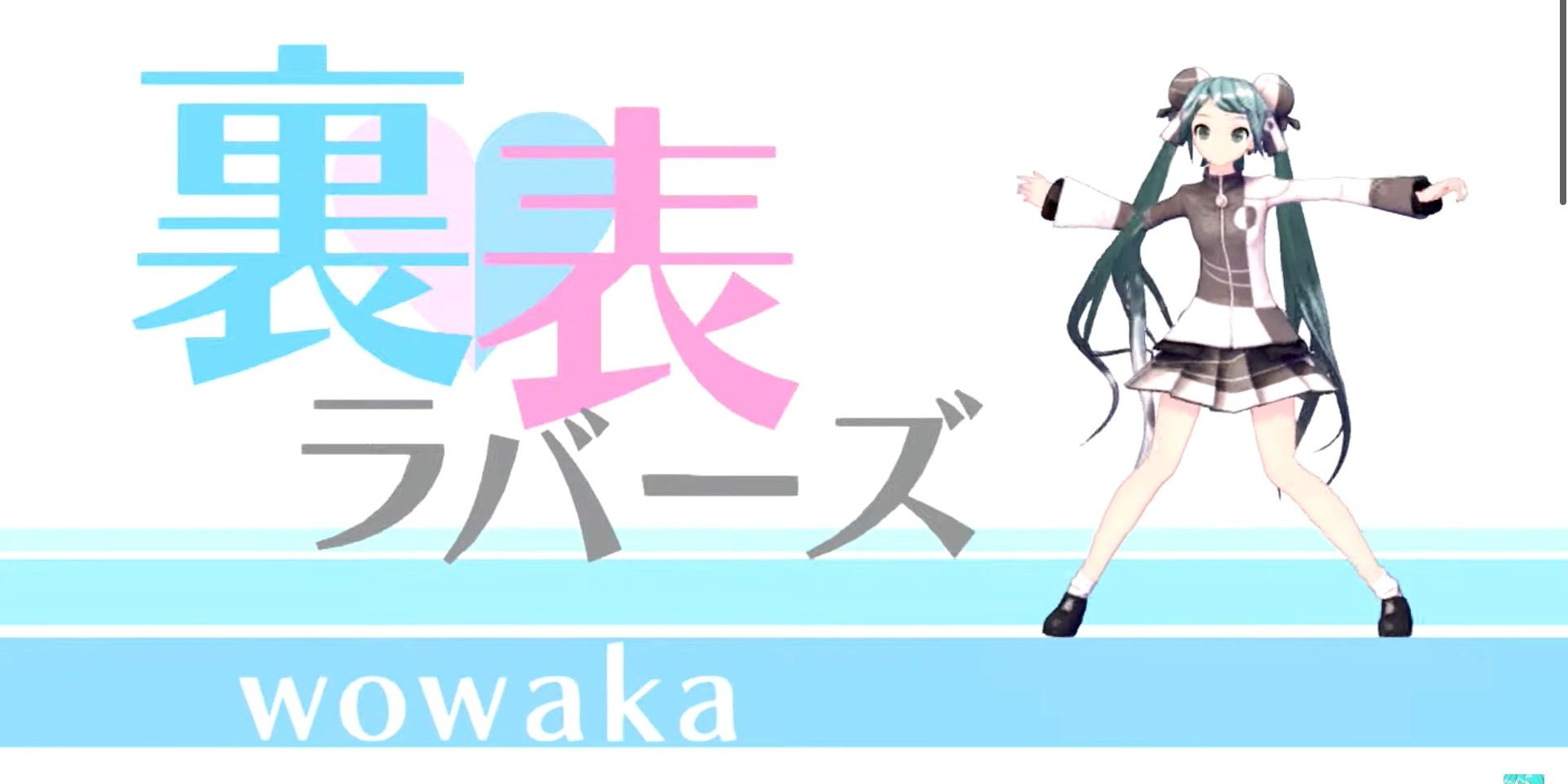 This song’s name has a few different translations. The Vocaloid community at large tends to call it “Two-Faced Lovers,” but the devs of Project Diva settled on calling it “Two-Sided Lovers.” This is another song by Wowaka, so expect some dark themes if you pay attention to the song’s lyrics and music video.

The beat map starts relatively slow but jumps to warp speed just as fast as it starts. Alongside this massive tempo jump, there are also a lot of overlapping notes to go with the song's fast tempo. This can make the song relatively hard to keep up with at 100 percent. 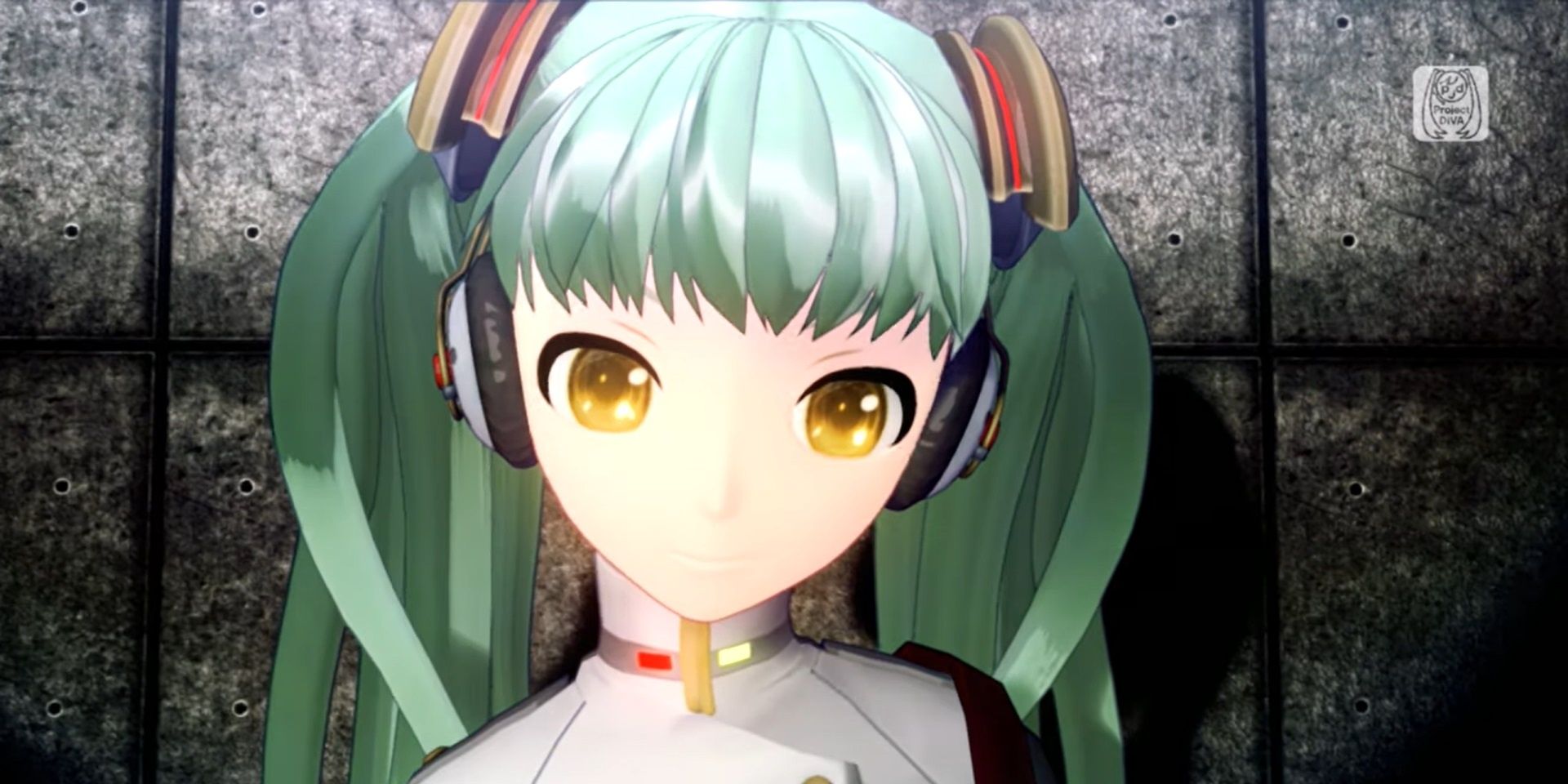 Unhappy Refrain has an extended opening that features no notes, making the song’s beginning feel abrupt and unexpected. The tempo coming in is also quite fast, even by the standards of Vocaloid songs.

To make matters more complicated, the beat map features a lot of triplets—three notes in a single beat of the song—which can make it even harder for players to complete 100 percent of the music. The song also features drum roll notes and overlapping notes that make the song that much more difficult when first going through the songs. 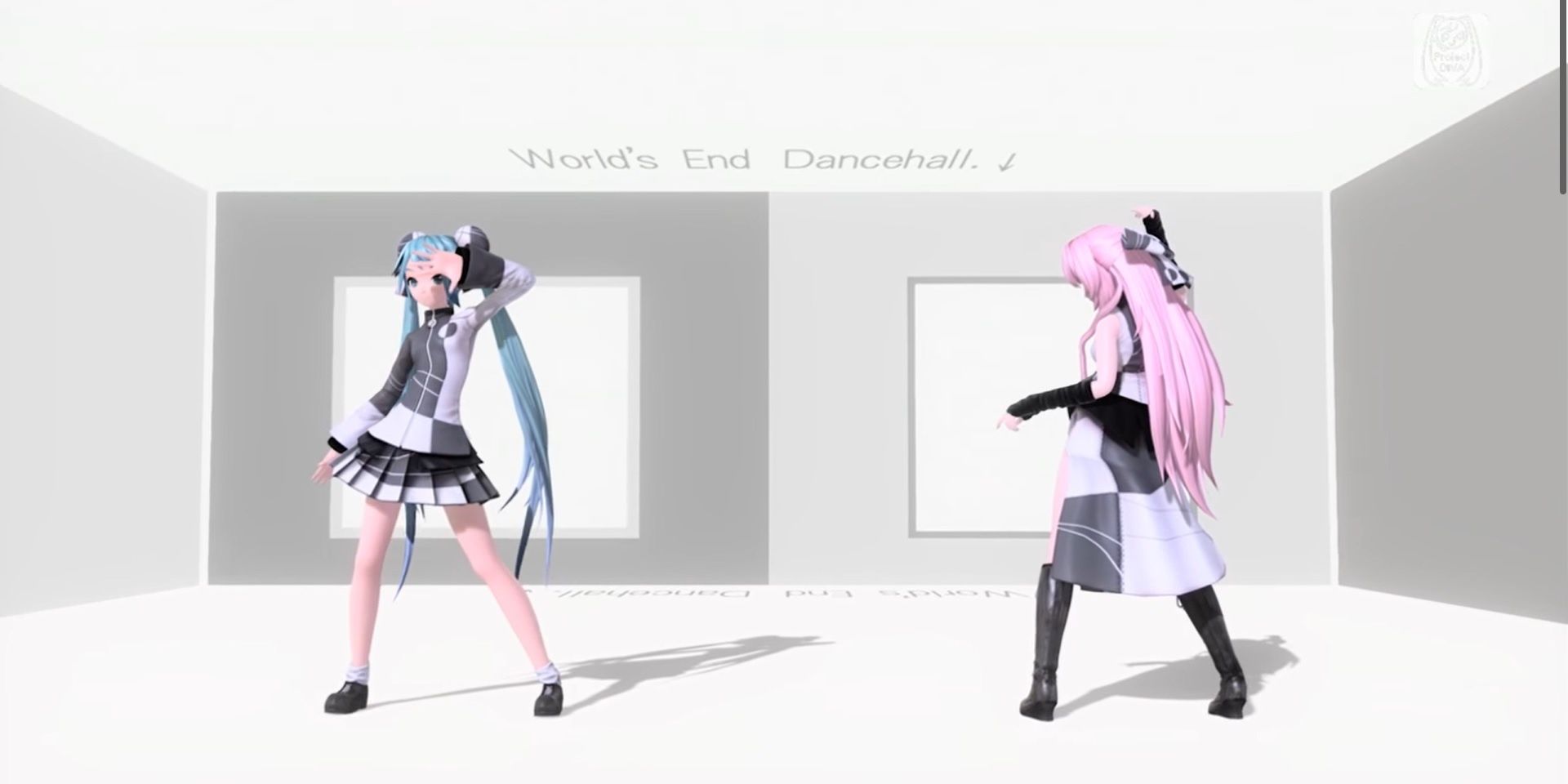 World’s End Dance Hall also features a lot of multi-notes, especially four-button multi-notes, which can be challenging to get into the correct timing with the speed of the other notes.