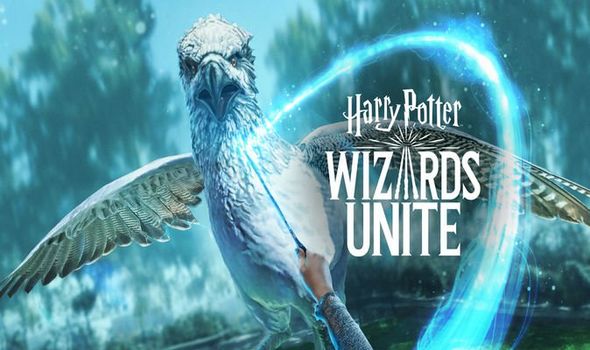 And now with an official release date, fans can get ready to experience the magic of a new AR game very soon.

That’s because developers Niantic has confirmed that Harry Potter: Wizards Unite is launching later this week.

Friday will be the day that the game goes live on Android and iOS, having seen a few beta tests around the world.

“Keep your eyes peeled and wand ready for more information as the game goes live in your region soon.”

It appears that Niantic are preparing to rollout the launch of the new Harry Potter game, rather than dropping it on live servers at the same time.

This is probably a good idea as there will no doubt be a lot of interest from fans waiting to try out the new AR experience.

However, by the end of day on Friday, everyone around the world should be able to download and play Harry Potter: Wizards Unite.

From what has been revealed by Niantic so far, players will get the chance to join three classes: becoming a Magizoologist, a Professor, or an Auror.

Players will be taken down magical beasts using spells, and everyone will be part of the Statue of Secrecy Task Force.

The main aim will be neutralising “foundables” that appear around the world with the spells you have at your disposal.

Spells will cost Spell Energy which will need to be replenished at Inns found around the globe, which sounds a lot like PokeStops in Pokemon Go.

Speaking about the new launch this week, Madhavi Marigold Muppala, a Product Manager at Niantic who works across multiple teams including design, engineering, and marketing, commented on the new launch: “It’s what everyone imagines when you read the Harry Potter books.

“You imagine the characters and world coming to life around you. Harry Potter: Wizards Unite takes this a step further and brings it to life in your world so that you can actually see all the magical characters and fantastic creatures all around you. It’s almost like you can reach out and touch them.”

“When entering a Fortress and teaming up with your friends, you immediately feel like you’re in the fight together, trying to figure out how to combine forces and defeat the bad guys.

“Everyone is always thinking about what would make for the best possible player experience, and then we do whatever it takes to make that happen.

“There are so many interesting features that work together-Traces, Spellcasting, Wizarding Challenges, Potions, Portkeys, and more, all built on top of the Niantic Real World Platform.”

Building from a solid foundation and the experience following the bumpy launch of Pokemon Go, Niantic could be perfectly positioned to launch the next big mobile game.