Harry Potter Wizards Unite has finally been released, but it’s only out on Android and iOS in select regions.

Like Pokemon Go, Harry Potter Wizards Unite is getting a staggered launch so it’s only available to start with in the US, UK, Australia and New Zealand.

In these regions Wizards Unite is out on the Google Play Store and Apple iOS store.

Fans looking forward to the new Harry Potter game that are in other regions may be tempted to download a Wizards Unite APK.

But they need to be aware of the dangers of downloading an APK, which can be obtained from third-party websites not affiliated with Google.

If you download an APK and install it on your Android phone then you forgo all the protections that Google Play Protect offers on the Play Store.

There’s no way of knowing whether the app you’re downloading is genuine, has been tampered with by cybercrooks, or if it is loaded with malware.

Even if you luck out and install a genuine version of Harry Potter Wizards Unite in a region where it’s not available there is one big problem.

The servers needed to play Harry Potter Wizards Unite in regions apart from the US, UK, Australia and New Zealand haven’t been switched on yet.

So, even if you download a legitimate version of Wizards Unite outside of the regions it’s been released in you’ll find the in-game map is empty.

You’ll just be ending up with an authentic build of Wizards Unite which you can’t do anything with.

Players on Twitter that have a proper version of Harry Potter Wizards Unite installed outside of the regions it’s launched in said the map is empty.

One player tweeted: “Is there something I did wrong? I see nothing on my map, or is that because the game isn’t supposed to be out here yet (Germany) #WizardsUnite #HarryPotterWizardsUnite”. 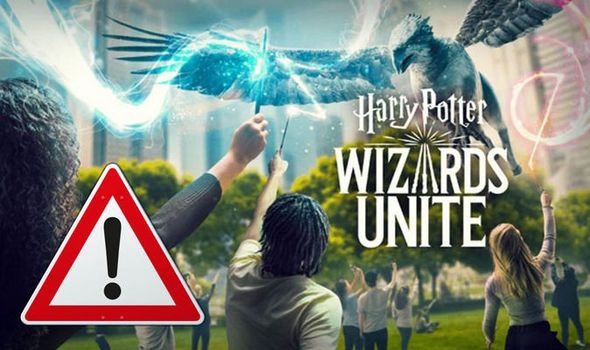 While another wrote: “@HPWizardsUnite I’m in #Kuwait and there is nothing in my region. Are you guys gonna fix this soon? #WizardsUnite”.

And one added: “Is it normal that my map says theres nothing here (I got the apk not out yet) #WizardsUnite”.

Niantic has said Harry Potter Wizards Unite will launch in other regions in the coming weeks.

In a post online they said: “The game will also be rolling out to additional countries in the coming weeks – but no need to consult the Centaurs or any tea leaves to divine exactly when.

“Just keep an eye on www.wizardsunite.com and follow our social channels to stay up-to-date as the game becomes available in other countries.”

• Stay tuned to Express.co.uk for more gaming news and updates