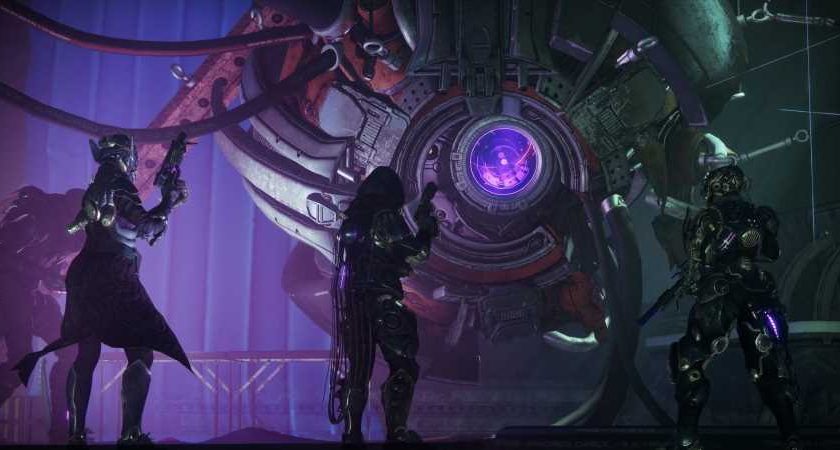 Season of the Splicer has arrived with its Fallen babies, over 40 new and reprised weapons, as well as a brand new story involving a friendly alien. It also has brought with it a ton of changes to Destiny 2’s weapons, starting with a nerf to the Crucible’s meta weapon.

Aggressive (120 RPM) Hand Cannons have received the bulk of Season of the Splicer’s nerfs. Damage and aim assist falloff distance have both been reduced by 2-4 meters, depending on your gun’s range. This effectively halves the range these weapons received at the start of Beyond Light, but this still gives them a longer range than other Hand Cannons.

Swords are also getting nerfed, with the Falling Guillotine’s heavy attack ammo cost rising by 50%. This is the second nerf that Vortex Frame Swords have received after going several seasons as the go-to damage dealer for up-close and personal boss fights, but this time we might finally see Falling Guillotine give way to the new class-specific swords.

Season of the Splicer brings a new Stasis Aspect for those who’ve purchased Beyond Light as well as new Stasis-based bounties from the main vendors. The first quest will take you to Ada-1 who brings the brand new armor transmog system, and the new HELM has been updated with all new Splicer-inspired loot.

However, it seems that some players are having difficulty logging in following the patch. Bungie has announced an extension to server maintenance which could mean more “honeydew” errors over the next few hours.