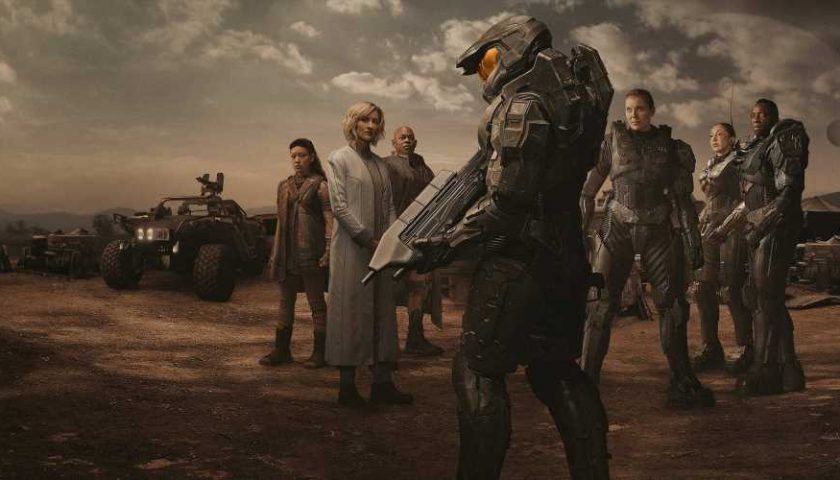 There were so many new TV shows in 2022, it might have slipped your mind that Paramount's Halo adaptation was among them. Or maybe not, as it has now been revealed the Halo series was Paramount Plus's most-watched show of the year, beating some pretty handy contenders to the crown.

According to the Wall Street Journal, Halo beat the critically acclaimed Yellowstone and 1883 to the top of the Paramount pile. Granted, Yellowstone was only available through the service outside of the US, but all things considered, that still has to be considered a big win for both Paramount and the Halo team. Confirmation that the studio was right to move ahead with a second season.

On a landscape where shows are being canceled unless they are unmitigated hits as soon as their first season drops, the Halo adaptation continuing wasn't necessarily a foregone conclusion. Especially since some of the feedback from diehard fans of the games wasn't exactly glowing. The show's Master Chief removing his helmet didn't go down well. Nor did the Spartan having sex.

Halo pulling in record viewers for Paramount probably won't be a surprise to some. Not just because its biggest competition was a show you couldn't watch on the platform in the US, but also because its debut episode set a viewership record for the streaming service back in March. The wait for season two might also be shorter than you think. The first image from the set was shared four months ago, so production is already well underway.

Halo is one of many video game series to receive the adaptation treatment recently, and with the show getting less attention than the likes of Mario and The Last Of Us, it's probably a good thing the first season is already out there. With God Of War, BioShock, and Mass Effect projects in the offing at various studios, there's a very real chance Halo could have been massively overshadowed had it launched a year or two later.