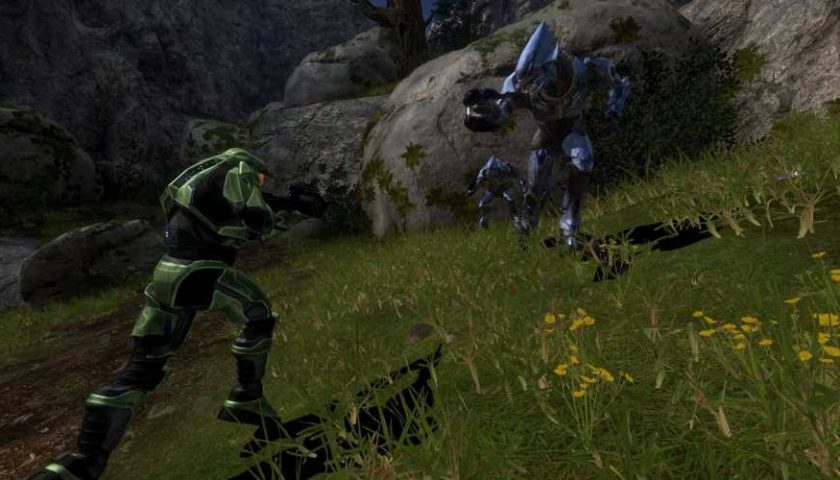 The Master Chief Collection already allows fans to re-experience the original Halo trilogy with remastered graphics, but the overall gameplay is still pretty dated. There’s no run, no slide, and you can’t really look and shoot quickly. There are mouse controls, but the original Halo: Combat Evolved still really needs a controller to feel natural.

What Halo really needs is a complete remake with modern controls and maybe a few updates to its maps, enemies, and weapons. 343 Industries is currently busy getting Halo Infinite’s co-op campaign and Forge mode out, so that leaves modders to pick up the slack.

Halo Reborn was announced last weekend as the remake to the original Halo trilogy that fans have been clamoring for. "Halo: Reborn is an upcoming custom Halo Campaign that aims to follow the full story of the Halo trilogy but re-telling it through entirely reimagined missions, environments and encounters in one unified experience," reads the mod description on its official Mod DB page. "This means it's all done in one engine, one game as a continuous story."

You can see what Halo Reach is all about in a five-minute gameplay reveal trailer. Halo Reborn starts with the general story beats of the first Halo, but the map looks wildly different. Master Chief starts with a Battle Rifle instead of an Assault Rifle, and he fights Covenant Elites wielding Plasma Rifles way sooner than he would in Combat Evolved.

Maps are being remade larger, with all-new 1-4K textures made using photogrammetry. Characters, vehicles, and weapons are also being touched up with new models and textures. The new level layouts will cut down on some of the backtracking of the original, and the mod team has even hinted at some cut content making a return in Halo Reborn.

There's also going to be brand-new weapons, such as a new grenade and the new Snapper Auto Turret, and the new Immersive HUD fades out UI elements that aren't needed by the player.

Halo Reborn is currently being remade in Halo 3's engine, but the mod team said it's likely to move to Halo Reach before final release. We don’t know exactly when that release will be, mind you, but follow the official web page and join the Halo Reborn Discord for updates.