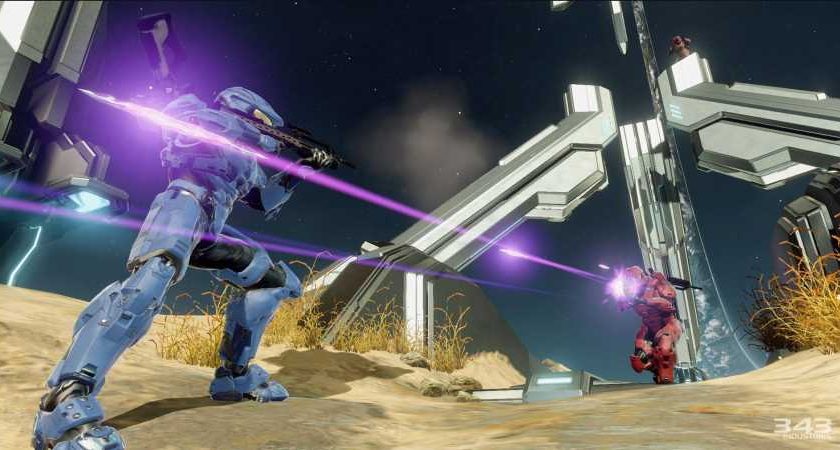 As we head towards the release of Halo Infinite this fall, there’s a good chance that many longtime Halo fans may load up The Master Chief Collection to indulge in some good old-fashioned multiplayer matches. After all, you don’t want to be too rusty when the latest installment of the series drops sometime this year. Especially since there will be plenty of online competition as Infinite’s multiplayer will be free for everyone to enjoy.

However, while The Master Chief Collection is currently a good way to play some old-school Halo multiplayer, the people at 343 Industries may be looking at a way to freshen up the game’s lobbies. Nothing is set in stone yet, but increased player counts could be coming to the original Halo titles.

In the video above, Halo producer and former pro Halo player, Sean Swidersky, briefly mentions that 343 Industries is investigating the idea of increasing Halo: The Master Chief Collection player counts beyond the traditional 16 players. This could potentially lead to lobbies of 40 to 60 players, which would make for some wild multiplayer games.

Swidersky does caution everyone that the team is still working out whether or not this player increase is possible. It all depends on how it would affect the game’s performance and if consoles could handle the additional players. Regardless, the mere idea of having massive 60-player Halo matches is a tantalizing prospect. It would certainly make Grifball matches even wackier.

This tease comes not too long after the exciting news we received about Halo Infinite during E3. Aside from the free multiplayer, we’ve also found out a little more about what the newest sequel will offer. That includes battle passes that never expire, screenshots of Infinite’s multiplayer maps, and plenty of footage of that glorious grappling hook. We still don’t have much information about Infinite’s story campaign, but hey, there’s a new Cortana. That’s cool, I guess.

We’ll have to wait and see if this player count increase does actually happen. Having more players to snipe with a pistol or bash with a Gravity Hammer in the older Halo games would be delightful as long as it doesn’t affect performance. For now, you can still enjoy playing the current Halo titles as we wait to find out when Halo Infinite will launch (which may or may not be sometime in November.)