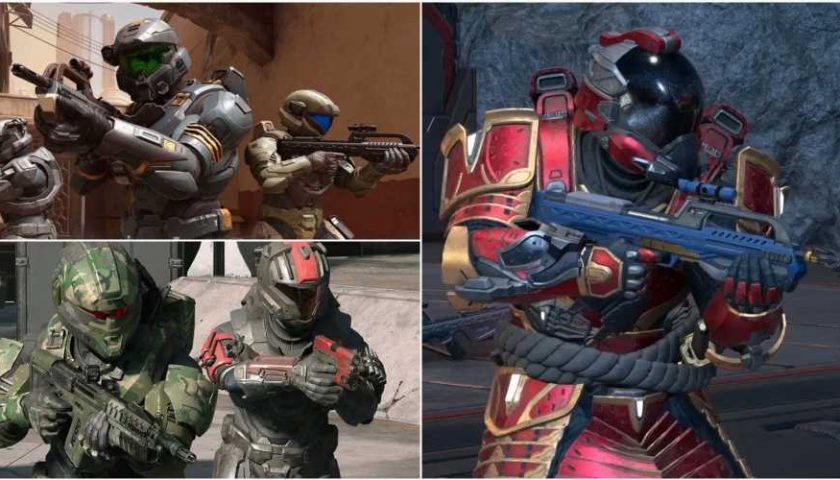 Halo Infinite has finally added in multiple playlists thanks to the latest patch, allowing you to target specific modes for challenges and even dive into fan-favorite gametypes that were absent at the game's launch. Amongst the new playlists is Tactical Slayer (SWAT), which is always a blast to play in any Halo title.

In SWAT, everyone spawns into the match with a precision weapon and no shields, meaning a well-placed shot to the head is an instant kill, making for a fast-paced mode that has everyone's head on a swivel. While, in concept, SWAT is one of Halo's most straightforward modes, it can be quite challenging to some, but that shouldn't discourage you from jumping into an enjoyable game mode. 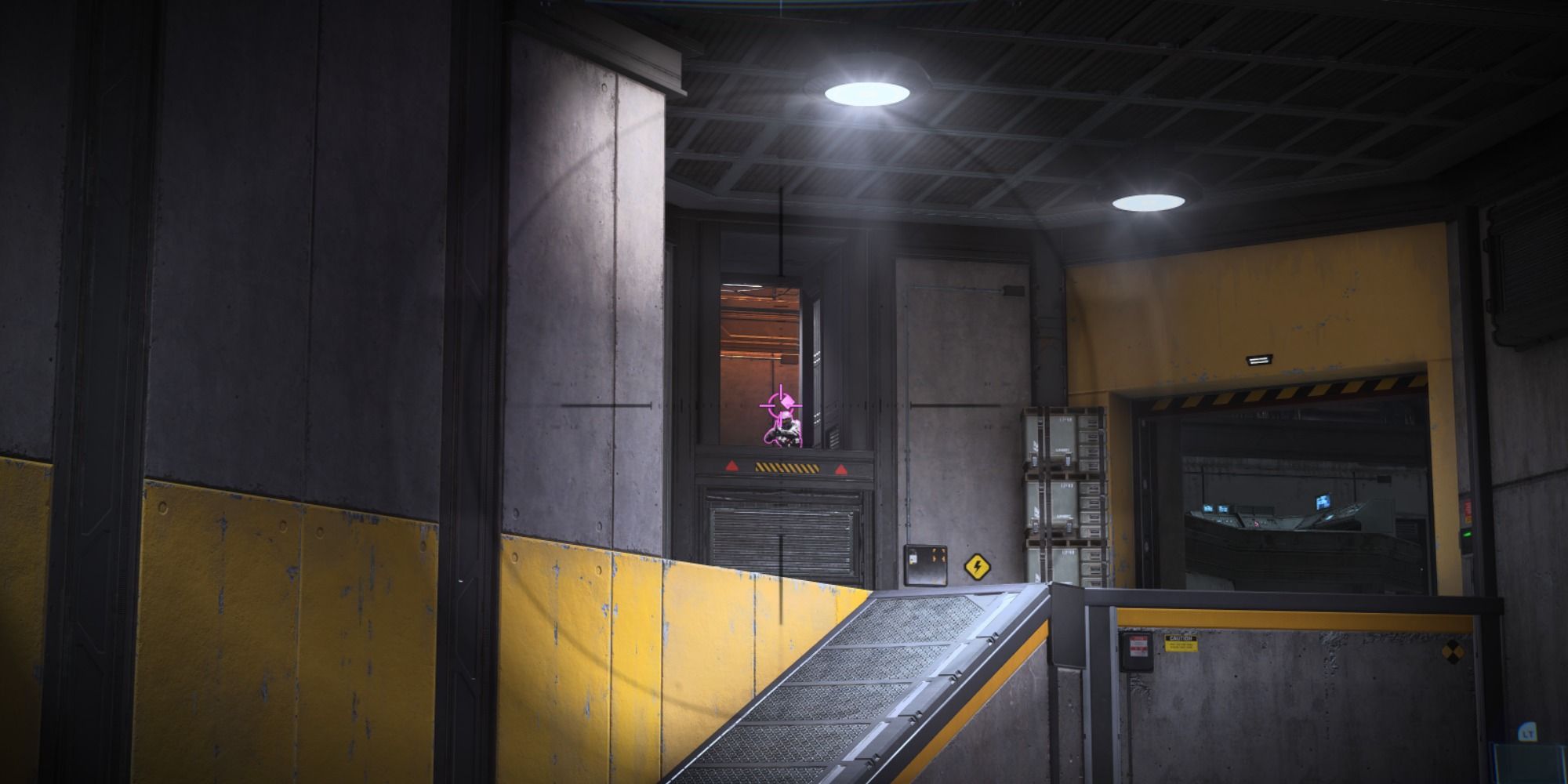 While it may seem obvious, one of the first rules of SWAT is always to keep your reticle at head-level, allowing you to efficiently dispatch targets that cross your path and react to those pesky "Halo Jumpers" that hop around the map like some crazed bunny.

If you're used to aiming the BR at the body for the "3 to the chest, 1 to the head" method, this might take some getting used to, but always having your sights aimed where the enemy's head is likely to be is your best bet to find success in Halo Infinite's Tactical Slayer. 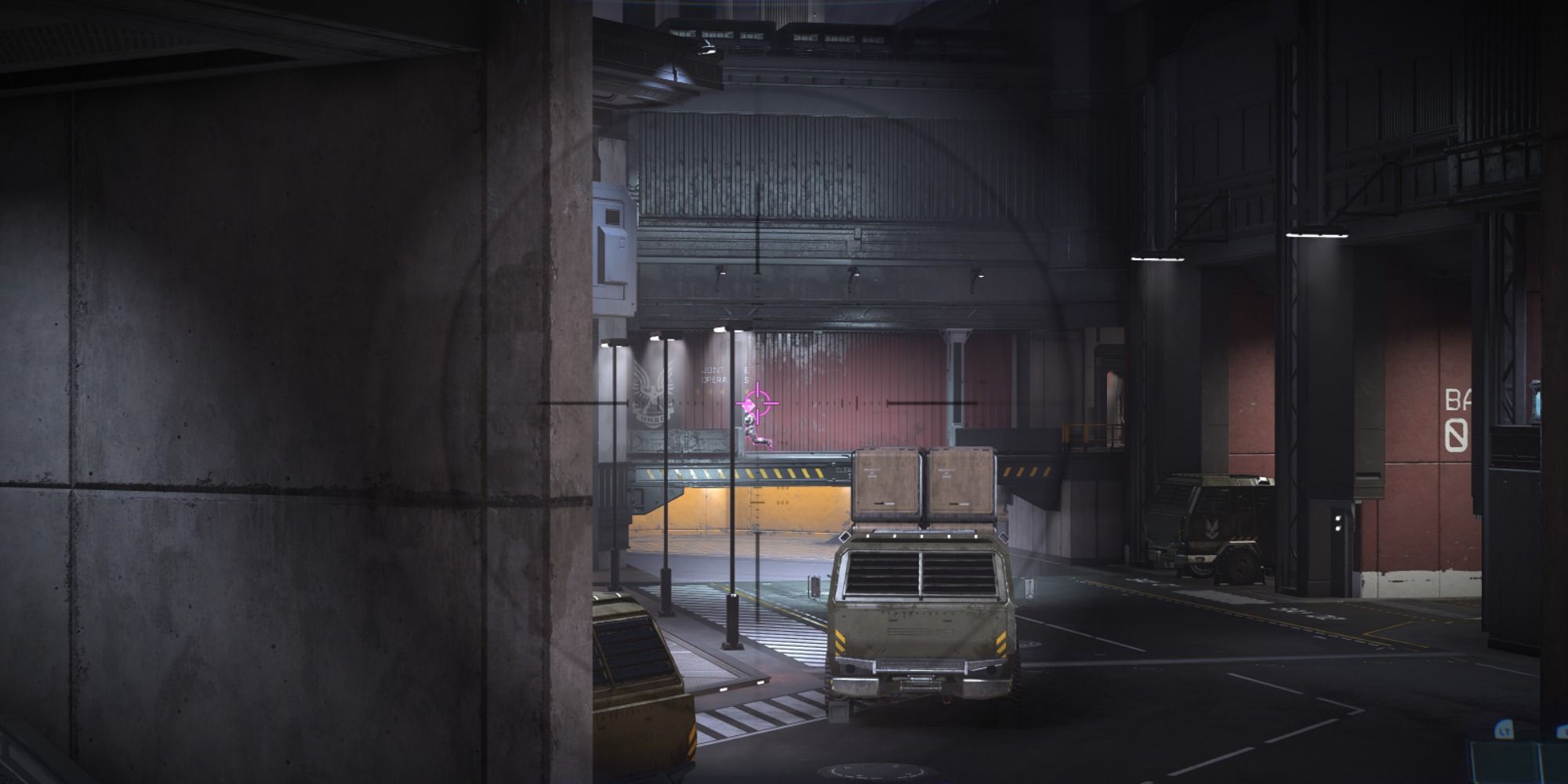 The maps present in Halo Infinite are typically filled with many sightlines, allowing you to see from one area of the map, clean across where the enemies spawn or might pass through. Fortunately, in Tactical Slayer, you only need one well-placed shot to make that sightline a threat for the enemy.

Controlling where the enemy's go will give you an enormous advantage in SWAT, and this strategy begins with you locking down a highly-populated area by picking off anyone who stumbles into it with a steady BR shot. Not only will you force the enemy to find a different way to navigate around the map, but you will likely have some keep rushing back to the same spot trying to seek revenge, which is quite hard to do in SWAT. 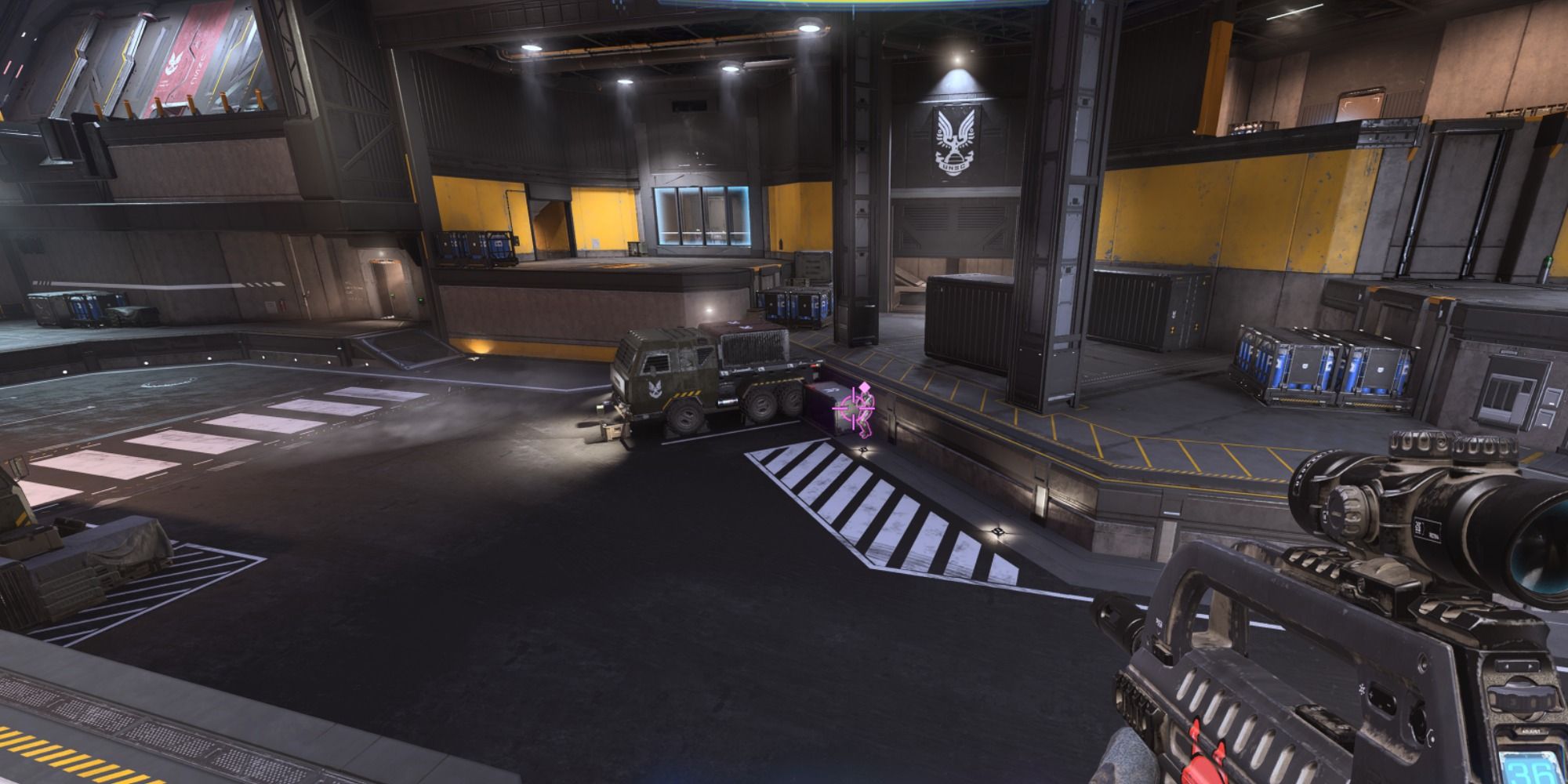 Unless you know where the enemy is, and you can jump around the corner to catch them off-guard, jumping should be prohibited and only used to climb up to vantage points or "jump-shot" an enemy in an elevated position. Jumping may work a handful of times, but it leaves you exposed and vulnerable in the end.

For example, once you leave the ground, you realistically only have one option, and that's to aim at your target and hopefully get the kill. While, in contrast, your opponent can freely move around on the ground, evade your attacks, and better pace their shots, giving them a considerable advantage. Remember, it only takes one shot to die in SWAT, so you don't want to willingly put yourself in a vulnerable state. That's only asking for trouble.

When In Doubt, Melee 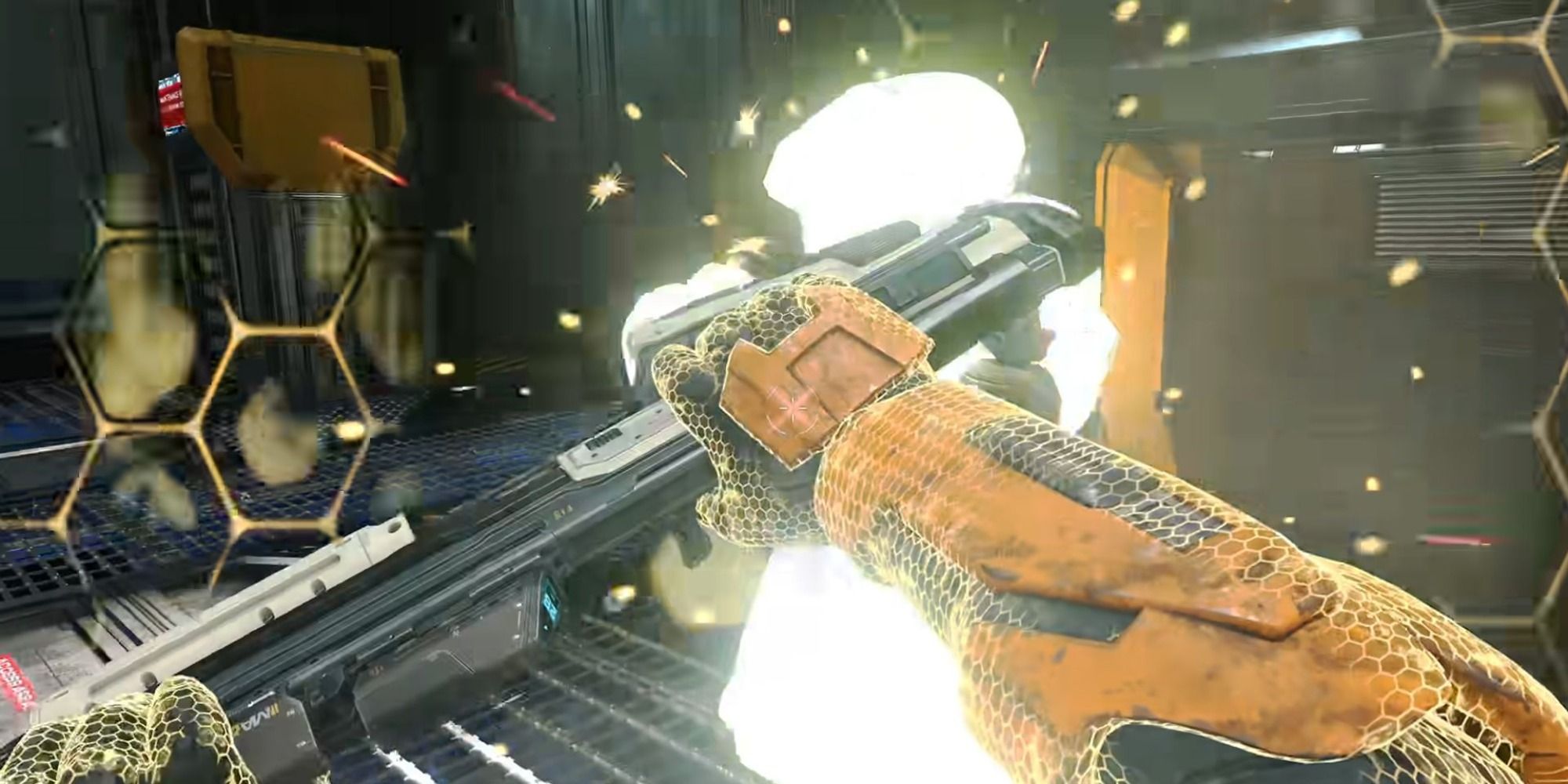 In addition to one-shot headshots, a single melee attack will also kill because shields are disabled, allowing you to end flustered close-quarter engagements with a deadly punch. Furthermore, camping lifts/doorways are an excellent way to take advantage of the situation.

Will you frustrate the opponent by slithering around, lurking in the shadows, with the sole purpose of beating everyone down? Perhaps. But is it worth it? Absolutely. No one expects someone to play up-close-and-personal in SWAT, and using it to your advantage only helps the team out in the long run.

Use Chokepoints To Your Advantage 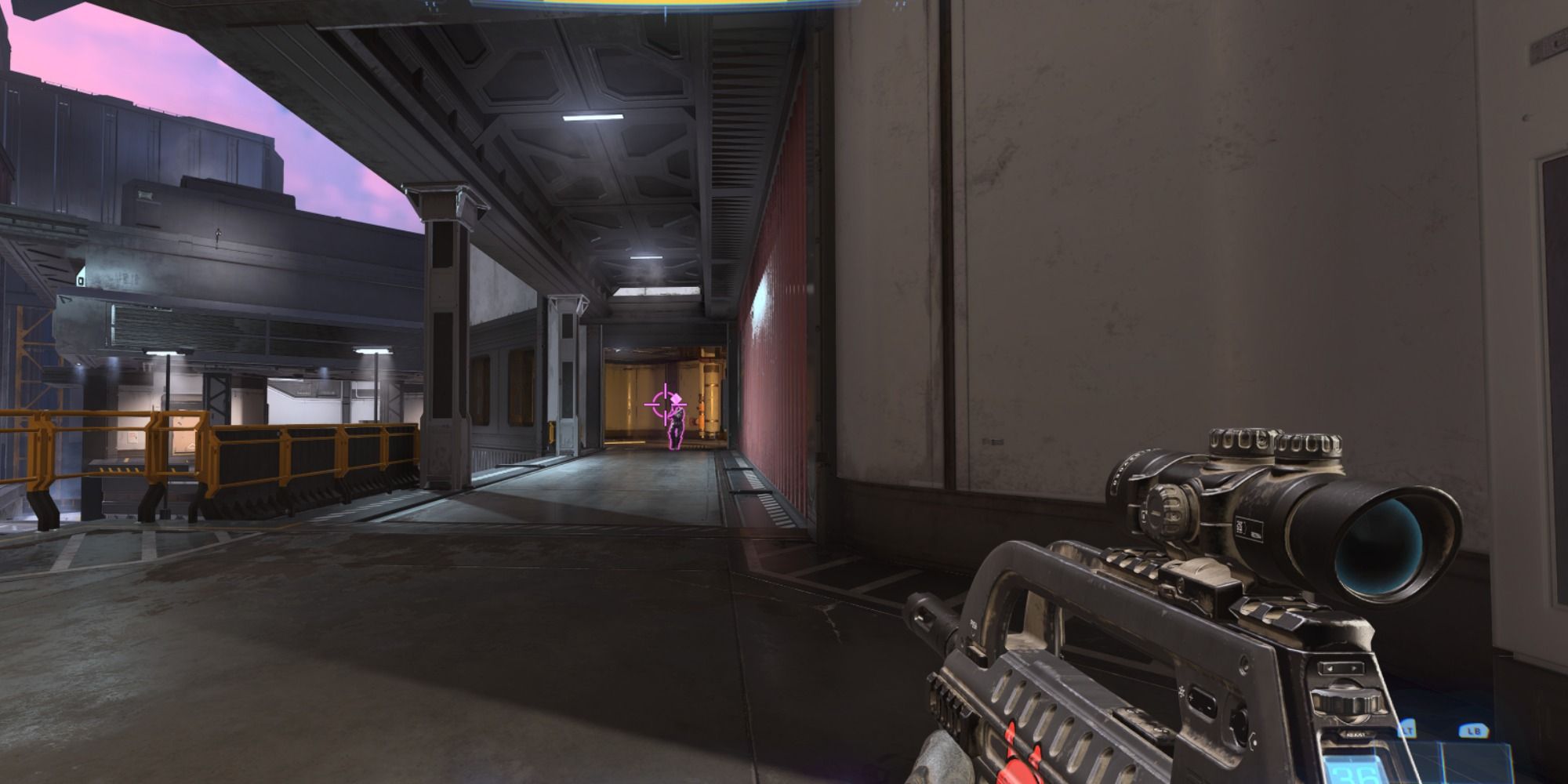 Every Halo Infinite map will have chokepoints meant to funnel players into areas or provide an additional route to get across the map faster. Use these areas to your advantage, as this is where you can score multi-kills, go on sprees, or even spawn-trap enemies in certain situations.

Chokepoints, for example, are typically narrow pathways such as hallways, tunnels, corridors, etc. Setting up shop just outside of a chokepoint can give you the jump on an unsuspecting victim. However, since chokepoints are located in high-traffic areas, don't expect to stay there too long. You will eventually have to move or will likely get taken down. 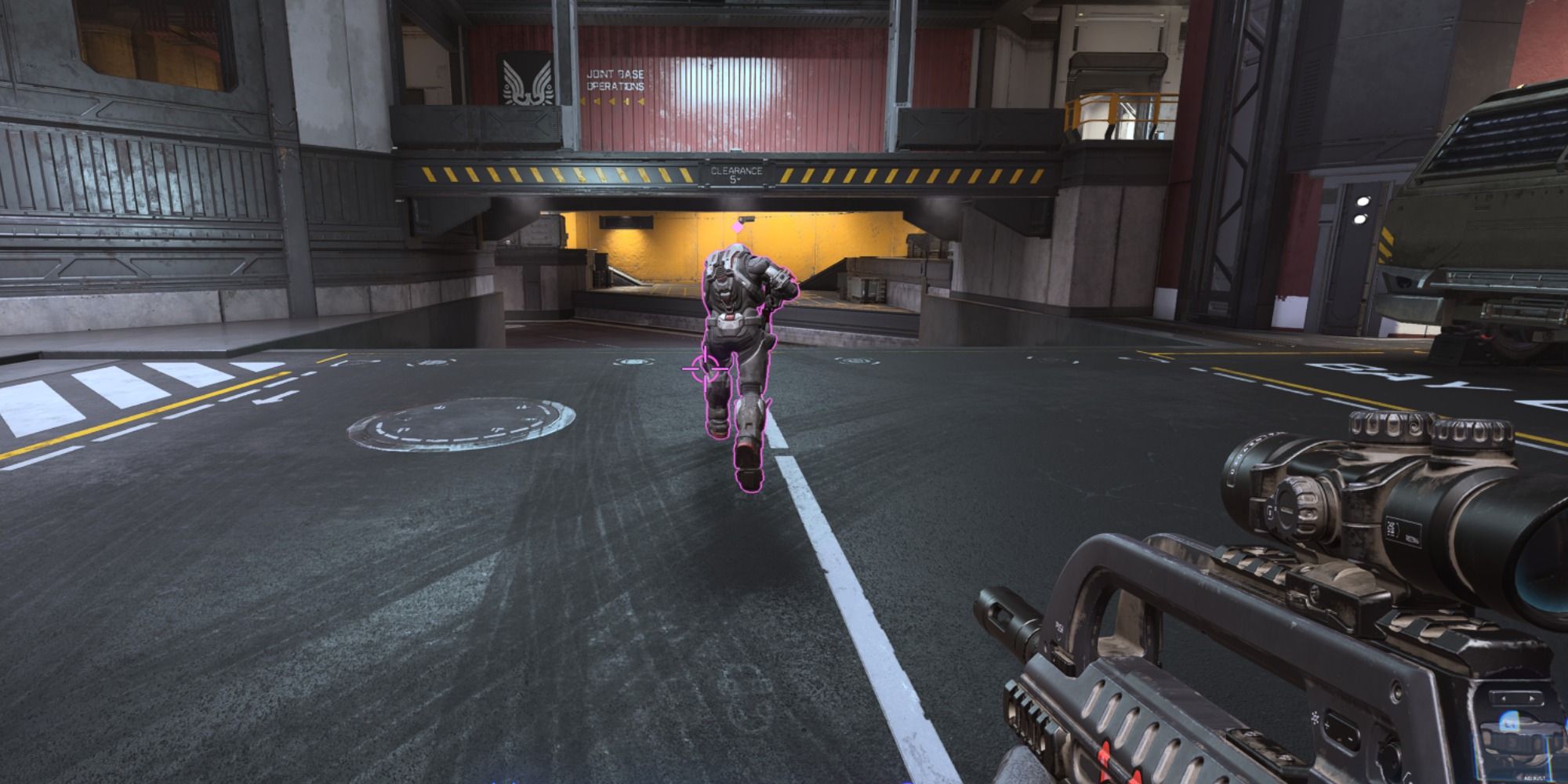 If you are taking incoming fire from an enemy and are luckily still alive, one of the best methods of survival is the ol' "tuck and run" strategy. This is where you look directly at the ground and run away from the shots, with you back towards the enemy, shrinking the hitbox for your head ever so slightly.

While this won't guarantee you make it out alive, it will increase the chances as it is much harder to land headshots on someone looking at the ground while firing at their backside. Chances are, you will force the opponent to rely on body shots to take you down, which surprisingly takes a while with kinetic weapons. 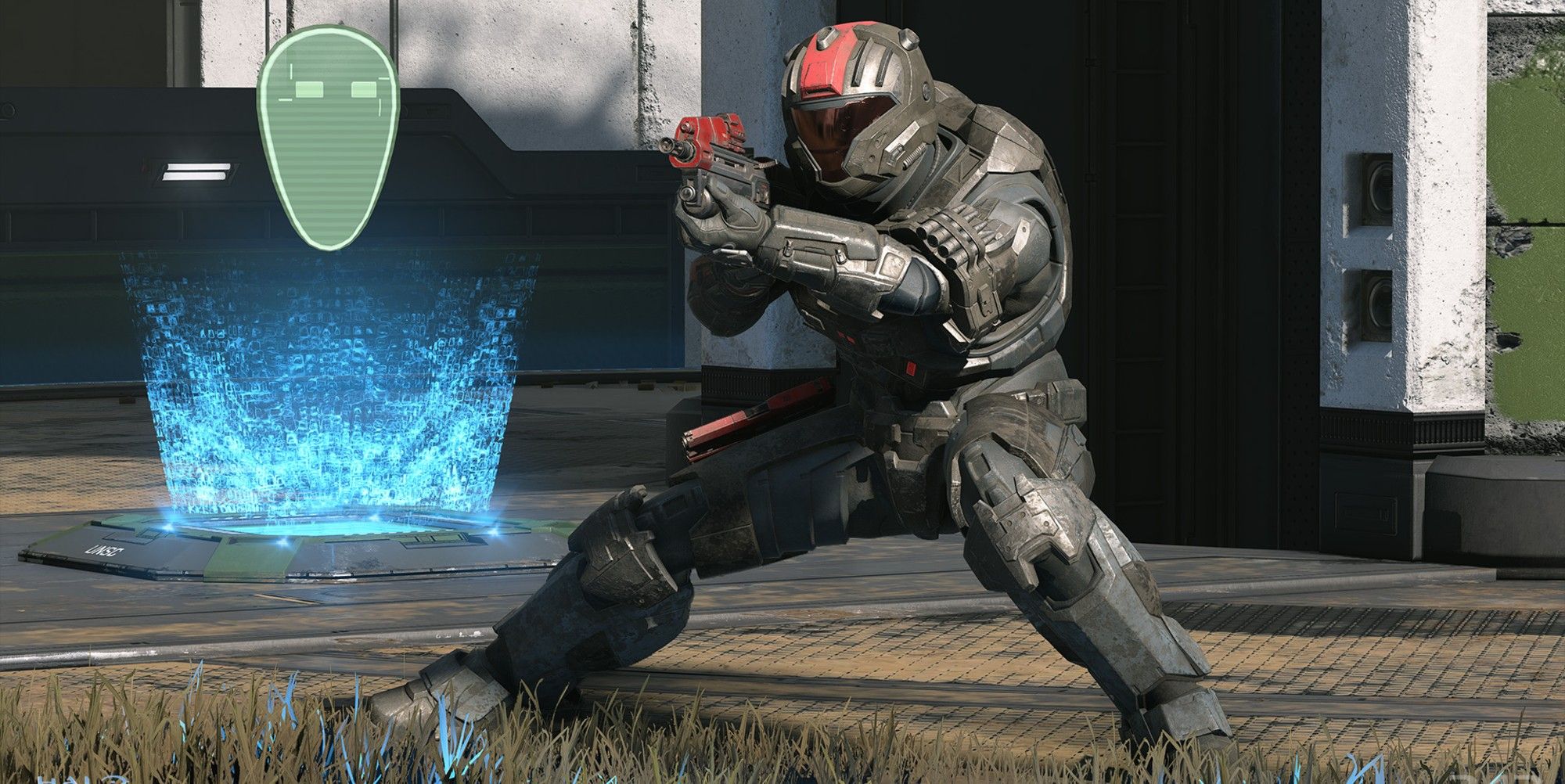 Unless you're running away from the target, as in the tip above, you should rarely sprint in SWAT as you make yourself vulnerable and defenseless. Even if you want to make it to a spot faster, we recommend proceeding with caution because once you start sprinting, you cannot possibly stop, aim, and shoot faster and more accurately than someone posted up, waiting for your arrival.

The only time sprinting isn't risky is at the start of a match or when you need to get out of a sticky situation, but we strongly advise against doing it to keep your crosshair steady, and your gun readied. Additionally, you will be surprised how much people sprint. Once you stop running, you will be able to take advantage of everyone else making that mistake and dispatch them efficiently.