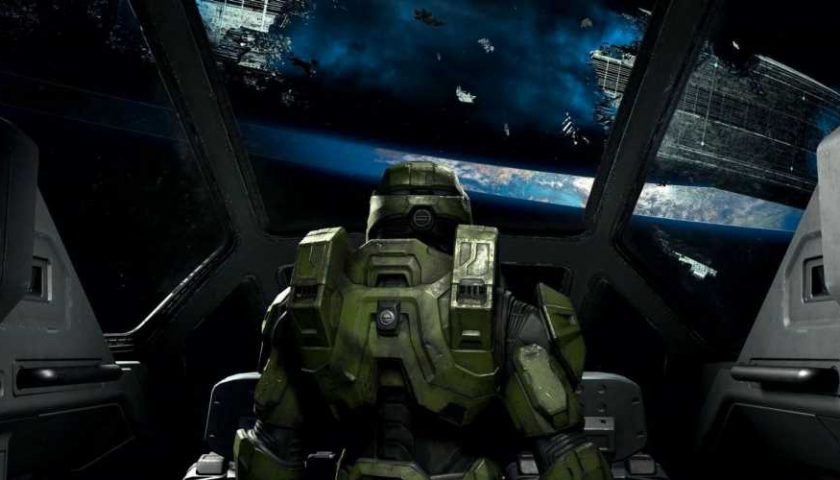 Halo Infinite launched last year and although it might feel as if it stepped out of the spotlight relatively quickly, it'll steal some of that attention back sporadically throughout 2022. Its TV adaptation's weekly episodes have been doing that for the past three weeks, and the announcement that Infinite's second season is now less than a month away has renewed the hype surrounding the game's multiplayer elements.

So much so that a mod for the PC version of the game that was created shortly after launch is also getting some fresh and deserved attention. As highlighted by PC Gamer's Jody Macgregor, there's an Infinite mod that allows you to play the game in third person. The mod is restricted to the single-player campaign, probably because using it in multiplayer modes would likely be flagged as cheating and result in you possibly receiving a ban.

There are a number of mods you can install for Infinite on PC, and this one isn't the simplest to do but is worth it if you want that third-person Master Chief experience. You'll need to download the Infinite Runtime Tagviewer and then extract the zip to a folder of your choice. After that, you'll have to download the All Campaign weapons third person mod and put it in Tagviewer's mod directory. There are a few more steps once you start up the game, and you can check out the whole process in the video tutorial below.

The mod is great, but it's not perfect. Unfortunately, the game won't revert to first-person when you look down a weapon's sights. You'll also need to repeat the process above every time you start the game back up and want to play it in third person. Again, not ideal, but worth it if you literally want to see and play Infinite from a different perspective.

Developers of shooting games like Halo need to decide whether they want their games to be first or third-person shooters. It's an incredibly important decision to make, and there's a reason Halo games are first-person. Its creators want players to feel like they are literally suiting up as Master Chief. 343 explained that recently when defending the decision for Master Cheif to remove his helmet in the TV adaptation. Since TV is an entirely different medium, 343 devs explained that they don't need viewers to feel like they're assuming the role of Master Chief, so it doesn't matter that you know what his face looks like.