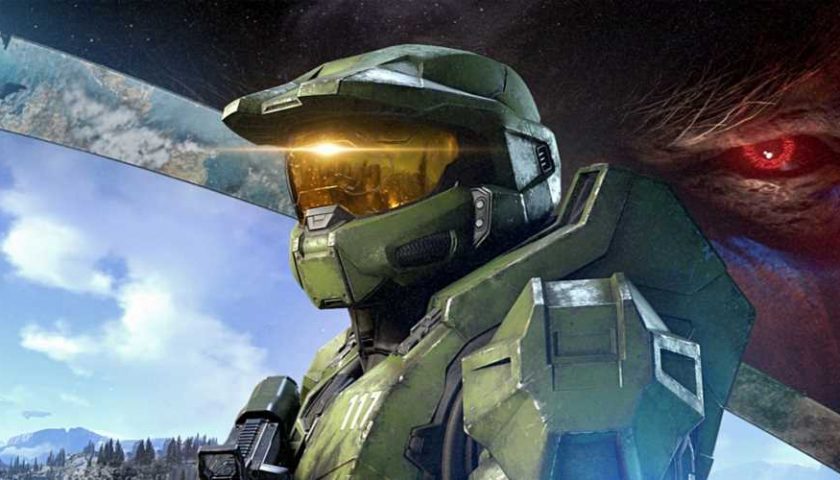 Halo Infinite's Legendary campaign mode is back with yet another set of crushing levels rife with Sniper Jackals, Elites, and Boss enemies. Rather than simply altering damage and health to make the experience artificially hard, the game’s highest difficulty improves the enemy AI's accuracy and evasion.

Attempting Infinite’s campaign on Legendary mode will result in a multitude of deaths for new and experienced players alike. Beating it can seem impossible, but there are a plethora of strategies that can help you to outwit and outmaneuver your enemies, all the while using the open world’s sandbox to your advantage. Weapons, equipment, and vehicles can all be utilized with the right strategies to beat the game’s hardest difficulty.

Halo Infinite’s equipment can give you an edge over the combat’s main focus of weapons, melee, and grenades. You must find Spartan Cores hidden around the open world to upgrade your equipment and shields. Each shield upgrade will make your shields 15 percent stronger each time, making upgrading it a necessity for playing on Legendary. 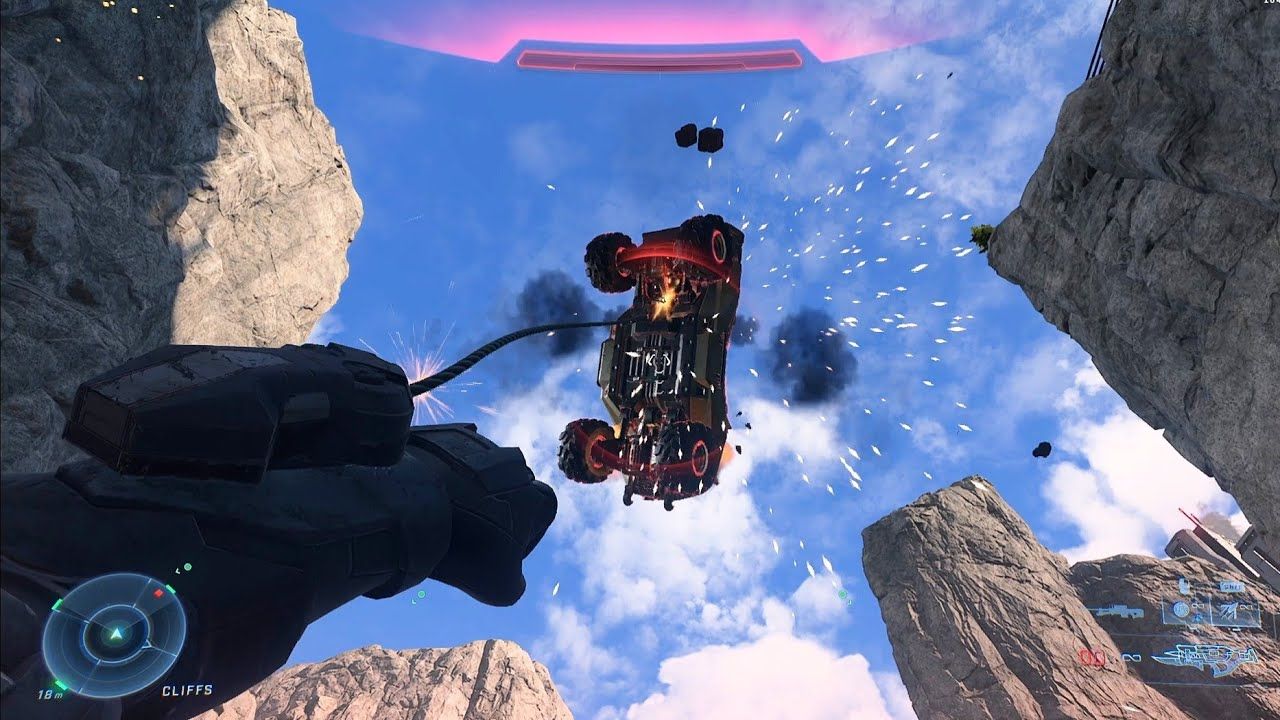 Though each piece of equipment has its specific use, the only one that is universally viable is The Grappleshot.

The Grappleshot should be your go-to piece of equipment in Infinite’s sandbox. You will begin the game with it unlocked immediately and will soon learn that it remains one of the most useful tools at your disposal. With it, you can scale any surface, pull items over to yourself or use it to stun enemies. In your Legendary campaign, you may find yourself in scenarios where you will be stuck behind cover in need of other weapons or ammo. Use the Grappleshot to reel items over to yourself whilst you are stuck in this position. Any item that can be picked up can be pulled over with the Grappleshot. You can also use it to pull yourself out of a dangerous situation, as you move so fast whilst using it that enemies are rarely able to hit you.

The Grappleshot has an incredibly quick cooldown which is cut down by a further 40 percent upon the equipment’s second upgrade. Therefore, having it at hand is a must. It can also be upgraded to stun enemies that are hit by the Grappleshot, as well as allowing the player to make a devastating blow upon colliding with enemies and holding down the melee button. This upgrade will instantly kill unshielded enemies upon use. 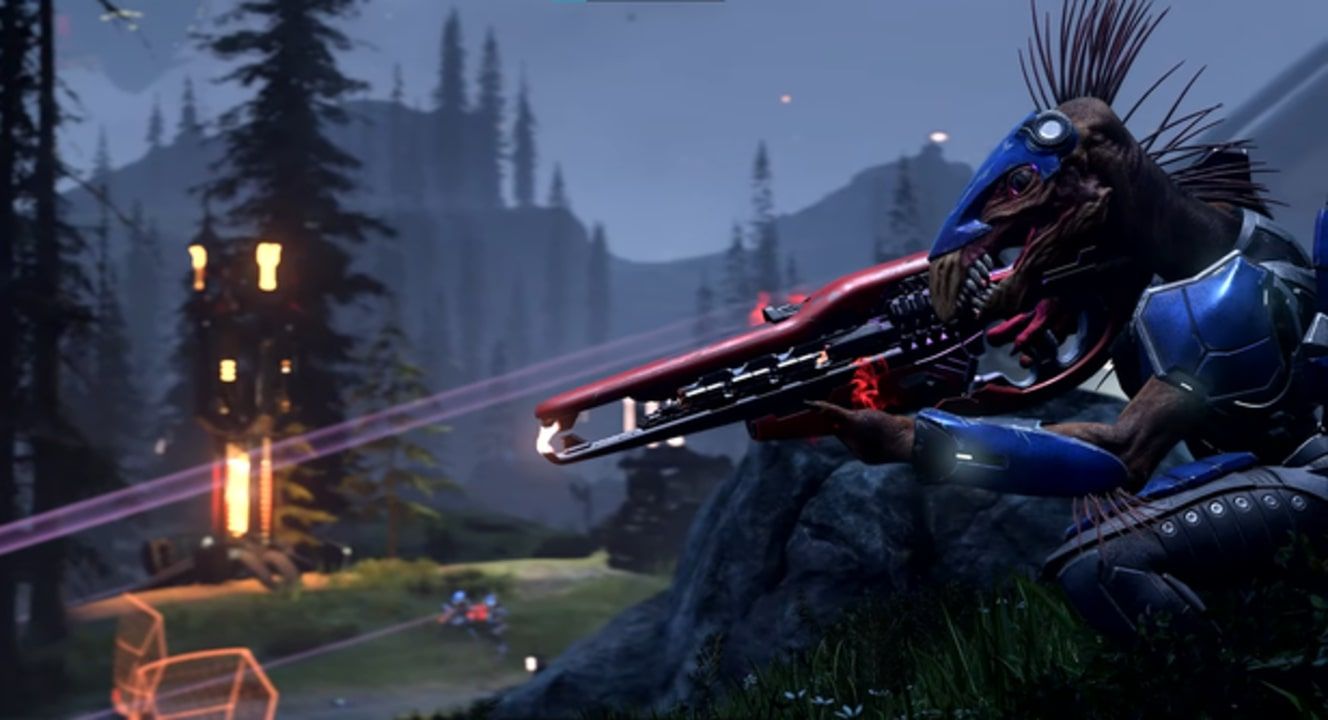 Grunt enemies are your basic cannon fodder, all of which except Ultra-class Grunts can be killed with a single shot to the head from a precision weapon. Though they’re easy to kill, they can be overwhelming in large groups due to their eagerness to throw plasma grenades. Aim to quickly dispatch these enemies in between fighting Brutes and Elites.

Jackals are the main defensive and sniper classes of the Banished. You will most commonly find them using shields and one-handed Banished weapons, making them hard to hit but easy to avoid damage from. Either shoot the gaps in their shields to expose them or hit their shields with your Grappleshot to temporarily stun them. Either of these moves will open the Jackal up for a headshot, which will kill in one shot from a precision weapon.

Halo 2’s dreaded sniper Jackals make a return in Infinite, wielding Stalker Rifles that can kill you in three consecutive hits. Keep an eye out for their targeting lasers and helmet lights to avoid them and take them out. Eliminating these snipers should remain a high priority in any encounter.

The Brutes stand as your main infantry and come in a few different variations. Many of them will be protected with one or more layers of armor, which can be shot off from their bodies. Once their heads are exposed, you will be able to kill them with a precision weapon headshot.

The Elites are essentially your equal, they wear regenerating shields similar to your own, can dodge your attacks, and pick up other weapons. When appearing in an encounter, they should become your top priority. Keep in mind that before detecting you, idle Elites will walk around with their shields deactivated. This will allow you to eliminate them with a headshot from any precision weapon. However, when engaging in vehicle combat against them, don’t get too close as they can hijack you with ease.

Hunters are the mini-bosses of The Banished. Use Plasma and Spike grenades to weaken their armor, allowing you to hit the exposed flesh in their backs. Having a power weapon like the Energy Sword can allow you Grappleshot behind them and close in for a quick kill. 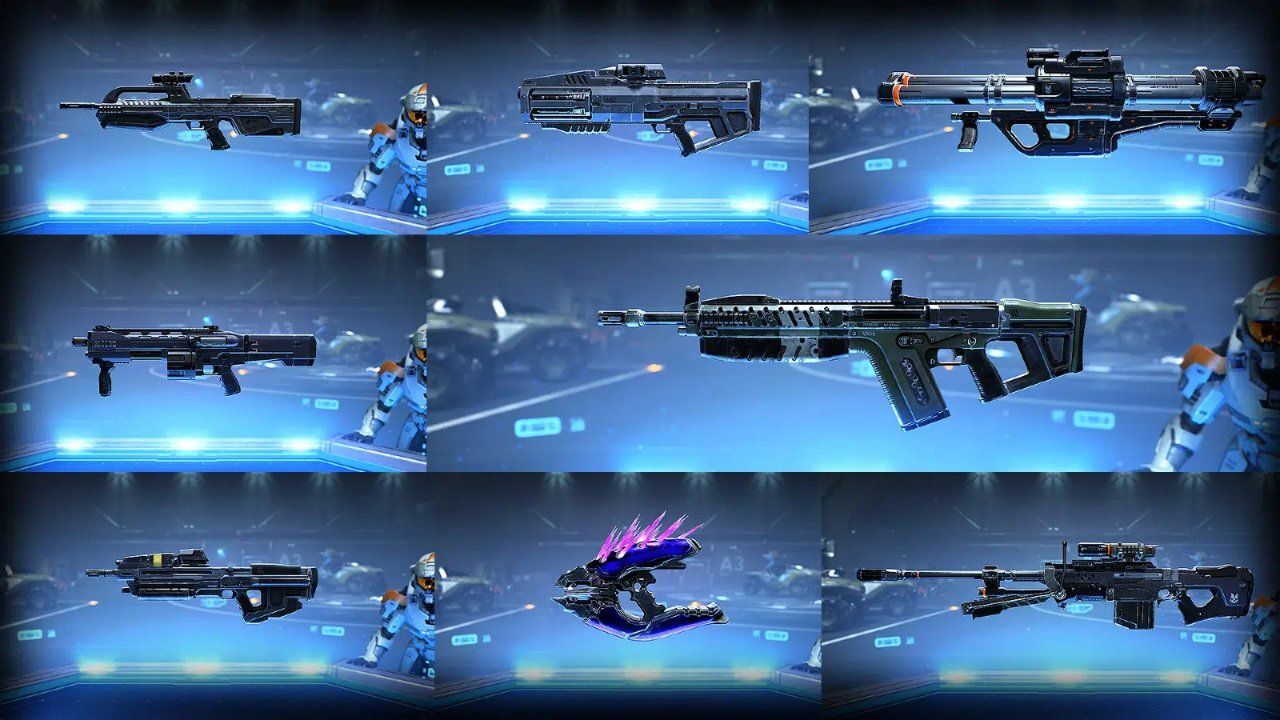 Halo Infinite’s weapon sandbox provides you with a plethora of means by which to dispatch The Banished. Most importantly, you should aim to complete as many of the open world’s side-quests to earn valor points. These points will allow you to progressively unlock more power weapons to spawn in at your reclaimed FOBs (Forward Operating Bases). Fast traveling to your nearest FOB to gear up with the necessary items to take into the next encounter is a high-priority strategy on Legendary. You can also unlock variations of weapons by eliminating targets highlighted on the map, which you will be able to spawn in at FOBs, even without the base weapon being unlocked.

The key to your survival in Legendary is your use of precision weapons. Unshielded or unarmoured targets can be killed in a single headshot with any one of these weapons. If you have an automatic weapon on hand, use it to destroy enemy shields, and then switch to any of these weapons to close in for a headshot:

Infinite’s sandbox contains a variety of power weapons that can be used to great effect in different ways. The Banished’s stock of UNSC weapons as well as their means that whilst these weapons are uncommon and often carry very little ammo in comparison to normal weapons, they are almost always available in the environment.

Use this weapon to eliminate high-priority targets instantaneously. The Rocket Launcher can also be used to dish out high amounts of damage to boss enemies.

The Skewer is a Banished anti-vehicle sniper weapon. Use this to eliminate or disable enemy vehicles. It can also be used to deal large amounts of damage to infantry, however, it will take a high amount of skill and practice to aim.

The Cindershot’s bouncing explosive projectiles are hard to control but can deal high amounts of splash damage if used correctly. The weapon’s secondary fire allows you to control the projectile in flight, making it highly useful against enemies in cover.

The Hydra is a mix of an explosive anti-vehicle and anti-air weapon. Use the unguided primary fire to eliminate infantry, then switch to the guided secondary fire to lock on to moving vehicles. Keep in mind that the Hydra’s primary fire is more powerful than its secondary, so you will be rewarded for highly accurate shots with the primary mode.

Using either of these melee weapons is a great risk on Legendary as you’ll want to be avoiding hits as much as possible. However, the Energy Sword’s lunge will allow you to quickly dispatch lone targets, making it useful against Brute Minors and Elites. The Gravity Hammer’s high splash damage will ensure that all surrounding enemies are at least stunned if not killed, giving you breathing space to back away.

Keeping a combination of a precision weapon and a power weapon before entering encounters will allow you to be versatile against large groups of enemies, allowing you to balance fighting cannon-fodder class enemies with larger infantry. 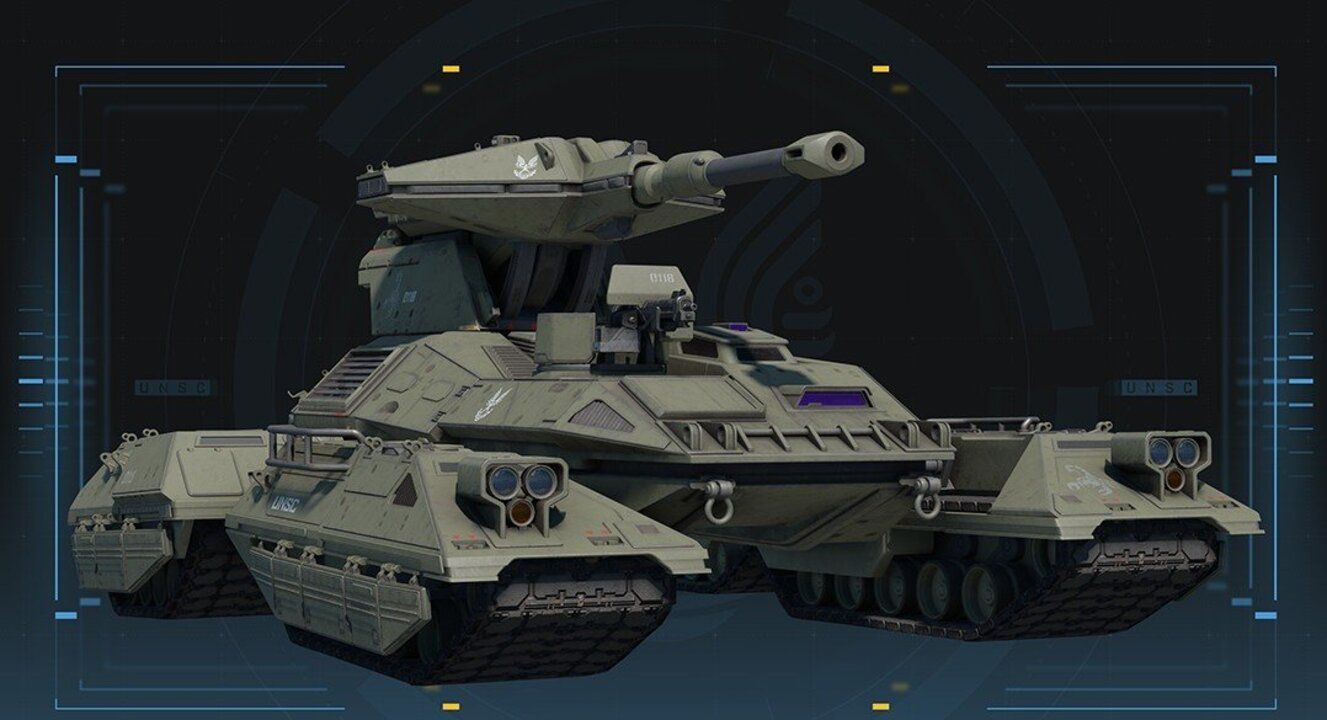 Most of the early vehicles you’ll have access to are more useful for traversing the map to your next objective. The Ghost can be used offensively, but you should remain wary of its low health, as the vehicle can only survive a few skirmishes on Legendary. The Warthog can also be used offensively if you have a friendly NPC operating the machine gun. This, however, gives you the hindrance of not being able to operate the machine gun yourself, making the Warthog only useful for hit-and-run attacks.

Your go-to vehicle should be the Scorpion Tank. Though it is unlocked later in the game at 1,700 valor points, you can find it at various Banished outposts throughout the open world. Its large amount of health and powerful main cannon make it the perfect offensive vehicle to encounter enemies with. Use the main cannon to deal splash damage and remove shields and armor from bigger enemies.