Halo Infinite contains its fair share of daunting foes who want nothing more than Master Chief’s head on a spike. While the legendary Spartan has faced off against an assortment of dangerous enemies, Halo Infinite presents some of his fiercest battles yet, especially in the form of the energy-sword wielding Jega ‘Rdomnai.

This Elite assassin appears to be Escharum’s second-in-command, as the Banished warlord calls upon ‘Rdomnai for highly important missions. Through your exploration of Zeta Halo, you’ll find a handful of Spartans that were killed by an energy sword, which is presumably his. Spartans are nearly unkillable, so any being capable of slaying multiple Spartans should not be underestimated.

To draw Master Chief in for one final confrontation, Escharum orders ‘Rdomnai to kidnap Echo-216 and the Spartan must face off against the Spartan-killing assassin in Mission 14: House of Reckoning. This guide will detail tips and strategies on how to survive the deadly ‘Rdomnai. 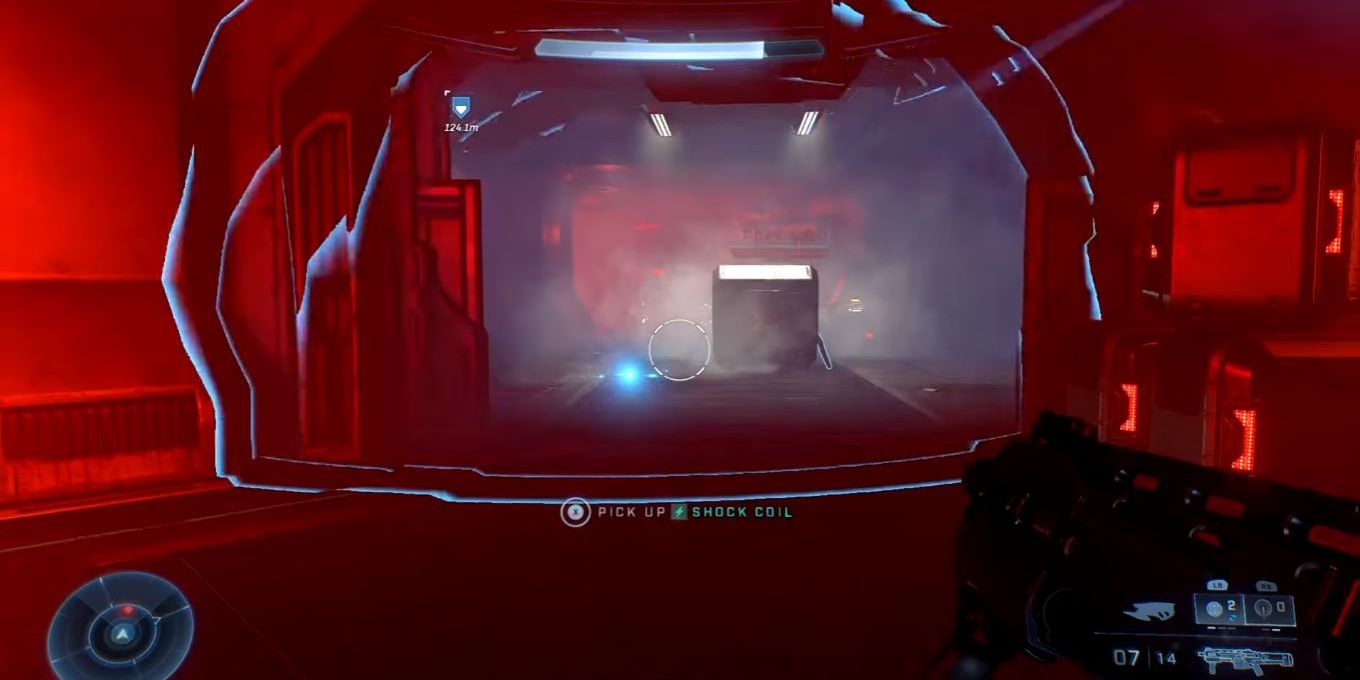 While Master Chief has a nice assortment of handy equipment to use in Halo Infinite, odds are you’ll be mostly using the Grappleshot up to this point. Well, hopefully, you’ve upgraded his Threat Sensors because you’re going to need them. ‘Rdomnai activates active camo throughout this boss fight, which can be quite deadly with his energy swords. If you stand still, you might be able to make out the simmer of the Elite’s invisibility, but why struggle when you can use Threat Sensors?

These are the upgrades associated with the Threat Sensors:

In a perfect world, Master Chief’s Threat Sensors will have been upgraded to level three Clairvoyant before the fight, allowing him to use multiple sensors and reduce the overall cooldown. If the Threat Sensors aren’t upgraded to Clairvoyant, they should be at least at Operative. Once the battle starts, you’ll need to fire one or two Threat Sensors that can cover a wide area to see where ‘Rdomnai is hiding and preparing to attack. 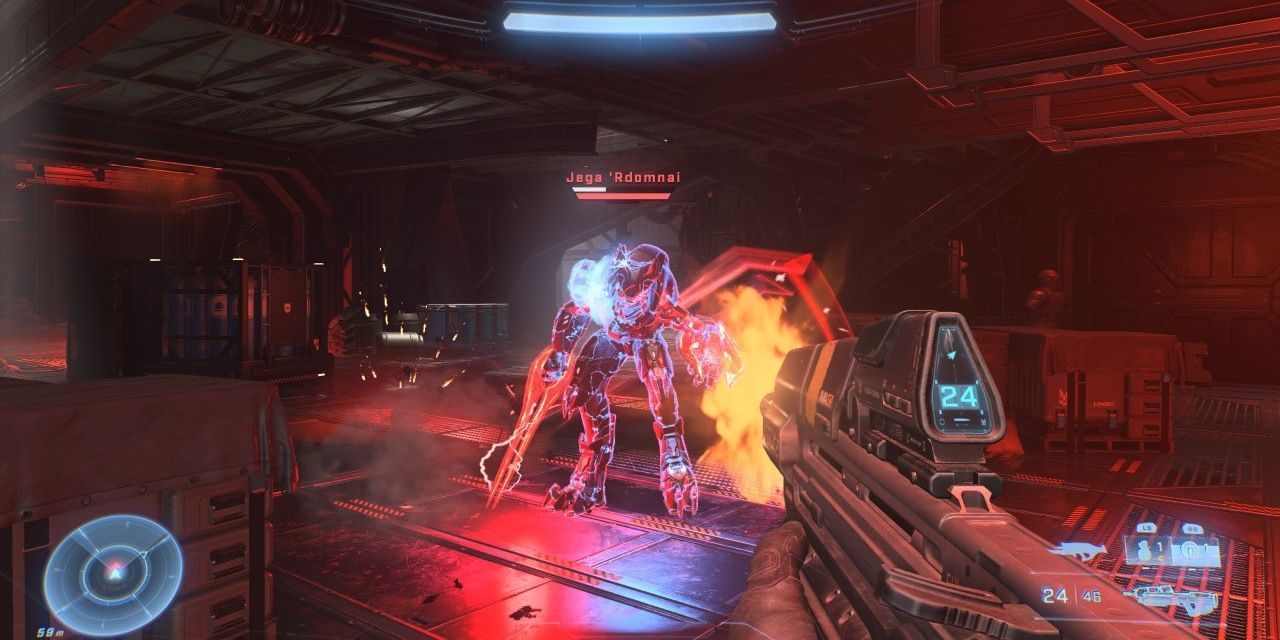 Once you use the Threat Sensors and can see where the Elite is, the next phase of the battle is very simple: fire at will. Just like every boss in Halo Infinite, ‘Rdomnai has a shield bar first that needs to be depleted before his actual health. Odds are whatever weapon combo you have entered the fight won’t last very long, so be sure to constantly move around the area to look for replacement weapons and grenades.

There are two levels in the fight arena, an upper and lower floor. After sustaining a certain amount of damage, ‘Rdomnai might retreat to another level, so be ready to switch to Master Chief’s Grappleshot to quickly ascend if need be. You can also elect to use the Spartan’s Thruster to quickly dodge incoming attacks from the Elite. The most important part of this boss fight is utilizing the Threat Sensors as much as possible and then simply doing what Master Chief does best.