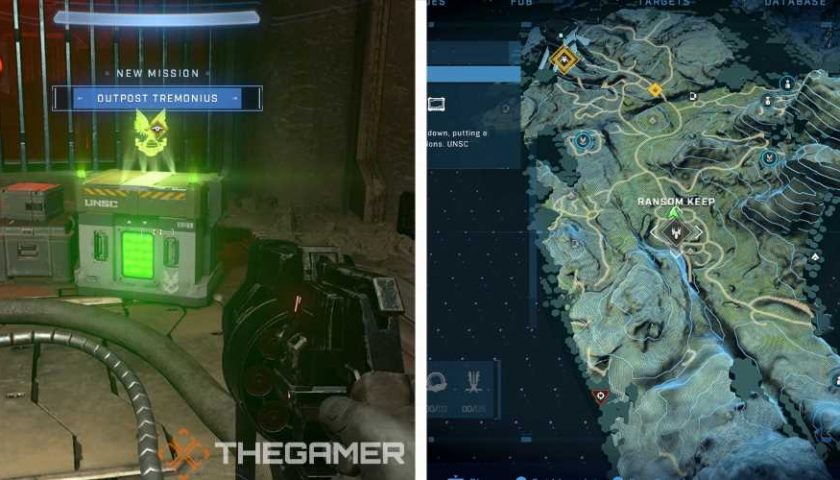 Throughout Halo Infinite, Master Chief will acquire new equipment from the corpses of his fellow Spartans that he stumbles across on Zeta Halo (which is kind of morbid when you think about it.) These gadgets give you abilities such as throwing down a shield called a Drop Wall or shooting a Threat Sensor to find enemies. Although let's face it, you'll probably just end up using the Grappleshot for most of the game because it's awesome.

These abilities can all be leveled up in your menu to become even more powerful. But to do this, you need to find Spartan Cores that are scattered across the landscape of Zeta Halo. After hours upon hours spent searching high and low across this alien land, we've managed to discover every single Spartan Core to help you be the best Master Chief you can possibly be. There are 45 Spartan Cores in total to find, although oddly enough, you only need 35 cores to completely max out your equipment's upgrades. So you don't really need to track down the last 10 of these cores unless you want the bragging rights of having that rare achievement for getting them all.

Since there are many cores to pick up and a lot of ground to cover, we’ve split up their locations into separate guides to make finding them a tad easier. This first guide will cover all the cores found at Outpost Tremonius and in the first region of the open-world map.

Outpost Tremonius is the first area you'll see upon entering the open-world portion of Infinite's campaign after the story mission Foundation. You can find 3 cores in this section. 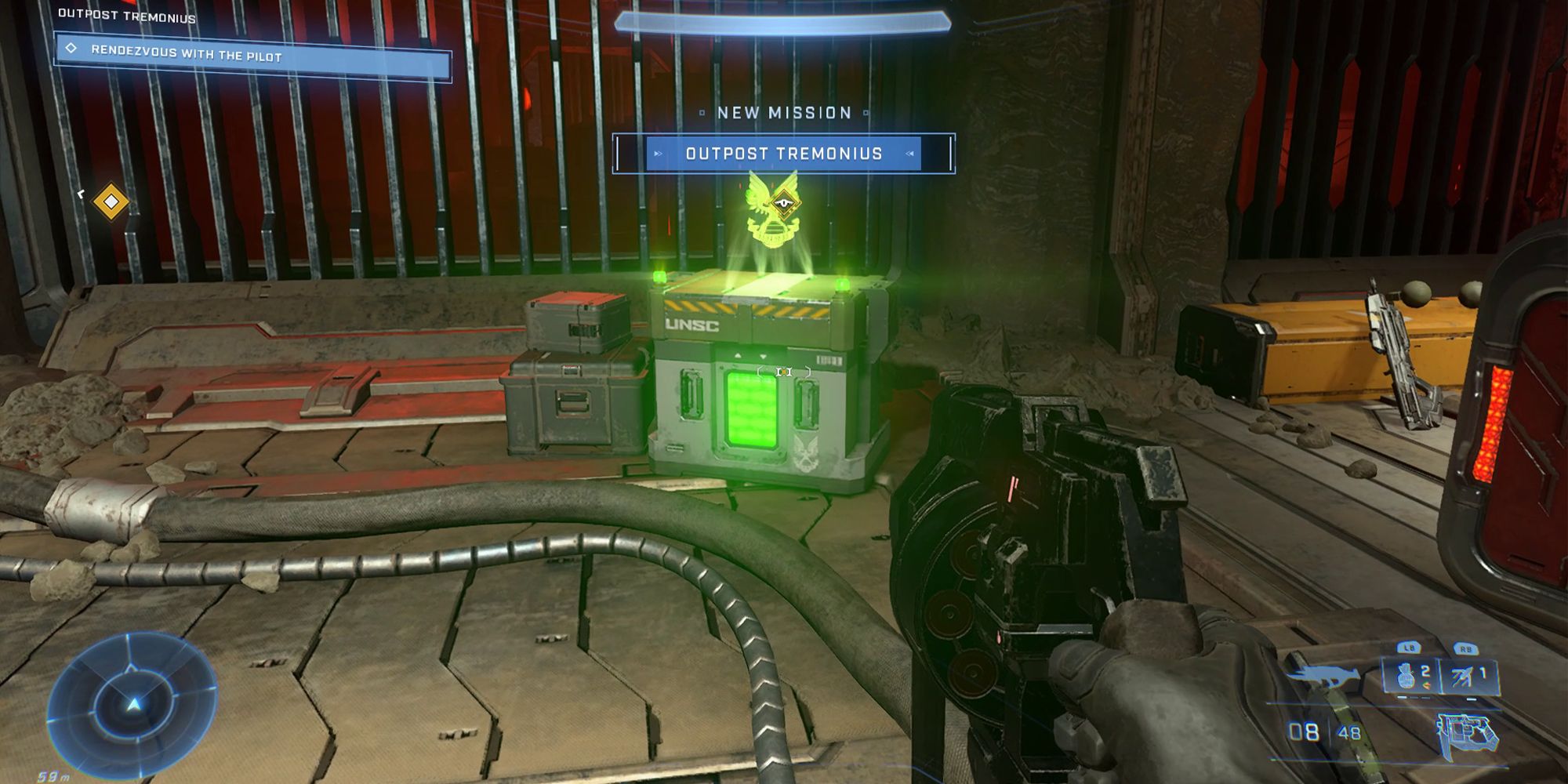 The very first Spartan Core is almost impossible to miss. As the second mission in the story campaign wraps up you'll take an elevator up and hit a loading screen. As you load back in and your elevator ride concludes, a crate with blinking green lights and a USNC logo will be right in front of you. This is what the Spartan Cores look like. They also make a low-pitched beeping sound that should help you locate them. Open up the crate and you got your first core. 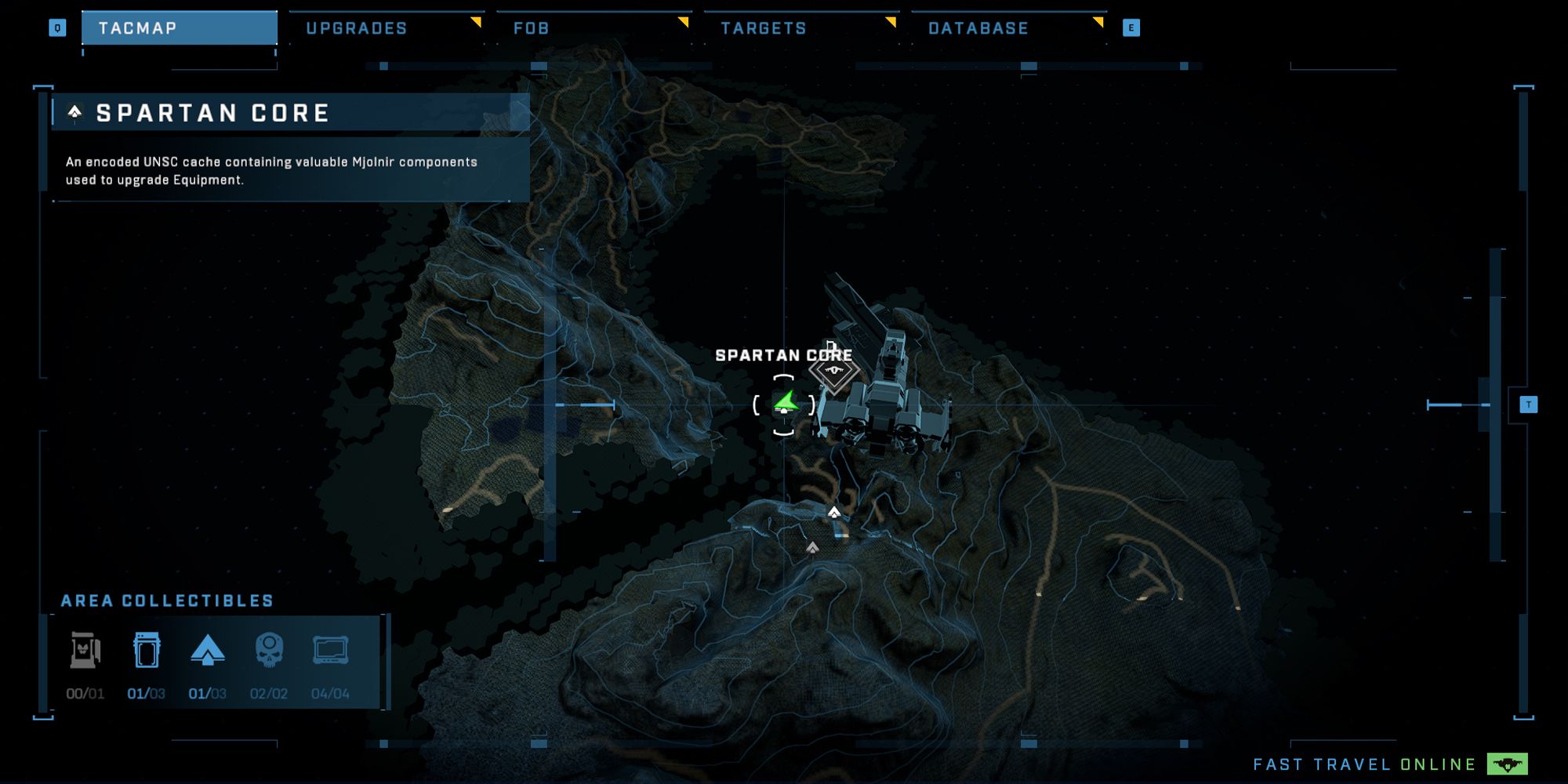 Around this base, there will be a core just a little southwest of the Outpost Tremonius marker on your Tacmap. It'll be on the ground in front of a small building. 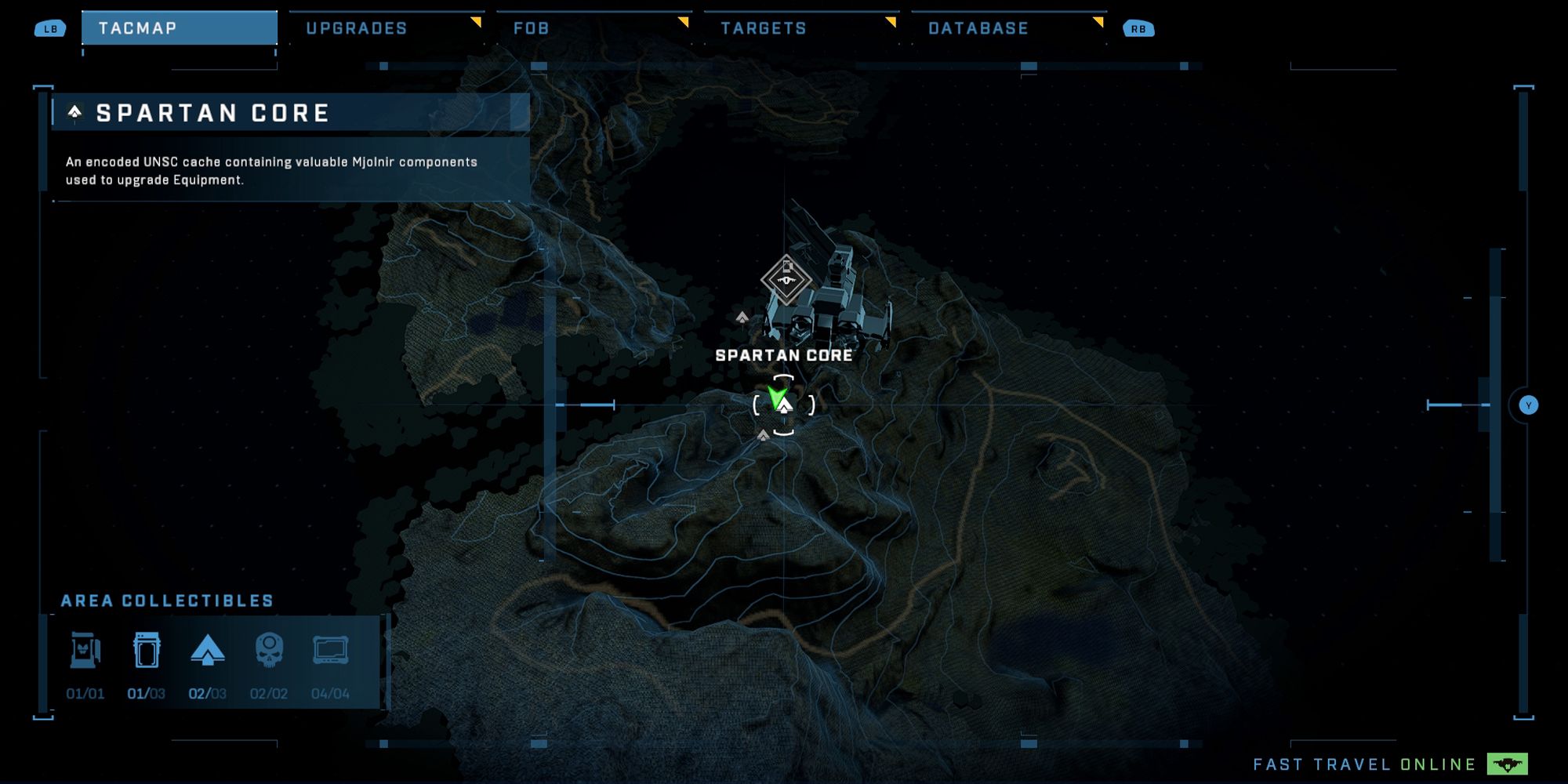 Now head south of the Outpost Tremonius symbol to find this next core. It'll be by a bit of wreckage and a yellow crate. There will also be a blue door to the left of it that will lead to a goofy Easter egg.

After you enter Echo-216's Pelican, you'll fly over to the first real region of Zeta Halo. There are 8 Spartan Cores to find around this island. 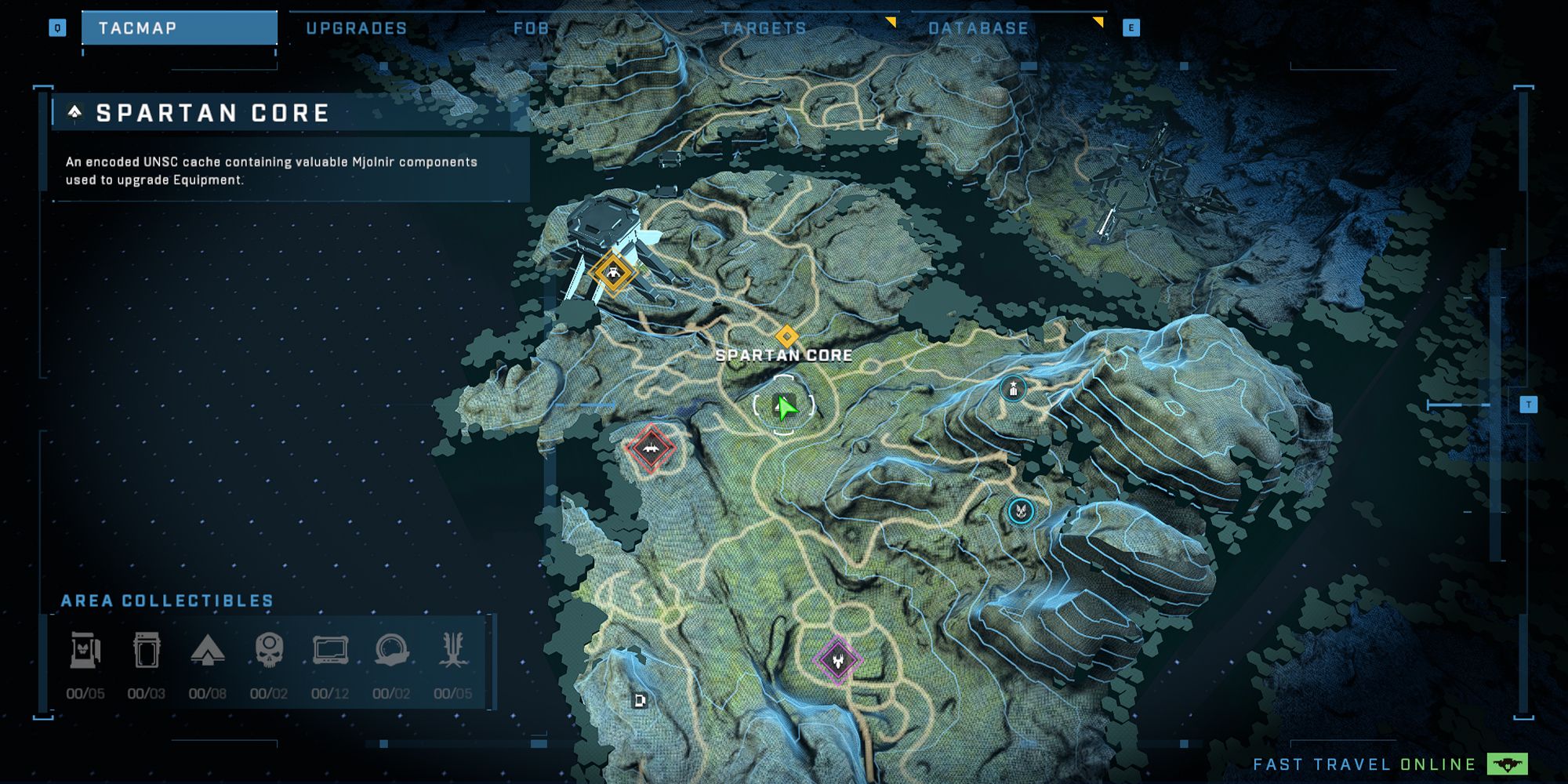 One of the first cores you can get after capturing FOB Golf is located south of the yellow diamond-shaped marker for the Recovery mission on your map. It's on a hill overlooking The Tower surrounded by broken Banished drop pods. 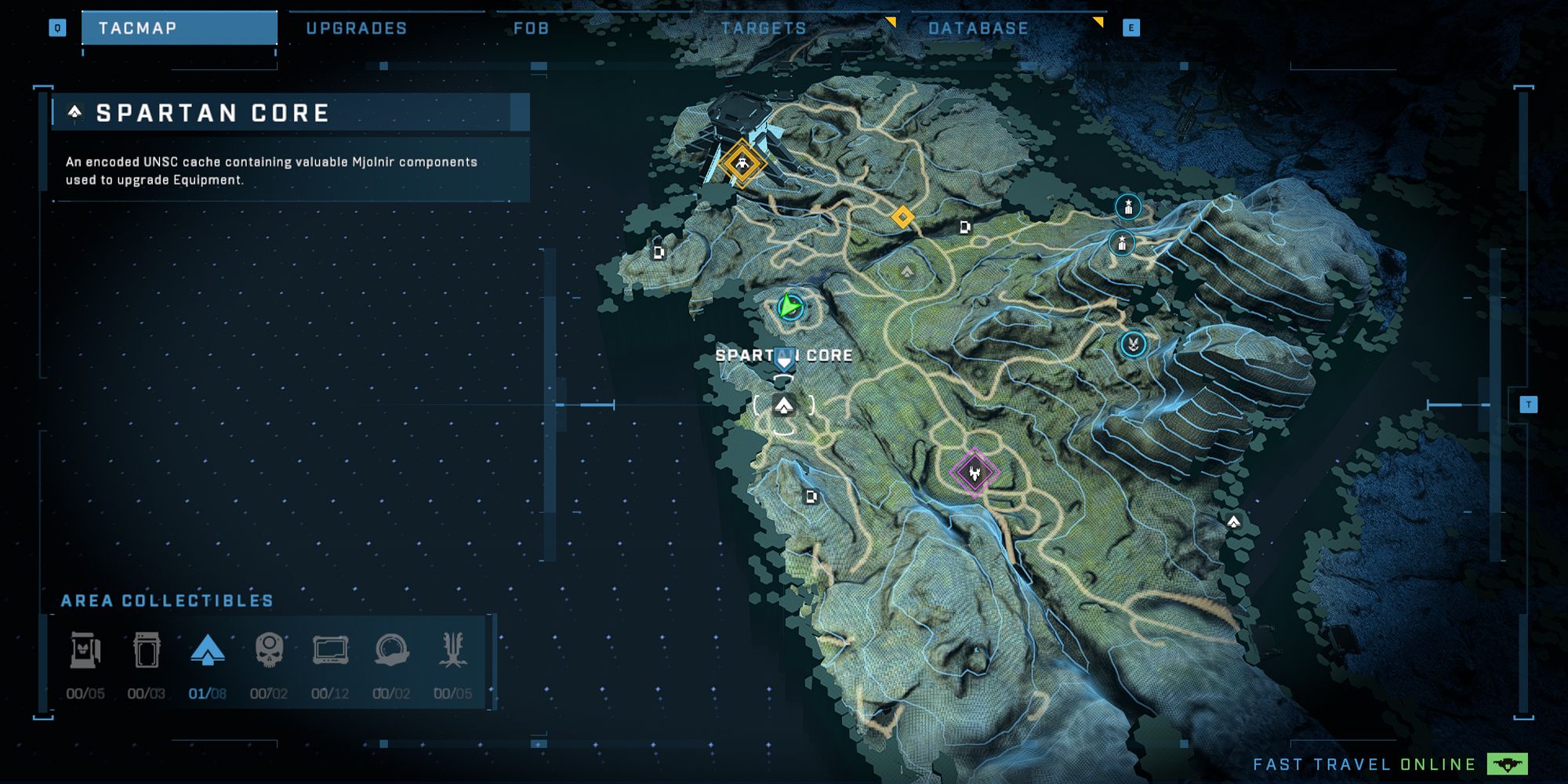 This core is south of FOB Foxtrot. It will be guarded by a small unit of Banished soldiers. After you deal with them, this core will be lying next to the wreckage of a USNC ship. 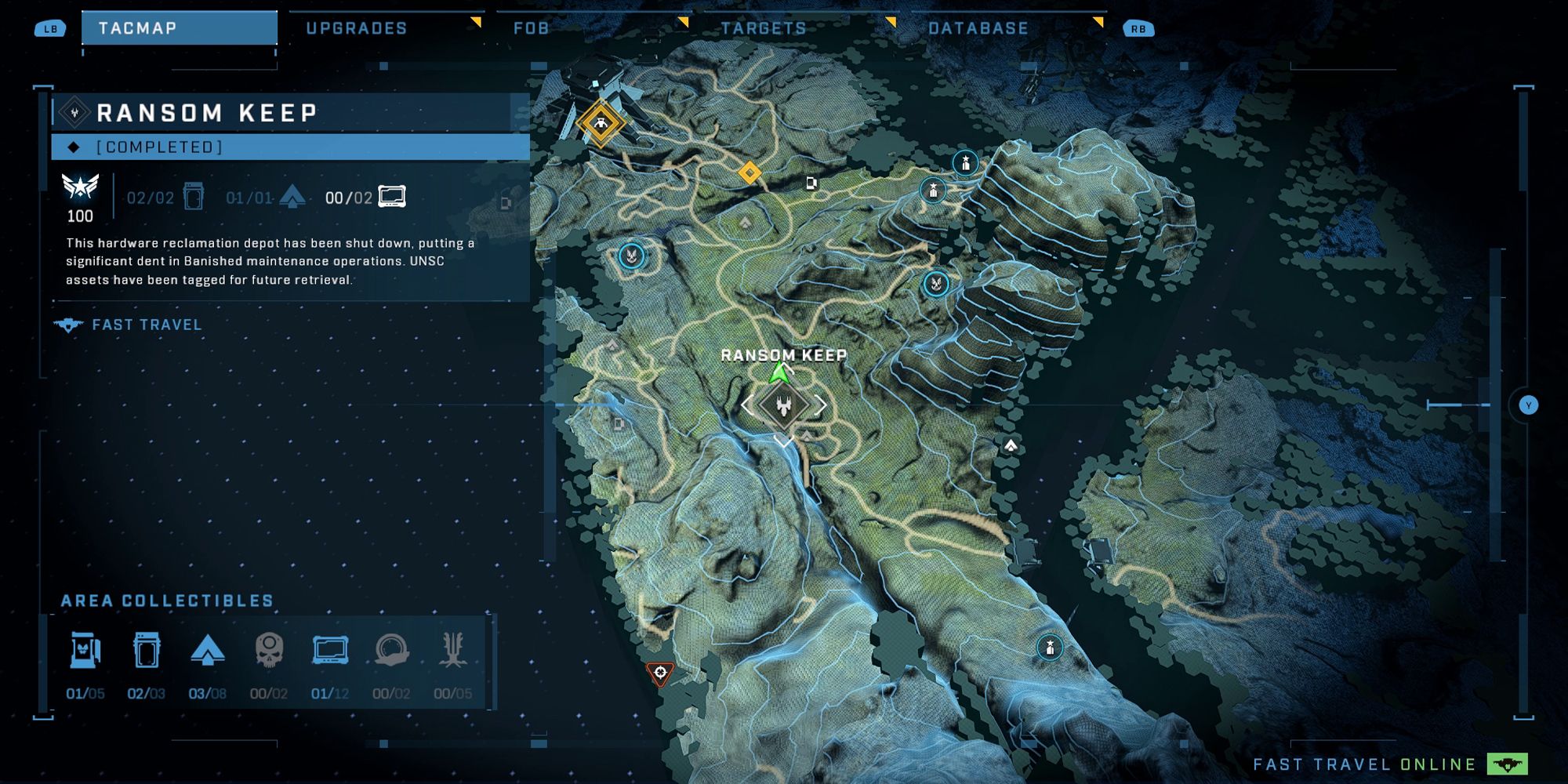 There will be a core located at an enemy outpost called Ransom Keep. It''ll be on the eastern side close to the nearby mountain next to a kinetic ammo station. Scan around the area and you should find it. 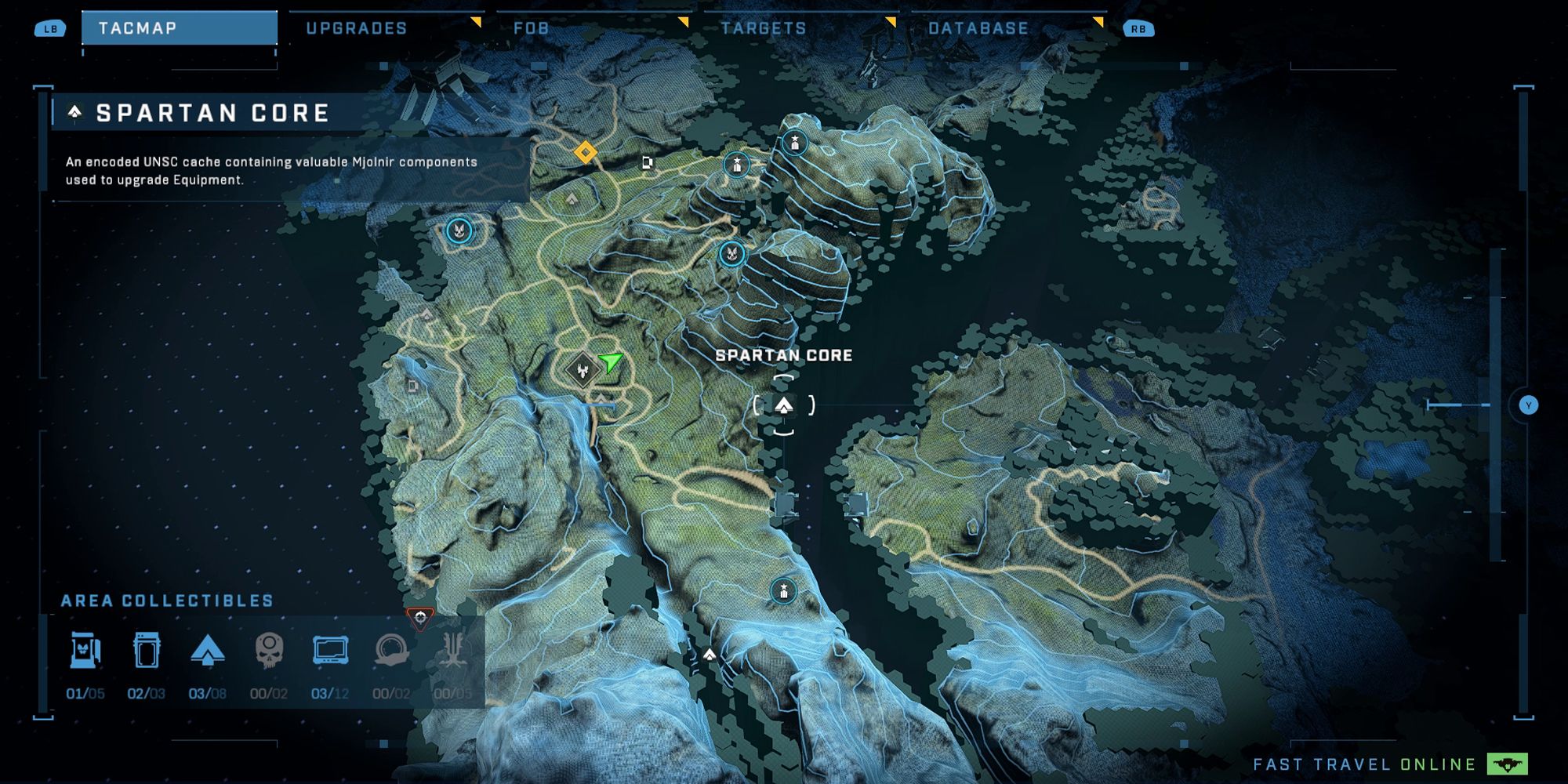 Now head east of Ransom Keep toward the edge of this island. There will be a small camp full of Banished stationed here. Kill the enemies and your core will be resting on the hexagonal cliffs overlooking the wide gap between landmasses. 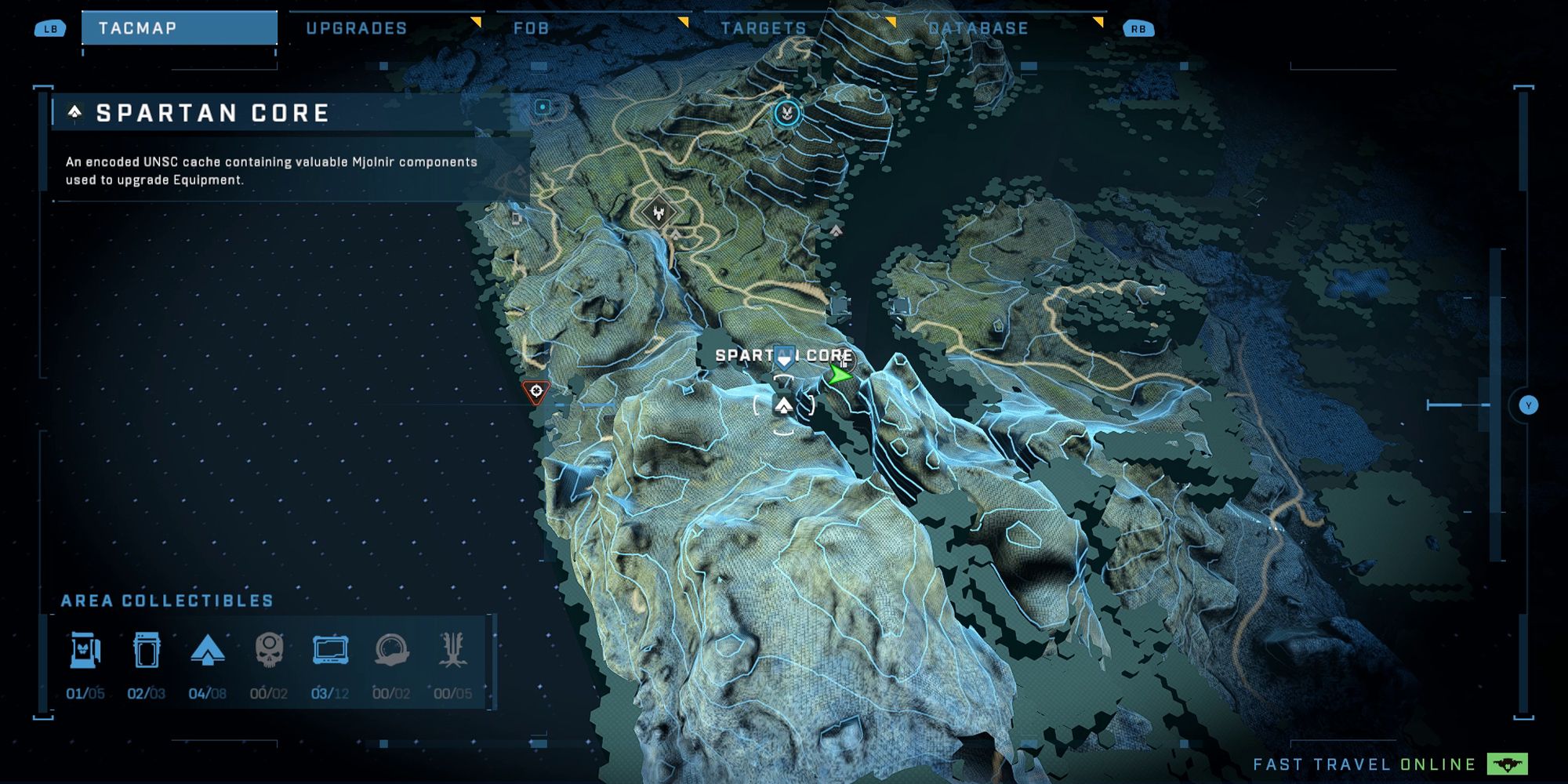 A little bit southwest of the spot where you'll rescue Carrera Squad is the next core. Jump down from a cliff onto the hexagonal ground and you'll find it. You should also find a free S7 Sniper here as an extra bonus. 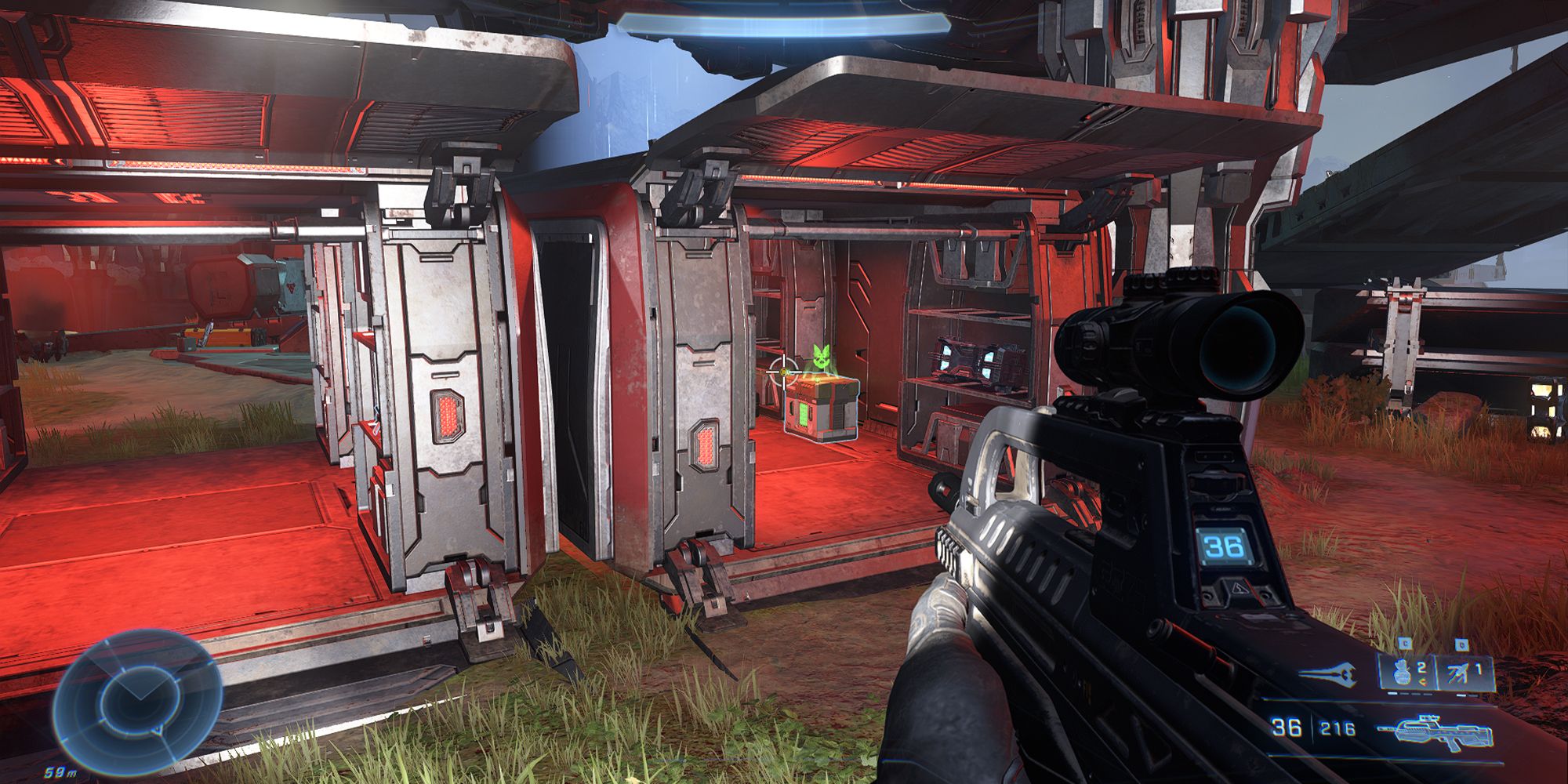 This Spartan Core can be acquired during a story mission called The Tower. Over the course of this mission, you'll activate a grav lift that will bring you inside a tall structure that coincidentally is also called The Tower. To the right of that grav lift inside of a storage unit will be one of two Spartan Cores you can find around this area. 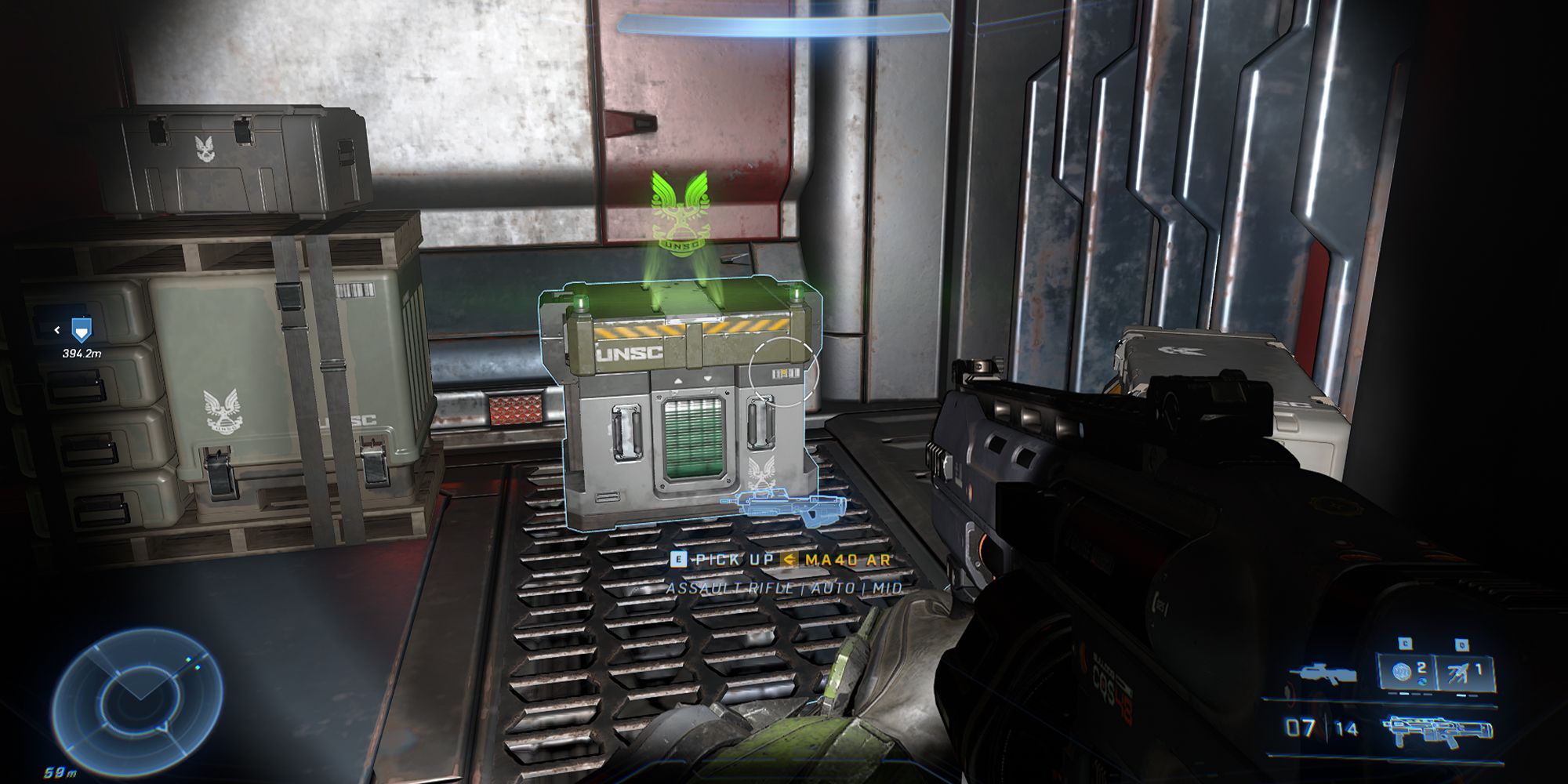 Once you're inside The Tower, make your way up to the third floor just below where you'll have a boss fight with an Elite named Chak' Lok. The core will be stashed in a corner here. Scan around the area if you have trouble locating it. 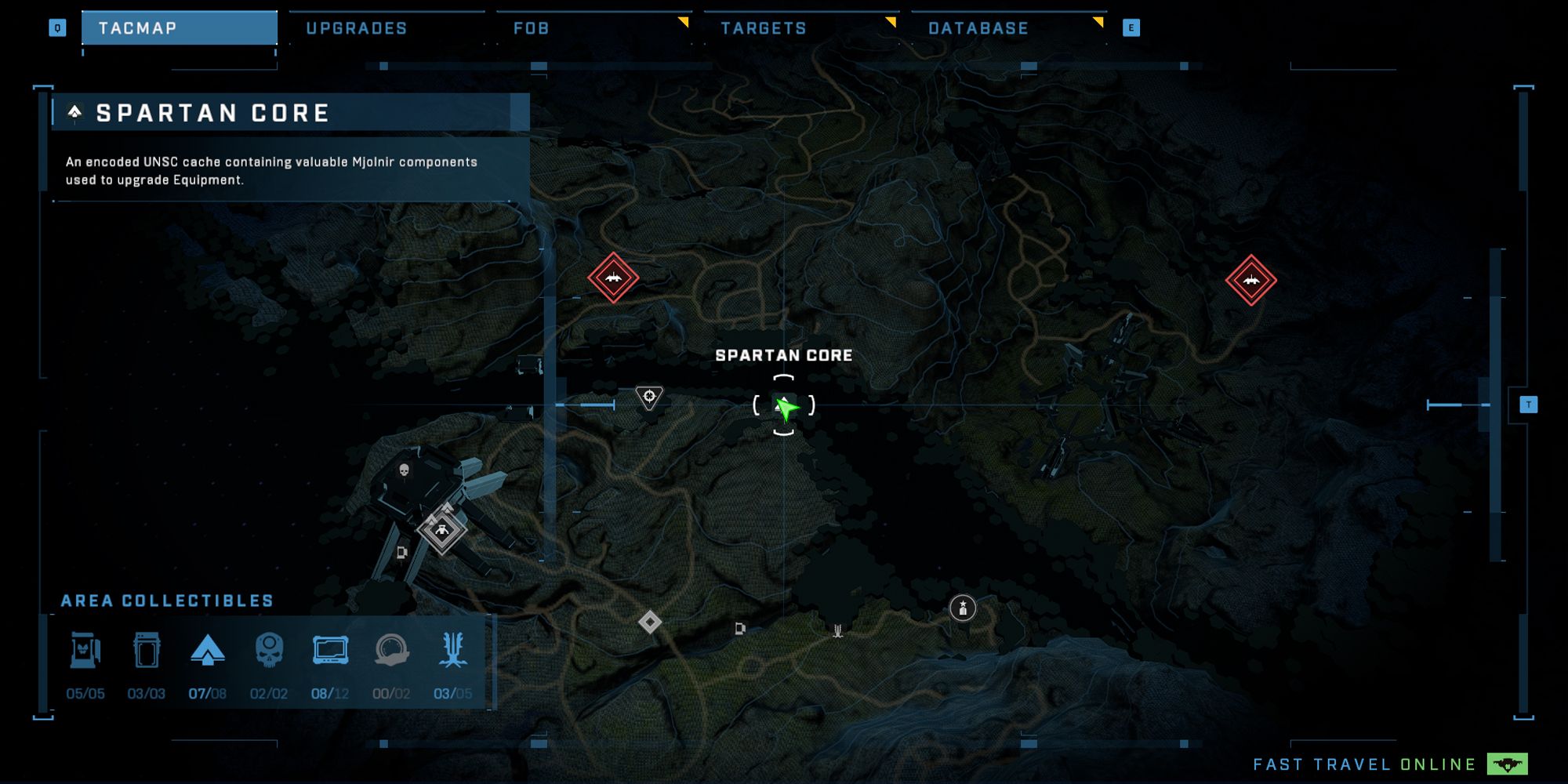 The last core on this island is located east of a High-Value Target named Briglard. It's overlooking a cliff in what looks like a USNC soldier's makeshift camp.