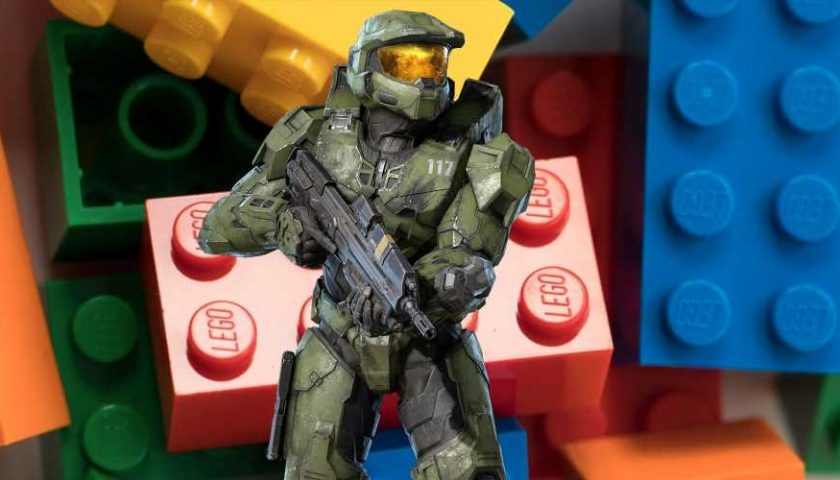 Halo fans have been busy playing Infinite's free multiplayer for the last month, and its campaign for the last 24 hours. The reaction to Infinite's multiplayer and early reactions to the campaign indicate the long-awaited installment in the Halo series is more than worthy of carrying the Xbox flagship's name. Celebrate by playing Infinite, revisiting older games in the series, and by building Master Chief's head out of Lego.

That's what talented artist Lewis Meeny, better known as built_bricks, has done to mark the occasion. The impressive helmet is based on the one Master Chief wears in Halo 3 Legendary Edition, and is only slightly smaller than lifesize. And yes, before you ask, you probably can wear it, but it wouldn't be all that comfortable. It's made up of 2787 pieces and while it isn't an officially licensed Lego set, you can purchase instructions on how to build it through Bricker Builds.

You can even watch Meeny building it himself for Bricker Builds via the Instagram post below. Its Meeny's biggest and most elaborate build to date, so it naturally takes a while. Not only does the finished product look impressive, but the attention to detail is remarkable. A removable chip that slots into the back of the helmet, and an accompanying Cortana to boot.

While it might seem to be on the surface, Meeny admits the helmet isn't quite perfect. While they admit olive green blocks would have made for a more accurate build, they opted for sand green due to the cost and fewer limitations in terms of availability. Meeny does add that they will be working on an olive green variant of the helmet, again with Bricker Builds, at some point in 2022.

Fans of Meeny's work on Reddit asked whether they would be submitting the design to Lego Ideas. Fan-made sets in the past have been turned into officially licensed Lego products via the Ideas submission process in the past. Meeny says that the loss of creative control combined with the ownership of the Halo IP making the helmet's transformation into an official Lego set unlikely makes them reluctant to take that route.