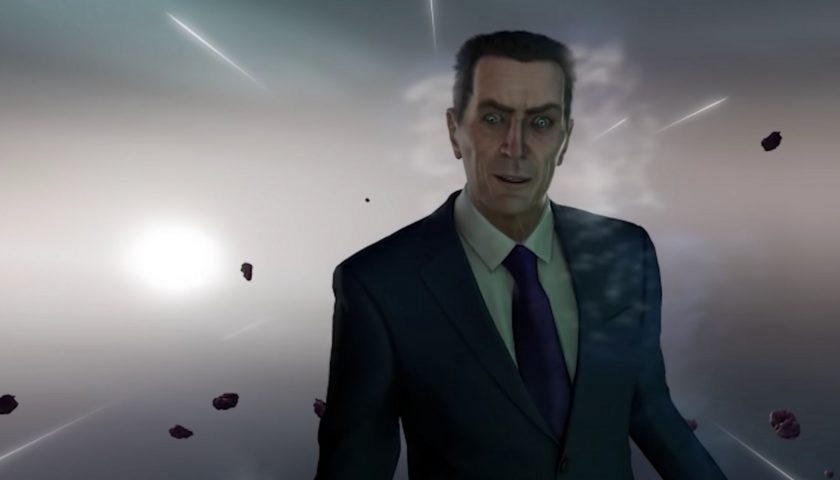 Half-Life left us with many unanswered questions, like who or what was the G-Man? Just how many experiments was Black Mesa running? How did one science nerd defeat a literal army with tanks and helicopters? Are all the security guards clones? Unfortunately, it doesn't look like we'll ever get the answer to any of these questions. While we could extrapolate a bit more about the G-Man from the sequels and Half-Life: Alyx, he is still an enigma. However, we have learnt a few more details about him thanks to a leak of the Half-Life: Source assets.

While no information about the G-Man himself was found, leakers did stumble upon some animations which suggest that, at some point, the devs hadn't made him the unstoppable juggernaut who shakes off bullets. As revealed by a Twitter handle named… Magic Nipples [sigh], dataminers found what appears to be a death animation for the mysterious bureaucrat. Perhaps, at some point during the dev cycle, Valve planned to make him killable. Most probably though, the animation team just made the sequence as a back-up.

However, while we learned nothing new about the G-Man, the leaks have answered a question that many players have wondered about right from the start of the game. Remember that ridiculously long train journey you have to take as part of the intro sequence? At one point, you pass an Apache helicopter which looks like it's just winding up for take-off. However, the train passes by before it takes to the air, leaving you wondering if it did indeed take off after such a long wind-up.

It seems that the dataminers found animations showing the chopper taking off, but we just didn't get to see it. Unfortunately, there's also an animation showing the chopper crashing down later on. It's unclear whether this is the same chopper, or the military one that you can shoot down.

If you're wondering, 'Ivan the Space Biker' was the original character model for Gordon Freeman.