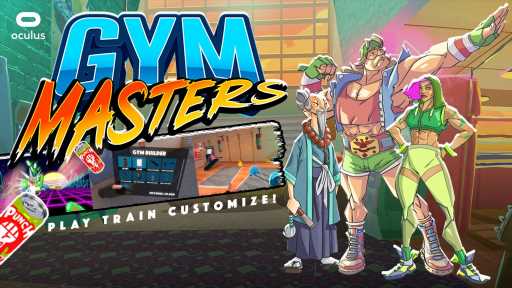 Most VR fitness apps either target a dedicated, professional experience or provide exercise as an incidental side-effect of gameplay mechanics. Gym Masters wants to fuse those ideas.

Gym Masters is now running a Kickstarter campaign, where it’s looking to raise $11,707 by the end of April to release on Oculus Quest. The game brings players to Gym City, where they’ll enrol in gyms with the aim of working out and becoming a champion. Check out the Kickstarter trailer below.

To do that, you’ll take part in a bunch of fitness-focused minigames. In one, you’ll be punching soda cans and dodging pizzas thrown at you from the back of a car, whereas others will have you sprinting on a treadmill using your arms or catching flies with an electric swatter. On top of the fitness-focused gameplay, players will also be able to customize their own gym to build the workout experience they want.

Gym Masters certain has some really interesting ideas on gamifying exercise, though it’s tough to know it will work out without seeing more gameplay. VR fitness has proved to be a big part of the industry over the past year as Oculus Quest has risen in popularity and people have sought new ways to workout indoors. But games like Beat Saber are getting people in shape because they’re addictive, whilst apps like Supernatural work for people that want more routine. Can Gym Masters find a balance between the two?

If you are interested in backing, it’ll cost 10 Euro (about $1.17) to get pre-release access to the game, or 15 euro for the planned Oculus Store release (though that does assume the game’s been approved for sale on the Quest store). If it meets its goals, the studio hopes to release the full title in Q3 2021, though there’s also stretch goals for a PSVR version of the game and hand-tracking support.

Will you be checking out Gym Masters? Let us know in the comments below.