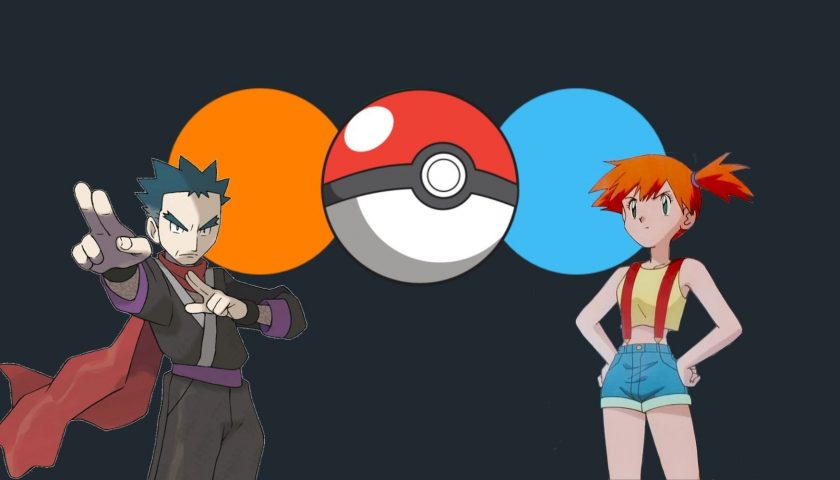 Film lovers everywhere, as well as annoying loners who use absorption of popular culture as a substitute for both human contact and a personality, love Letterboxd. The movie app is fast replacing IMDb as the must have app for cinephiles, and is best known for its profile page, which allows you to select four films through which to define you. We’ve managed to steal the phones of every Kanto gym leader, so let’s see what the Pokemon posse has as their top fours.

Brock is a hopeless romantic at heart, and his Letterboxd picks reflect that. There's the aching tragedy of In The Mood For Love (there's a Pokemon Red joke here that I just can't be bothered to search for), and the melancholy loneliness of Lost in Translation in his list. But he likes a happy ending too, so Crazy Rich Asians makes the cut, and he's a sucker for schmaltz and will not hear a bad word about The Notebook.

Misty's choices all share a pretty obvious theme. The Shape of Water takes her top spot, followed closely by Jaws, in which she routinely roots for the shark. Titanic makes the cut as well (also one of Brock's favourites), as does Aquamarine, because Misty doesn't believe in guilty pleasures. She was thoroughly disappointed and misled by this year's Deep Water.

Lt. Surge doesn't want to watch movies, he just wants to grill, goddamn it! He throws Predator, The Expendables, Die Hard, and one of the Fast & Furious movies (he's forgotten which ones he's seen) in his list and calls it a day.

Erika devotes herself to a life without men, surrounded by rose petals and plants. She is overdramatic and gay in the best way, and her melancholic Letterboxd reflect that. Portrait of a Lady on Fire is eternally her number one choice, closely followed by Carol. She also liked The Handmaiden but decided there were too many men in it to include it in her top four. Ammonite, all about a lesbian who has devoted herself to nature, is a no brainer, even if she wishes there were fewer fossils and more flowers. Also Midsommar, because killing men and wearing flowers is basically her dream.

Koga knows everyone expects him to put classic samurai and kungfu movies in his top four, but he's also too mirthless to usurp their expectations so that's exactly what he does. Seven Samurai, Enter The Dragon, and Harakiri take the top three spots. Then, because he loves his toxic lil bugs, A Bug's Life takes fourth spot. He's a softie at heart.

Sabrina loves movies that are a mindfuck. The only reason Rashomon isn't here is to avoid risking the chance Koga might invite her to a movie night. Split and Perfect Blue take her top two spots, which would seem to imply a hatred of mirrors, although it appears no mirrors were broken during the making of her third choice, The Game. Blue Velvet takes fourth, mostly because she doesn't want to be one of 'those' people with Fight Club in their Letterboxd top four. She was also disappointed by Deep Water, but for entirely different reasons to Misty.

Blaine is basically hot sauce made person. No off switch, highly explosive and excitable in equal doses, Blaine likes big screens, bigger cars, and even bigger explosions. If he could have Mad Max: Fury Road playing constantly playing on the inside of his sunglasses, he would. Backdraft is second, because he loves Kurt Russell and flaming explosions in equal measure, while third is Mission: Impossible – Dead Reckoning. It isn't even out yet but he just knows he's going to love it. Also Joe Versus the Volcano, entirely because it has a volcano. He thought The Hunger Games: Catching Fire would have involved more people catching fire.

Giovanni is deep, brooding, mysterious, and evil… but he's also secure enough in his masculinity to carry his itty bitty pretty pussycat around with him everywhere, and he's far too powerful to care what you think about his Letterboxd picks. Lady Bird, Juno, The Edge of Seventeen, and Mean Girls are his picks, and he knows you aren't going to say shit about it.