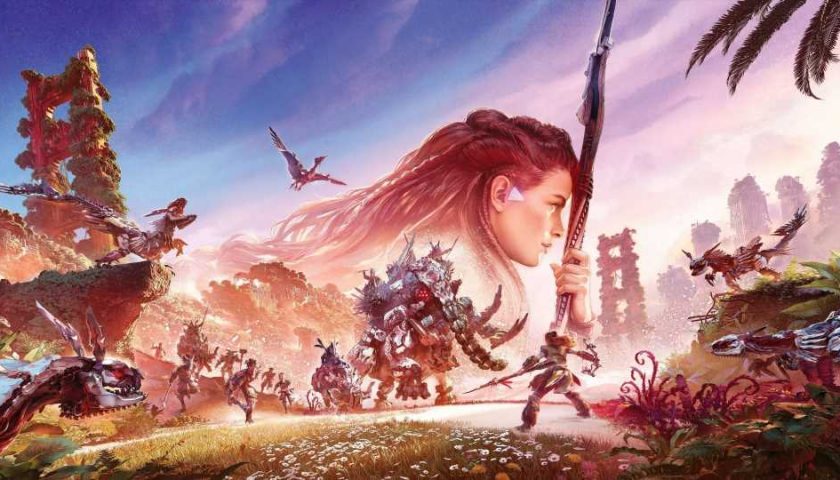 Guerrilla Games is hiring. That's good news if you're a game developer in Amsterdam looking for a job, but it's also good news if you're a Horizon fan hoping that Guerrilla is going to give us more after Forbidden West and the upcoming expansion, Burning Shores. And it's even better if you were hoping to play Horizon with your friends.

Dozens of new job ads were first spotted by Twitter user JorRaptor (with thanks to VGC) for many positions both senior and not and offering great pay and benefits. For us non-game devs, the listings offer tantalizing details for what Guerrilla Games is up to. As an example, the senior character combat designer is being asked to "design unique abilities that are exciting to execute, offer tactical choices, and create cooperative opportunities for multiple player characters." Meanwhile, the senior machine combat designer is being tasked with designing "multiple machine enemies that provide a variety of challenges against multiple players."

Guerrilla Games itself then released its own tweet advertising for all those open positions and offered up even more details on what it's working on. "Join Guerrilla in Amsterdam as we work to expand the world of Horizon," reads the tweet. "A new internal team is developing a separate online project in Horizon's universe. Featuring a new cast of characters and a unique stylized look, friends will be able to explore the majestic wilds of Horizon together."

We know that Sony has partnered up with Guild Wars publisher NCsoft to create what's being described as a Horizon MMO, but there are loads of games that are being described as MMOs even though they're really cooperative online shooters. There were also rumors that Guerrilla was working on a co-op mode for Horizon Zero Dawn but was eventually cut. Perhaps that co-op mode is being reborn into its own game.

We got more than just an online Horizon game on the way. The Burning Shores DLC was announced at The Game Awards, and Horizon: Call of the Mountain is coming to the PS VR2 on launch day.