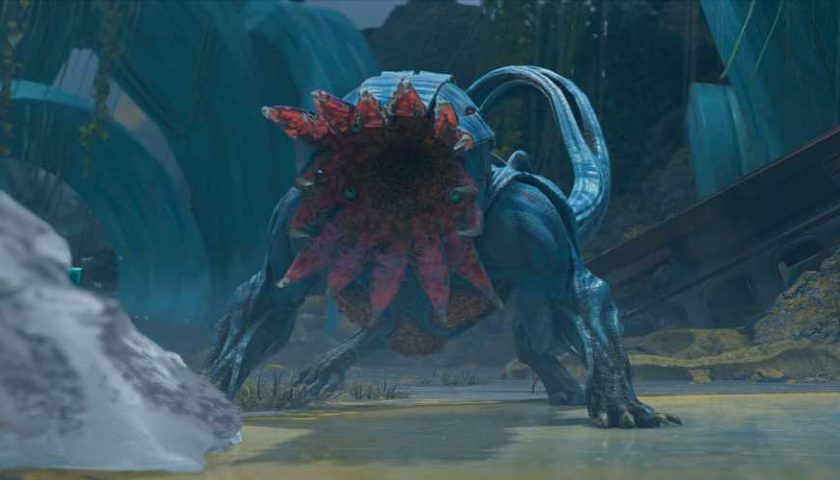 Guardians of the Galaxy Chapter Three finds the gang heading out onto the strange, alien world of Seknarf Nine. The planet, which looks like it's made from an unholy mixture of hard candy and swamp flora, is the home of Lady Hellbender, a fearsome and powerful warrior (as Drax will remind you many, many times while you're en route to her fortress).

It's also the home of a few hard-to-spot collectibles. If you don't want to have to replay the level multiple times to find a few blink-and-you'll-miss-it bits, read on. Chapter 3 also presents the opportunity to add entries for three items to your Galactic Compendium, provided you tracked them down in earlier levels. So, look out for that before you leave disembark for the bulk of the mission. 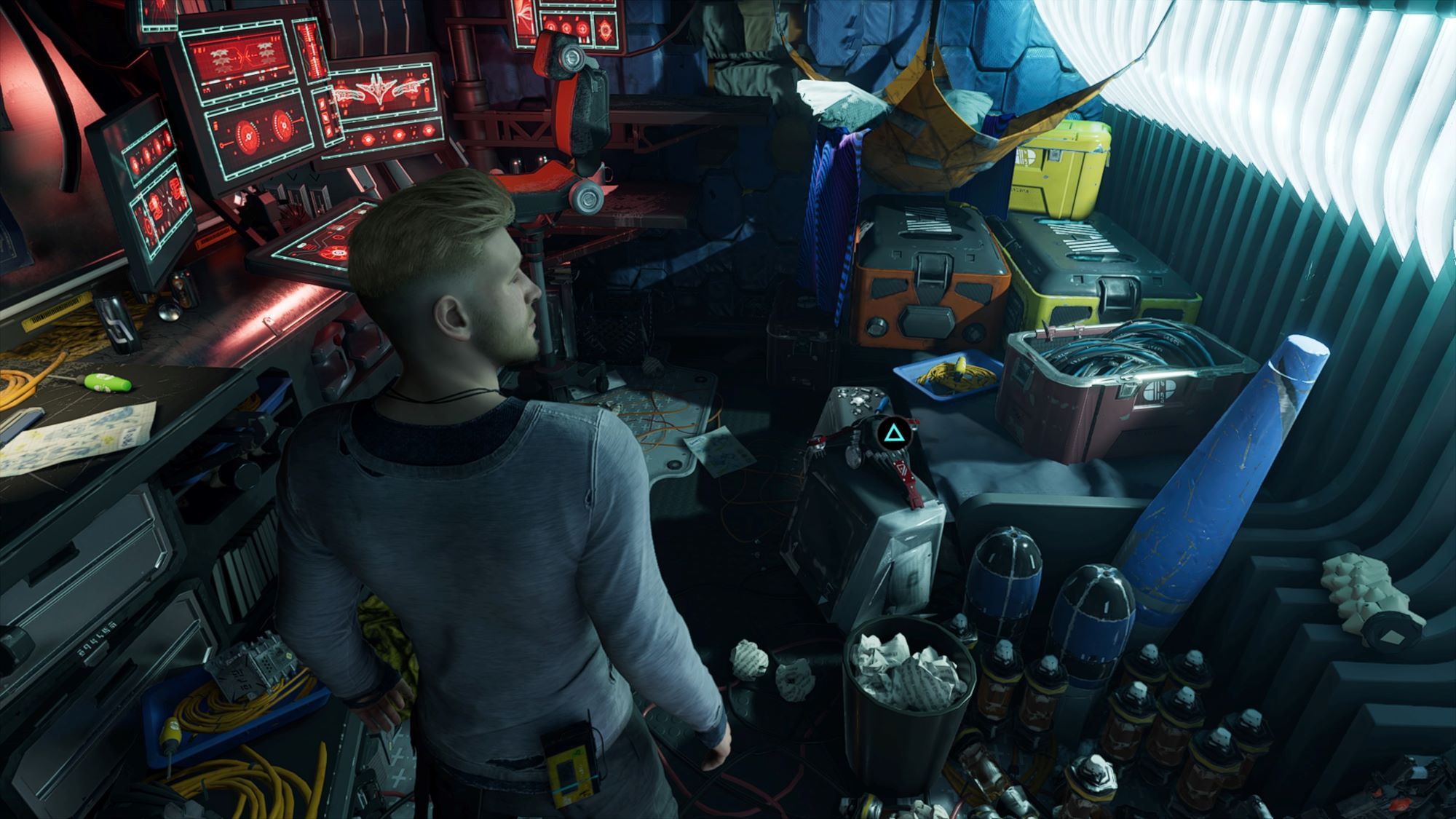 When you get back to the Milano after your Nova Corps adventures, head to Rocket’s quarters. On what looks like a suitcase in the middle of the room, you’ll find a Spinal Control Unit. Rocket will enter behind you and explain what the Spinal Control Unit meant to him as a test subject in his life before the Guardians. This interaction is only available if you found this item in the Quarantine Zone during Chapter 1. 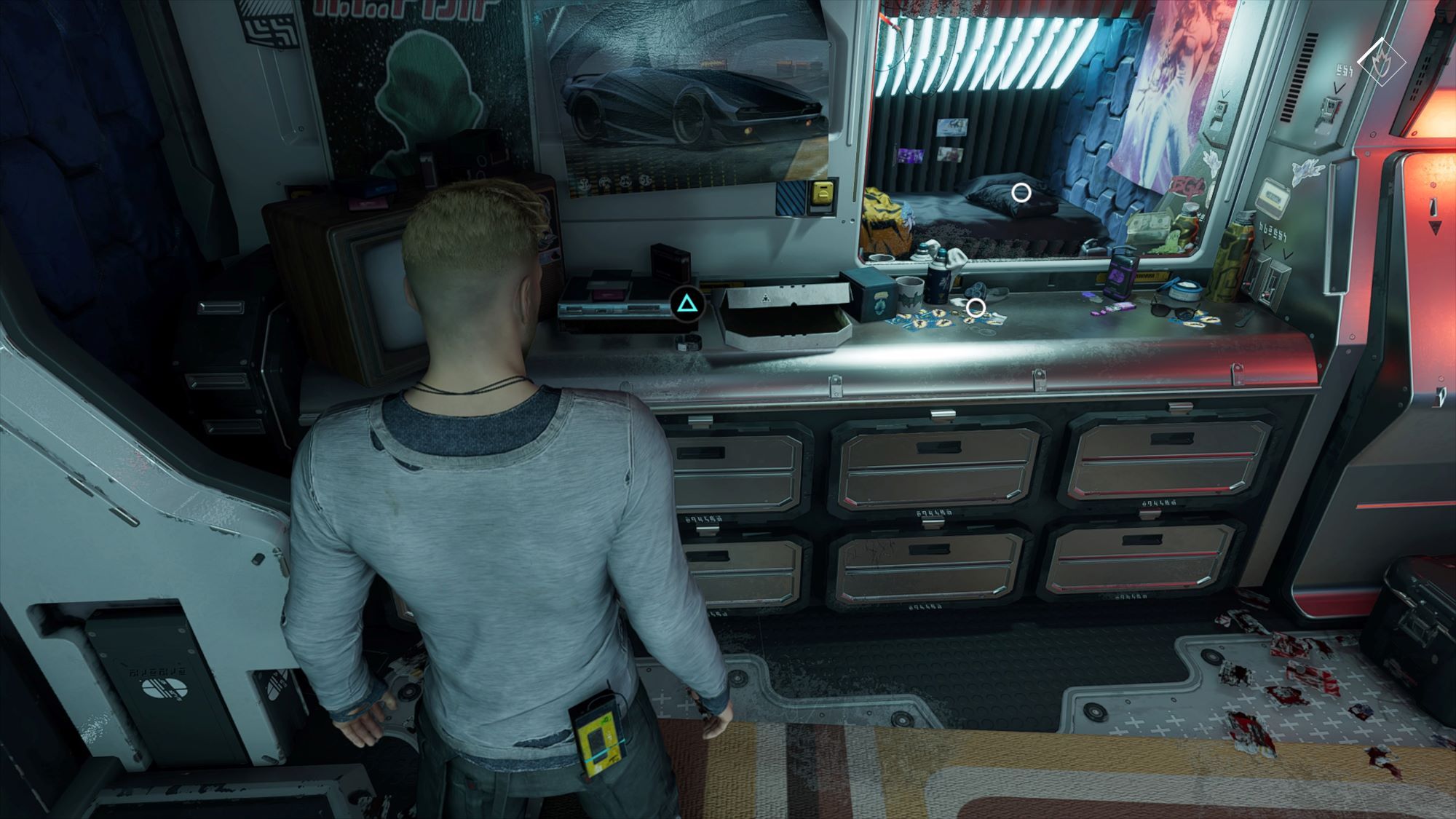 Like the Spinal Control Unit, the Ravager Comm Bracelet will only show up on the Milano if you found it in chapter 1. If you obtained it then, you can find it on the counter to the left of the mirror in Star-Lord’s room. Interact with it to add the entry to your Galactic Compendium, and to trigger a conversation with Gamora about Quill’s past. 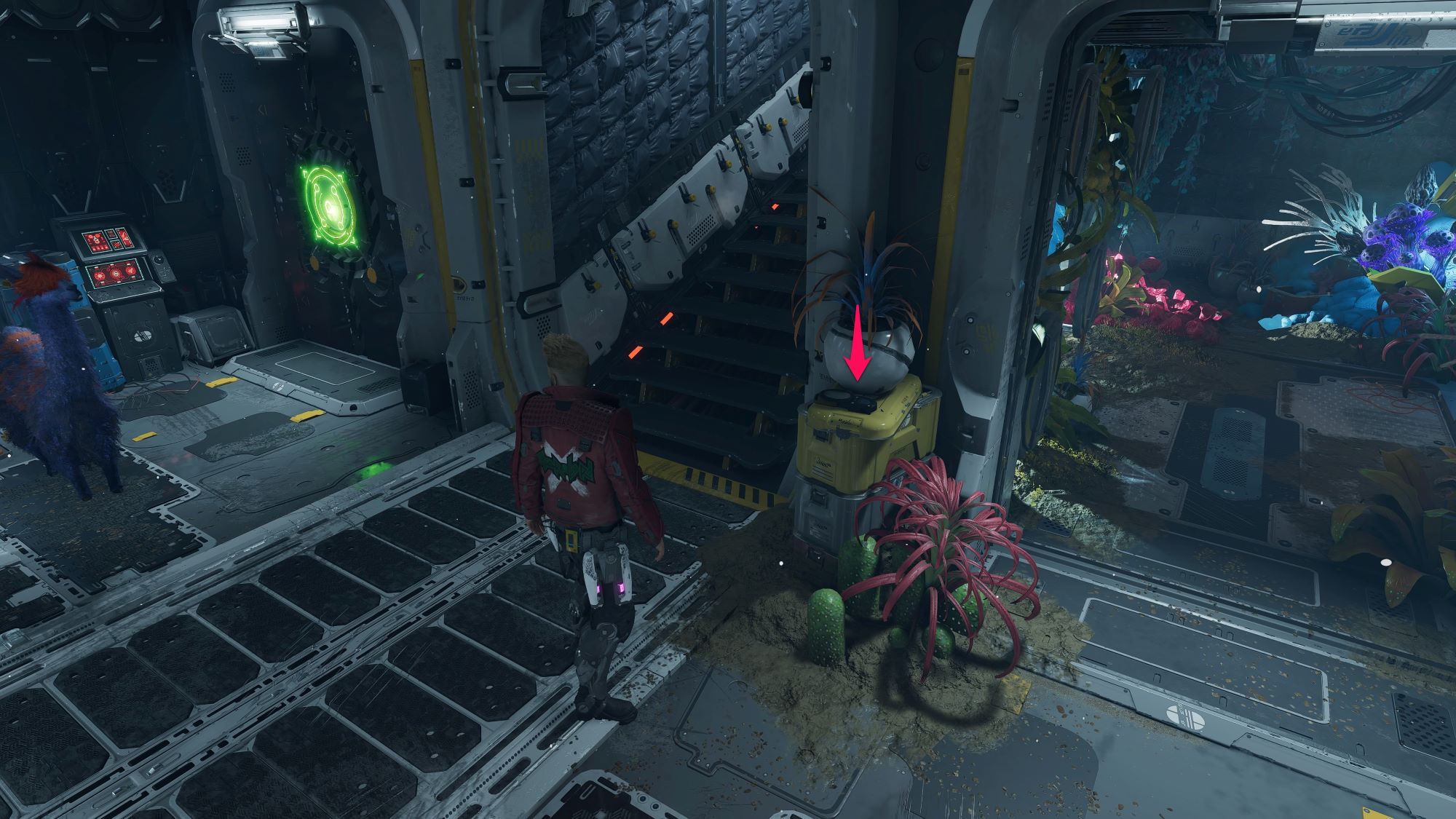 If you found the Broken Translation Device in Nikki’s hideout on the Nova Corps Ship, it will now be available in the landing area near the exit of the ship. Interact with it to initiate a conversation with Groot about the communication challenges the team faces. 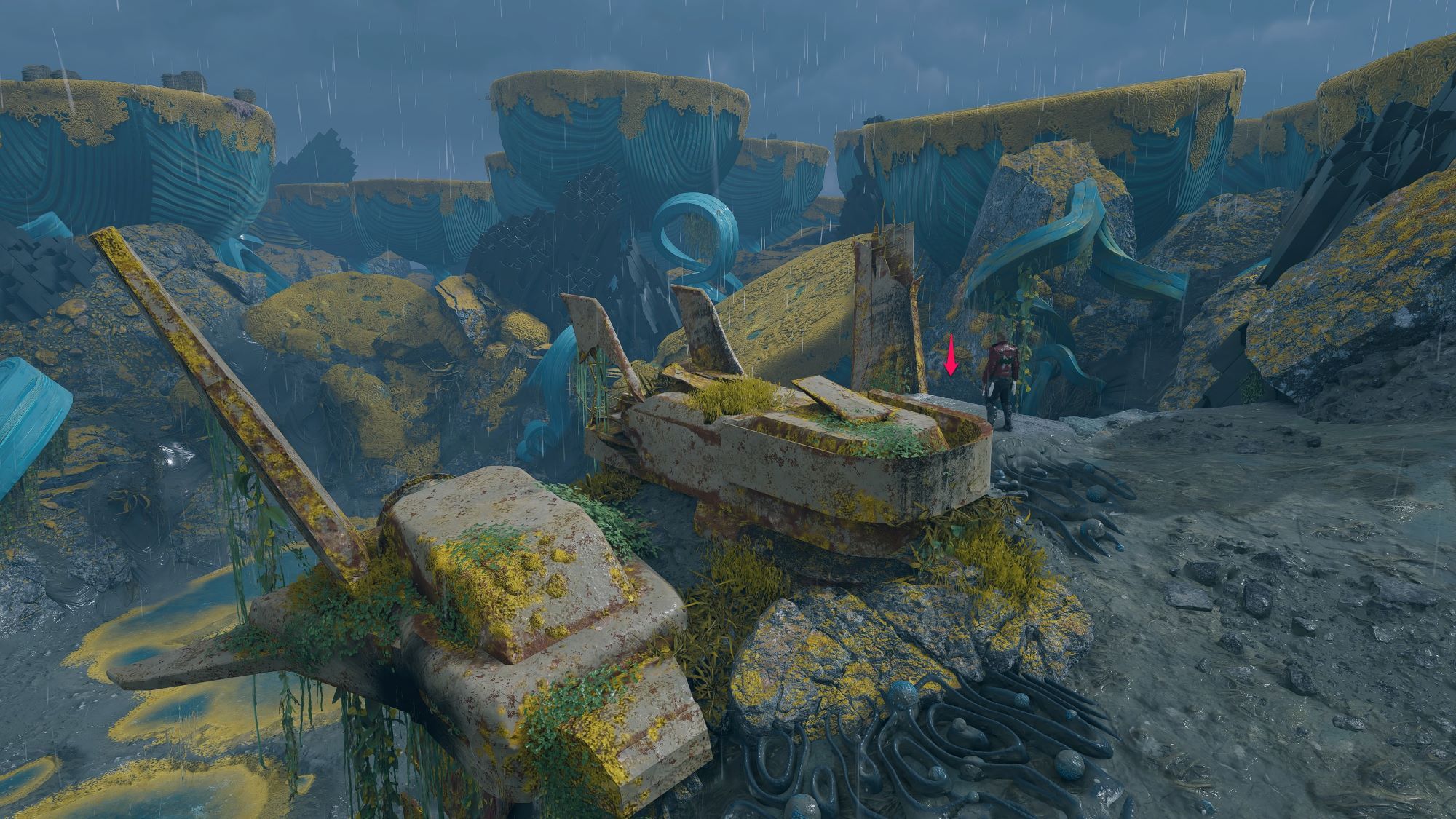 Following the first enemy encounter, tell Drax to move a platform, climb up, then tell Rocket to interact with a control board to open access to the top of the cliff. Once at the top, head to the precipice to find an archive. 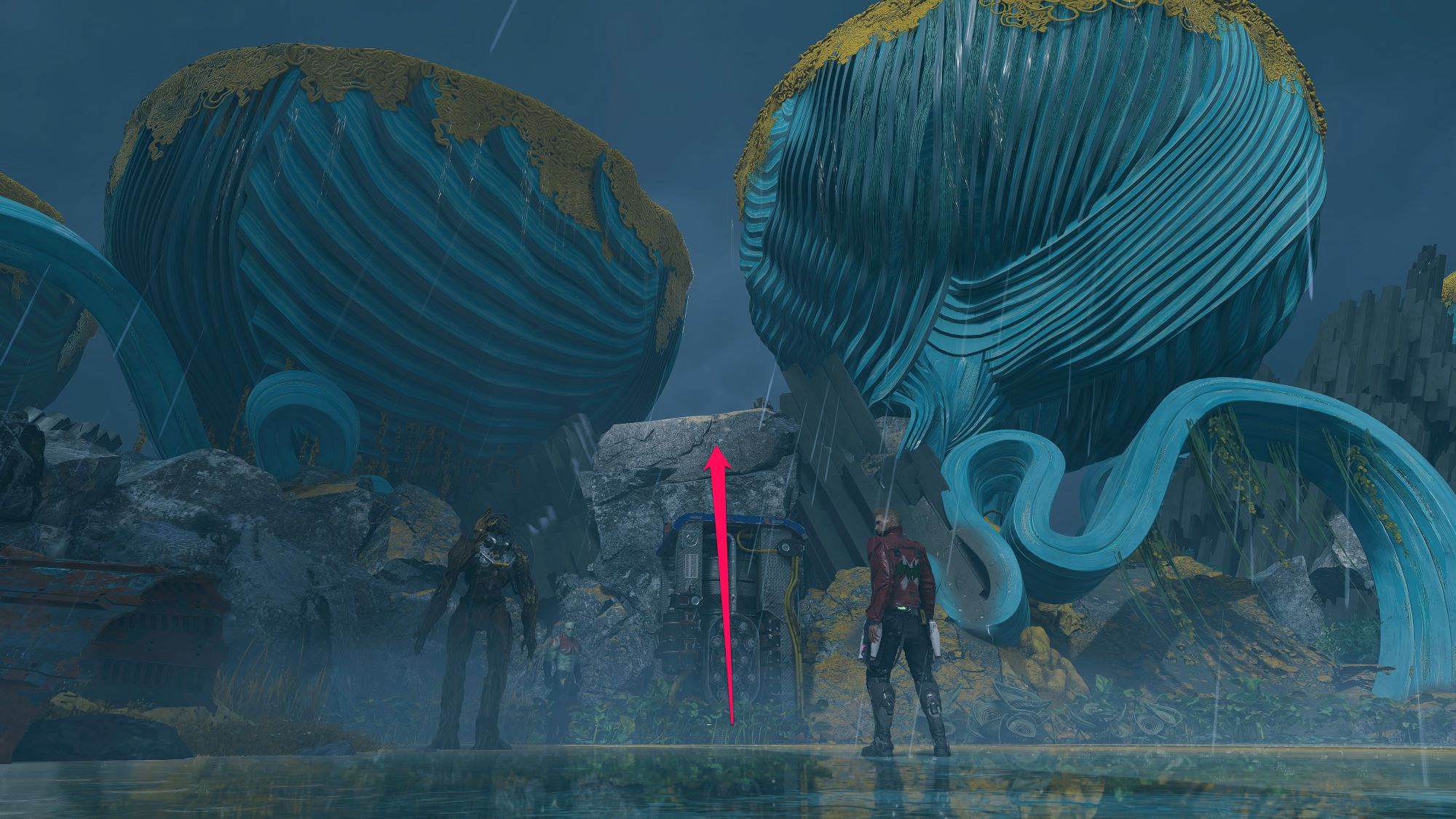 Tell Drax to put the pillar at the ledge across the arena from where it fell. Climb up, and you’ll find some components, which will initially seem like all there is. But, if you go to the edge and look down and to the right you’ll see a platform below. Jump down to find a Guardian Collectible. 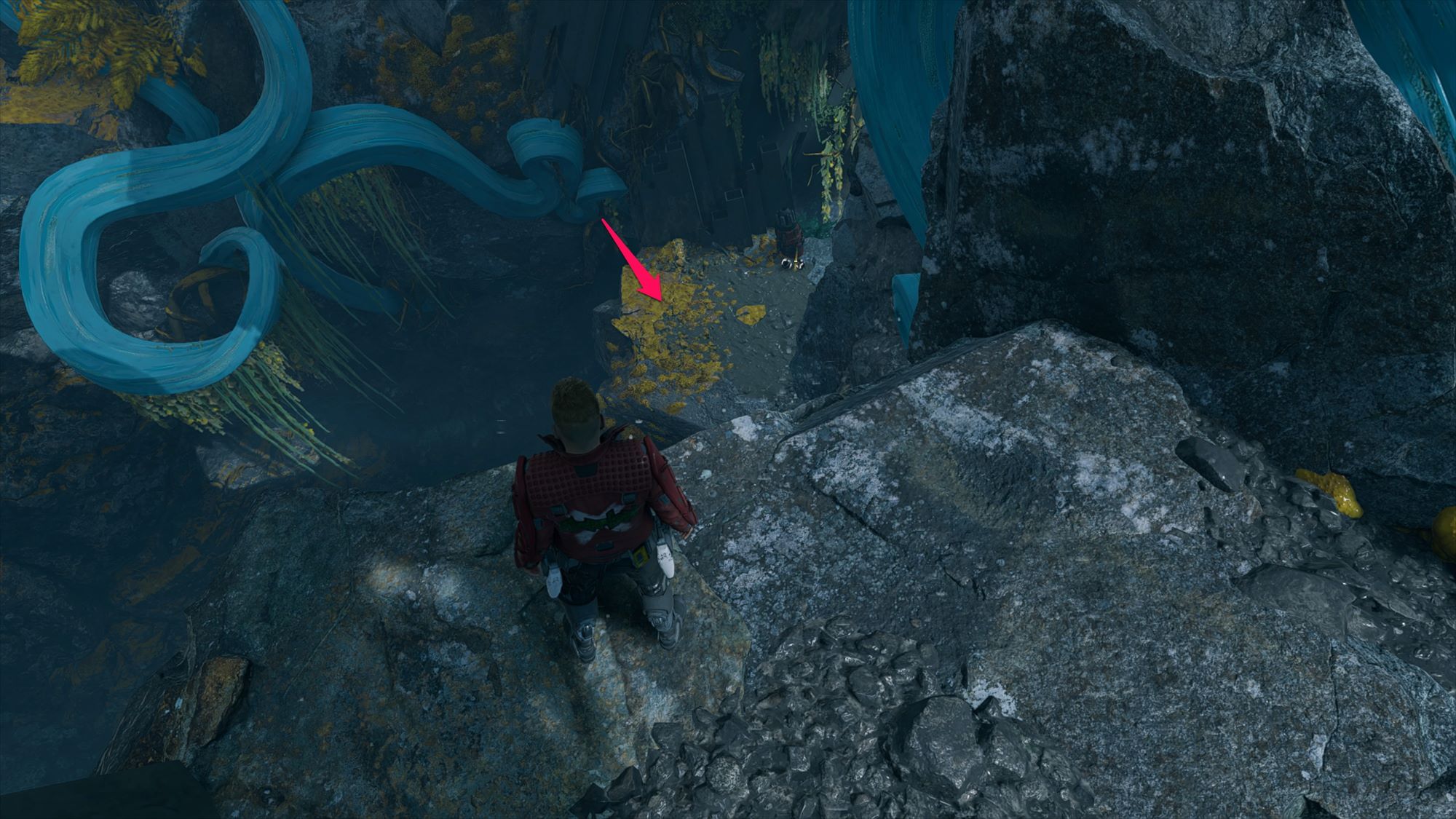 Once you’ve got it, command Gamora to use her sword hanging ability to help you back up.

Archive: Off the Grid 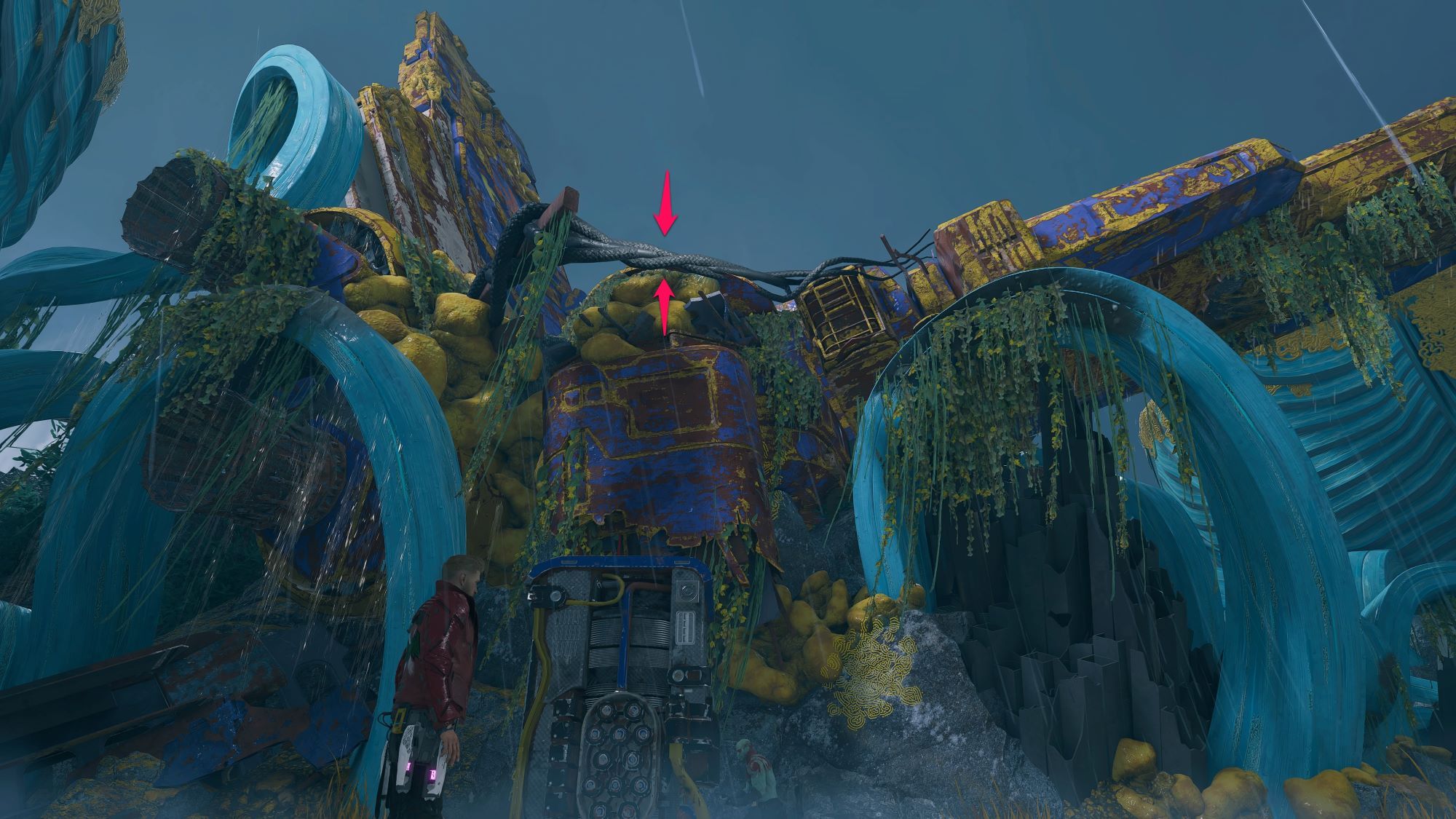 Command Drax to place the pillar beneath the tangle of wires emerging from the ship. 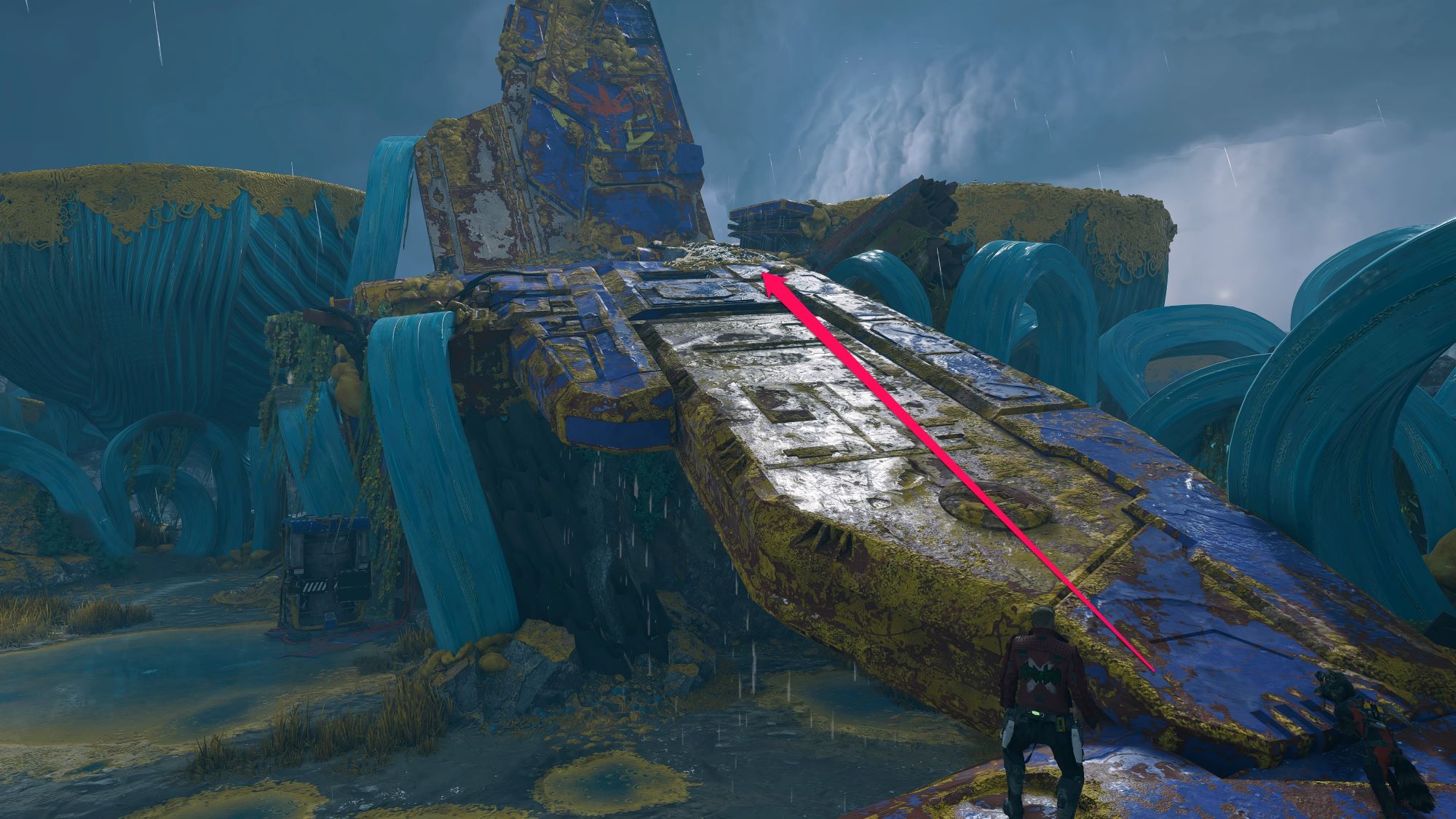 Then tell Gamora to climb up and slice them. This will knock down the wing, creating a path up to a cliff overlooking the area where you just were. On a rust-colored platform, find the archive. 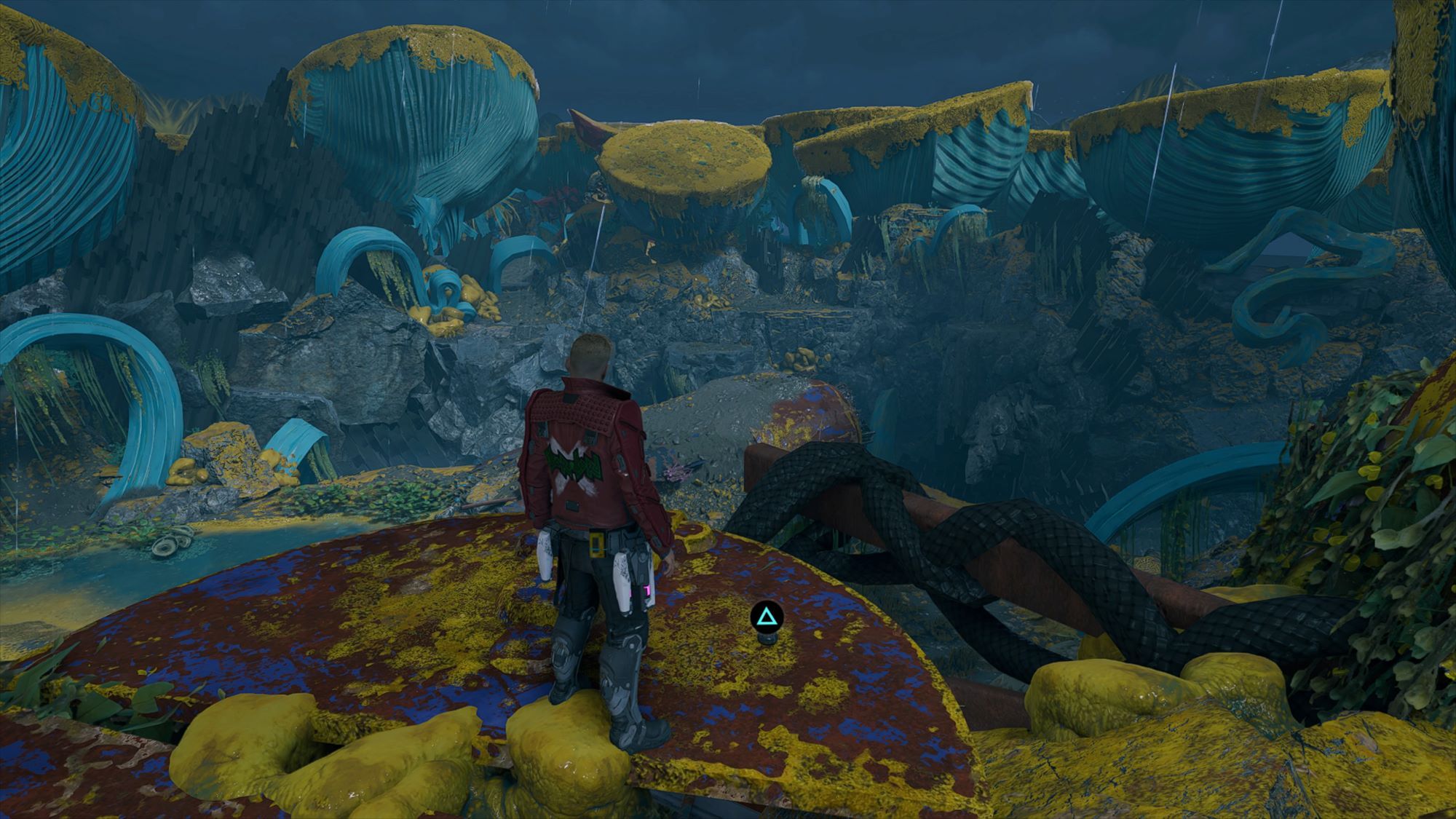 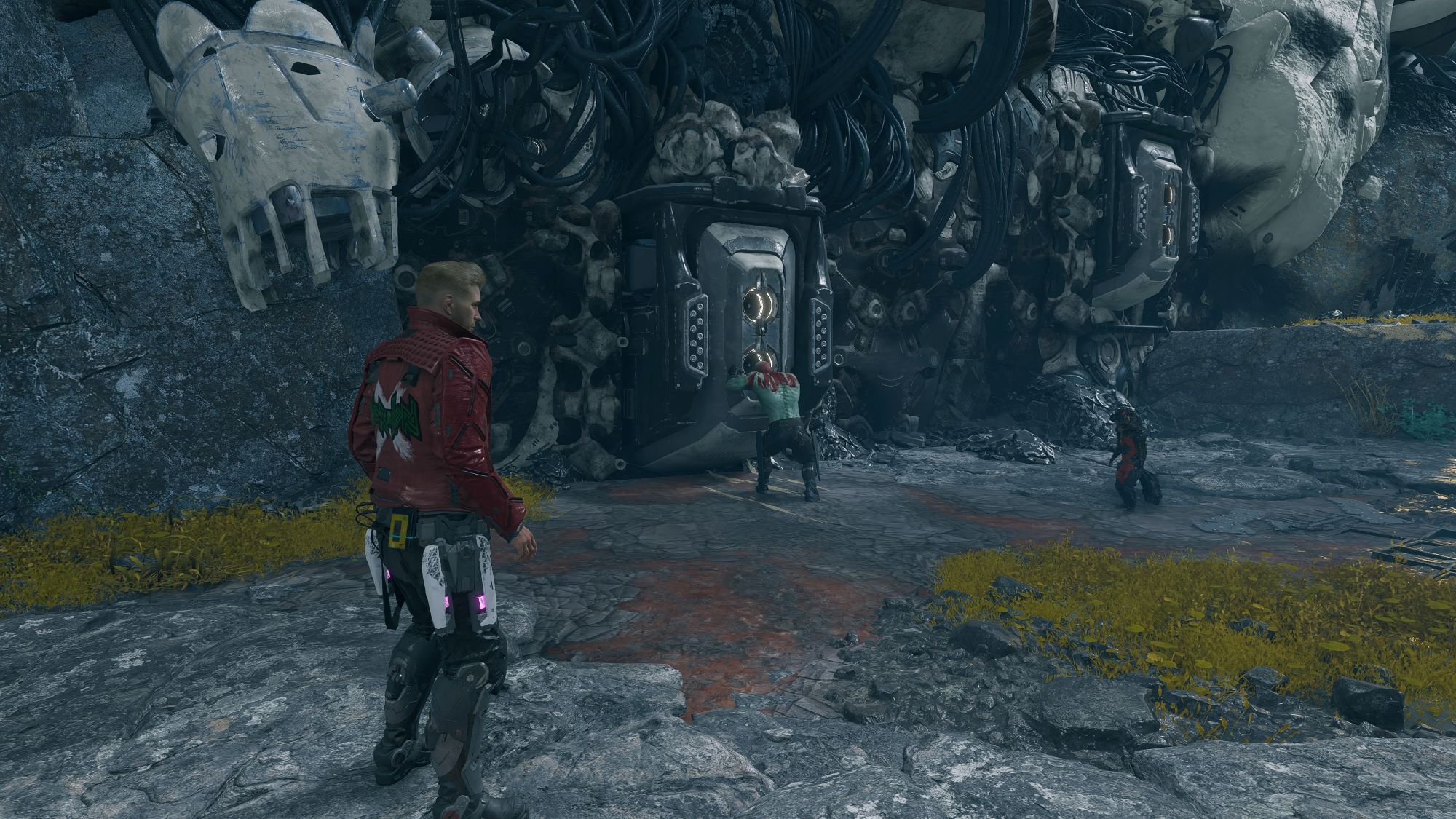 After you unlock the ice upgrade for Quill’s blasters, you’ll be confronted by a group of Jell-O cube enemies. Defeat them, and you’ll see two spots on the wall that can be highlighted with your visor. Tell Drax to move the one on the left out, then shoot the mechanism on its left side to freeze it in place. Then, command Rocket to inspect the hole above it which is now accessible. 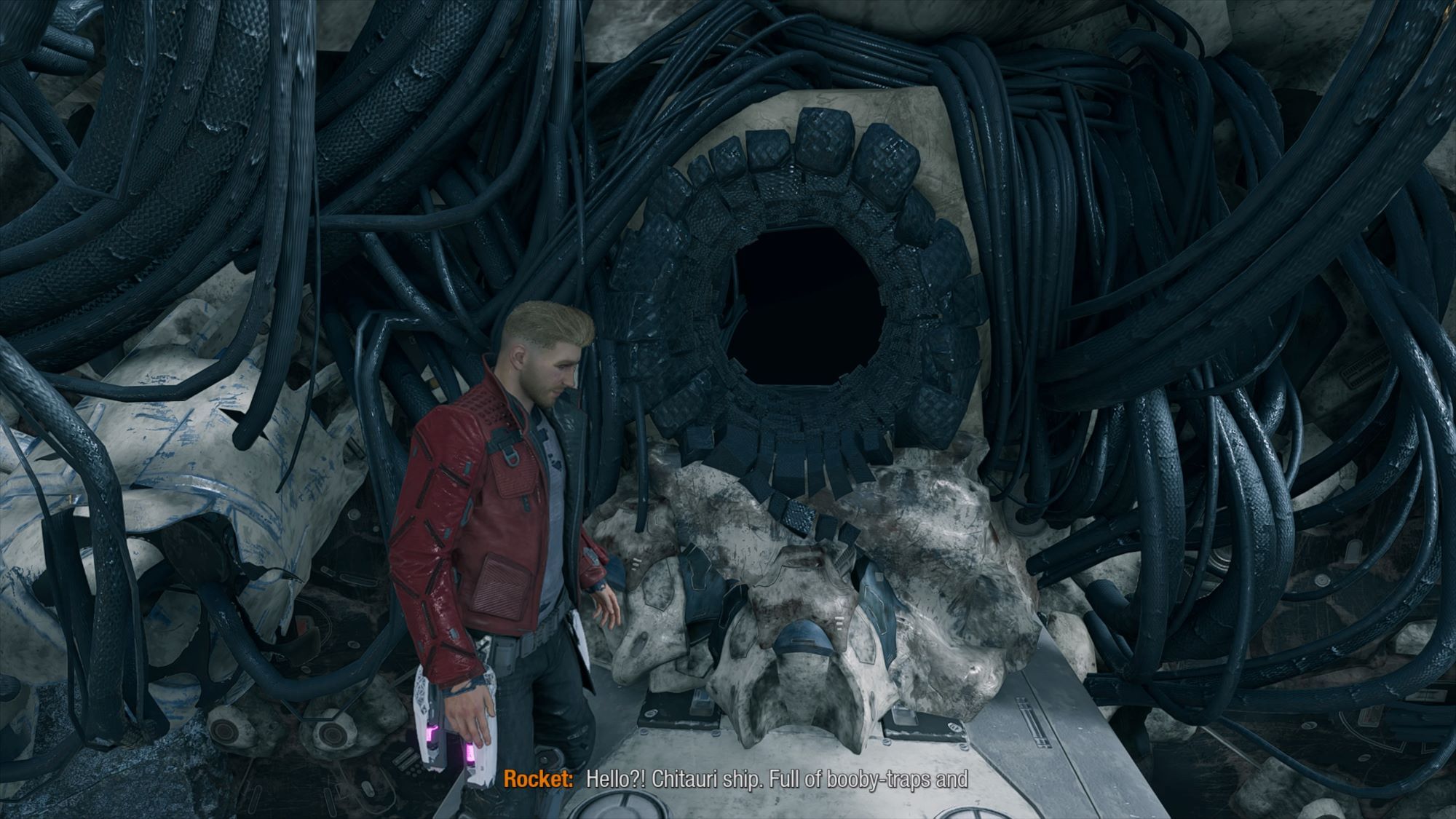 After he climbs inside, the other platform will begin moving. Again, freeze the mechanism with your ice blasters. 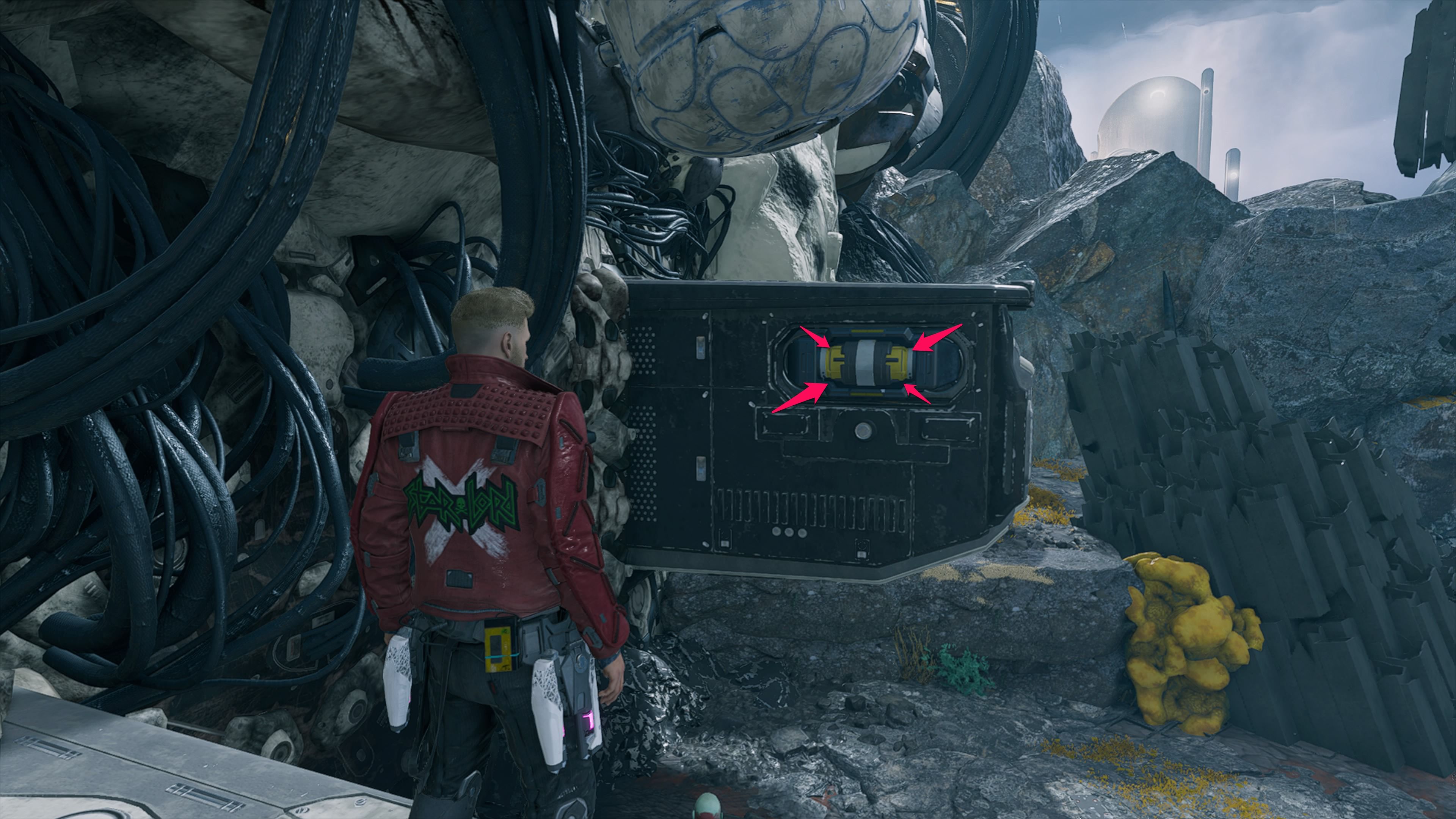 Now, drop down and climb up the platform to reach a cliff where the path is blocked off by some cables Gamora can slash. Have her do so, then walk through and look on the ground before dropping down to find an archive.

Be careful here: if you drop down before collecting it, you’ll need to restart the chapter or load an earlier save in order to get this archive. 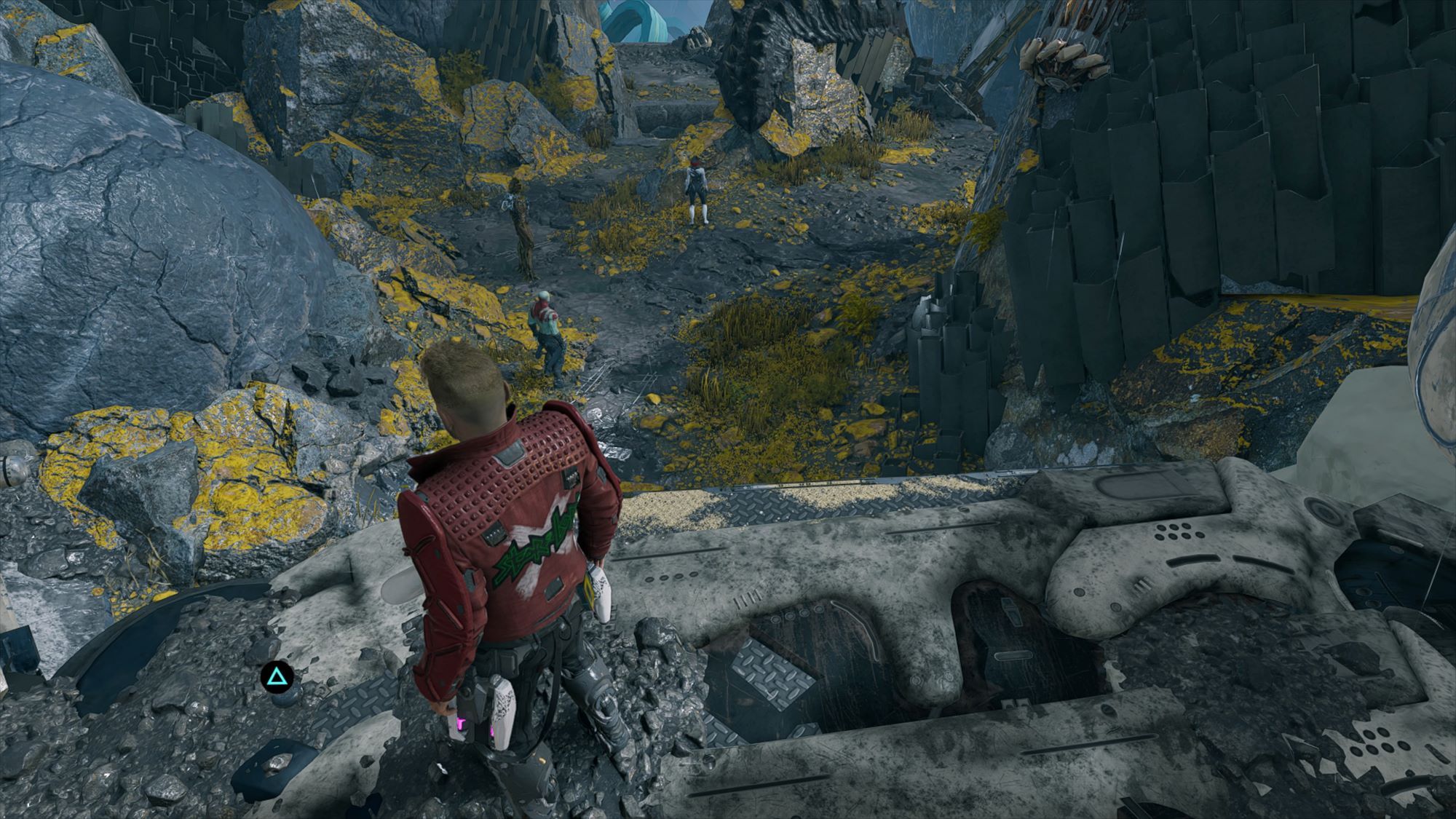