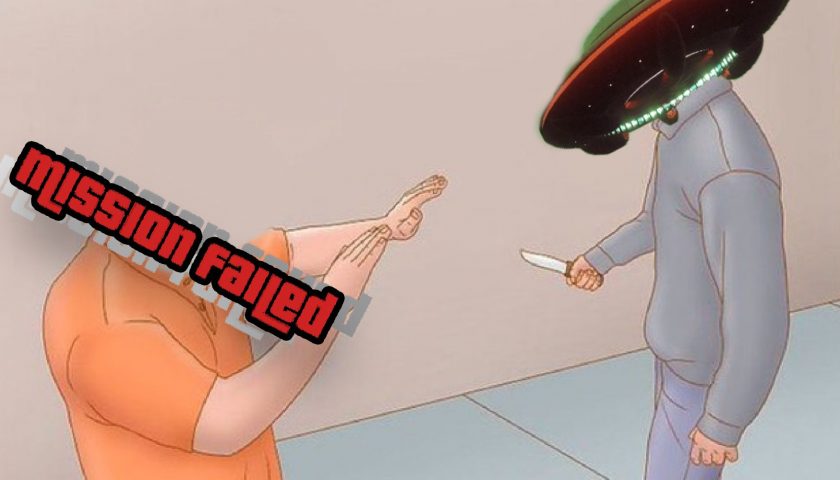 GTA Online gets constant updates to entice old and new players to the servers. One of these updates added a UFO that roams the map, appearing in a new location every day. If you fly too close to investigate, it mysteriously shuts off your engines, causing your vehicle to fall out of the sky. This isn't an issue if you've just flown up to have a gander, but if the UFO happens to be near a mission drop-off it can really screw with your plans.

GTA Online players have been sharing their misfortune to Reddit, with scores as high as $4 million being lost due to the UFO's interference.

Reddit user JonathanXVY was flying their Titan to a marked location when UFO interference shuttered their engines and grounded them. Unable to move due to their landing gear not being down, they'd likely have to quit the mission and risk losing whatever product they were trying to shift. They claim the failure cost them $4 million.

People in the comments wrote they'd had similar issues before. One gave some advice, "If you see 'Go to LSIA' on any special cargo sell mission, just find a new session don't even try, don't waste any time, don't risk a glitch or a stupid alien ship this week, etc. Just. Don't. Try."

Another piece of advice was, "I would have just dropped all the other spots first and waited [for] time to pass over 4 AM (if needed) and then made the last drop. You got 26mins left to finish the mission, that is over 12 GTA hours, the UFO would have disappeared well before that."

Jonathan replied, "I would have if I'd known those fucking aliens stopped planes." The more you know.

In other GTA Online news. players have been debating the game's biggest wastes of money. From car horns that don't work to dry ice in nightclubs, if you've got too much cash and don't know what to waste it on, go and get some inspiration.