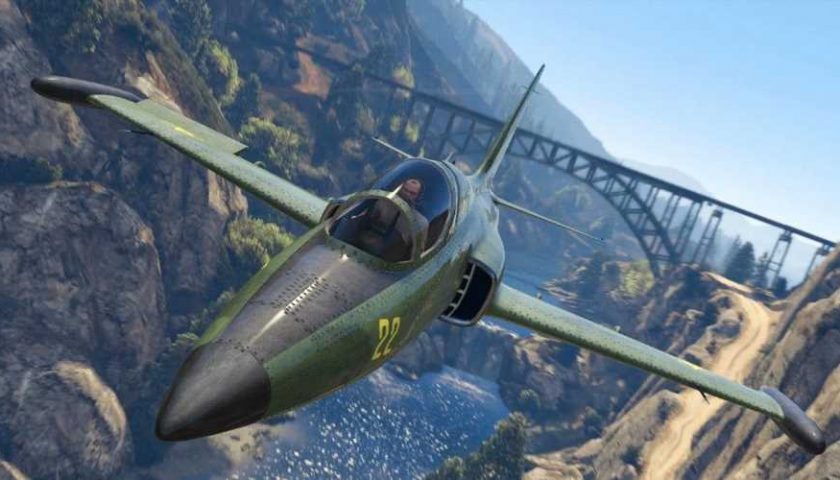 The very large Grand Theft Auto corner of the video game universe has been incredibly busy as of late. The launch of The Trilogy, the announcement that GTA 5 is getting next-gen versions next year, and the extension of GTA Online's story last week via The Contract. The story expansion adds to Franklin's story and even introduces Dr. Dre to Los Santos, both visually and via a few brand new tracks.

It would appear another chapter in the GTA 5 story isn't enough to keep some players entertained after all this time. Los Santos has been open for business since 2013, and with no official mention of GTA 6, that stay is set to continue indefinitely. Dedicated players have learned to do a lot during that time with everything the game has to offer, including the wild stunt you can check out below.

The clip begins with a plane reversing off a warehouse roof and very slowly drifting towards the ground. As the aircraft is about to hit the floor, its pilot swings it onto its side and glides effortlessly backwards into the warehouse it was once on top of. Some of the comments on the post highlight that they were convinced the clip was just being played in reverse until what happens next.

A second player, presumably a friend of the pilot rather than a chance skydiver, hurtles through the gap in the plane's tail before opening the parachute and drifting to safety. An impressive stunt in itself, and proof the clip isn't just a still-tricky flight being played in reverse. The plane continues to fly backwards after the stunt, back out of the warehouse, and onto a helipad outside.

When people are pulling off stunts like this, it's a surefire sign that pretty much everything that can be done has been done in GTA Online. Then again, as Rockstar proved just last week, it continues to work on and add major content updates to the game, so it isn't going to be replaced anytime soon. Anyway, until we can all perfectly replicate the stunt above, we don't deserve GTA 6 anyway.