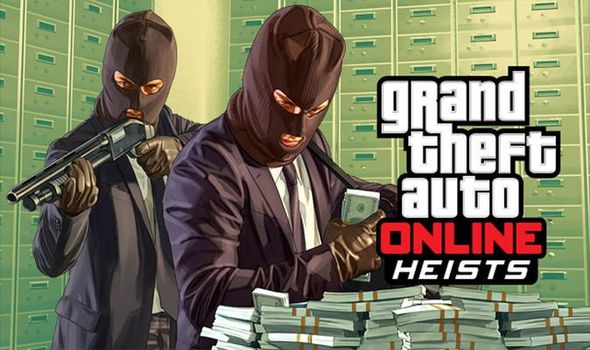 There have been rumblings that a new GTA Online update was being worked on by Rockstar Games over the past few months.

And now we have learnt that brand new content is being released very soon for Grand Theft Auto fans.

So far there has only been a teaser trailer released but even this provides a little in the way of information.

From what is shown during the mock GTA Online Casino advert, it appears that the resort is being hacked by Lester.

And it just so happens that Lester is your connection for all the major GTA 5 Online Heists available in the game.

For those who might not know much about them, Heists became the game’s first major money generator mission back in 2015.

Players must find a group of other gamers to work through a list of missions before pulling off the heist finale.

Some Heists are worth more than others and cost more to set up and complete on PS4, Xbox One and PC.

4-Player Teams, 4 Ways to Play – Choose your roles and strategize to complete each stage of a Heist, with tight communication and coordination the key to success. Some missions will require the team to work as a single unit, while others will break the team into separate roles to complete key objectives. Replay each Heist to experience a different perspective on the action, and complete Elite Challenges for extra cash.

Details are still thin on the ground for the new GTA 5 Online update or when it might be going live on all platforms.

Rockstar Games are expected to offer more news over the coming weeks before the big release happens.

The Casino update took a long time to be launched but following the long gap since its release, Rockstar Games have had plenty of time to work on the next expansion.

Some GTA fans are speculating that this new content could arrive later this month, possibly on December 10.

It will also be interesting to find out how much money can be made in-game from this new heist.

If GTA Online players are going to be given the option to rob the Casino, this could make it the most profitable mission to undertake.

Fans already know how pricey it is to become a member and have full benefits when it comes to using the Casino in-game.

And there’s been plenty of hints that the owners of Casino have plenty of enemies, with the game description explaining:

“Tao Cheng and The Diamond staff are in serious trouble.

“Work with Head of Operations Agatha Baker and Cheng to help them protect The Diamond from a hostile takeover by the Duggans, a ruthless Texan petrochemical family seeking to expand their business by any means necessary. Step out of the infinity pool and dive into an all-new storyline set across action-packed missions for 2-4 players.”