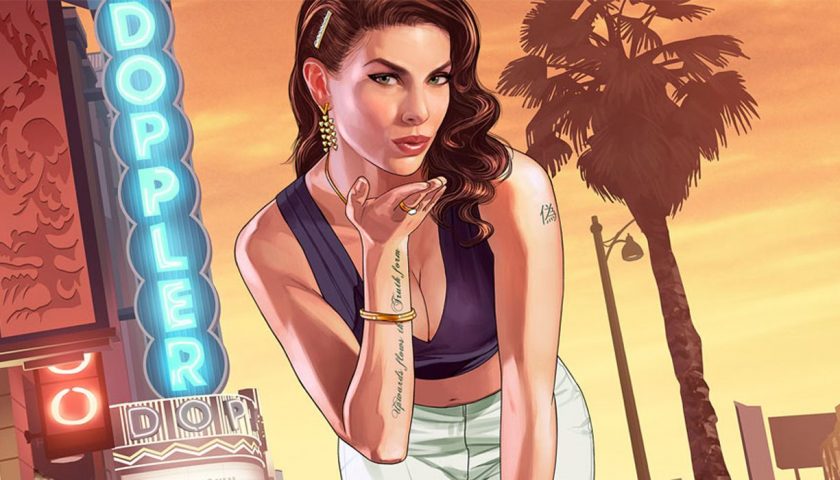 Well, it's finally happening. Gameplay footage of what is allegedly Grand Theft Auto 6 has leaked. Rockstar hasn't put out any official communication about it, but you'll be able to spot a couple of development videos of the upcoming game by merely scrolling through Twitter. It seems that these videos, which are clearly not the final version of the game, have leaked just a few hours ago.

One of the longer videos shows a female protagonist holding up a diner, along with a male accomplice. This is in line with earlier rumours that suggested there will be two protagonists, one male and one female. While the video is still evidently a work-in-progress version of the game, the UI, framing, and overall aesthetic surely looks like it belongs to a game in the GTA series.

Another, shorter video shows the female protagonist just walking around on an empty road. However, the purpose of the video is clearly to show the cloth swishing feature on the protagonist's dress, which is a new addition from the series' previously over-starched clothes.

It isn't clear where the leak originated from, but a hacker calling themselves 'teapotuberhacker' on the GTAForums, is taking credit for it. They also claim that they're the same hacker responsible for the recent hack on Uber.

Of course, as with GTA leaks over the lifetime of the series, we never quite know what we're going to get until Rockstar finally launches the game. This is the first time we've seen actual footage of what is allegedly GTA 6, but we have heard rumoured details about the game over the past few months. The video appears to corroborate the leaks about the game featuring a female protagonist – and also multiple protagonists – but the other burglar in the video could easily be an NPC.

It will be some sort of hybrid service game which will feature regularly added content over intervals, including entirely new cities post launch. There was also a leak about the game being set in South America, but the diner in this footage didn't quite appear to be located in any South American country.