Rockstar Games are unlikely to rush the release of the next Grand Theft Auto game on any platform.

The GTA 6 release date still seems some distance away and it’s unclear if the development team will bother trying to make it a cross-generational title.

It would make more sense for the next Grand Theft Auto game to be released solely on PS5 and Xbox Series X.

The latest reports suggest that GTA 6 will be launched in 2021, or at the least, announced during that year.

And the latest states supplied by Sony confirmed just why Rockstar Games don’t need to speed up the launch.

It was confirmed this week that GTA 5 was the game most downloaded during the month of December 2019.

What makes that incredible is that GTA 5 has been on the market since 2013, originally launching on PS3 and Xbox 360 first.

It also means that either new console owners are buying GTA 5 as one of their first games, favouring it over titles like Call of Duty Modern Warfare and FIFA 20.

It should also be noted that Sony has split up the charts into different categories, with Free-to-play titles getting their own section.

So that would remove games like Fortnite Battle Royle from the list that shows GTA 5 at its summit.

Here’s more from Sony, who confirmed this week: “Grand Theft Auto V was the most downloaded game on PlayStation Store last month, holding off both FIFA 20 and Call of Duty: Modern Warfare to claim the top spot in the last digital charts of 2019. 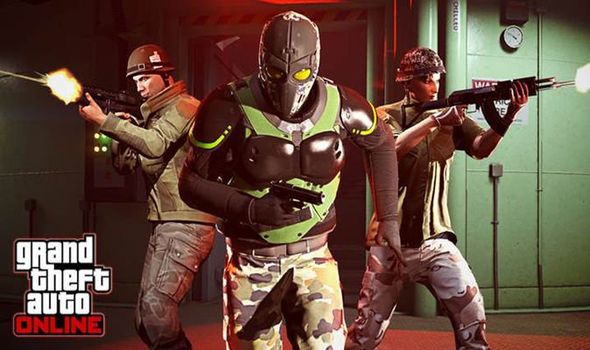 “While PS4 games jostled into new positions in December, the top PS VR, DLC and F2P spots continued to be held by the previous month’s titles, with Beat Saber topping the PS VR chart and Fortnite the F2P and DLC charts.”

It seems likely that GTA 5 will remain popular on all the platforms it’s currently available on.

Steam Player stats confirm that GTA 5 remains one of the most popular titles on the platform, battling alongside games like Destiny 2 and Path of Exile.

And these aren’t the only stats that prove GTA 6 needn’t be rushed out by Rockstar Games.

According to the NPD data, Grand Theft Auto 5 made 74 appearances in the charts since its release back in 2013.

Minecraft is the only other game that comes close, grabbing second place with 73 appearances.

And if you think just how popular Minecraft has been over the past ten years, you can see how GTA has become such a big deal.

As a point of reference, Minecraft was initially released back in 2009, so if all the data from the last decade has been used, that means it still has around three-years more sales to pull from.

The other games currently listed in the top five include Mario Kart 8, Tom Clancy’s Rainbow Six Siege and The Legend of Zelda: Breath of the Wild.

But the gap between GTA 5, Minecraft and Mario Kart 8 is vast, with MK8 achieving 37 appearances.

Another interesting factor that Grand Theft Auto fans will want to hear about in the coming year is whether GTA 5 will be backwards compatible on PS5 and Xbox Series X.

It seems like a no-brainer, as that will allow gamers to continue their adventures in GTA Online uninterrupted.

And it will also help gauge when fans can expect the GTA 6 release date to be announced.

Valve Expects Index To Be Back In Stock Before Half-Life: Alyx Ships

Sega Launches Sonic 2020 Campaign, Promises New News On The 20th Of Each Month
We and our partners use cookies on this site to improve our service, perform analytics, personalize advertising, measure advertising performance, and remember website preferences.Ok