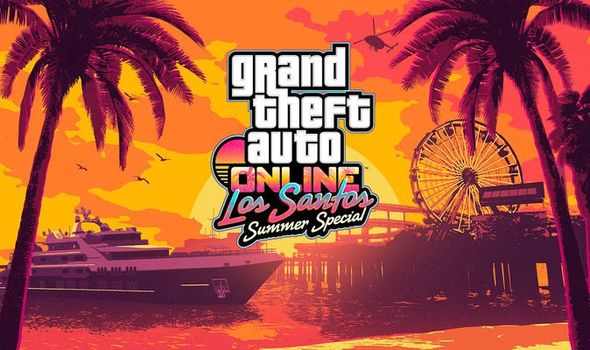 The Grand Theft Auto 5 Summer Special update has finally come to PS4, Xbox One and PC.

The new solo or multiplayer missions will be accessible for Galaxy Super Yacht owners.

The missions include everything from deep-sea diving for hidden treasure, to high-speed pursuit challenges.

The news was announced by Rockstar Games on Twitter: “The Los Santos Summer Special hits GTA Online on August 11th.

“Featuring tense new co-op missions launched from your Super Yacht, new Open Wheel Races, a fleet of new vehicles and much more. Summer in Los Santos has something for everyone.”

Needless to say, the GTA Online update also adds a variety of new features, not to mention gameplay balances, and bug fixes.

You can see the current GTA Online patch notes for PS4, Xbox One and PC below.

• Two additional Apartments / Garage Slots have been added, giving players the ability to own up to 8 now!

• Added a timer to the Lucky Wheel: the game will now tell you how much time you have to wait before you can spin it again.

• Staying stationary or driving the wrong way in an Open Wheel Races now makes you non-contact.

• Plus, the usual weekly special events and bonuses will take place over the coming months.

• Owners of Galaxy Super Yacht will be able to participate in a series of new co-op missions, either alone or with up to three friends.

• Missions will involve deep-sea diving and high-speed action on the seas.