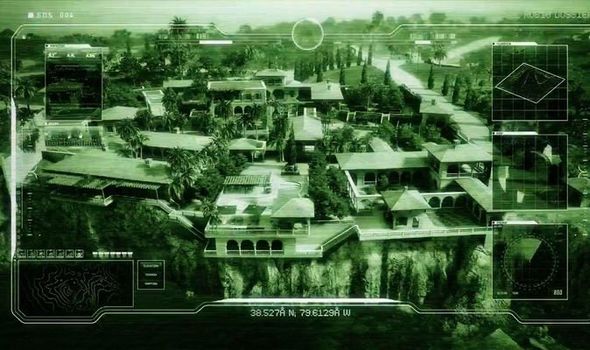 GTA 5 Online fans have received a nice surprise from Rockstar Games today, with the first ever teaser trailer revealed for the inbound Heists return and map expansion.  Earlier this year when the Grand Theft Auto makers announced the big summer update they announced they were also working on their biggest update ever for GTA 5 Online. This huge inbound patch is bringing back Heists, but that’s not all – with rumours emerging recently that the major patch would also feature the first ever GTA Online map expansion.

And now Rockstar Games has given Grand Theft Auto players their first ever look at this, thanks to a teaser trailer that was released today.

So far there’s not much to go on, with the GTA teaser trailer showing a new area that looks like it’s been filmed with a drone running a night vision camera.

But it gives GTA fans a tantalising glimpse of what’s to come, with the update expected to launch in 2020.

From the looks of it the next GTA Online Heist could be taking place on a brand new island that’s getting added to the hit Rockstar Games title.

The @GTASeries Twitter account managed to capture a screengrab from the trailer which appears to show the map for this new region.

The account tweeted: “The next #GTAOnline Heist will take place on a new island”.

The reveal of the GTA Online teaser trailer comes after earlier this week notable Rockstar insider Liberty93 said a map expansion was being prepared.

But it was unclear whether the map expansion would be arriving in the big patch that will be arriving this year or later on.

Liberty93 explained: “Take Two likes to play with words a bit and a new location can also be a new location like the mall, the Korz Center or many others.

“Caution is therefore required, even if on our side we can now confirm that a map extension should arrive sooner or later on GTA Online.”

In the aftermath of this scoop Strauss Zelnick – the CEO of Rockstar Games company Take Two – backed up what Liberty93 had said by teasing future plans for GTA.

Alongside the release of T2’s latest fiscal results, Zelnick said GTA Online will be getting a “new location” and that his firm expects GTA Online to record its biggest ever quarter to close out the current fiscal year that runs until April 1 2021.

December 2020’s Games With Gold Lineup Features Saints Row: Gat Out Of Hell…And Not Much Else

World of Warcraft’s Hogger Spins His Way Into Heroes Of The Storm
We and our partners use cookies on this site to improve our service, perform analytics, personalize advertising, measure advertising performance, and remember website preferences.Ok