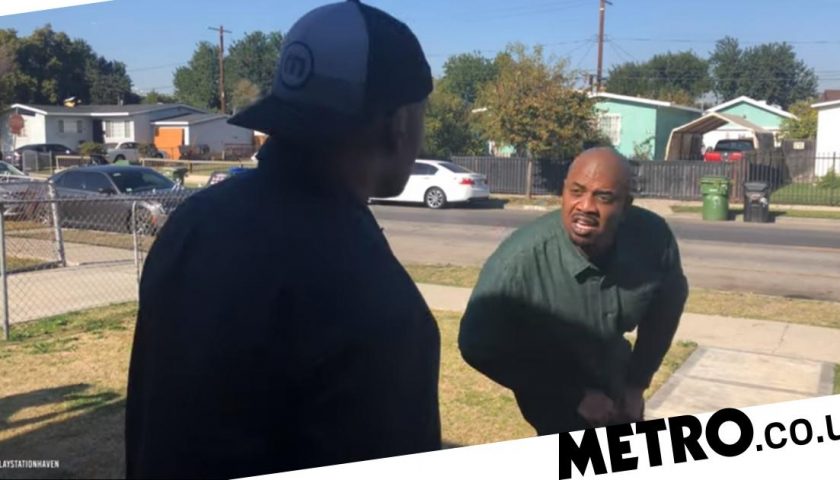 One of the most popular memes from GTA 5 has been turned into a live action video starring the original voice actors from the game.

Seven years later and GTA 5 remains as popular as ever, not just in terms of sales and the ongoing success of GTA Online, but the word of internet memes.

The one where Lamar is roasting Franklin about his haircut has been particularly popular lately and so actors Shawn Fonteno and Gerald ‘Slink’ Johnson have decided to recreate it in real life.

They’re a lot older now than when they first recorded the lines, so they sound a bit different, but otherwise this is pretty much the closest you can get to a live action GTA 5 movie.

The scene revolves around Lamar and Franklin returning home from a mission, with Lamar asking whether he can hang out at Franklin’s house to rest.

Franklin tells him no, which results in a lengthy tirade involving digs at Franklin’s haircut, lifestyle , and just about anything else Lamar can think of.

The video first turned up on PlayStation Haven and joins a legion of existing uses of the meme, using characters ranging from Woody out of Toy Story to Kermit the Frog.

Just bear in mind that the video above is NSFW, given Lamar’s less than sophisticated vocabulary.

GTA 5 will become one of the only games to be released at full price in three consecutive generations, as Rockstar prepare to release Xbox Series X/S and PlayStation 5 versions later this year.

Although there continue to be rumours about plans for GTA 6 nothing official has ever been announced and it doesn’t look like something that’s going to happen anytime soon. But in the meantime at least you have the memes…