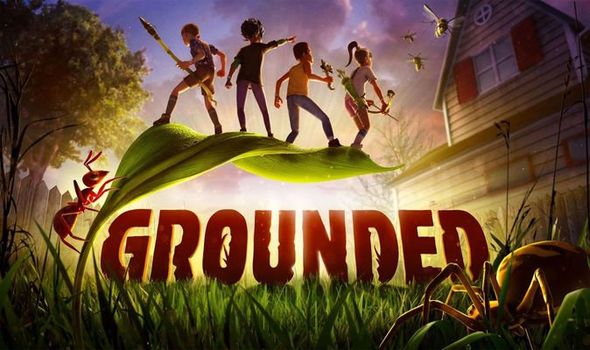 Grounded, the new game from developers Obsidian, will be launching tonight for gamers in the UK on Xbox One and Steam.

The news was confirmed earlier this week by the dev team, who have been preparing to launch the survival adventure title for months.

The new title will be in early access, meaning that it will only include some of the final content being produced for it.

Gamers will be able to shape the final package, and check out whatever new content is made for it in the coming weeks and months.

This option will be available on Xbox Game Preview, the Microsoft Store, and Steam Early Access, making for a lot of different ways to start your early access adventure.

WHAT IS THE GROUNDED RELEASE TIME?

Obsidian Entertainment has confirmed that the Grounded early access launch date has been set for today, July 28, 2020, across all platforms.

And the Grounded release time has also been confirmed for 6pm BST in the UK, or 10am PT if you live in the United States.

A message from the Obsidian team adds: “We are getting closer to the release of Grounded, so to help you prepare we would like to share with you the current release schedule!

“We are excited to see everyone enter the backyard again (or for the first time) in a few days! See you all in the backyard soon.”

This will be the first step in a bigger launch for the game, so server disruption and bug problems are expected in the first few days.

It should be noted that gamers can start to preload the game if they are playing it through the Xbox Game Pass on PC or Xbox One.

This can be done using the Xbox Windows app and shouldn’t take long, as Grounded is only expected to have a small downloaded size.

Like the characters in the game, you’re going to have much bigger games in your library alongside the new survival adventure.

It takes around 3.7GB to pre-install the game, but it should be noted that there will be a day one patch as well.

These options aren’t available to gamers on Steam, who will have to wait for the game to enter early access.

For those who missed its announcement, Grounded is a game where players wake up in a suburban backyard after being mysteriously shrunken to the size of an ant.

Guided by a strange robot voice named BURG.L, players must explore, build, and survive while confronting the dangers and perils that come with suddenly being insect-sized.

Some of these dangers include an array of hostile spiders, which present a regular threat to surviving the backyard.

The good news for those with a strong fear of arachnids is that Obsidian has been working closely with the Xbox Research team to explore what triggers arachnophobia.

This led to the creation of Arachnophobia Mode, where players can alter the appearance of spiders and limit their audio effects, helping to make the game more accessible for everyone.