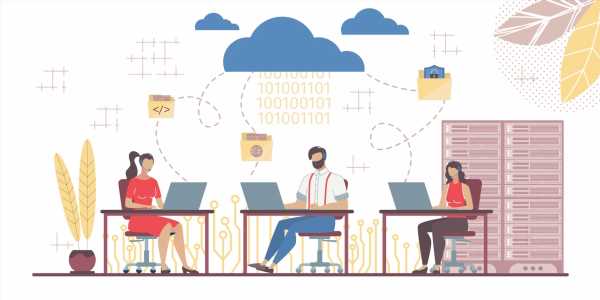 Grip Security, which today announced a $19 million series A funding round less than a year after its launch, said that its product to rapidly secure software-as-a-service (SaaS) applications has begun finding strong demand from customers including the likes of Fortune 500 companies. The Tel Aviv, Israel-based startup was founded in February of this year and offers an automated product that can displace Cloud Access Security Broker (CASB) solutions, enabling customers to quickly regain control over their entire SaaS inventory, said Lior Yaari, CEO and cofounder of Grip Security.

The use of SaaS applications among businesses continues to climb, with the average organization now using approximately 110 SaaS applications — up from 80 last year, according to a recent report from BetterCloud. At the same time, security violations related to SaaS files have jumped 134% this year, the report found.

Grip’s solution provides customers with full visibility into their SaaS deployments — including through discovery of shadow applications—as well as automated governance and security for SaaS apps, according to the company.

“CASBs were the right solution for the SaaS problem of 2013, when they were established. Since then, the problem outgrew their technology, which wasn’t able to scale,” Yaari said in an email to VentureBeat.

By contrast, Grip’s technology “scales to the size of the problem,” he’s said. “Our technology allows teams to gain visibility and control over their SaaS with 15 minutes of integration, without installing anything.”

Grip has “dozens” of customers using its solution now, ranging “from small startups to Fortune 500 market leaders,” the company said in a news release.

Grip’s machine learning-powered product brings an ability to correlate massive amounts of data and extract accurate conclusions — which Yaari says “is what enables us to succeed where other discovery tools failed.”

The new funding round will be used in part to “dramatically expand our ML-based foundations and data team, to provide accurate data to our clients,” he said.

The product stands out with ease of deployment and actionability, according to Yaari. “Most solutions today require cumbersome and intrusive deployments, like a proxy on the corporate network,” he said.

With the company’s technology for rapidly regaining control over SaaS inventory, clients gain both visibility and actionable insights that can automatically fix problems across the inventory, Yaari explained.

For example, the product often finds that dormant accounts of ex-employees were left active, then revokes access to all of them “in a single click,” he said.

Ultimately, “as SaaS adoption continues for organizations of all sizes, the need to secure SaaS grows as well,” Yaari said. “This creates a massive market opportunity, to help security teams find, govern, and secure the hundreds and thousands of SaaS applications used across the organization.”

In terms of updates to the company’s product, the plan for 2022 is to enhance the solution’s access management and data governance capabilities —enabling organizations to set a granular policy over access and data in a way that fits the modern distributed workforce, he said.

This would give security teams their control back over data proliferation, and support modern trends like BYOA (bring your own access),” Yaari said.

The series A brings the company to $25 million in total funding during its first 10 months, added to the startup’s $6 million seed round that was raised in April and led by YL Ventures.

The startup currently employs 25, and aims to triple its headcount to more than 75 in 2022.