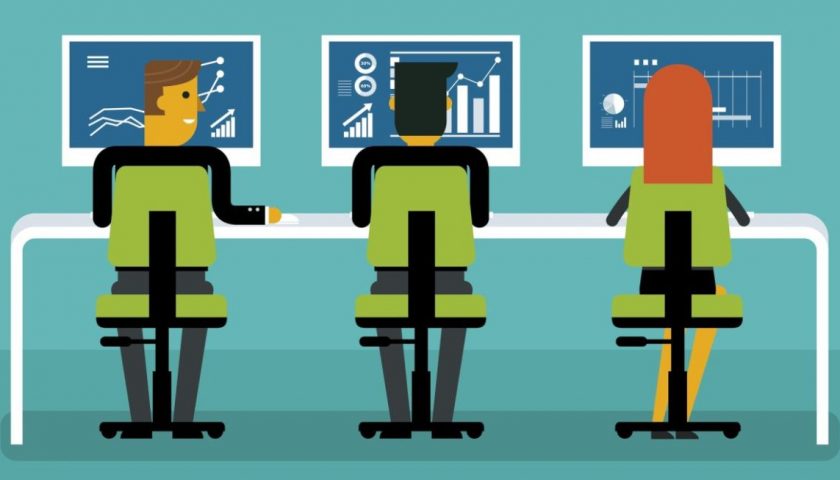 To further strengthen our commitment to providing industry-leading coverage of data technology, VentureBeat is excited to welcome Andrew Brust and Tony Baer as regular contributors. Watch for their articles in the Data Pipeline.

The company behind Grafana, one of the fastest growing open source projects, has just secured a new round of funding that values the company at over $5 billion. And, like a number of its counterparts, Grafana Labs has gone down the quasi or restricted open source relicensing path. It can thank Splunk and Elastic for clearing the way. And, by the way, that path is growing forkier by the day.

First, the headline: Grafana Labs, the company, has just secured a $240 million D round of funding, and with it, inflating its valuation. It comes for a company that estimates that its eponymous open source project grew roughly 25x over the past six years, with the installed base now exceeding 900,000 installations and 10 million global users. I’d expect the company to do the usual thing for a D round, which is expanding its go-to-market to generate revenue, but the company also maintains that it will continue expanding the product’s capabilities.

It follows an announcement the previous week for a major change to one of Grafana Labs’ longtime supporting projects, the Cortex time series database. And this is where the fork begins. Grafana Labs is replacing Cortex, which had been Apache 2 licensed, with Mimir, which is broader in scope, and licensed – just like Grafana and companion projects Loki and Tempo – under the more restrictive AGPLv3. It’s a form of “copyleft” license that in this case is intended to deter third-parties from taking the law into their own hands and forking the code. It requires them to contribute any changes they make back into the trunk.

There’s a long and involved saga over open source licensing Sturm und Drang that I have chronicled here, here and here. For Grafana Labs, there are several ironies. First is that MongoDB famously ditched the AGPL license because it wasn’t restrictive enough; instead the company went to SSPL, which is more explicit about prohibiting anyone from offering a MongoDB cloud service. Others, such as Confluent, Cockroach Labs and Redis, have taken similar restrictive approaches for all or parts of their portfolios. Secondly, while the target of such licensing more often than not is AWS, in this instance, it’s a case of coopetition as both companies have had a unique partnership with Amazon Managed Grafana service. A related AWS service that integrates to the Grafana offering, Amazon Managed Prometheus, continues to use Cortex (with a couple of AWS employees maintaining it). Some are questioning whether this collaboration is continuing.

There’s also a saga over going to version 2. Fortunately, Mimir is an API-compatible superset of Cortex, so existing customers won’t be thrown under the bus; the migration path should be pretty straightforward. Grafana Labs characterizes Mimir as a natural progression from Cortex. In effect, it chose to borrow more capabilities, such as support for a sharded query engine; an API for identifying high cardinality metrics; and broader metrics ingestion capabilities that were previously only available in its cloud SaaS service. The most advanced capabilities, such as compatibility with Graphite and Datadog, finer-grained access controls, cross-cluster query federation and so on, are still only available from Grafana, through its cloud service or the on-premises counterpart, Grafana Enterprise Metrics.

There’s a lot of history repeating itself with Grafana Labs’ trajectory. The great-grandparent of all this was Splunk, which provided a developer-friendly, but proprietary platform for monitoring, searching and analyzing the types of machine data generated by IT systems. Splunk was designed for an era of systems that were deployed inside the data center.

The emergence of Elasticsearch

Then the cloud, and the massive scale of it, changed things. And so emerged Elasticsearch, an open source alternative that was designed from the get-go for highly distributed operation. Under its original licensing, Splunk users paid for larger deployments typically by the number and size of indexes. Elasticsearch, as open source, did not penalize for size.

Elastic, the company behind Elasticsearch, became a victim of its own success as virtually every cloud provider mounted its own Elasticsearch services. That prompted Elastic to revamp its licensing until finally, a couple years back, it bit the bullet and stopped being an open source company altogether. Meanwhile, AWS Apache open-sourced the Elasticsearch version under the original license and forked to the new OpenSearch project. Don’t shed too many tears for Elastic, as, having already successfully IPO’ed, it is on track for an $800 million year, representing a roughly 25% to 30% increase year over year.

Grafana Labs has often been viewed as a company whose technologies compete or sometimes work alongside Elasticsearch. The main difference is Grafana originated as a fork of Kibana (the visualization piece of the Elastic ELK stack), and it was better suited for monitoring the types of metrics that are at the heart of observability. In this case, competition was the sincerest form of flattery, as Kibana subsequently upgraded its metrics support.

With the shift from Cortex to Mimir, the type of forking that came to Elastic is now coming to Grafana. We view forking as a rite of passage for open source projects as it shows there’s sufficient interest to drive competing directions; projects like MongoDB and PostgreSQL have not exactly suffered from forking. Given the traction of Grafana, if history is any guide, expect more forks in the road ahead.