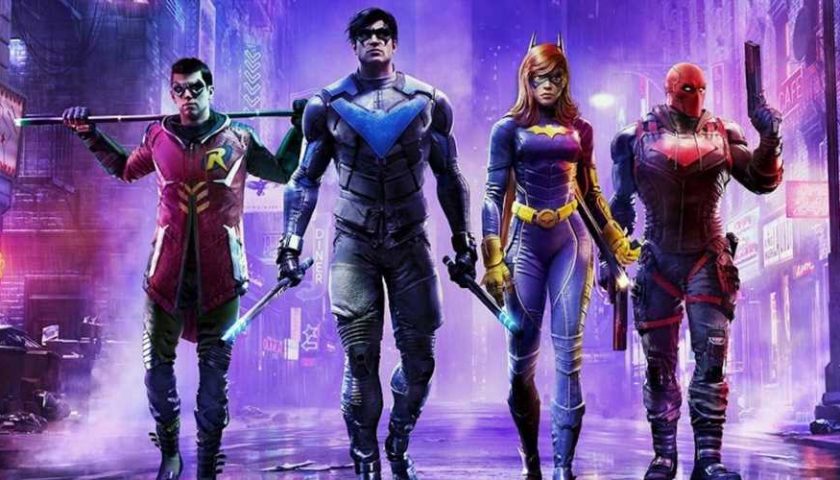 Warner Bros. appears to be having a tough time with Gotham Knights in a number of aspects. First, nobody believed that Batman would actually be dead; then some unfortunate leaks of a colouring book revealed major spoilers for the story, and most recently, fans were disappointed to learn that Gotham Knight will run at 30fps on consoles. It now seems that there's been some miscommunication, but on the distribution side.

It's unclear whether it's a one-off, but it looks like a retailer has broken the launch date mandates and has sold a copy of Gotham Knights to a customer. As revealed by almarhuby on Reddit, they have posted an image of a PS5 copy of Gotham Knights, which is supposed to launch on October 21. As for how they got their hands on the copy, "Retailer I usually shop at somehow got it early and sent me a message lol. So I just picked it up," they wrote in the comments.

The thread was immediately filled with comments asking them how the gameplay was, along with other questions about multiplayer and the framerate. As a result they have uploaded gameplay footage on the Gotham Knights subreddit and tried to answer as many questions as possible.

Among the observations made by them, the few that stood out were, "The movement can feel awkward and have a slight delay when walking around indoors, especially when you try to take a sharp turn. Combat on the other hand feels great though." This could however be a planned fix in the day-one patch. They also mentioned that there are plenty of cool takedowns for each character.

They also answered one of the most asked questions since Gotham Knights' reveal – how leveling up works. "They all level up at the same time," said almarhuby, "If you switch characters you’d only have to distribute ability points for that specific character." So, if you swap characters between missions, you'd be the same level and have the same amount of ability points to distribute how you want.

It must be noted that we have not been able to verify these comments, so take them with a pinch of salt. The game will officially launch in a few days and you'll hear our thoughts soon.