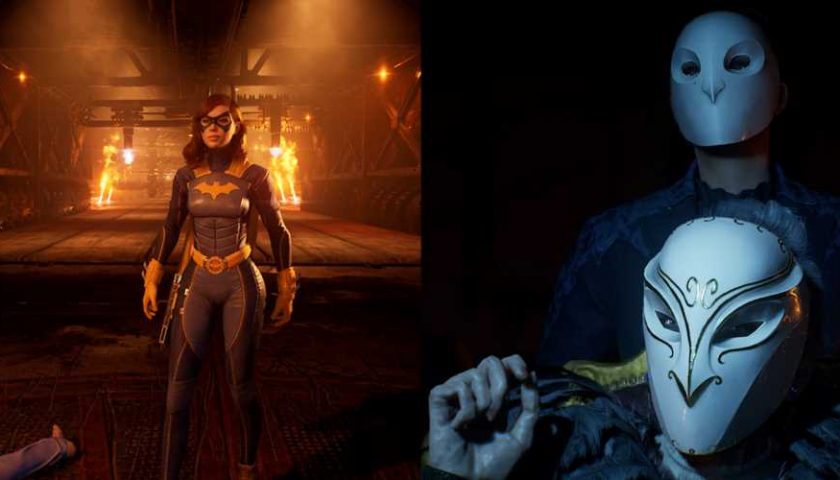 Gotham Knights follows Batgirl, Nightwing, Red Hood, and Robin after Batman's passing as they work to finish his final investigation. The Knight's investigation leads them to the Court of Owl's hiding place, inside the Old Powers Club. After doing what heroes do best — beating up criminals and solving puzzles — you'll find the Court's lair and be confronted by the shady group.

But just like Batman, the Knights excel when they're in the shadows. So it's quite an inconvenience when you get thrown into a burning tunnel at the end of Case 2.2. This tunnel is full of booby traps and fire, making it difficult to get out from. It is designed for death, after all. We have the solutions right here if you're struggling to get through it.

How To Reach The Burning Tunnel 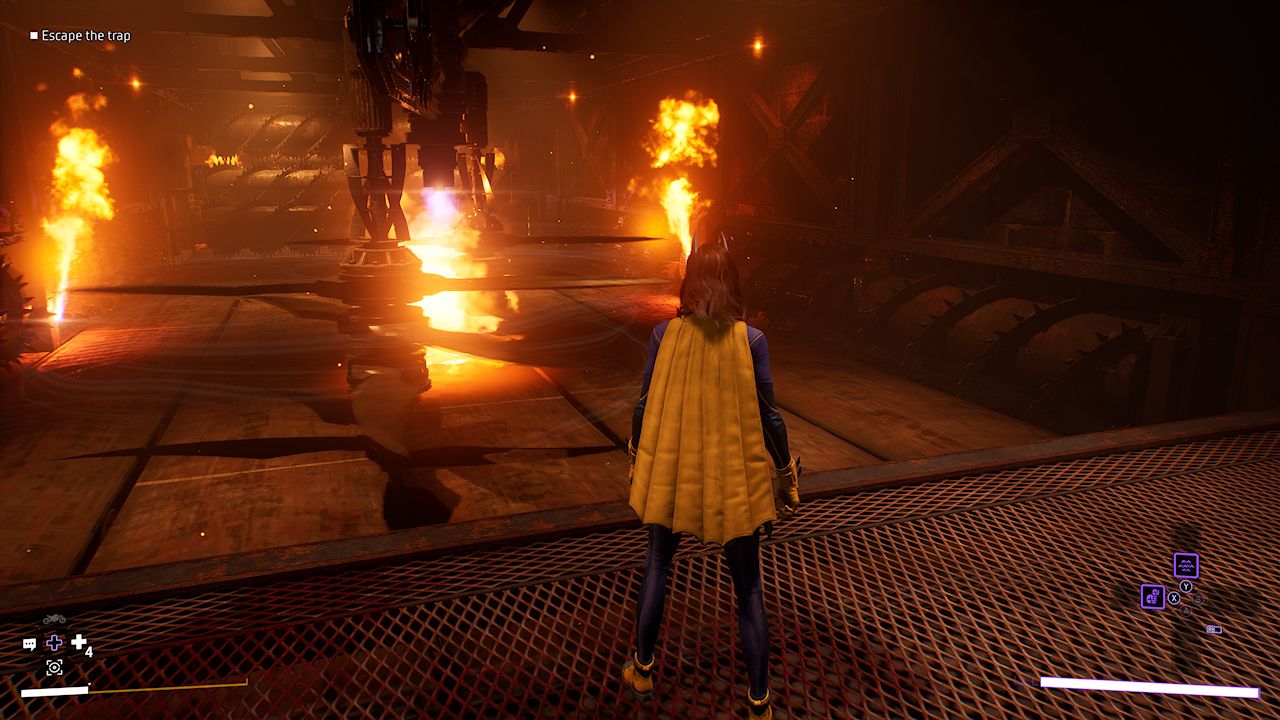 Case 2.2 will take you to the Old Powers Club, where you'll be searching for the enigmatic Court of Owls.

You'll need to activate a hidden mechanism under the floorboards to find their lair. Once inside, you'll need to complete the Shadow Bird puzzle, opening another secret entrance further into their lair.

After that, you'll be faced with a few waves of the Court's henchmen. You can sneakily dispose of a few of them, but eventually, you'll need to begin swinging.

After you take out enough enemies, you'll meet the Court in a cutscene before being thrown down a trap door into the burning tunnel. 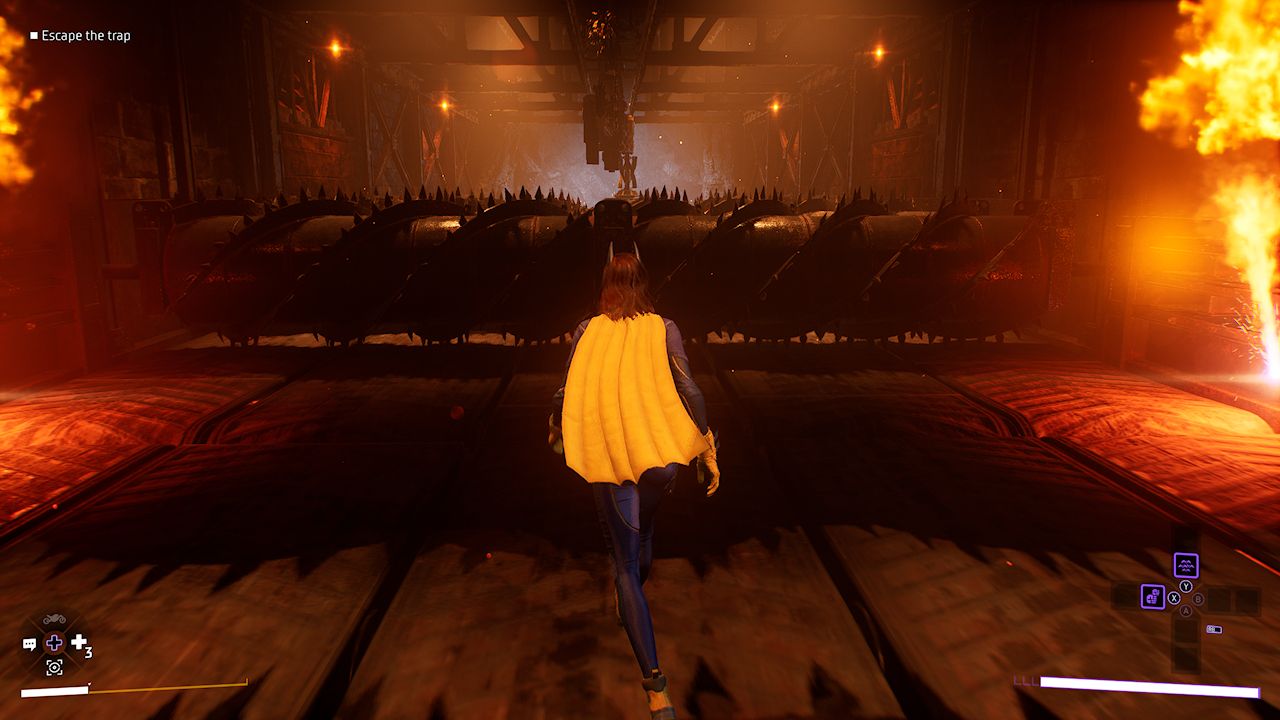 The burning tunnel contains a couple of different obstacles.

Timing is critical here. There'll be several safe chunks of land, so use these to assess the obstacles ahead of you and take note of their movement patterns.

Each obstacle will have a gap in its animation that makes them safe to pass through. Just keep track of how they're moving and when they turn off. Once it's safe, sprint through.

If you touch any of these hazards, you'll restart from a checkpoint with a chunk of your health missing.

Once you've escaped the burning tunnel, you'll arrive at a pit of bones and find a key. Grapple to the ledge on the right, and the mission will be complete — it's quite dark, so the ledge might be difficult to spot.