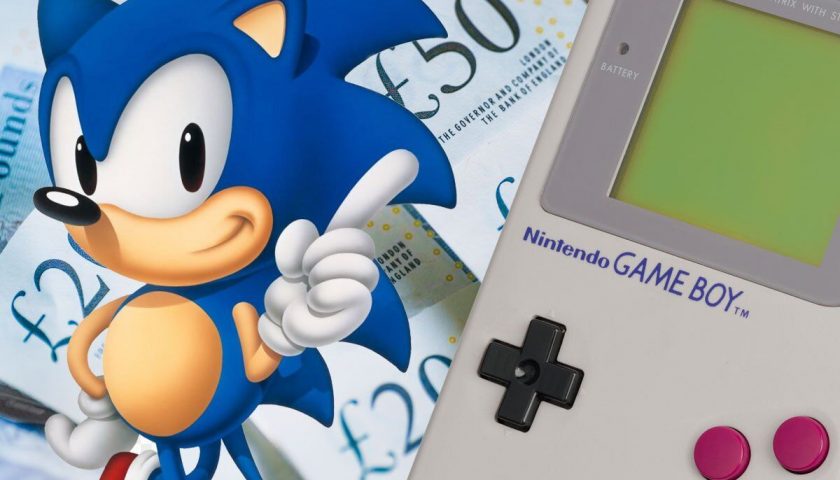 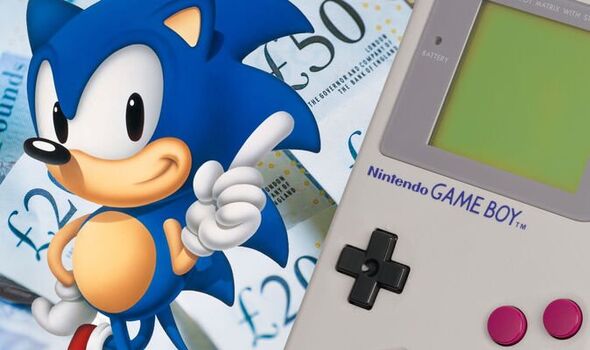 Nintendo is arguably the most iconic name in gaming, with the Japanese gaming giant producing numerous all-time classics over the decades. Besides being constant innovators that push the boundaries, Nintendo games tend to hold their value far better in the second hand market than titles released by Sony and Microsoft. But not all games are created equal, and there are some Nintendo games lying around that are worth a small fortune.

In fact, the most expensive video game sale ever recorded was for a Nintendo game – that being an unopened copy of 1985 classic Super Mario Bros for the NES which sold at auction for $2million.

This came after an unopened copy of Super Mario 64 sold at auction for $1.56million.

Unopened games from decades ago in pristine condition are extremely hard to come by, but you don’t need a rarity like that to make a huge profit. Here’s details on some of the most expensive retro games that money can buy that were released on the Switch, Wii, NES, Game Boy and GameCube… 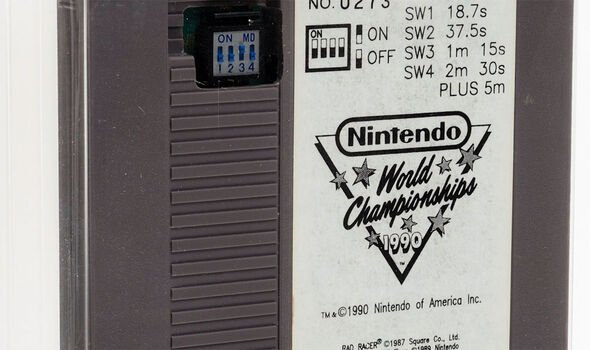 The NES is home to some extremely rare – and expensive games – which will be almost as hard to find as an unopened copy of Super Mario 64 or Super Mario Bros.

One of these is the Nintendo World Championship, a NES cart that was released for the inaugural 1990 video game competition.

This cart featured games that were played during the tournament and were handed out to finalists, while some gold-coloured versions were given away as part of a Nintendo Power competition.

It is the most expensive NES game you can buy on the second hand market, with PriceCharting – which tracks the price of countless video games and consoles – saying it’s worth in excess of £16,000. 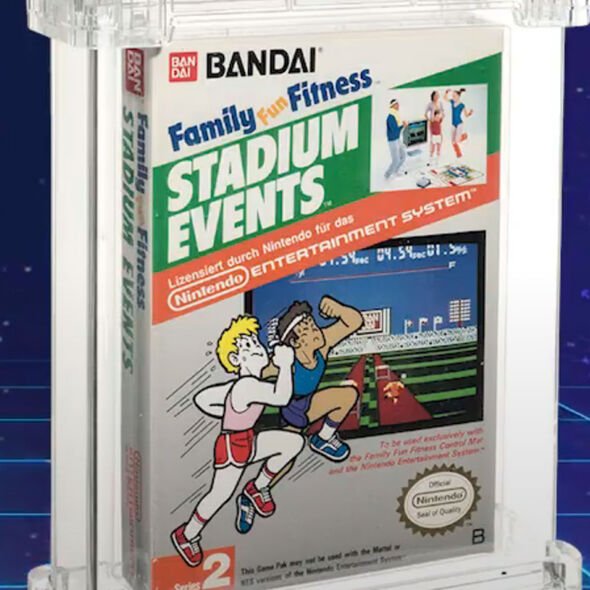 Another rare NES game, which is worth almost as much, is Family Fun Fitness Stadium Events.

This is valued by PriceCharting as just shy of £15,990. One reason this NES game is so valuable is how rare it is.

A standard initial run for a NES game was around 10,000 copies – but it’s believed there are far fewer carts available of Family Fun Fitness Stadium Events.

Both these games are US releases, and this is something important to bear in mind with retro game collecting – the value of a game can fluctuate depending on the region it was released in, along with whether a game is loose, complete in box or brand new and unopened. 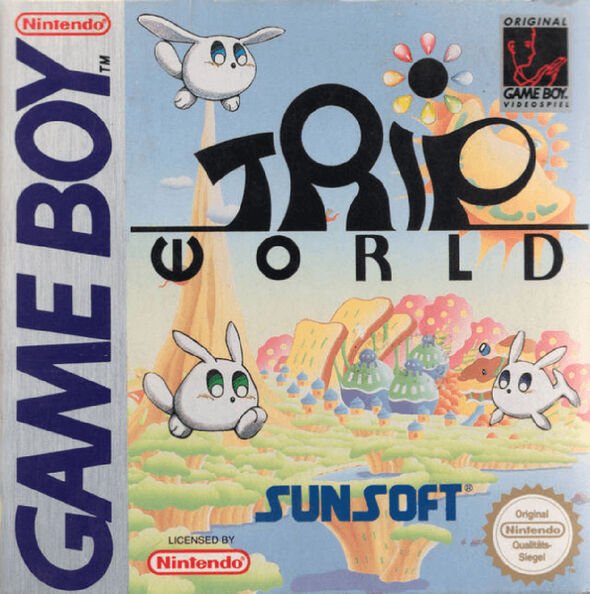 The Game Boy is one of the most popular consoles ever released, with 118.69million units selling worldwide.

The Game Boy and Game Boy Color are the third best selling consoles ever – behind the Nintendo DS and PS2.

And, if you’re lucky enough, you may have some rare and expensive games released for this widely bought console.

One of the most expensive Game Boy games ever released came out in the UK – that title is Trip World.

If you have a brand new version of this game it’s worth almost £5,000 – however even a complete in box edition will fetch over £2,100. 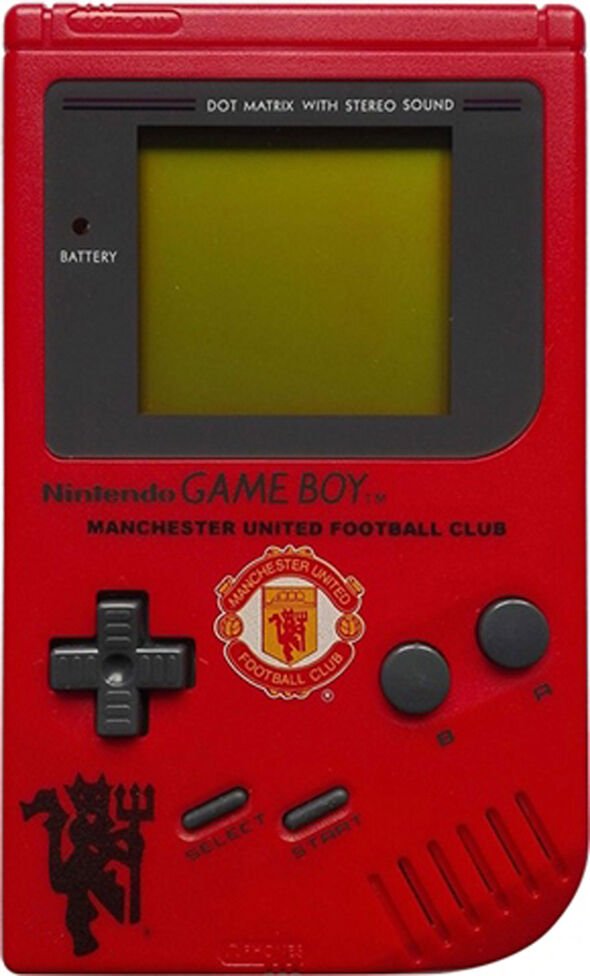 Trip World is a platformer made by beloved Japanese developer Sunsoft which was released in Europe in 1993.

Players take control of a bunny like creature who is on a mission to retrieve a flower of peace.

The game was later released on the Nintendo 3DS Virtual Console, so it you wanted to play it for cheap that was one way to pick it up.

Elsewhere, in the UK another rare Game Boy collectible was released – and that’s the Manchester United Game Boy.

If you have a brand new version of this console it’s worth over £2,000. 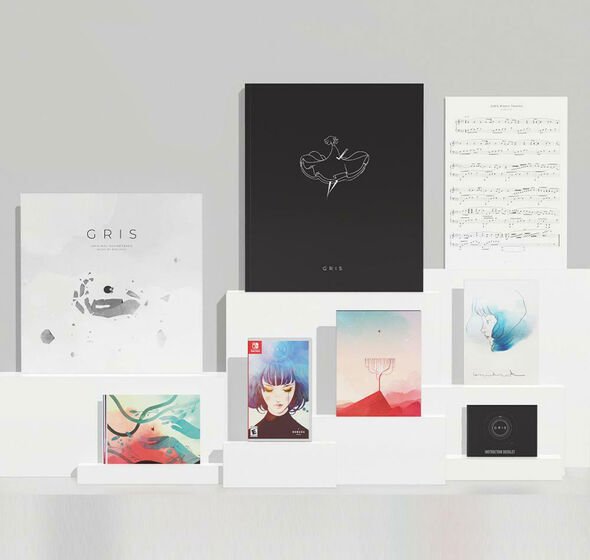 The Switch is Nintendo’s most recent console, and is one of its most successful ever.

It looks set to overtake the PS4 soon as the fourth best selling console of all time and looks like it’s just a matter of time until it overtakes the Game Boy and Game Boy Color.

And if you own a Switch you’ll want to check if you have one game in your collection that has surged in value.

That game is the collector’s edition of Devolver Digital’s Gris.

The Signature Edition of Gris – which was produced by Special Reserve Games – is worth over £1,000 these days.

When it was released this out of stock limited edition version of Gris cost just under $250, so if you bought it then you could sell it now and make a huge profit. 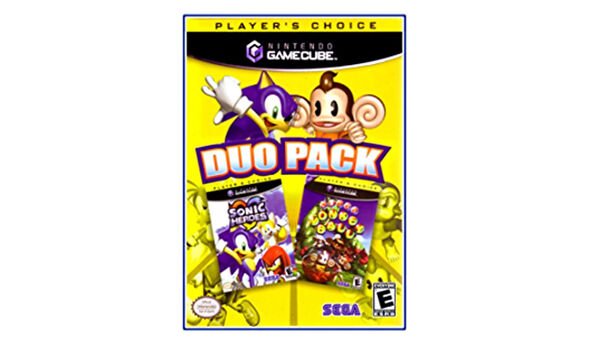 The GameCube is a fascinating console, and is the last time that Nintendo tried to go toe-to-toe with the likes of Sony and Microsoft in terms of brute power.

The GameCube was outsold by both the OG Xbox and of course the PS2, and after this generation Nintendo always tried to do something a bit different with its home consoles – starting with the Wii, then the Wii U and now the Switch.

This approach has – apart from with the Wii U – given Nintendo huge success in terms of sales, so the GameCube era can be seen as a major turning point for the Kyoto-based gaming icon.

And if you were one of the 21.74million that picked up the console that looked like a lunchbox there’s one game you’ll be hoping is in your collection.

This is a US release, but if you’re lucky enough to have it lying around or in a cupboard your bank balance has just got a lot healthier. 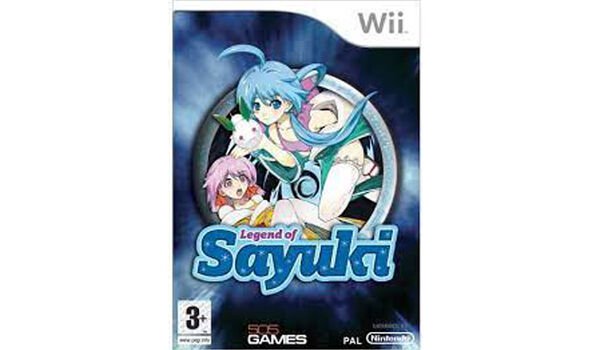 The Wii is a fascinating console, marking the point where Nintendo stopped producing a home console that could directly compete with its rivals.

The Wii – which these days is derided by some for its waggle controls – was such an inventive and ingenious piece of kit.

It’s big reveal at E3 where we saw the Wiimote in motion was magical, and its simple and easy to use concept helped unite generations of households around the world in gaming.

Who else had gaming nights with elderly family relatives playing Wii Sports and other easy to grasp games?

It’s a wonderful console which taps into what makes Nintendo so special and magical.

Unlike other Nintendo systems, you’re not gonna find games worth thousands of pounds.

But there is one game that can fetch a high price on the retro gaming market.

This game is Legend of Sayuki which was released in the UK – this title published by 505 Games is a scrolling shooter.

It was also released on the PS2, and if you have a copy of this game brand new you’ll be able to get almost £500 for it.

Whatever games you have in your collection, if you’re wondering whether it’s worth anything you can head to the PriceCharting website.

Simply search for the game in question and you’ll be able to see how much it’s worth and track its price over time.