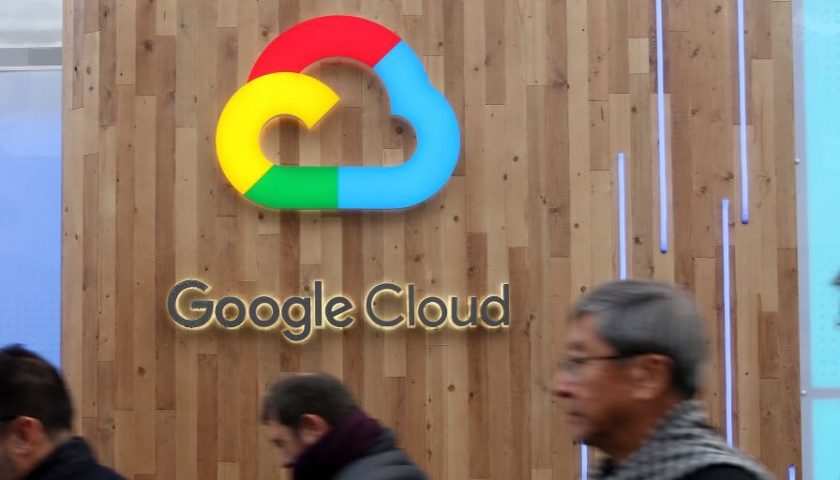 It also doesn’t help that GCP has long had the reputation that it is more aligned with developers and their needs than with enterprise and commercial projects. But Google now has a timely opportunity to open its customer aperture with new security offerings designed to fill many of those gaps.

Workspace now has 4.8 billion installations of 5,300 public applications across more than 3 billion users, making it an ideal platform to build and scale cybersecurity partnerships. Workspace also reflects the growing problem chief information security officers (CISOs) and CIOs have with protecting the exponentially increasing number of endpoints that dominate their virtual-first IT infrastructures.

With the latest series of cybersecurity strategies and product announcements, Google is attempting to sell CISOs on the idea of trusting Google for their complete security and public cloud tech stack. Unfortunately, that doesn’t reflect the reality of how many legacy systems CISOs have lifted and shifted to the cloud for many enterprises.

Missing from the many announcements were new approaches to dealing with just how chaotic, lethal, and uncontrolled breaches and ransomware attacks have become. But Google’s announcement of Work Safer, a program that combines Workspace with Google cybersecurity services and new integrations to CrowdStrike and Palo Alto Networks, is a step in the right direction.

The Google Cybersecurity Action Team claimed in a media advisory it will be “the world’s premier security advisory team with the singular mission of supporting the security and digital transformation of governments, critical infrastructure, enterprises, and small businesses.”  But let’s get real: This is a professional services organization designed to drive high-margin engagement in enterprise accounts. Unfortunately, small and mid-tier enterprises won’t be able to afford engagements with the Cybersecurity Action Team, which means they’ll have to rely on system integrators or their own IT staff.

Why every cloud needs to be a trusted cloud

CISOs and CIOs tell VentureBeat that it’s a cloud-native world now, and that includes closing the security gaps in hybrid cloud configurations. Most enterprise tech stacks grew through mergers, acquisitions, and a decade or more of cybersecurity tech-buying decisions. These are held together with custom integration code written and maintained by outside system integrators in many cases. New digital-first revenue streams are generated from applications running on these tech stacks. This adds to their complexity. In reality, every cloud now needs to be a trusted cloud.

Google’s series of announcements relating to integration and security monitoring and operations are needed, but they are not enough. Historically Google has lagged behind the market when it comes to security monitoring by prioritizing its own data loss prevention (DLP) APIs, given their proven scalability in large enterprises. To Google’s credit, it has created a technology partnership with Cybereason, which will use Google’s cloud security analytics platform Chronicle to improve its extended detection and response (XDR) service and will help security and IT teams identify and prevent attacks using threat hunting and incident response logic.

Google now appears to have the components it previously lacked to offer a much-improved selection of security solutions to its customers. Creating Work Safer by bundling the BeyondCorp Enterprise Platform, Workspace, the suite of Google cybersecurity products, and new integrations with CrowdStrike and Palo Alto Networks will resonate the most with CISOs and CIOs.

Without a doubt, many will want a price break on BeyondCorp maintenance fees at a minimum. While BeyondCorp is generally attractive to large enterprises, it’s not addressing the quickening pace of the arms race between bad actors and enterprises. Google also includes Recapture and Chrome Enterprise for desktop management, both needed by all organizations to scale website protection and browser-level security across all devices.

It’s all about protecting threat surfaces

Enterprises operating in a cloud-native world mostly need to protect threat points. Google announced a new client connector for its BeyondCorp Enterprise platform that can be configured to protect Google-native and also legacy applications — which are very important to older companies. The new connector also supports identity and context-aware access to non-web applications running in both Google Cloud and non-Google Cloud environments. BeyondCorp Enterprise will also have a policy troubleshooter that gives admins greater flexibility to diagnose access failures, triage events, and unblock users.

Throughout Google Cloud Next, cybersecurity executives spoke of embedding security into the DevOps process and creating zero trust supply chains to protect new executable code from being breached. Achieving that ambitious goal for the company’s overall cybersecurity strategy requires zero trust to be embedded in every phase of a build cycle through deployment.

Cloud Build is designed to support builds, tests, and deployments on Google’s serverless CI/CD platform. It’s SLSA Level -1 compliant, with scripted builds and support for available provenance. In addition, Google launched a new build integrity feature as Cloud Build that automatically generates a verifiable build manifest. The manifest includes a signed certificate describing the sources that went into the build, the hashes of artifacts used, and other parameters. In addition, binary authorization is now integrated with Cloud Build to ensure that only trusted images make it to production.

These new announcements will protect software supply chains for large-scale enterprises already running a Google-dominated tech stack. It’s going to be a challenge for mid-tier and smaller organizations to get these systems running on their IT budgets and resources, however.

Bottom line: Cybersecurity strategy needs to work for everybody

As Google’s cybersecurity strategy goes, so will the sales of the Google Cloud Platform. Convincing enterprise CISOs and CIOs to replace or extend their tech stack and make it Google-centric isn’t the answer. Recognizing how chaotic, diverse, and unpredictable the cybersecurity threatscape is today and building more apps, platforms, and adaptive tools that learn fast and thwart breaches.

Getting integration right is just part of the challenge. The far more challenging aspect is how to close the widening cybersecurity gaps all organizations face — not only large-scale enterprises — without requiring a Google-dominated tech stack to achieve it.