Google’s newly announced Stadia platform will let game developers and players share save points via the cloud. According to the presentation, so-called State Share is more than a save file. It’s a transferable, encoded representation of the given state of a game. It will change how key moments in games are referenced and shared between users.

On hand to make the announcement was Dylan Cuthbert, president and managing director of Q-Games, makers of the PixelJunk series and Nom Nom Galaxy.

Cuthbert explained that State Share will allow game developers to turn in-game waypoints into a kind of weblink. These strings of code are just as precise and transferable as a page on the internet. By clicking the link, players will be able to enter a game at a specific moment in time. The link will preserve the world state, the player inventory, and all of the other key factors required to pick up the action right where it left off. 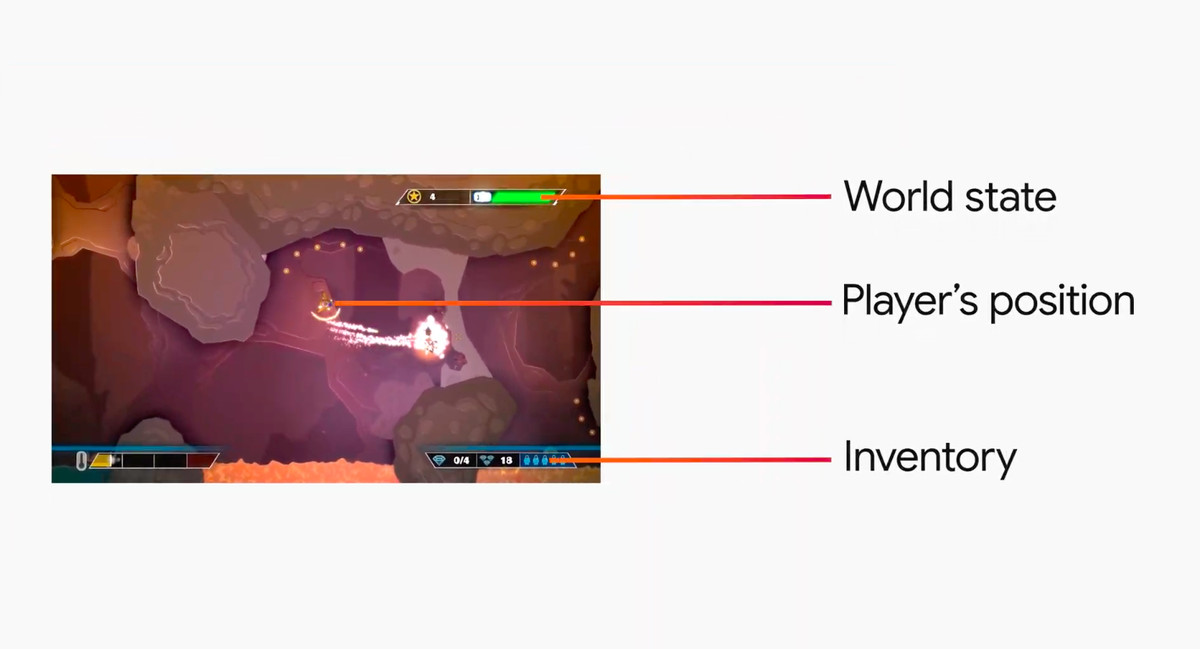 Key elements of gameplay, including position and inventory, are captured with State Share.
Google 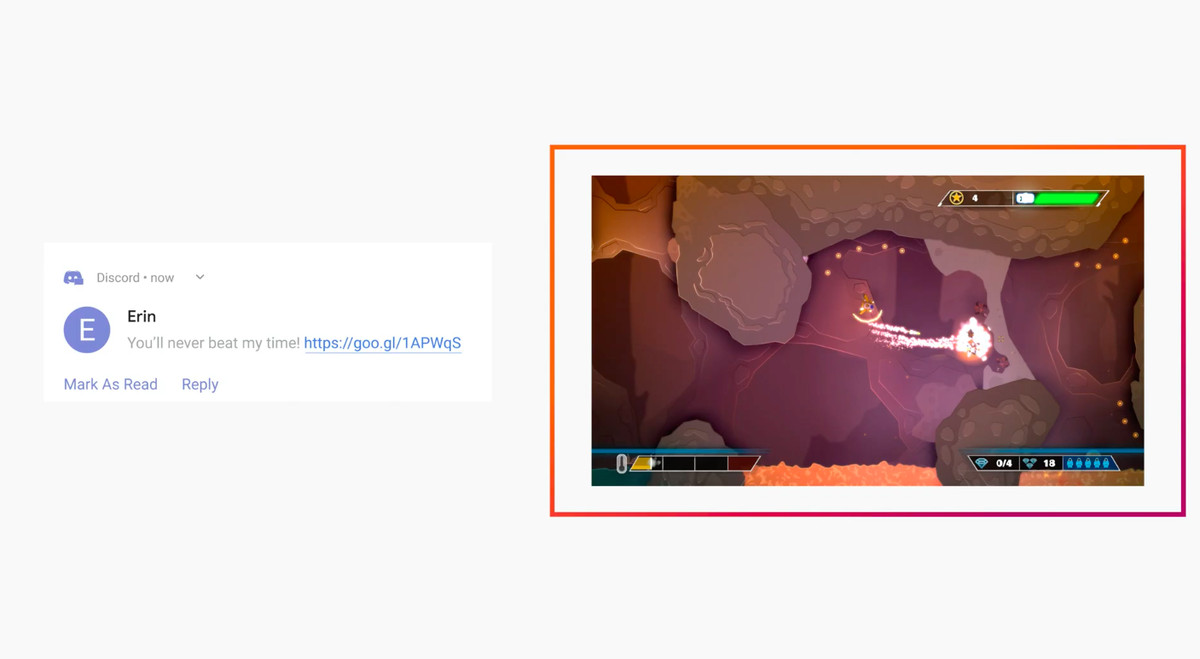 The use cases for State Share are numerous. For instance, YouTube personalities could create a State Share to allow their audiences to experience what they’ve just seen at home. State Share could even form the foundation of entirely new kinds of gameplay.

Cuthbert said that his team is actively working on a game that leverages the Stadia technology in an unusual way, but gave no further details.