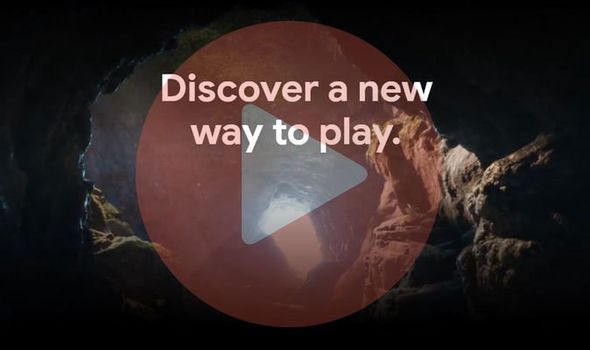 Today will see the unveiling of whatever Google has planned for its gaming division today.

Recent reports indicate that this will include a new streaming service that will allow gamers to play their favourite games without the need of top hardware.

This has been tested by Google in 2019 via the Chrome browser; however, fans are also expecting a hardware announcement too.

This will include a new controller and possible a new console to go with it, something like the Chromecast has been rumoured.

And what would any modern gaming system be without a subscription service? That’s another possible announcement being made today by the tech giant.

The good news is that tuning and watching the Google GDC streaming event will be an easy task.

The Google GDC Keynote begins at 5 pm today in the UK and will likely last longer than 30 minutes.

During this time, Google will be showing off their latest tech that will be taking on the likes of Nintendo, Xbox and PlayStation.

Partners like Ubisoft are and SEGA is expected to be showcased on the new Google game streaming service during the event.

To watch the Google GDC Keynote, fans just need to click on the YouTube embed above, as the search company will be streaming everything live.

The new Cloud Gaming service will be the main highlight of the event, as will whatever price point and release schedule Google has planned.

The games being released on the new service will also be very important and will probably contain a large back catalogue to choose from.

The key question will be if Google has any exclusive games to get fans excited during the big reveal.

There will also be questions over if games from the Google Play Store usually found on Android devices will be accessible.

Looking at how the Nvidia Shield has handled this setup, we would suspect that this will be a possible option.

Some analysts believe today event could shape the industry in the year’s to come, with Matthew Bailey, Senior Analyst at Ovum explaining: “Cloud gaming services will erode the appeal of traditional gaming consoles, leading us to believe that the next generation of game consoles will be the last.

“The key to cloud gaming’s success will its ability to harness connected devices – from smartphones to smart TVs – to deliver console-like gaming experiences without the need for consumers to invest in dedicated gaming hardware.

“According to Ovum’s forecasts, the global installed base of internet-connected smart TVs alone will outnumber that of home game consoles by four to one by 2022.”