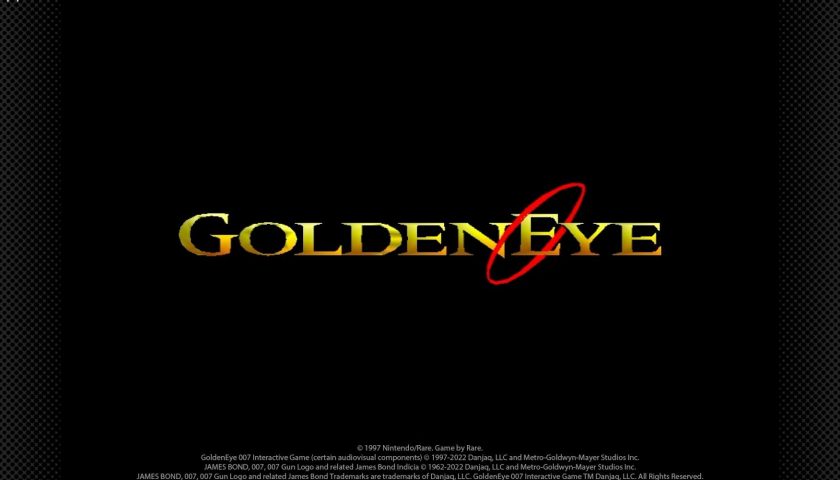 One of Nintendo's biggest announcements last year was the reveal that NSO was getting an Expansion Pack. A subscription service giving players a library of N64 and Genesis games to play. Various titles have been added over the course of the last 12 months, and it was revealed during today's Direct that GoldenEye 007 will be added to the N64 library soon. Right after that, it was revealed the game will also be playable in 4K through Xbox Game Pass.

Nintendo's segment revealing GoldenEye will finally be playable on present-day consoles came at the end of another flaunting various N64 titles that will be added to the NSO library through the end of 2022 and into 2023. That was followed by Nintendo hitting us with the iconic James Bond intro from the original game.

There have been rumors for months that someone, somewhere was working on an HD remaster of what is widely regarded as one of the best games of all time. Arguably a game that shares its DNA with almost every first-person shooter to have come since. Those rumors strongly suggested Xbox would be the platform getting GoldenEye, and clearly they were right. They just didn't mention the OG version of the game would also be coming to Switch.

Nintendo might have beaten Xbox to the punch by a few minutes, but the latter appears to have the better version of the game. Available to play in 4K through Game Pass, complete with achievements to unlock. The news comes on the 25th anniversary of the title which hasn't been officially playable on a newer platform since the N64. There were plans to bring it to the Xbox 360 years ago, and even though the port of that version has leaked since, it never officially saw the light of day.

As mentioned above, various other games coming to the N64 branch of the Expansion Pack were also revealed. A number of Mario Party games, as well as Pokemon Stadiums 1 and 2. As is the case with many of those titles, GoldenEye seems like a game that will be added to the service in 2023. A little bit of a wait, but nothing compared to the 25 years that have come before. No word yet on when GoldenEye will be coming to Game Pass either.