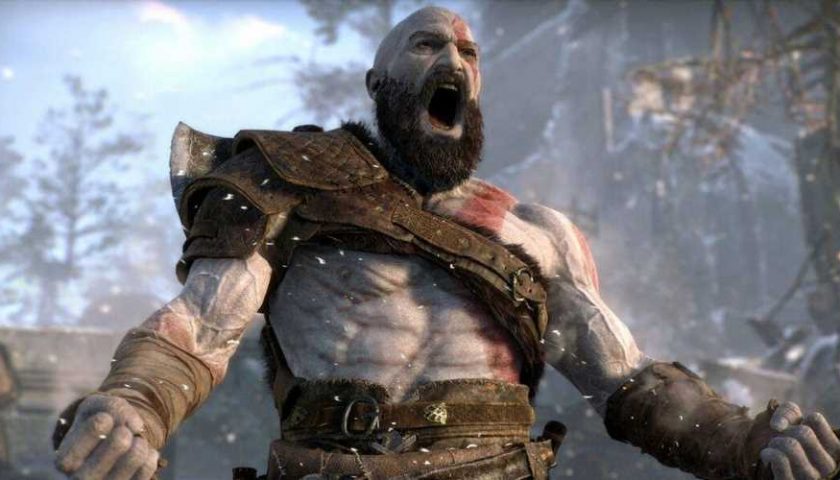 With the release of God of War: Ragnarok fast approaching, more details about the game have been slowly trickling in, giving us a clearer picture of the next adventure for Kratos and Atreus. We now have a new ESRB rating which has revealed even more details about Ragnarok, and it sounds like things with be just as gruesome, gorey, and explicit as the previous game.

According to the ESRB rating (thanks GamesRadar), Ragnarok will feature plenty of combat and Kratos will use a variety of weapons including his axe, some "chained blades" which clearly refer to the Blades of Chaos, and his good old-fashioned fists. These fights will apparently involve human-like enemies and "fantastical creatures" and will lead to "large blood-splatter effects and dismemberment." Pretty much what every God of War fan is used to by now.

The rating also warns that Kratos will be getting up close and personal with his enemies, using finishing moves that result in "close-up impalement via bladed and hand-held weapons." It also specifically mentions that at some point in Ragnarok, Kratos will perform "repeated axe strikes" to a creature's neck which results in decapitation. Helios would be proud.

The ESRB's final warning is regarding bad language and warns that "the words “f**k” and “sh*t” are heard in the game." While Kratos and Atreus would be well within their rights to shout out a few curse words here and there, they actually do well to hold to keep it PG-13 on their journey through the Nine Realms. If anything, this indicates that Brok is probably going to be heavily featured in the game once again, seeing as he's pretty much the only source of curse words in the first game.

As for what else we recently learned, it was reported that God of War: Ragnarok will apparently be around 40 hours long, with 4.5 of those hours allegedly dedicated to cutscenes. It's worth noting that the main story will apparently last around 20 hours, and that the 40 hour total is being tipped for how long the game will take should players complete all the optional content.