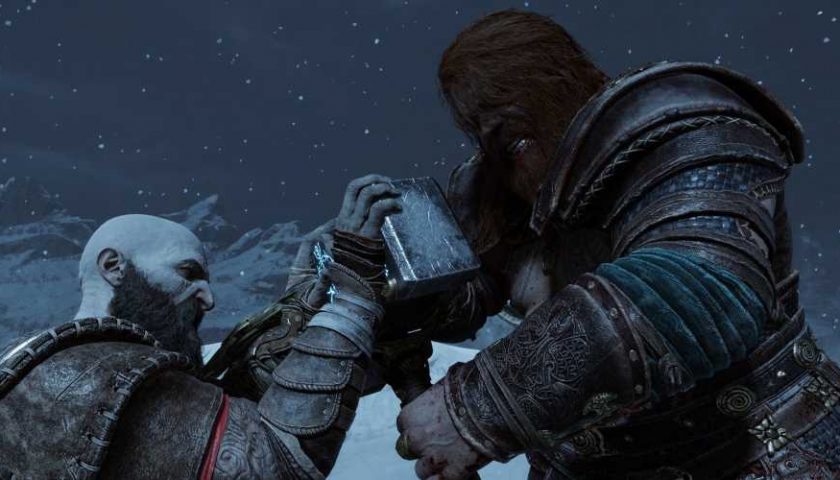 God of War Ragnarok has been a great success for Sony and its developer Santa Monica Studio. It has been selling well, surpassing 5.1 million units in its first week of release, making it the fastest-selling first party launch in PlayStation history. It also picked up a bunch of nods at this year's The Game Awards taking the gongs for Best Narrative, Best Performance (with a long-winded speech from Christopher Judge), and Best Action/Adventure game, among others.

Millions of players have been getting into this sequel to 2018's God of War then, and while not all may have completed the title, which contains a fair few story beats to say the least, not to mention a copius endgame, those wanting an extra challenge can look forward to a new harder difficulty in the new year as Santa Monica Studio has revealed a New Game Plus is coming to God of War Ragnarok in the spring.

Santa Monica Studio made the announcement on their official Twitter account, alongside a gif of Tyr in sunnies.

Beyond that, there are few details. But the news has already gone down a treat with the game's fans judging by the comments underneath the Tweet. One questioned if the wait will be worth it, but caveated their comment with the thought that the studio may have DLC or more content to coincide with the release of the new game mode. It could well be possible as other Sony first-party games have seen many additions when New Game Plus has been added, such as Horizon Zero Dawn for example. In that game players found many tweaks as well as additional weapon mods and outfits, among other new items.

So the New Game Plus could well be worth the wait. Some have already started speculating what new weapons, outfits, and items we could see come March 2023 (or maybe those are just wishlists).