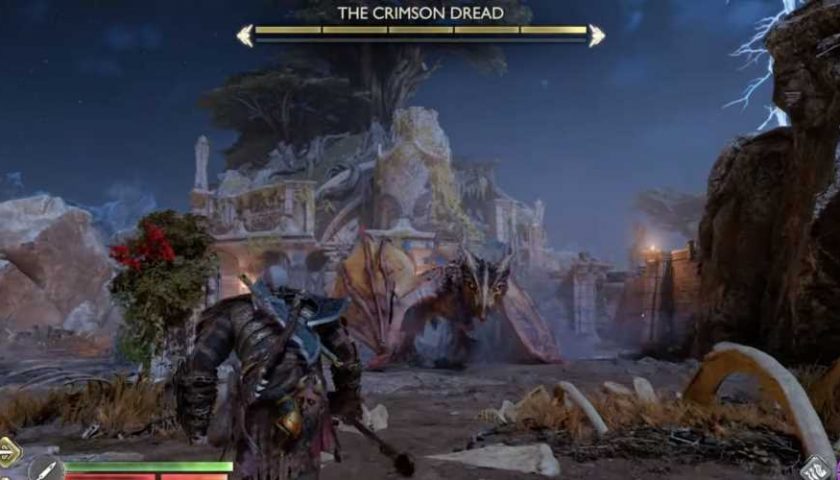 Secrets are a big part of God of War Ragnarok. Odin and his secrets pretty much set off the events of the entire game; the Realms themselves are littered with secrets for Kratos and Atreus to find; and eventually, a major plot point is kept secret even after you complete the game. Players are still stumbling upon little details and mentions that many may have not spotted during launch. The latest one has to do with those pesky dragons.

There are way more dragons – or wyverns – than there were in the previous game. However, all of them have almost the same attack patterns, making them predictable. One of the phases involves the dragon taking to the sky and periodically diving toward you to take a quick bite. Kratos needs to make full use of his throwing abilities in order to knock the dragon out of the sky, be it the Leviathan Axe or the Draupnir Spear. It's not very difficult once you get the hang of it.

However, it seems there's an easier way to do this, involving Kratos' Rage abilities. As you may know, you can use a ranged attack during Rage mode, involving Kratos pulling out a massive rock from the ground and flinging it at enemies. In a Reddit post by Takenforganite (thanks, GameRant), we can see this ability being used to knock The Crimson Dread out of the sky. It's unclear how much damage the attack itself does, as the dragon was down to the last bits of one of its health bar sections, but it's undoubtedly faster than boomeranging your axe around or turning the dragon into a pincushion with the spear.

The added bonus of the technique is also that you can quickly start draining its health once it hits the ground, as you're already in Rage mode. Dragons are hardly the toughest boss fights in God of War Ragnarok, but this should speed up the fights for sure.

Speaking of secrets, eagle-eyed players spotted a rare slip-up by Odin, one that was right in front of our eyes and would have exposed his plans.