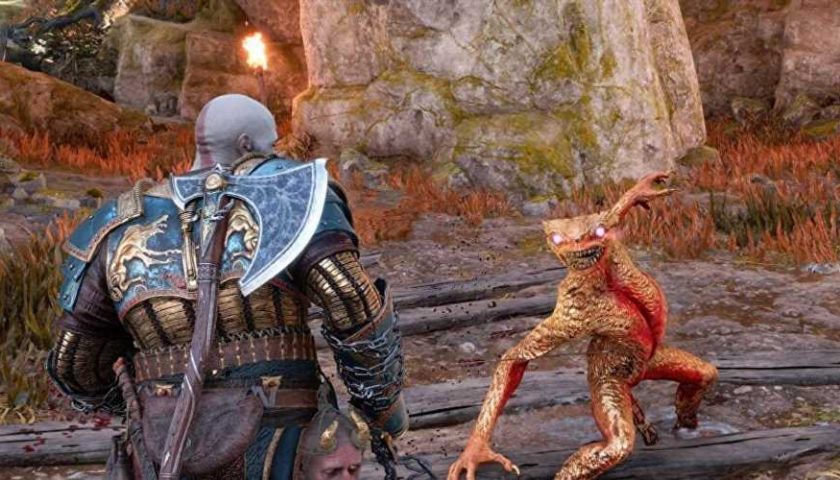 God of War Ragnarok has some incredibly challenging bosses, some of which are sprung on you pretty unexpectedly. Ormstunga is one of those unexpected bosses. If you have been struggling to move through the cave in which the little monster resides, you might want to check out the video below.

MrWosabi is the player responsible for sharing this handy tip for taking down Ormstunga (thanks, GamesRadar). After taking one last blow from the beast, Kratos knocks it on its face, stunlocking the beastie. Once you've got the monster down, use Draupnir's Spear to keep it there, repeatedly impaling Ormstunga.

Yes, as you can see, it'll take a while, and Freya will probably stand there and watch for most of the battle rather than chip in and help. Probably because the previous 20 failed attempts to beat Ormstunga largely involved you attacking the miniboss from a distance and leaving the former Mrs. Odin to take the brunt of the punishment, or is that just me?

Once you get Ormstunga down to its very last bar, the needlessly tough battle will quickly come to an end. You will then be free to move on through the cave, wondering why on Earth the great minds at Santa Monica decided to make a mini-boss residing in a random cave one of the hardest foes to fell in the entire game. Also, if you're wondering whether Ormstunga will stay down in your own personal Ragnarok, the above was achieved on Give Me God Of War, the game's highest difficulty.

Ormstunga isn't the only boss players have been struggling against and sharing their experiences. Gna, Odin's Valkyrie Queen, might well have the honor of being the hardest boss to beat in the entire sequel. If you want to feel bad about how long it took you to beat her, if you ever managed to actually do it, a streamer has shared how they felled the Queen in just 26 seconds and then posted a follow-up video in which they completed the battle in half that time.