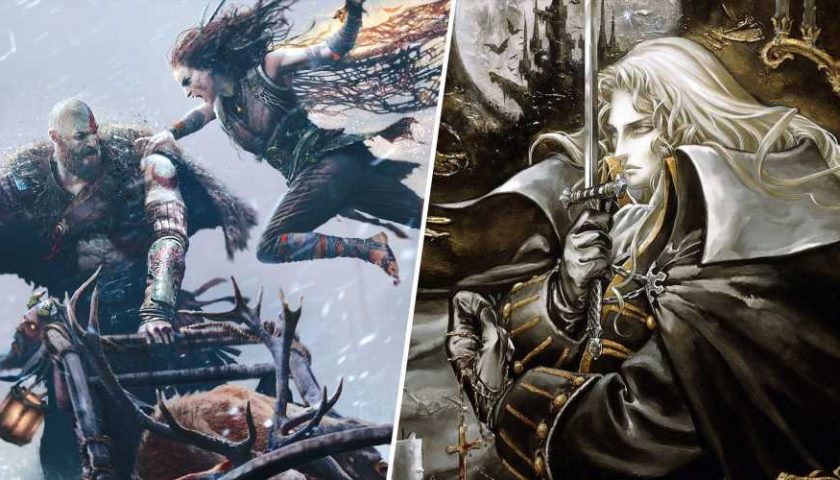 God of War Ragnarok is finally out as players trek through the Nine Realms with Kratos and Atreus one last time, but director Eric Williams is already looking forward to his next project. Whether that be another God of War game or not is down to Williams himself, but he did recently state that he'd "love to make" a new Castlevania game should the opportunity arise.

Williams dropped this bombshell while speaking during a God of War Ragnarok spoilercast for Kinda Funny (thanks VGC), in which he calls on the show's audience to "make it happen." Granted he probably wasn't all that serious, and he may have put his foot in it a little as he mentions shortly after saying this that he "just got into so much trouble," but it's far too tempting to think about what a Castlevania game would look like with Williams at the helm.

"You guys can make it happen, because you have the audience of the world here," says Williams. "I don’t know what I’m doing next, but if somebody gives me that Castlevania license, we would love to make that."

While Sony Santa Monica developing a Castlevania game is pretty unlikely, it's not impossible. Konami has already stated that its looking to outsource some of the more iconic licenses under its belt to other studios, and Castlevania is about as iconic as iconic gets. We also saw the publisher recently announce several new Silent Hill titles – such as the Silent Hill 2 Remake and Silent Hill: f – so there's always the chance that Castlevania could make a comeback in a big way. Whether or not Williams will be at the helm is yet to be seen.

Alongside this Castlevania news, Williams also pretty much ruled out the possibility of God of War Ragnarok getting any DLC. For fans that have already finsihed the game, you'll know that there are several ways in which the story could continue in some capacity, but Williams has told fans not to count on getting any DLC.