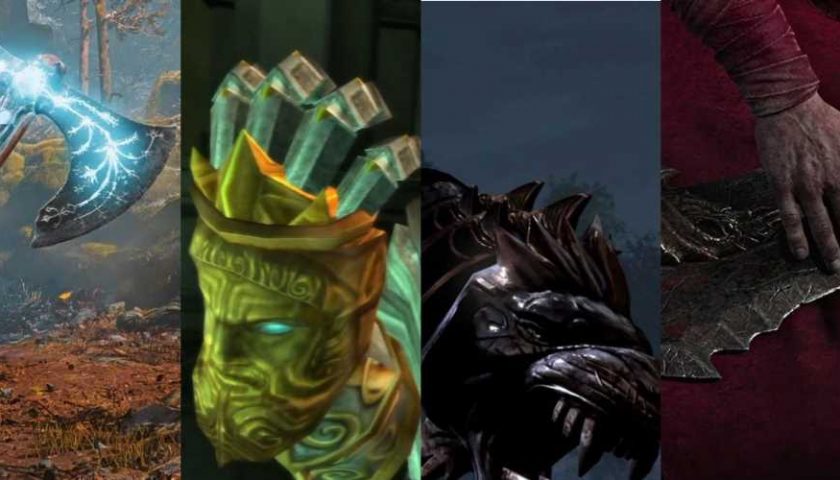 Throughout the vast series that is God of War, we've had many weapons in our arsenal. While some can, unfortunately, be quite forgettable, most weapons offered some situational uses that made them intriguing, and some of them became notorious and iconic, becoming trademarks of the series itself. From the nine realms to the depths of Hades, there are beautiful weapons that Kratos has either created or stolen in his path.

It is time to take a look down memory lane and rejoice ourselves with all the said weapons and evaluate them on how useful they actually were throughout the many combats we've had against all sorts of creatures and Gods.

Honorable Mention: The Disposable Weapons From God Of War Ascension 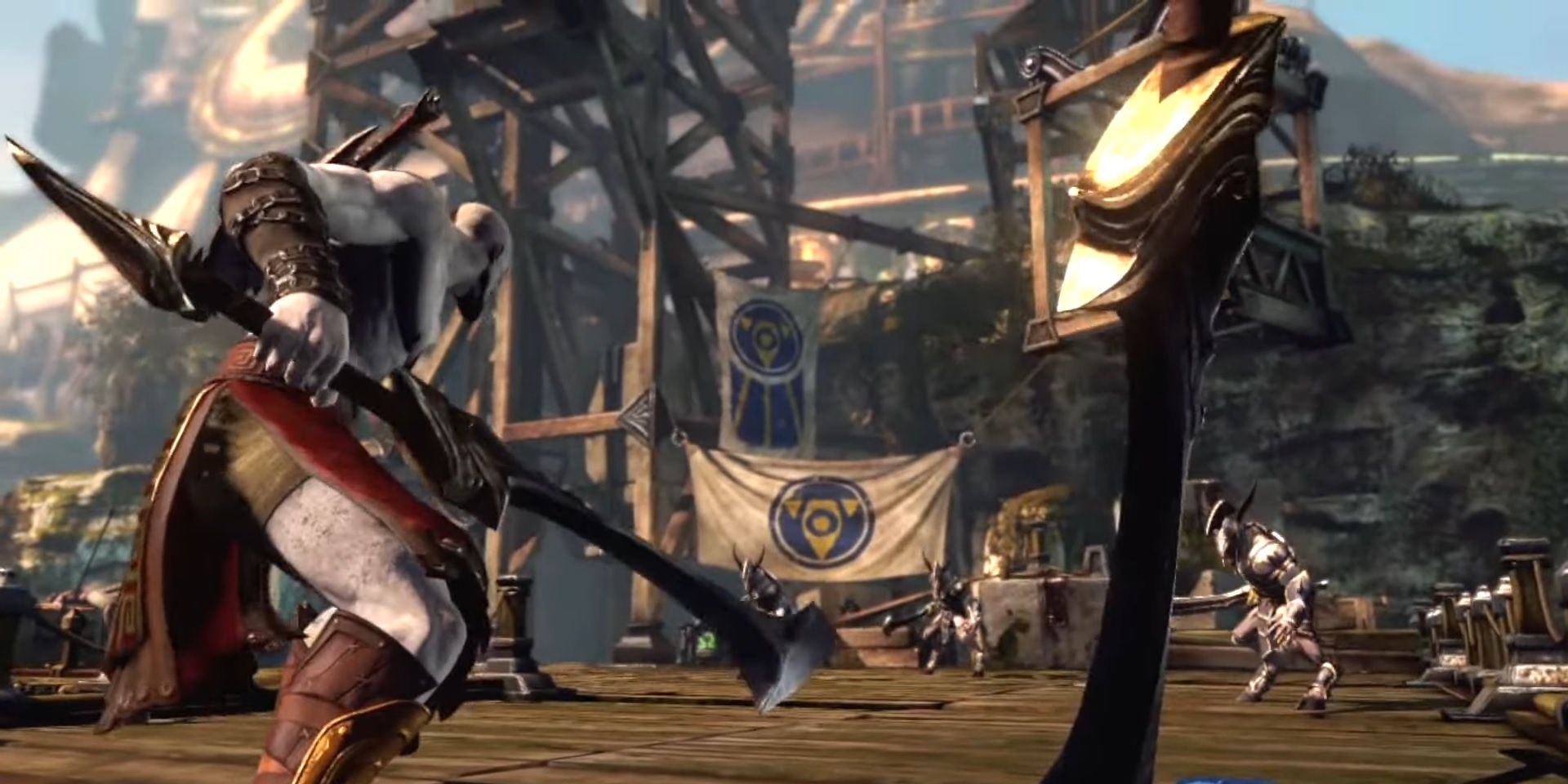 Due to being a prequel, this game only offers one main weapon, so it won't break continuity: The Blades of Chaos (which we'll get into much later). Still, to offer variety, there are many regular weapons you can find and store temporarily until you decide to use a special attack that discards the weapon. Then another one can be picked up, so you can repeat such a process. These weapons are a shield, a sword, a sling, a spear, and a club. All that said, they don't offer that much use, so it wouldn't be surprising if most players just used the Blades most of the time. 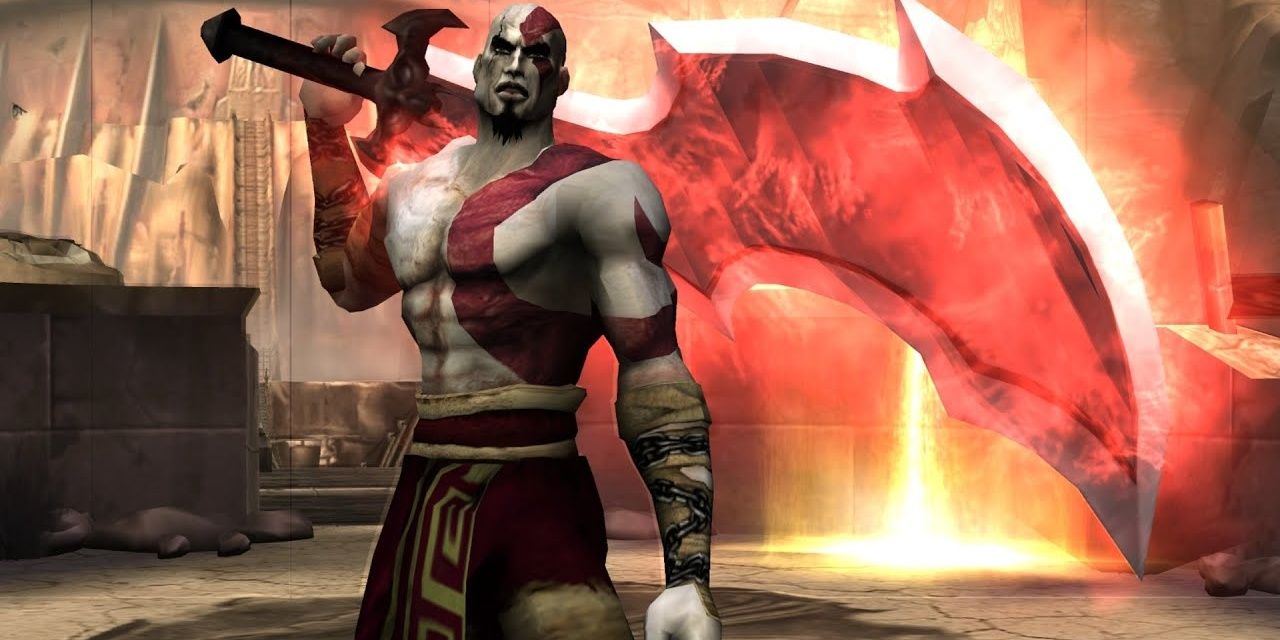 If you've forgotten about this one, we won't blame you. Introduced in the first game of the series, the Blade of Artemis offered a bigger punch compared to the main weapon, at the cost of a shorter range with its attacks. Still, it didn't offer such a variety of attacks and combos, making it not as interesting as the other weapons featured here. It's the kind of new weapon that you use a few fights after getting it, only to give up on it and go back to the main weapon of the game. 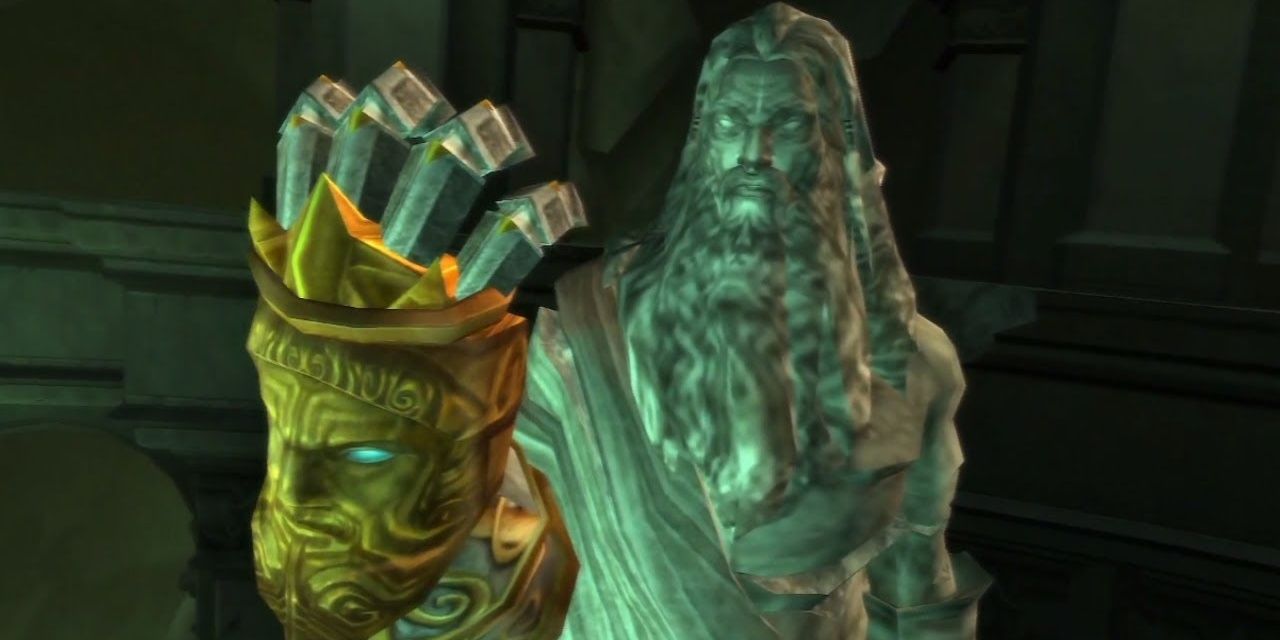 The premise here is similar to the previous entry, but it does a better job. Featured in Chains of Olympus, you once again have a slower weapon with a shorter range that is also stronger. It even featured charged attacks and shockwave attacks, offering you some risk and reward aspects where you can make yourself vulnerable to hurt your enemies even more than usual. 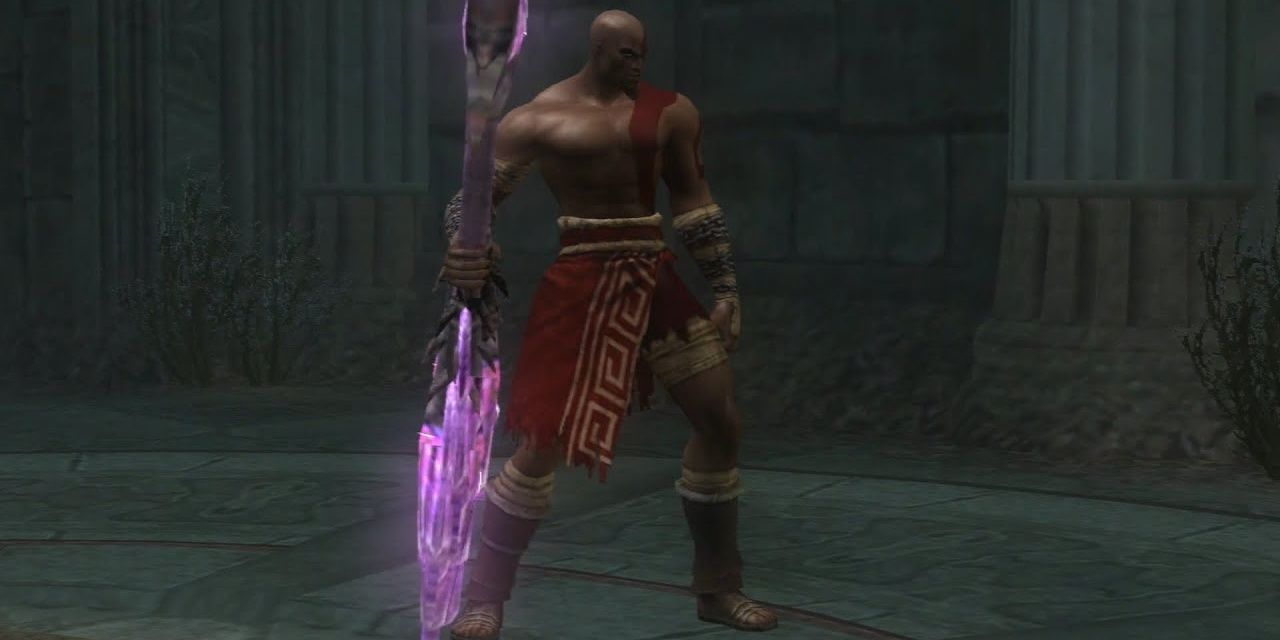 Kratos has a good history with spears, as you'll see here. A powerful and quick weapon, that can elongate itself for extra reach. Not to mention the series of energy blasts you can perform to add more to said reach. It even allows you to make energy "bombs" that can explode later for extra damage. Not as painful as most weapons here, but the speed makes up for it. 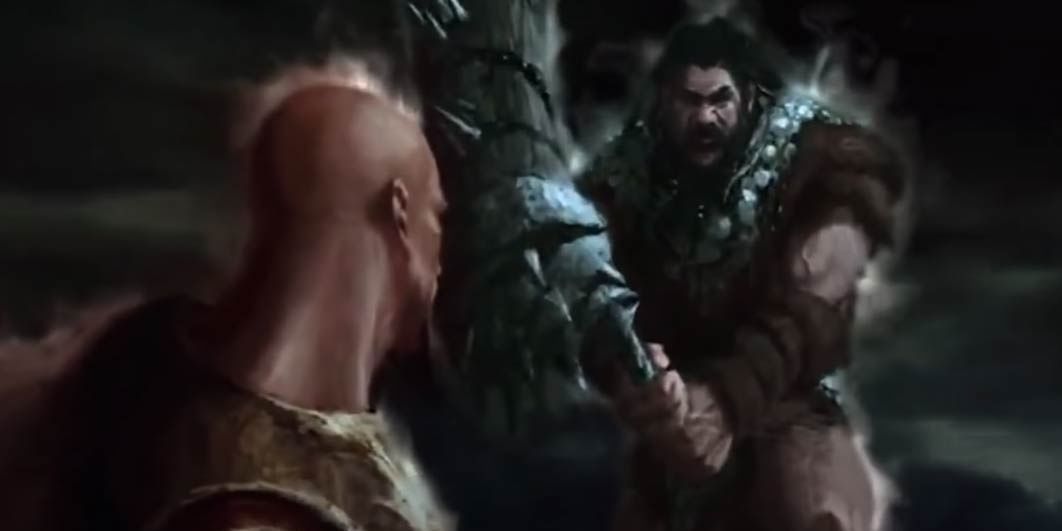 One more heavy weapon to the list, and a far more enticing one at that. Its range isn't as weak, especially considering the high number of rotating attacks, and you have a series of shockwave attacks that allow you to hit enemies from afar. And as a bonus, you can send out souls that will attack nearby enemies by themselves, dealing some extra damage. 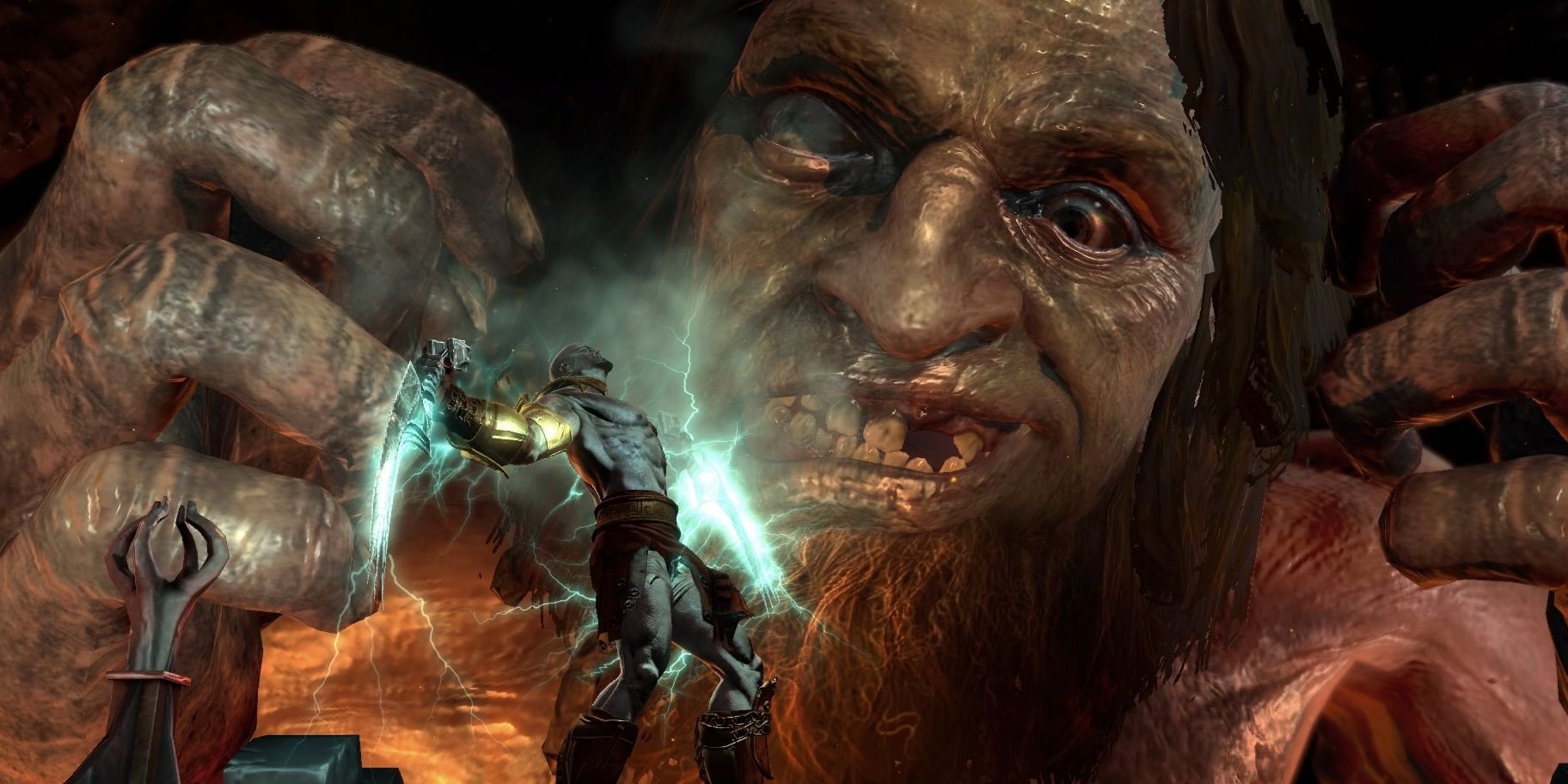 God of War 3 decided to include chains in all of its main weapons. While that makes them not as varied, it does make them easier to adapt to. That said, Nemesis Whip offers a good option for crowd control. Its weak and fast attacks have electricity in them, allowing you to hit enemies near your target (as well as your target, obviously), It's also a fun option to get high numbers with your combos. 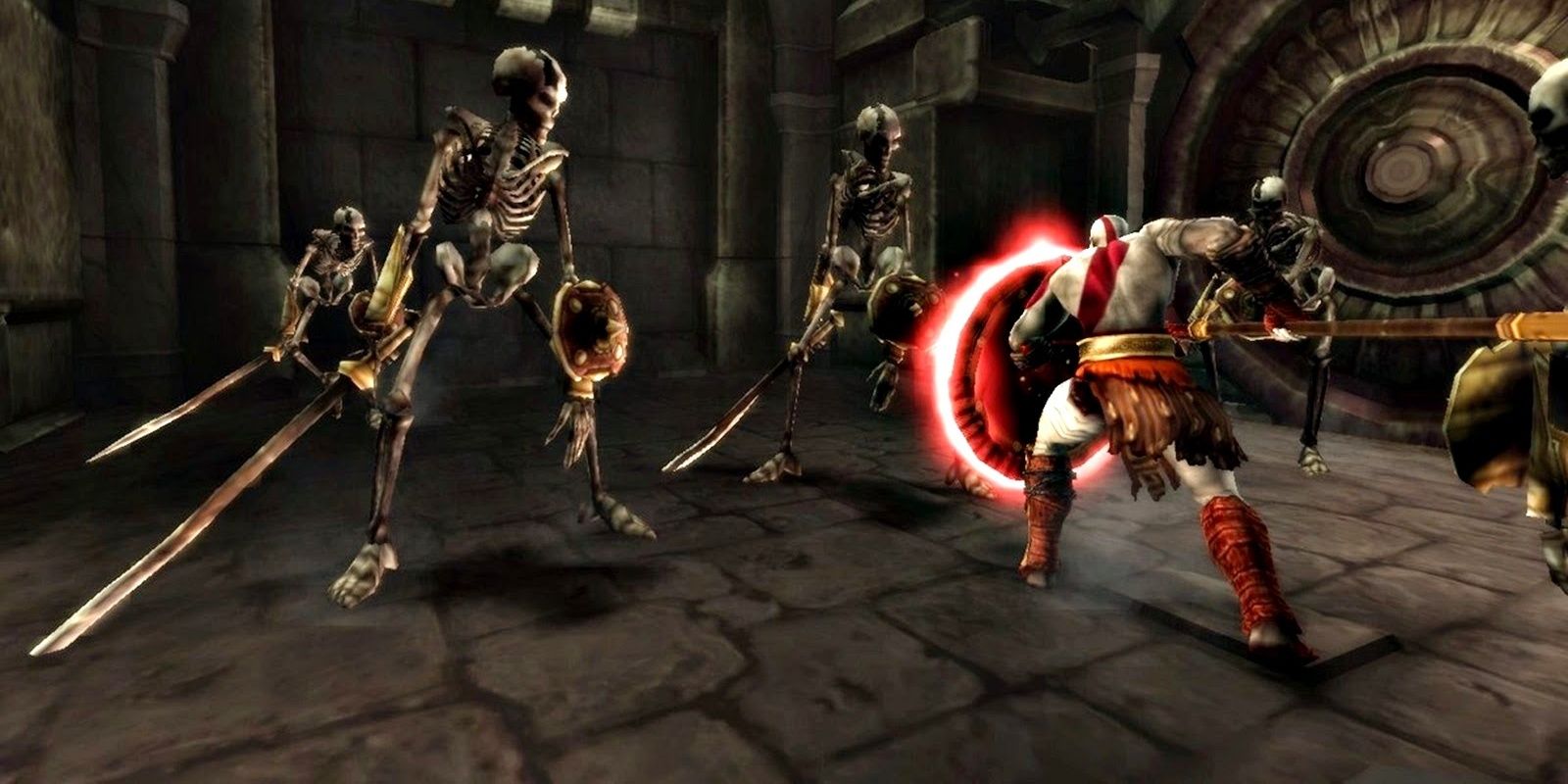 A powerful spear, and one that comes with a free shield, and it proves itself to be a better spear compared to the previous one. Its attacks even remind us of the new weapon from Ragnarok, showing that Kratos has always had good moves with a spear.

This one also gives you powerful speed and range, with the spear being throwable, but the shield allows you to move while defending yourself and even charge toward enemies, something the regular block action doesn't allow you to do. 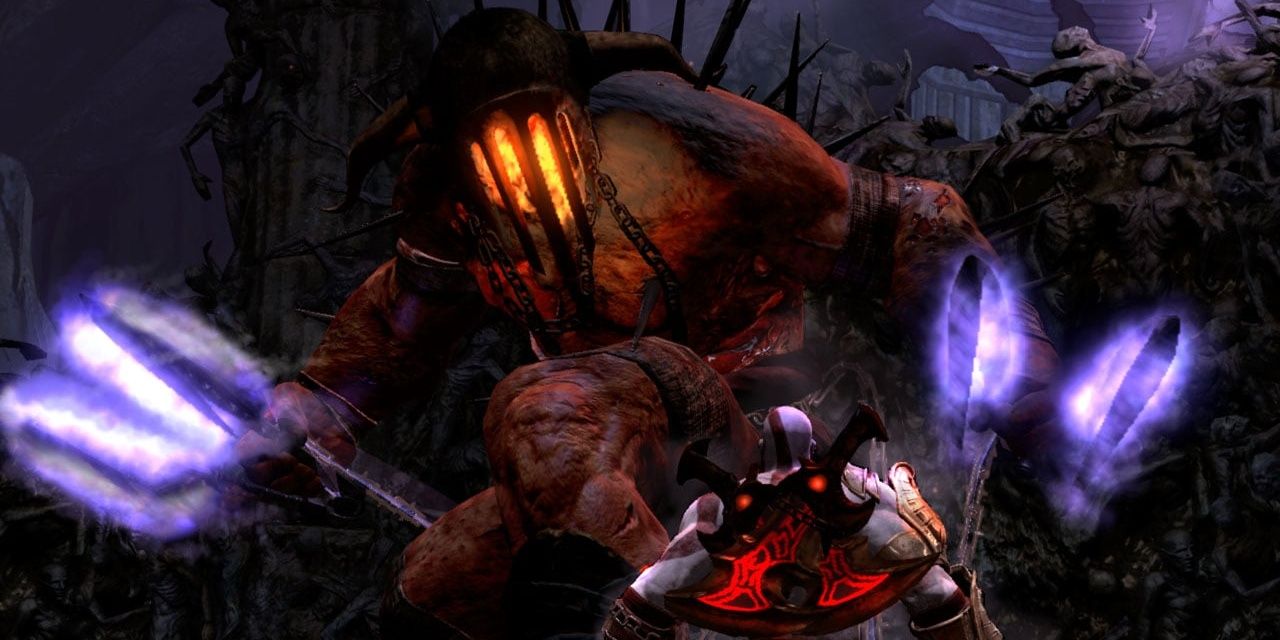 A slower option among the chained weapons from God of War 3, the Claws are still fast enough to be deadly. Its attacks cause quite the impact on your enemies, and you have the power to summon ghosts to execute quick attacks before disappearing. These ghosts are based on the enemies you face throughout the game, giving you the sweet pleasure of hitting enemies with their own attacks. Not to mention the smaller ghosts you can create with your long-distance grapple attack. 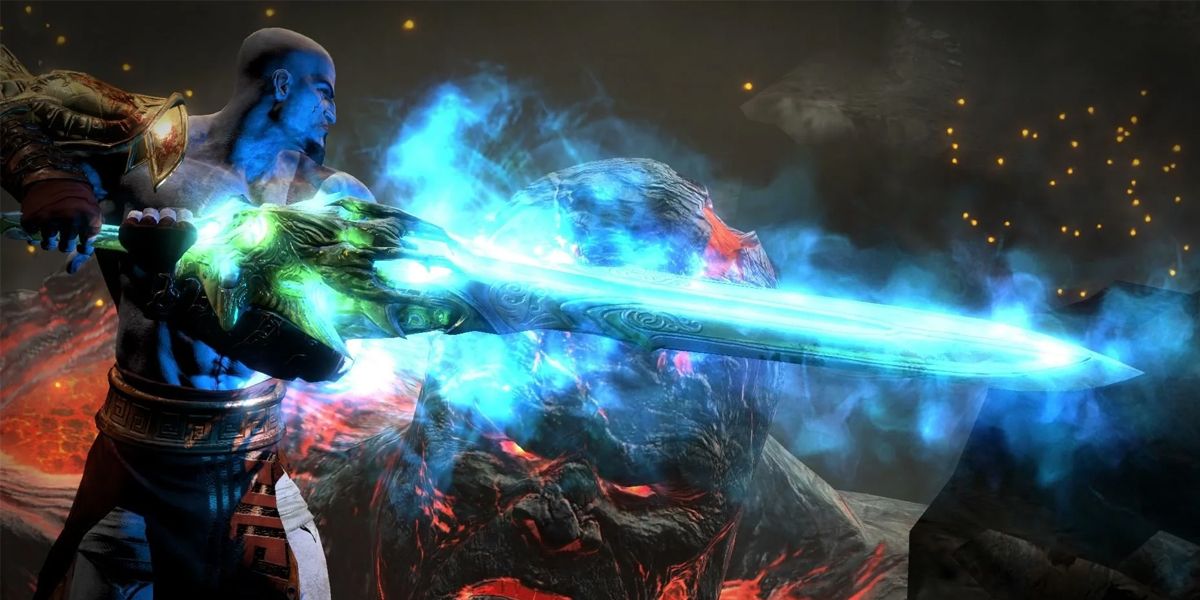 In terms of the canon, this might be the most powerful weapon in the series, and the gameplay does justice to it. In fact, you can only use this weapon at the beginning and the ending of God of War 2, unless you're playing the new game plus.

Only during the new game plus can you upgrade the weapon as well, which starts shooting a powerful energy blast forward with each attack you make, turning the weapon deadly at any range. Sadly, the Blade of Olympus got downgraded as Kratos' rage attack in God of War 3, so it wouldn't break the game with its overpowered strikes, which is the reason this weapon isn't higher on the list. 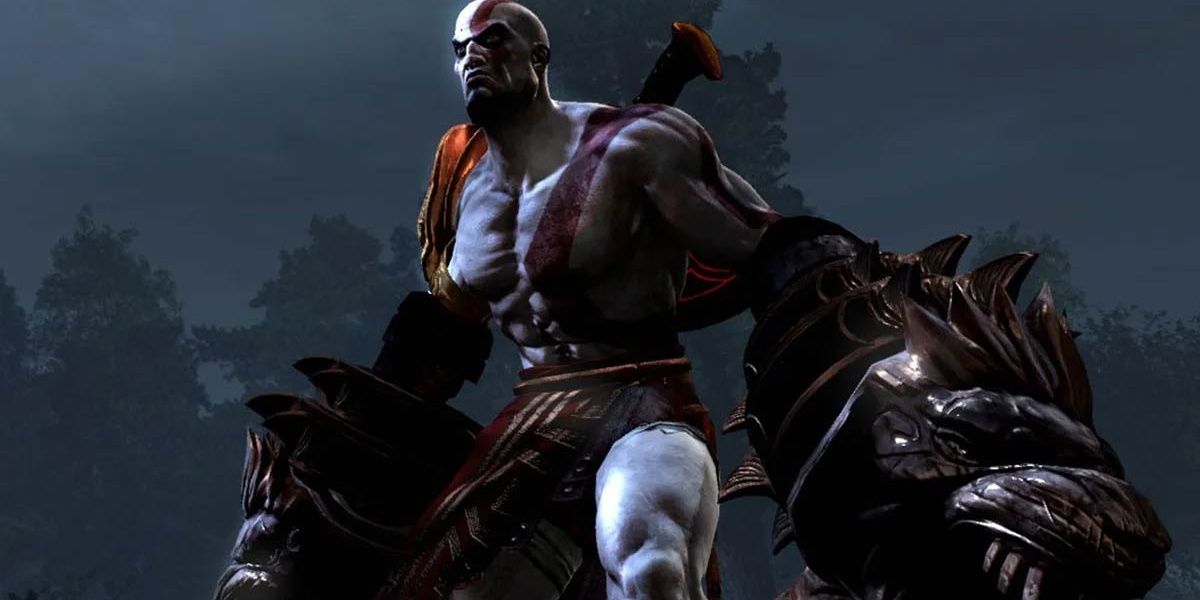 Practice makes perfect. After many attempts with other secondary weapons, the Nemean Cestus got the perfect balance between strength and speed. It's heavy, and it's fast. Its range is essentially nonexistent at first since they are gauntlets, but some of its attacks feature chains, giving them an extensive reach, and they can also make powerful shock waves similar to the Barbarian Hammer. These shock waves are also more versatile, allowing you to hit enemies in front of you or around you, depending on the situation. 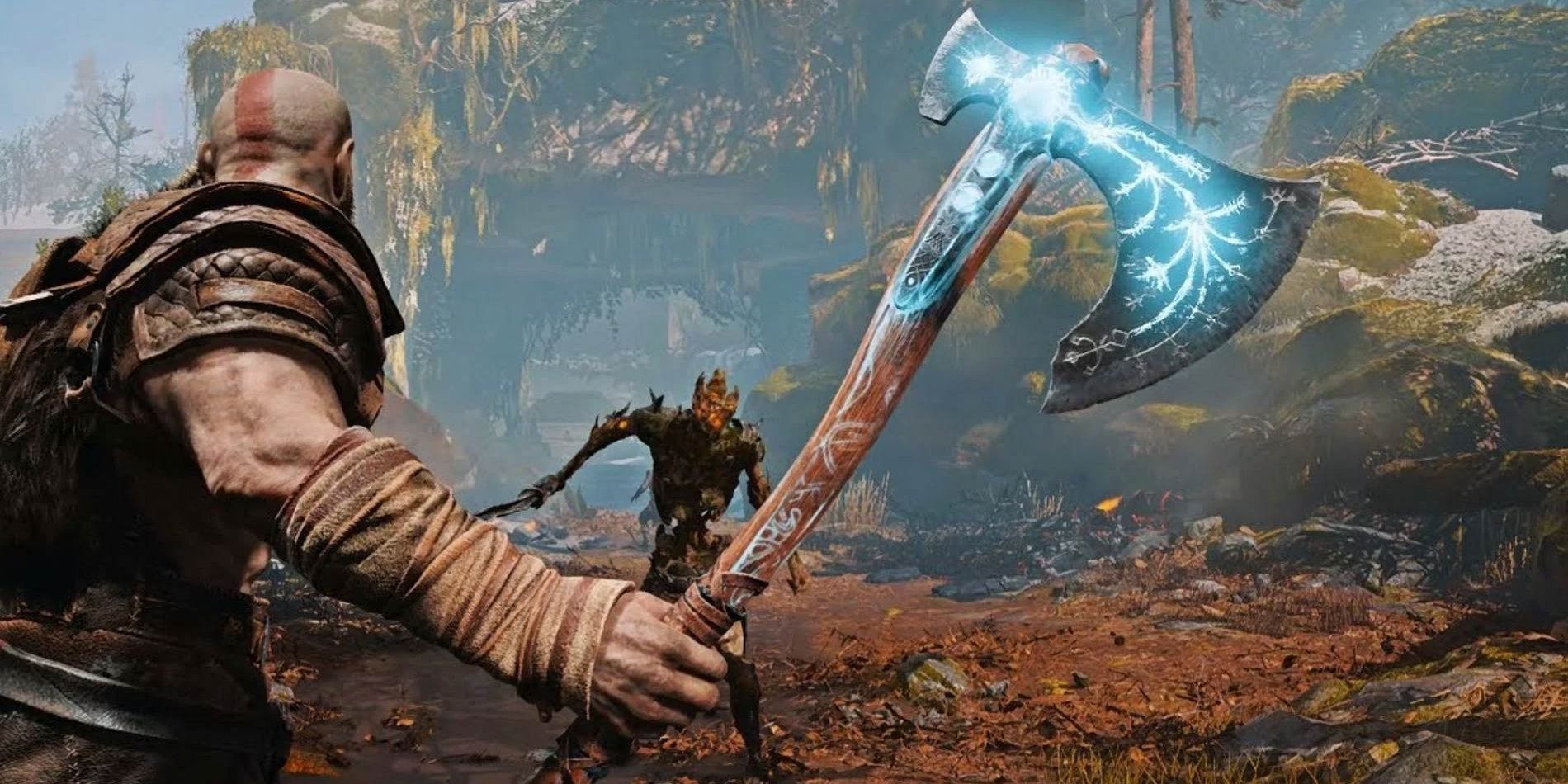 This axe had a difficult task ahead of it. It had to replace one of the most iconic weapons in gaming and become the main weapon of the God of War series. Despite the severity of such an endeavor, the task was successful. The Leviathan Axe offers amazing combos and runic abilities, being a strong weapon all around. Not to mention the ability to throw the axe and recall it when needed. A better Mjölnir than Mjölnir, if you ask Kratos. 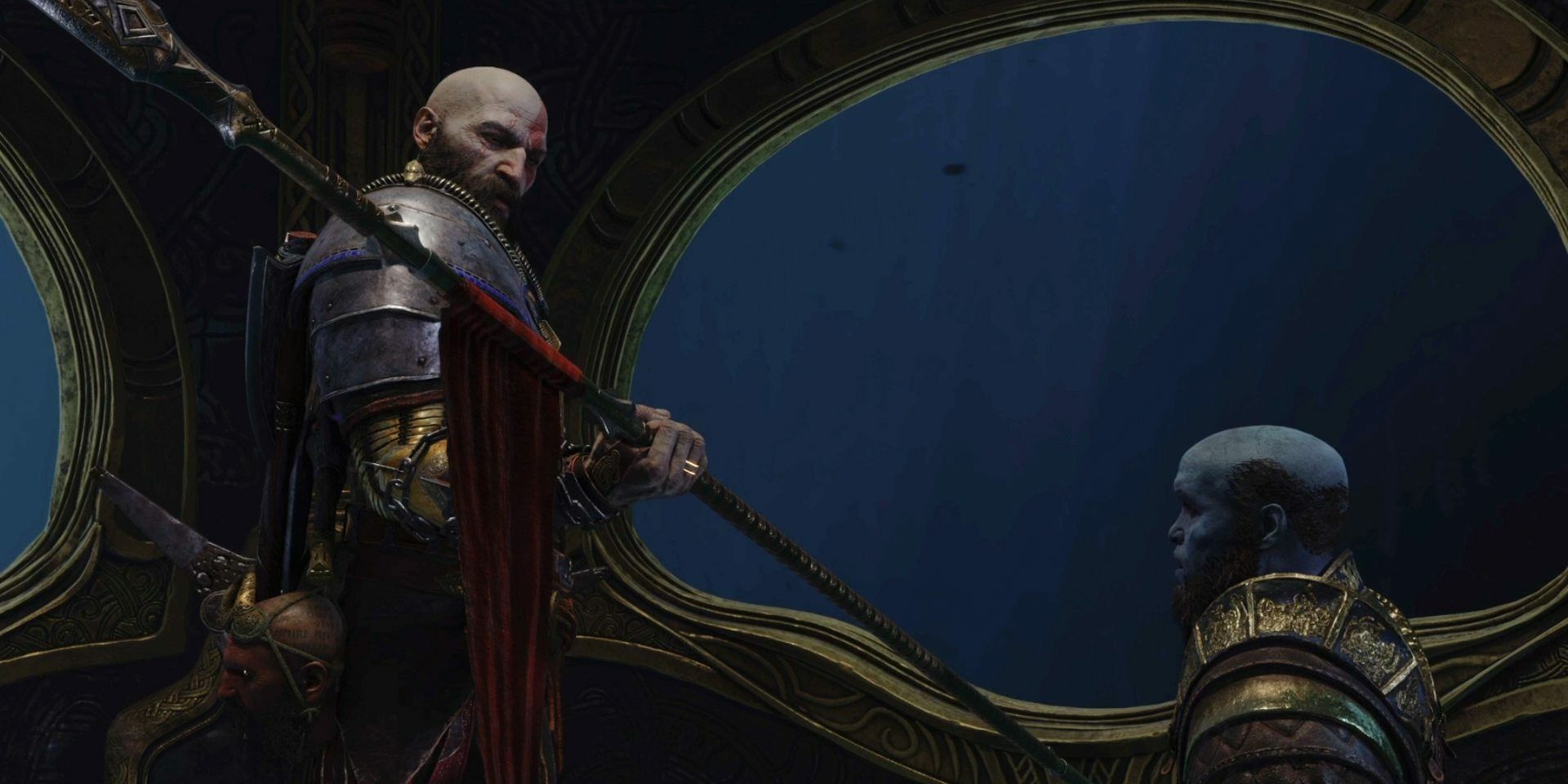 After so many spears throughout the series, we've reached the Magnum Opus of spears. Similar to the Arms of Sparta in many ways (shield not included this time), you still have good range and mobility, and the ability to throw it, where the thrown spear turns into an explosive you can detonate whenever you feel like. It's an easy weapon to fight at melee and ranged, and control any distance with ease, being a good fit for God of War's new gameplay in the Norse Saga. 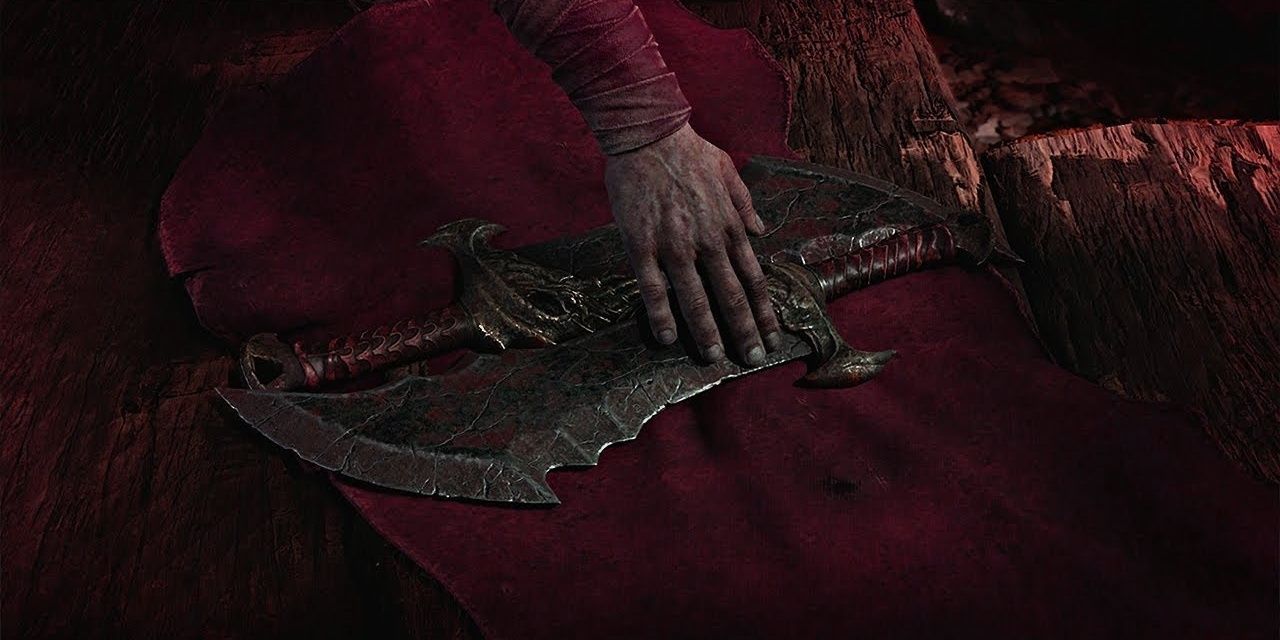 Despite all new additions and the fact Kratos isn't fond of these blades, they still hold the number one spot. The Blades of Chaos, of Athena, of Exile, or whatever name the game wants to give them, are the signature weapon of the series for a reason. It gives us powerful combos that can easily hit multiple people at once, and it even helps with grappling from afar and maneuverability across the maps.

And despite the gameplay being completely changed in the Norse Saga, the Blades adapted themselves with ease, showing that they're good weapons for any challenge that may arise (and that the developers know what they're doing). The truth is, Kratos wouldn't have gone as far as he did without them.