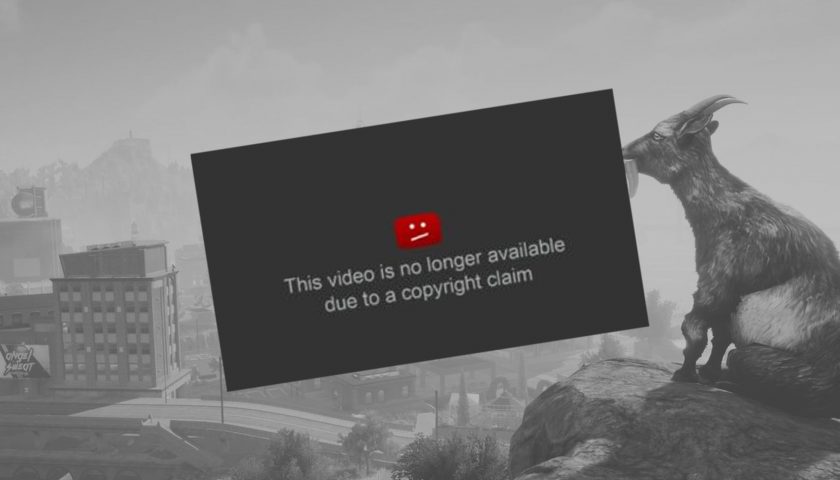 It's the holiday season, the perfect time for developers to remind potential consumers their games exist, especially if they need a sales boost. The team behind the Goat Simulator trilogy gave that a go this week, launching a new ad for the latest installment in the series. Unfortunately, that ad has already been scrubbed from existence thanks to a takedown notice.

The takedown notice that resulted in the new Goat Simulator 3 ad disappearing was issued by Take-Two Interactive (via GamesRadar). Focusing on the life and times of a harmless NPC named Shaun, there was a portion of the ad where Shaun finds himself with the leaked footage from GTA 6 as his backdrop.

While the ad wasn't up long enough for us and many others to get a good look at, apparently it was pretty amusing, particularly the moment when Shaun gets dropped into GTA 6. However, it was always going to be a very short amount of time between the ad going up and Take-Two making sure it was taken right back down again.

It seems likely Goat Simulator studio Coffee Stain North would have been well aware of the risks. While the ad amused the few who managed to see it before Take-Two swooped in, the ripple effect after its takedown must have been something that crossed the minds of those in charge at the studio that created it. Now the only question that remains is whether the spike in attention Goat Simulator 3 will get in the coming days was worth annoying one of the biggest video game studios in the world.

Goat Simulator 3 launched last month and Coffee Stain will be hoping anyone who hasn't picked up a copy already will be tempted to do so after the above publicity stunt. You may run into issues if you want to play the game on PC using a controller, though. Coffee Stain reached out to TheGamer to clarify the game has issues with supporting PS5 controllers on PC at present, but a fix is being worked on.