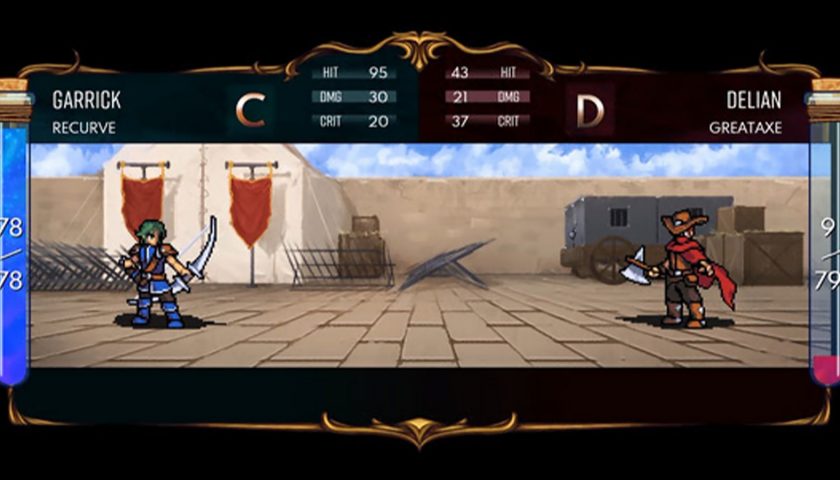 Dark Deity is a brand new turn-based tactical RPG from the developers of Sword and Axe that was just announced at E3. It is available on Steam to purchase and play right now, but be sure to keep an eye on our Twitter as we’re doing a free giveaway of five codes.

It features 30 voiced characters, even managing to recruit the talented Kira Buckland who is known for her work as 2B in NieR: Automata and Izumo Kamiki in Blue Exorcist. She also voiced Kuon Ichinose in Persona 5 Strikers.

Dark Deity also sports 54 customizable classes. Meanwhile, there are 320 weapons and spells, as well as 450 ‘bond conversations’ that let you interact with your units to develop those flourishing relationships. However, all of this progress can be lost with Grave Wounds, a system that sees defeats in battle damaging characters, lowering their combat capabilities, leaving them permanently unusable should they sustain too many injuries. What this means is that there is a retro-style death mechanic, so you’ll have to be cautious in your approach.

Dark Deity comes from a small team that was formed in 2018 by Dylan Takeyama and Chip Moore. The two “set out to make the game that they both wished they could play” which has cultivated at long last in Dark Deity’s release.

The game sports 28 chapters where, along the way, you can upgrade your weapons and spells, garnering Eternal Aspects to boot. These are “physical manifestations of divine power” that can be equipped to units in order to change their capabilities.

If all of this has enticed you at all, then the game is now available to buy on Steam, but as said in the introduction, we are giving away five copies for free on our Twitter. So, head over there and keep an eye out if this new indie gem has piqued your interest. Who can say no to a free game?