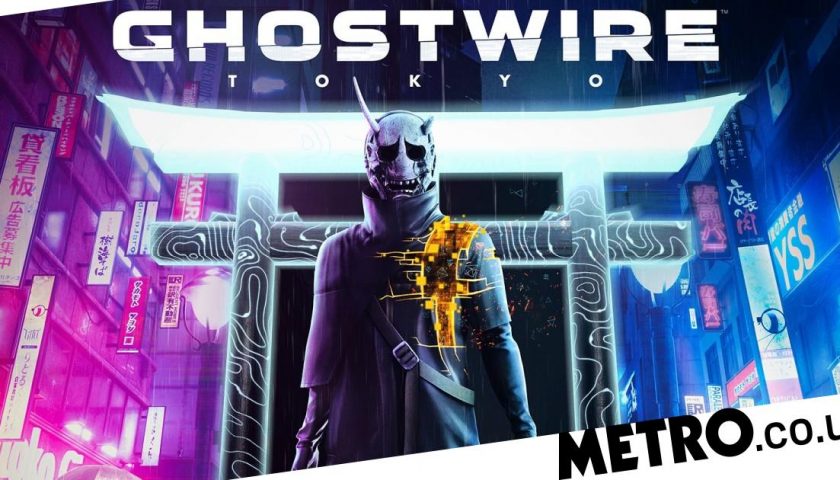 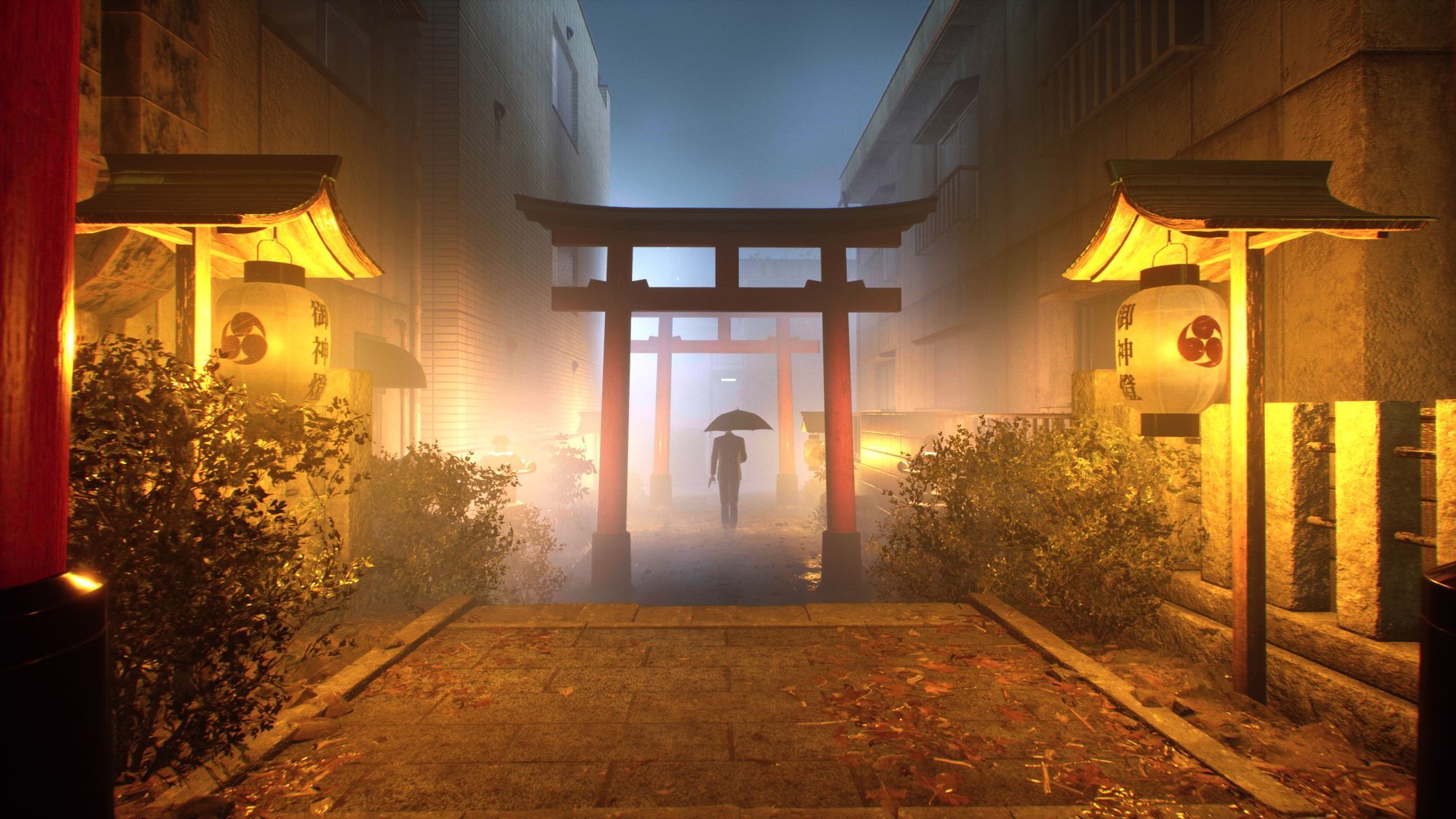 GameCentral gets to play the opening two chapters of the new first person adventure from the creators of The Evil Within.

In our first preview of Ghostwire: Tokyo we admitted that there wasn’t really much useful we could say about it, since we didn’t get to play it or speak to the developer. It looked interesting, with a unique mix of Japanese mythology and first person shooter elements, but it was hard to discern the tone from just watching a video, since there are horror elements but it didn’t seem to be trying to be scary.

We’ve now had the chance to play the first two chapters of the game – around five hours of gameplay – and we can confirm that, unless there’s some significant changes later in the game, this definitely isn’t a survival horror. To be fair, it’s not advertised as such but when your game is all about ghosts and yōkai that’s going to be the inevitable first assumption.

Despite having played so much of the game we’re still a little unclear on the plot and motivations, but it starts off with a very Shin Megami Tensei style supernatural apocalypse, where everyone in Tokyo is suddenly vaporised, Rapture style, and only their clothes, and mobile phones filled with tragic last messages, are left behind.

The culprit is a so-far nameless antagonist whose plans remain vague but seem to involve him doing away with corporeal existence entirely, supposedly for the benefit of all. You technically play as two different characters, the first an ordinary young man named Akito, who is knocked down and killed by a car in the opening panic. The second is a mysterious sorcerer known only as KK, who starts off the game in incorporeal form but, unable to possess a living person, settles for Akito.

Although it’s later revealed that KK is not, in fact, a guitar-playing dog it’s still unclear whether he was dead or not at the start of the game, or if something else has happened to reduce him to spirit form. Either way, he grants you magical powers to defeat ‘Visitors’ that have invaded the city and are rounding up the impotent spirits of ordinary survivors. Some of these are based on traditional yōkai while others seem to be the developer’s own invention.

The Visitors appear in various forms, such as Slenderman style creatures with umbrellas, headless teenage schoolchildren, and a well-dressed woman with a giant pair of scissors. All are dispatched in the same way though, by shooting what look like laser bolts out of Akito’s fingers, making the action parts of the game essentially a first person shooter. Visitors can be killed simply by shooting them, although if you injure them enough to expose their ‘core’ you can rip it out and get a boost of health and experience points.

The first thing you notice when you start playing is that Ghostwire does not control like a normal first person game. It does in terms of the basic buttons and controls but there’s an odd lag to turning your head, as if you’re not a person but a camera pivoting on a hinge that’s hard to turn for the first fraction of a second. It’s very noticeable for the first hour or so but you quickly get used to it, although combined with a heavy use of auto-aim it’s clear that Tango Gameworks is a developer not used to making first person action games.

They fare better than most when it comes to platforming from a first person view though, with the only problem in Ghostwire being that the mantling seems a little inconsistent in terms of when you can clamber up onto an overhead platform.

Your magical ‘ammo’ is in short supply but replenished by destroying ghostly versions of ordinary vehicles and furniture, while you gain two additional elemental powers as the game progresses. Your initial power is defined as wind, while fire bullets are more powerful but with limited ammo, and water has a wider arc of fire. So far though, there’s nothing to suggest that particular enemies are vulnerable to specific types of attack.

The game also comes with a typical skill tree to unlock and there’s a relatively prominent stealth element, especially when Akito becomes separated from KK (which the on-screen text implies will happen multiple times in the game) and is forced to rely on stealth attacks and consumable items, like creating illusory bushes to block the view of patrolling enemies.

In our first preview we wondered whether there was also a parkour element but while that’s not really evident there is some fun to be had using tengu as grapple points to immediately climb to the top of a skyscraper. From there you can also use a curiously powerful, and completely unexplained, gliding ability. You can fall any distance too, without injury, with KK’s abilities rivalling Doctor Strange in terms of both their power and lack of any clear rules.

If you’re sensing we’re not entirely impressed by the game that’s partially true but, to be honest, at this stage we’re not really sure what to make of it. The basics of combat are not terribly engaging and wandering round Tokyo cleansing torii gates (to remove a deadly fog that acts as an invisible wall) and completing side quests is right out of the big book of Ubisoft open world cliches.

The side quests are all relatively unique, and often focus on specific, non-violent yōkai, but they don’t usually involve much more than a bit of light traversal or poking around a building looking for interactive objects. One has you chasing a possessed doll, for example, while another has you looking out for tanuki that have accidentally transformed themselves into everyday objects.

On the positive side, the game’s recreation of Tokyo is visually impressive, even if there’s no obvious reason why this is a PlayStation 5 console exclusive. The highlighting of Japanese culture and mythology is also a welcome relief from having to save New York City for the hundredth time.

However, beyond the surface novelty there’s very little to latch on to at this point, with shallow combat and equally simplistic exploration and side quests. Ghostwire didn’t need to be a horror game but not only is the combat not exciting but there’s little real tension or atmosphere of any kind. Or at least not yet.

So far, the best parts by far are the moments when the game gets more surreal, such as a sequence, described in our original preview, where suddenly the gravity switches round in an apartment you’re exploring and there are weird illusions everywhere. Some of the cut scenes use similar imagery, such as one where Akito is remembering his sister (who, it turns out, is vital to the plot) as a vision of a past altercation with her plays out as if in a fish tank on the wall and then suddenly shoots off into the distance.

These moments are by far the most interesting in the game and if there’s more of that as it continues then it could end up defying its relatively uninspired opening. We’ve no idea if it will (and aren’t allowed to tell you even if we did) but we hope so, because even if most of the efforts so far are relatively superficial Ghostwire: Tokyo is at least trying to be different.