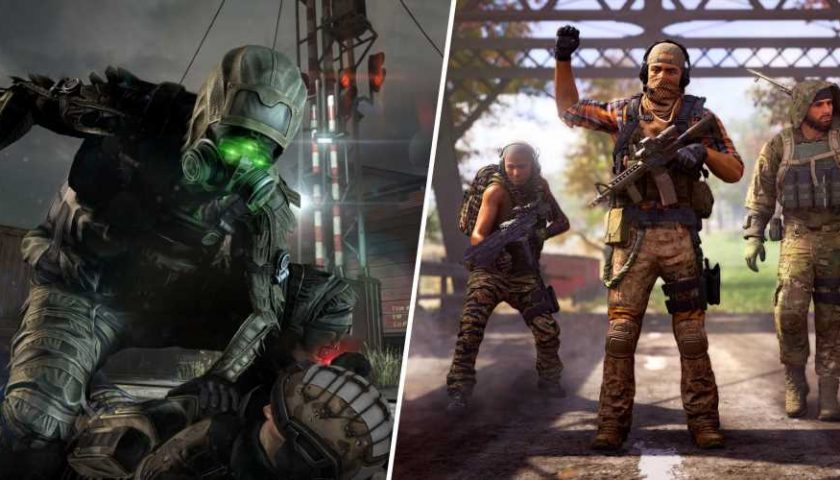 Ubisoft has revealed in an earnings call that it has canceled several upcoming titles, including Ghost Recon Frontline, a Splinter Cell VR game, and two unannounced titles.

This news comes from Axios Gaming reporter Stephen Totilo who was listening along to Ubisoft's earnings call at the time. Ubisoft doesn't give us any clue as to what these unannounced titles actually were or why they've been canceled alongside Ghost Recon Frontline and Splinter Cell VR, but it's not too surprising considering they're both likely low on Ubisoft's list of priorities.

Ghost Recon Frontline was announced in late 2021 and was expected to be another crack at a successful battle royale for Ubisoft. Details about the Splinter Cell VR game are more sparse, but a press release from 2020 revealed that the game was actually in development for Oculus systems. We haven't heard too much about either game since their respective announcements, which makes their cancellations all the more unsurprising.

During the same earnings call, Ubisoft also gave fans some more bad news as it revealed Avatar: Frontiers of Pandora has been delayed out of the current fiscal year. This means the earliest we'll get our hands on the game is April 2023, but the delay could have pushed the game back even further into 2024. Similar to the Splinter Cell VR and Ghost Recon Frontline cancellations, Ubisoft refrained from providing any specific reasoning as to why.

Hopefully, Ubisoft will have some good news to share during its Ubisoft Forward event that will take place on September 10 later this year. The publisher has revealed that the showcase will feature several updates on previously announced games, so we may get to see some more of Avatar: Frontiers of Pandora then. It's also expected that Ubisoft will reveal the future of Assassin's Creed, as reports suggest the next game in the series will be set in Baghdad.