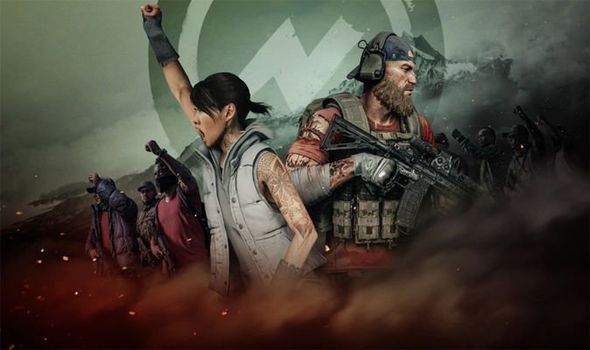 Ghost Recon Breakpoint developer Ubisoft is about to release title update 2.1.0 for PS4, Xbox One and PC. One of the most important and requested updates yet, the new Ghost Recon Breakpoint release adds support for AI teammates. And it’s certainly been a long time coming, having originally been announced all the way back in June 2019, during the Ubisoft E3 conference.

The Ghost Recon AI teammate update has a July 15 release date on PS4, Xbox One and PC.

It’s especially good news for fans in the UK, who can download and install the update from 10am BST.

Title update 2.1.0 weighs in at around 17.7GB on PS4, 19GB on Xbox One and 16GB on PC. It’s important to point out that you’ll need to have the update installed in order to keep on playing.

The headline new feature is the addition of computer-controlled teammates in Ghost Recon Breakpoint.

According to the patch notes, AI teammates can be activated, deactivated and fully customised from the lobby menu.

Once your teammates are in play, you can call them back with the Regroup command, send them to a designated position with the Go To option, and get them to engage enemies or stay in cover.

Ubisoft explains more: “You will not be able to access Project Titan with AI Teammates. The challenges in the raid require communication and coordination among players that will not be possible with AI teammates.”

Running until July 29, the new event adds nine new missions, including rescue, convoy and assault challenges. Successfully complete the missions and you can unlock exclusive rewards.

• Made improvements to movement/running animations visible from further camera settings.

• Fixed an issue where the DMR rifle caused an instant kill glitch.

• This issue has been addressed by the team as per player reports. Please let us know if you still see this occur in game; either the same or in a new form.

• Fixed an issue where the Logistics Expert milestone could not be completed.

• Fixed an issue which would prevent players from unlocking upgrades for MK2 and MK3 even with perks unlocked in Ghost War.

• Fixed several clipping issues on items. See the full list of items impacted by this fix below.

• Fury, Fixit, and Vasily figures will now be available by default in the game.

• Fixed an issue where NPCs, who are killed with a headshot, would shout.

• Fixed an issue where reload input would be triggered if players cancel heal animation.

• Fixed an issue where unlocking clues during “What’s the plan to extract the Strategist?” investigation would not complete the mission.

• Fixed an issue where Echelon Sonar Vision would not mark kamikaze drones during Cerberus fight.

• Fixed an issue where shaders would be displayed in high intensity on collectibles or pickable items.

• Fixed an issue where taking the Intel would not update the Intel description in HUD.

• Fixed an issue where there would be inconsistency on “Damage to Drones” text on upgrades for different weapon classes.